OF THE BOOKER INTERNATIONAL PRIZE

Multi international award-winning Israeli novelist DAVID GROSSMAN has been awarded the Booker Inter-national Award for 2017. The prize is shared by his translator. Grossman’s winning novel A Horse Walks Into A Bar has been reviewed in the May 2017 issue of Bay Magazine and is now online for your reference, go to: www.theswanseabay.co.uk Articles>Issues>May 2017 Issue 81 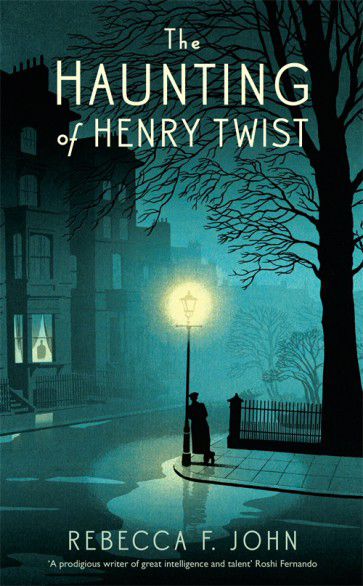 Welcoming the debut of a local novelist is a matter of pride for Swansea, but when the novel is as engaging as The Haunting of Henry Twist, we are happy to laud the prowess of the youthful author unreservedly. Born in Pwll, Rebecca F John lives in Swansea, and already has a reputation as a short-story writer whose work has been shortlisted for the prestigious Sunday Times short-story competition, broadcast on Radio 4 and has won numerous commendations and awards.

The Haunting Of Henry Twist is set in London and tells the story of the lovely Welsh girl Ruby who meets and marries the handsome banker Henry Twist, the culmination of a passionate affair.

But disaster strikes when the heavily pregnant Ruby is hit by a bus, a fatal accident that leaves Henry as a grieving single parent. The sinister figure who starts to haunt Henry soon after Ruby’s funeral is the equally good-looking Jack Turner who creepily bears an injury exactly like the impact that killed Ruby.

Where every aspect of his life had been haunted by painful memories of Ruby’s presence, his developing friendship with the mysterious Jack seems to fill the void of Henry’s bereavement, culminating in a loving homosexual affair. Together, the same-sex couple tenderly raise the motherless infant, Libby.

Rebecca F John’s prose is vivid, sparkling with intelligent observation, and her novel is lifted above the commonplace by its very contemporary treatment of homosexual love. Rebecca’s portrayal of the homo-erotic affair is beautifully and sensitively handled, reminiscent of Booker-winner Alan Hollinghurst’s acclaimed novel Line of Duty. Line of Duty was made into a BBC series, and The Haunting of Henry Twist has the same dramatic visual potential.

I have no doubt that we will be hearing a great deal more about the seriously talented Rebecca F John.  We have good reason to be proud of our very own debut novelist and have no doubt that The Haunting of Henry Twist will receive the wide readership it deserves. 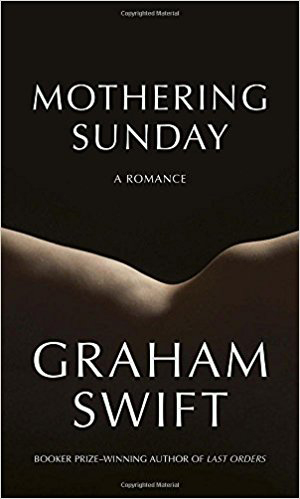 A new work by Booker winner (1996) Graham Swift is a matter for celebration. Swift is a multi award-winning novelist who ranks among the top ten contemporary British writers. His novels are quintessentially English in tone, with deceptively simple plots and delicately drawn characters whose essence is captured in understated yet perfect prose.

Set in 1924 on the eponymous day of celebrating maternity, Mothering Sunday tells the story of Jane Fairchild, a young housemaid in an opulent English country house, and her tempestuous affair with Peter, a member of the local gentry. Despite vivid scenes of sultry sexuality and violent death, Mothering Sunday remains a gentle narrative of the rites of passage undergone by Jane as she develops from humble beginnings to fulfil her destiny in interbellum Britain. Her love of books and reading opens the doors to the future in a novel infused with warmth and innocence.

Mothering Sunday is Graham Swift at his literary best – do not miss it. 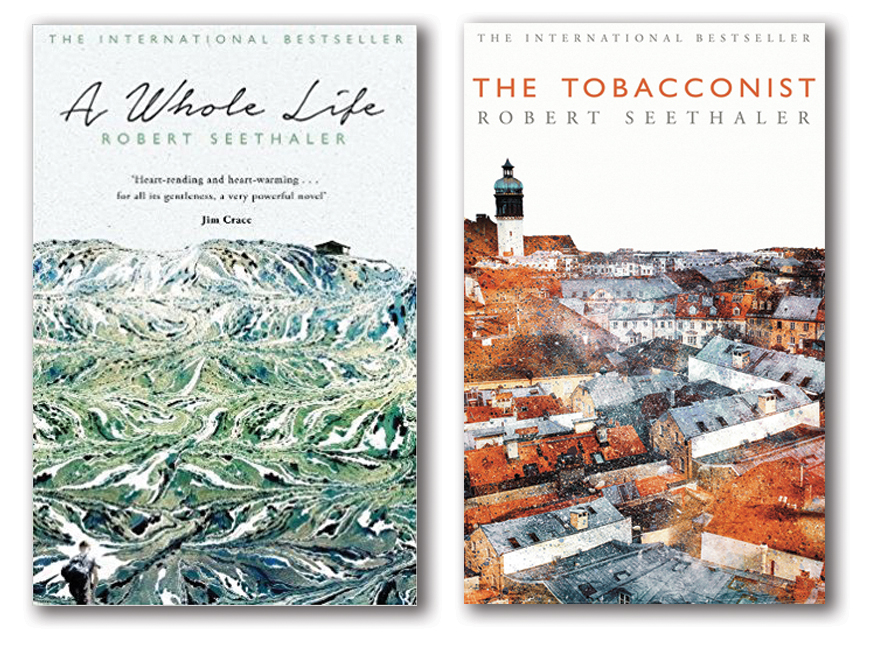 A Whole Life by Robert Seethaler Translated from the German by Charlotte Collins (Picador £7.99)

The Tobacconist by Robert Seethaler Translated from the German by Charlotte Collins (Picador £12.99)

Actor and novelist, Austrian born Robert Seethaler first came to the notice of the International literary world when his arresting novel A Whole Life was shortlisted for the Booker International in 2015. Set entirely in the Austrian Alps, in a remote mountain village, A Whole Life tells the story of the little orphan Andreas Egger who grows up, abused and lamed by his uncle, into a young man, his life shaped by the rhythms of the unforgiving elements.

The narrative of Eggers’ austere existence is leavened by emotive descriptions of the mountainous terrain he inhabits, his short sojourn as a soldier baffled by the unfeeling engine of war, and his danger-ous life as a troubleshooter on the cablecars. Andreas’ story is a simple tale of loneliness and love, avalanches and alienation, harsh weather and hard labour beautifully told in pure, unembellished prose.

Robert Seethaler’s latest novel, The Tobacconist, also a Bildungsroman, uses an urban setting in Vienna for our protagonist Franz Huchel, a country lad whose single-parent mother sends him off as an apprentice to her crippled tobacconist friend Otto.

Seethaler develops the character of young Franz using the tobacconist’s shop as a backdrop for his encounters with first love, his relationship with his boss and the customers and his brutal experiences with ugly Nazi racism, anti-semitism and crude thuggery. Seethaler’s treatment of these issues is delicate and poignant revealing a sensitivity in both author and protagonist that is rare and touching.

But above all, The Tobacconist is about Franz’ relationship with his most famous customer, Professor Sigmund Freud who encourages his young friend to write down his dreams every day as a method of coping with his grief and rage when the Nazis destroy his world: his girlfriend takes up with an SS officer and his employer Otto is murdered by the Nazi oppressors for having Jewish customers.

Eventually, even Freud is hounded out of Vienna, seeking sanctuary in Britain and leaving Franz to grieve alone.

This exquisitely written tale of love and friendship is a journey into beauty that you must undertake.

Visiting the realm of non fiction—–

Three brilliant books of ideas and ideology for reading at leisure 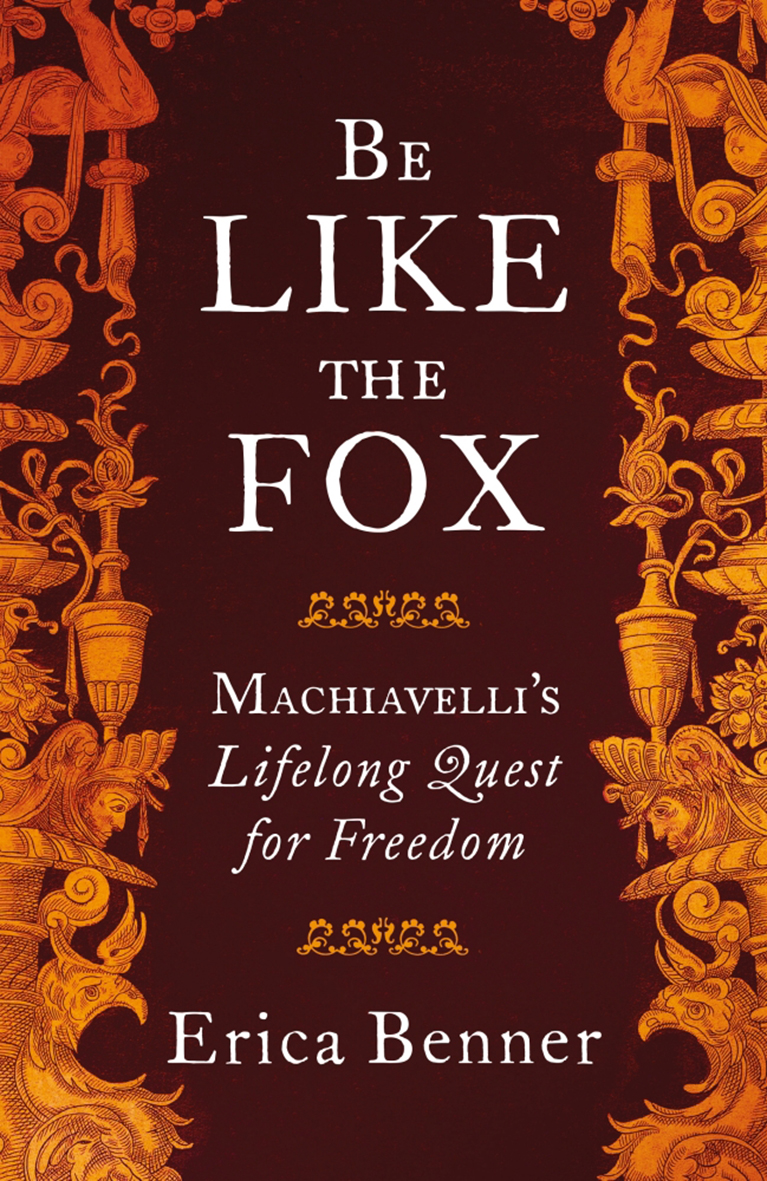 That crafty old fox, medieval Italian statesman Niccolo Machiavelli, returns to this column in a brilliant new biography by Prof Erica Benner. Benner is the author of several expert analyses of Machiavelli’s The Prince and of his other treatises.

The late Italian litterateur Italo Calvino ranks Machiavelli alongside Galileo as a great Italian prose writer—but to most of us his Il Principe (published in 1532), as translated into English, represents the most devious of unprinci-pled advice to the Prince he aspired to find favour with, the infamous Cesare Borgia.

In Be Like The Fox, Prof Benner uses her expertise in political philosophy to present a very vivid and direct narration of the life of history’s most famous civil servant, whose name is widely known even 503 years after his death. Machiavelli and his peers and masters come to life in this assiduously researched biography, a result of Benner’s thoughtful approach to his volatile life and times.

In contrast to Prof Philip Bobbitt’s erudite 2014 study The Garments of Court and Palace, where the intricacies of Machiavelli’s life and times are discussed with some formality (reviewed in Bay Feb 2015), Prof Benner’s scholarly approach manages to offer a more personalised view of Machiavelli’s private and professional life. I would read both biographies this summer and enjoy this rare multifaceted perspective of Niccolo Machiavelli’s career. 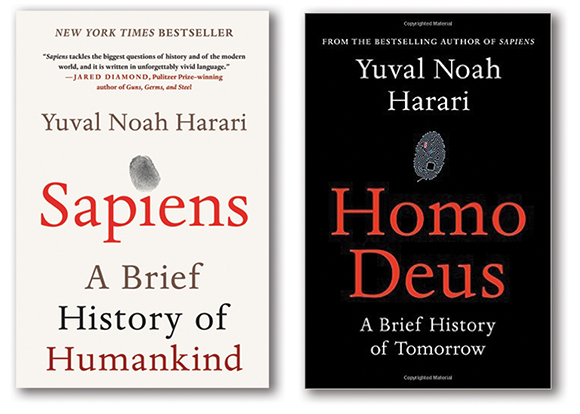 Israeli historian Yuval Noah Harari’s two sophisticated works on the story of mankind have been on the bestseller lists of the Sunday Times and the New York Times for months on end. The reason for the huge popularity of these heavy tomes lies in Harari’s ability to tell us our own story, past, present and future in prose so lively and language so visual that reading his books is like cuddling up as a child with an encyclopedia on a rainy afternoon.

In Sapiens, Harari takes us on a comprehensive and scholarly tour of the past of our genus homo sapiens, from ‘insignificant apes to rulers of the world.’ Turn to any page and you will find a familiar scenario, for this is the detailed and erudite narrative of our sojourn on this planet: we are knowledgeable about the facts, but it is Harari’s vivid interpretation that holds your attention, as you discover facets of our past, the relevance of which we have overlooked or undervalued.

In Homo Deus, Harari takes a look at the future that can be extrapolated from the events of our past, ‘a brief history of tomorrow’ as expressed in his subtitle. Harari speculates on what the 21st century holds for us based on a philosophic and scientific analysis of sociobiological and societal developments in the same vigorous and engaging prose that makes this as riveting a read as any thriller.

Sapiens and Homo Deus are perfect holiday reading—both are books you can dip into at leisure, but which draw you back to their infinitely fascinating pages irresistibly. 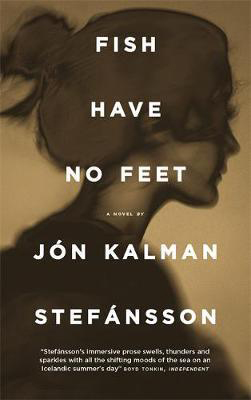 Fish Have No Feet by Jon Kalman Stefansson Translated from the Icelandic by Phil Roughton (Maclehose Press £14.99)

The Booker International is the catalyst that brings literary works from all over the world into our English-speaking ken. Reading these novels enables us to visit foreign nations – in this case Iceland, a country with which we are unfamiliar except for cod wars, volcanic ash and financ-ial debacles. Jon Kalman Stefansson’s Fish Have No Feet takes us on a meet and greet tour of Keflavik, a small town in Iceland, following the story of Ari and his family, examining relation-ships, landscapes and life experiences on the edge of the Arctic Circle.

Idiotic official fishing quotas, bitter sub-zero weather conditions in a bleak volcanic terrain, and inter-action with a huge neighbouring US military base make life in Keflavik excitingly foreign and a revela-tion for readers everywhere. Jon Kalman Stefansson’s writing has an extraordinary strength of expression: every word is carefully selected to drive the novel powerfully forward.