CHARLES WILSON WATKINS has been doing a bit of digging on Gower farming, to tie in with the 100th Gower Show. Bay magazine will be there again this year – pop along to our stand and say hello if you’re passing. It’s a great day out for all the family – including the dog! 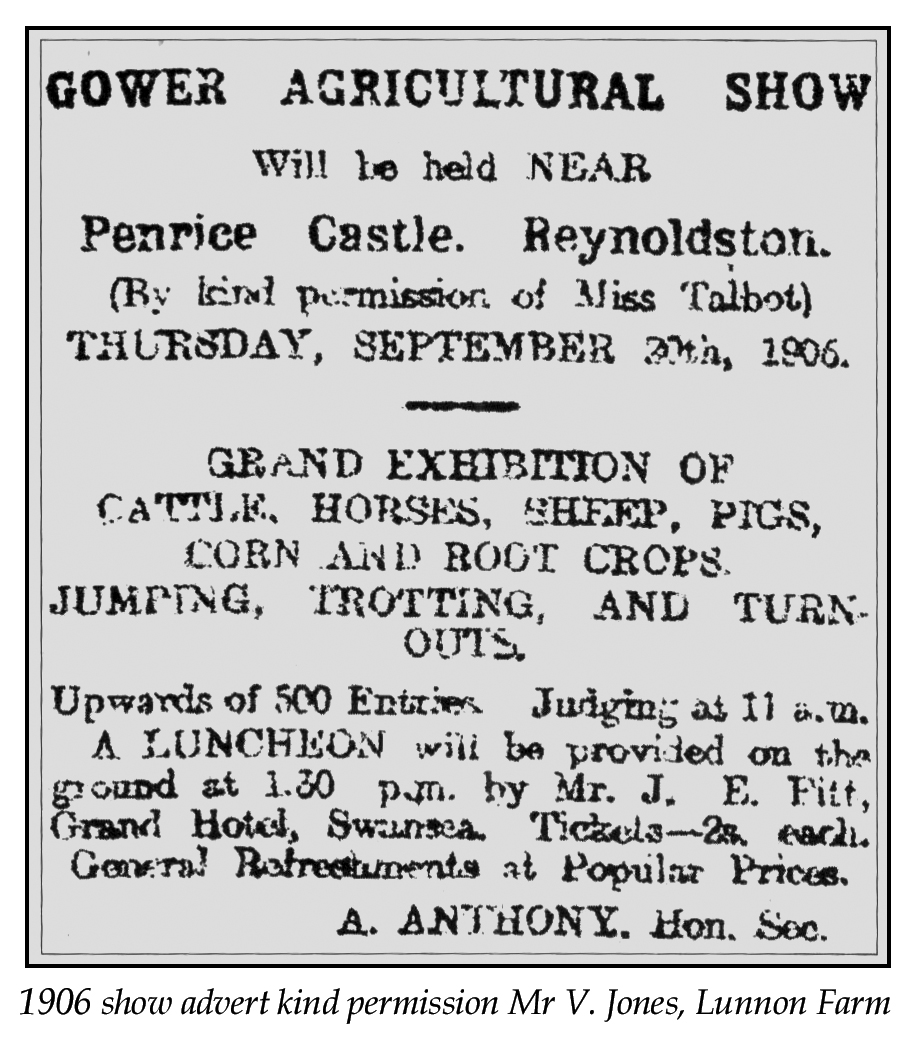 As this issue of the Bay is to be distributed at the 100th Gower Show I thought it timely to write about the history of farming on Gower.

Farming on Gower goes back to the Stone Age. Gower has the oldest known ceremonial burial in Western Europe – that of the Red Lady of Paviland – discovered in 1823, we now know that she, was in fact a he.

Since, the Stone Age, farming has played an important part in the history and the landscape of south facing Gower. The crops that are grown are Gower early potatoes, allowing for another crop, swede, cauliflower, and cabbage to be sown later. Gower also produces some of the best, most flavoursome lamb and beef. The fields are bordered by hedges and dry stone walls, marking the boundaries between live-stock, and crops, although the hedge doesn’t stop all unwelcomed visitors – rabbits, which were introduced by the Normans.

The first Gower Show, known as the Gower Agricultural Show, (see poster above) was held at Penrice Castle on the 20th September 1906, by the Gower Agricultural Society by kind permission of Miss Emily Talbot, an heiress and industrialist of South Wales. At the time of her death in 1918, she was one of the wealthiest women in Great Britain.

Prior to the show, the society had met at the Jeffreys Arms in Oxford Street, where judges were given their judging categories, which included: – “Cattle, Agricultural Horses, Light Horse incorporating jumping and trotting, Corn, Roots in Yard and finally Roots in Field”. Subscription for the first show amounted to nearly £70 (£7840 in today’s terms), Glamorgan County Council were awarded £2 (£224) for fresh and salt butter! Unfortunately, I couldn’t find any 1906 results printed, however, 1907 results were reported in a very lengthy article. 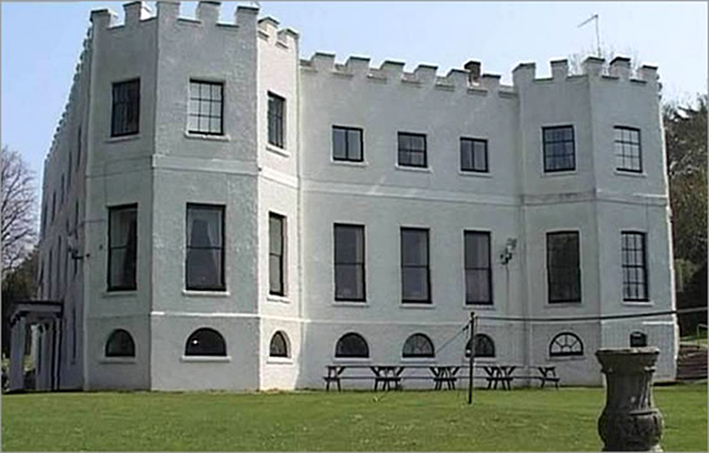 1907 Gower Agricultural Show was held at Kilvrough, (pictured left) in the Home Farm grounds of Admiral Sir Algernon Lyons, President of the Society. The show had the same categories as the previous year. Looking at the results, it looks like both Lyons and Talbot won everything, although there is a list of other farmers of the area.

After 1914 there was no show until 1919 due to the outbreak of the WWI, not only did the local boys go off to fight, but the horses were requisitioned too. The Gower Show was held at Kilvrough from 1919 until 1925. Sadly Lyons had died in 1908 – he was Admiral of the Fleet, having seen action at Crimea.

We have to appreciate that during the 1920s there weren’t huge numbers of vehicles, and the animals/cattle had been herded through the lanes of Gower. From 1926 the show was held annually at Penrice, and this carried on until the outbreak of the WWII in 1939.

If you have an ancestor who worked as a Land Girl during the Second World War you may be interested to know that the Ministry of Agriculture and Fisheries has produced a National Farm Survey of England and Wales 1941 – 1943 which can be viewed at the National Archives in Kew, London.

1946, was the 31st Gower Show. All shows were held at Penrice until 1987, when it was moved to Fairwood Common, but it was decided that it was not a suitable venue. There was no show in 2001, due the Foot and Mouth outbreak. The following year, in 2002 the show return-ed to its “ancestral home” of Penrice. It has been there ever since apart from 2007, when there was another outbreak of Foot and Mouth. 2017 marks the hundredth show.

Gower has always had a strong sense of agricultural character, and the future of farming looks positive, even though it has been diversified into other ‘fields’ such as tourism.

I would like to thank, Viv and Mary Jones, of Great Lunnon Farm, Lunnon, Parkmill, who furnished me with the various dates used in the article and who stated of The Gower Show, “the day is a special day in the Gower farming calendar as well as being a social occasion and it is an opportunity to educate the general public in farming matters and country life”.

THIS YEAR’S SHOW IS ON SUNDAY 6th AUGUST

9am – 6pm Penrice Castle Park. On the gate admission for adults is £10 and Children/Seniors £5, Under 5s FREE