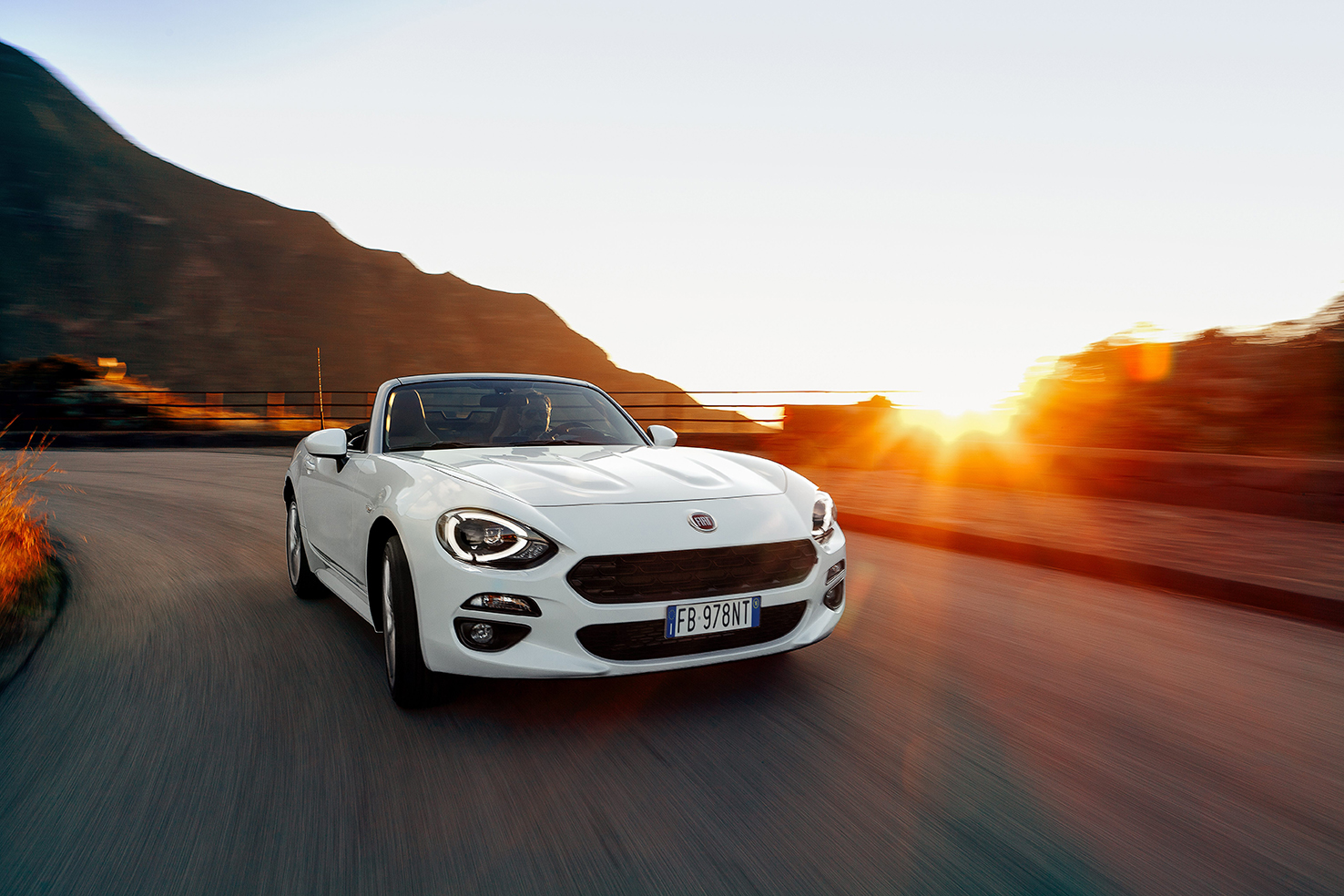 How do you feel about cover-versions? Do you think Jimi Hendrix did a better job of All Along the Watchtower than the now Nobel Prize winning Bob Dylan? Did Westlife croon Uptown Girl better than Billy Joel? Is Aretha Franklin worthy of more R-E-S-P-E-C-T than Otis Redding? Do you prefer your Hallelujahs by Jeff Buckley or Leonard Cohen?

The reason I ask is because of the latest two-seater to come from FIAT. It’s called the 124 Spider, and a very pretty car – as Raffaele Vallone once said of Michael Caine’s Aston Martin DB4 Volante in The Italian Job before he threw it off a mountainside – it is too. 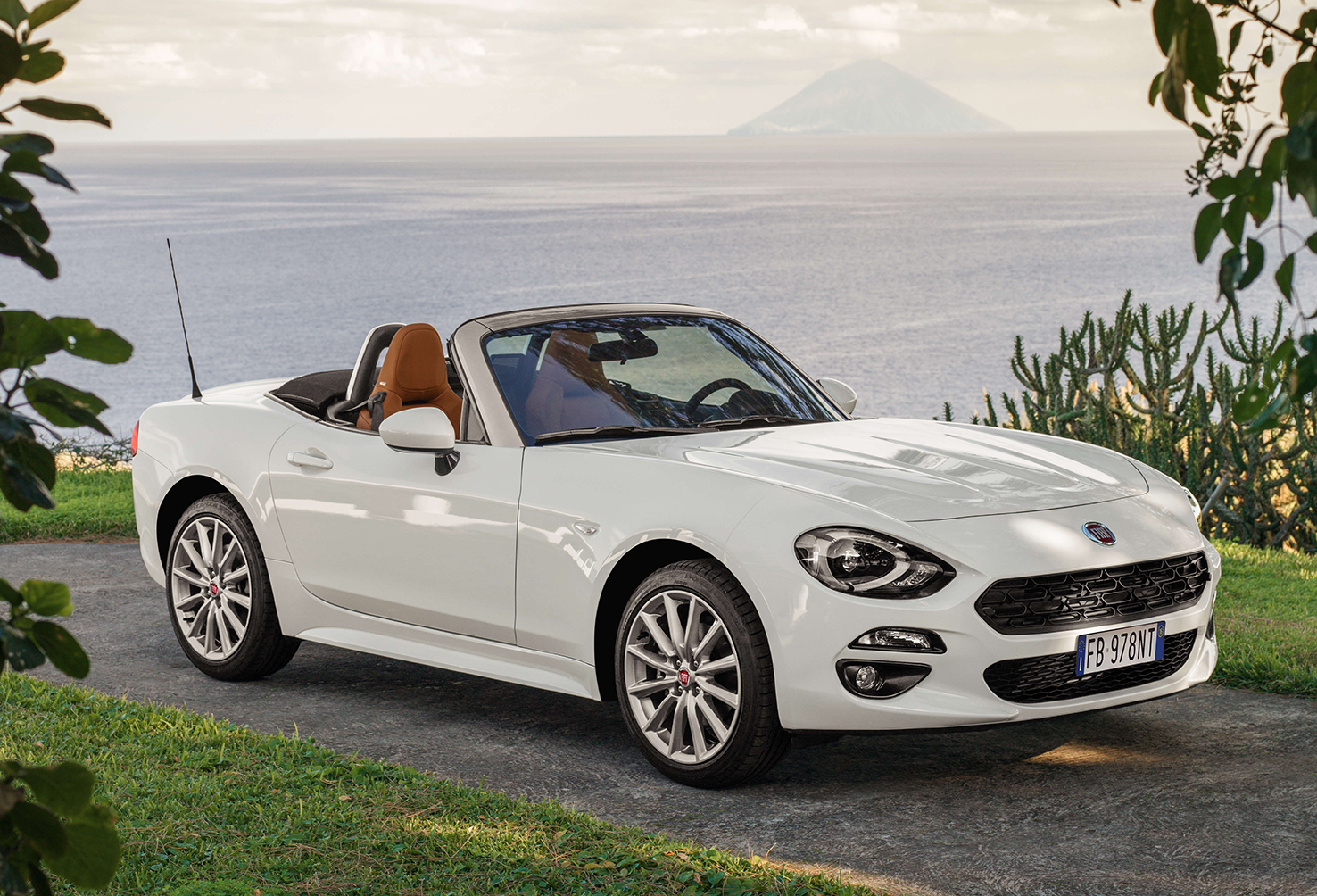 Revealed to European eyes for the first time at the 2016 Geneva Motor Show the 124 Spider was designed to commemorate the 50th anniversary of the unveiling of the original 124 in Turin in 1966. And, so FIAT say, “The 124 Spider brings classic Italian styling and an authentic roadster driving experience to a whole new generation of enthusiasts”.

Or does it? You see there’s more to this little drop-top than at first meets the eye. Look closely. Wouldn’t you say there’s something rather familiar about it? And I don’t just mean that classic long-bonnet-short-tail two-seater profile either.

That’s because underneath the new 124 Spider lurks Mazda’s perennial MX5 – and that’s no bad thing in my book. Mazda supply FIAT with a virtually complete set of the MX5’s underpinnings to which they also fit, in their plant in Hiroshima, FIAT’s 1.4 litre turbo-charged Multiair engine, some far less angular and all-together curvier body panels, a pair of brighter hued leather seats and associated dash trimmings, a softer suspension set-up and, well, that’s about it. The interior switches and dials are the same as the MX5’s; the voice-activated sat-nav and DAB (we drove the very Mediterranean-monikered Lusso-Plus specced 124) are the same as the MX5’s; the steering wheel is the same as the MX5’s, albeit now resplendent with Fiat’s red, lozenge-shaped badge; the lack of storage space, apart from a cubby between the seats and a boot that’ll just about swallow a weekend’s luggage is the same as an MX5’s … you get the idea. 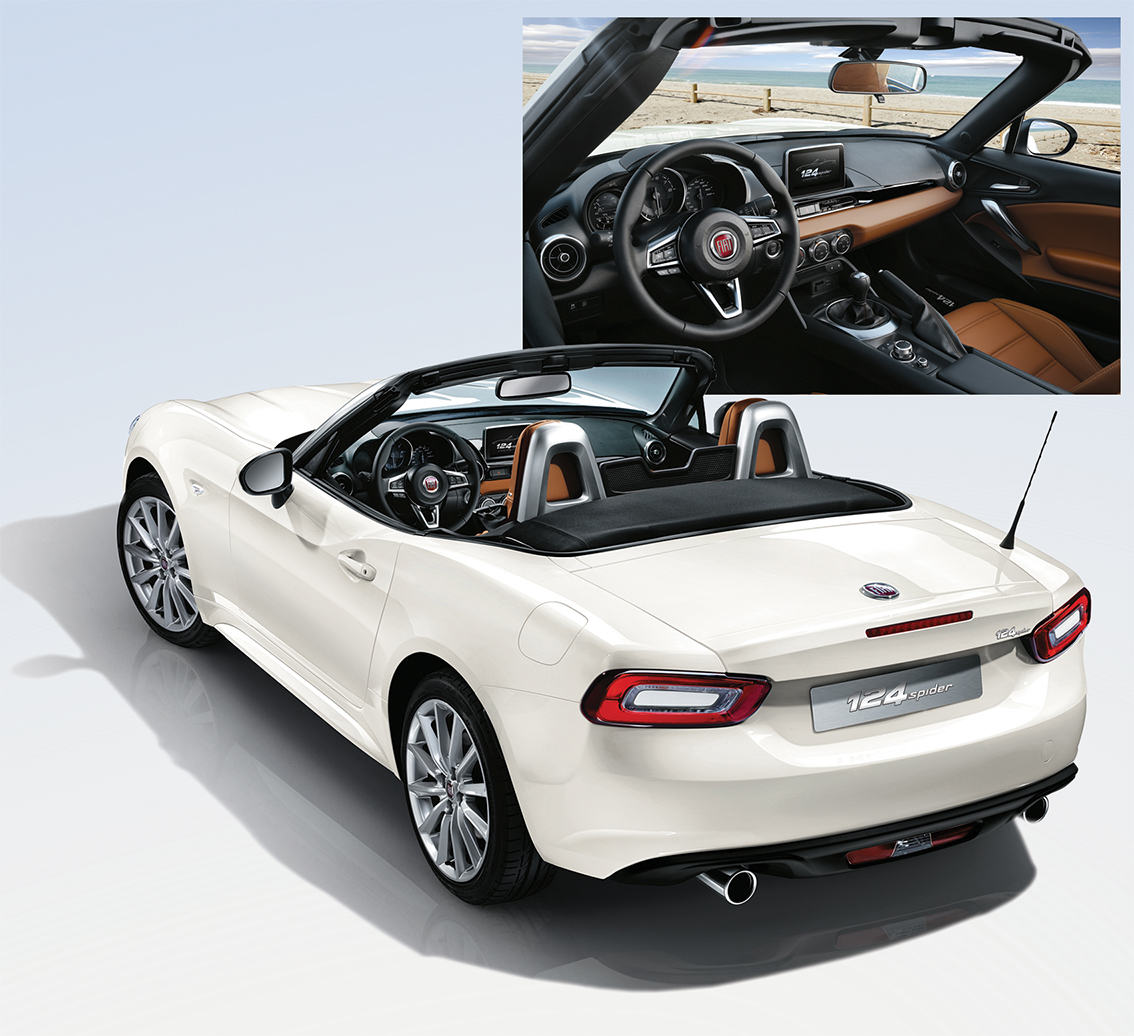 The 124 Spider even gets the same hood-up-hood-down-with-just-one-hand-and-in-less-time-than-it-takes-to-say-everthing-is-the same-as-an MX5-in-here roof. It gets the same deliciously snickety 6-Speed manual gear-box too. Both of which are also good things that I and a host of Mazda MX5 owners the world over can assure you. An auto is also available, but why would you want one of those in a car like this?

You could be forgiven then for thinking that the FIAT 124 Spider feels the same as an MX5. And it does. You still get the same wind-in-the-hair thrills and pin-sharp precision steering – although now it’s a tad heavier…

And, well, it doesn’t. There are differences. There’s that softer suspension for a start.

And because FIAT’s engine is a turbo rather than Mazda’s choice of naturally aspirated units (1.5l or 2.0l) there’s noticeable lag. As a result the 124 feels more relaxed, and less eager perhaps. It doesn’t respond so readily to the throttle. It’s actually the easier car to drive; keep it above 2000rpm and it requires less work from you as driver than an MX5 does.

But isn’t that the whole point of sports-car? Surely you’re meant to work that little bit harder to gain your rewards.

It’s thirstier than an MX5 too; over a week in the 124’s company I never bettered 38mpg. In certain specs it’s pricier as well.

Think not then of 124 Spider as FIAT’s return to building the perfect sports-car – although I will concede it is a very good one. This pretty little sharp-suited Italian is ultimately more suited to the boulevards of Milan than it ever will be to the legendary banking at Monza.

The 124 Spider is proof, if ever it were needed, that even though the arrangement might be the familiar, the song when really sung, doesn’t always remain the same.