DO THE LOCOMOTION! SIMON FRY PREVIEWS AN EXTRAORDINARY EVENT 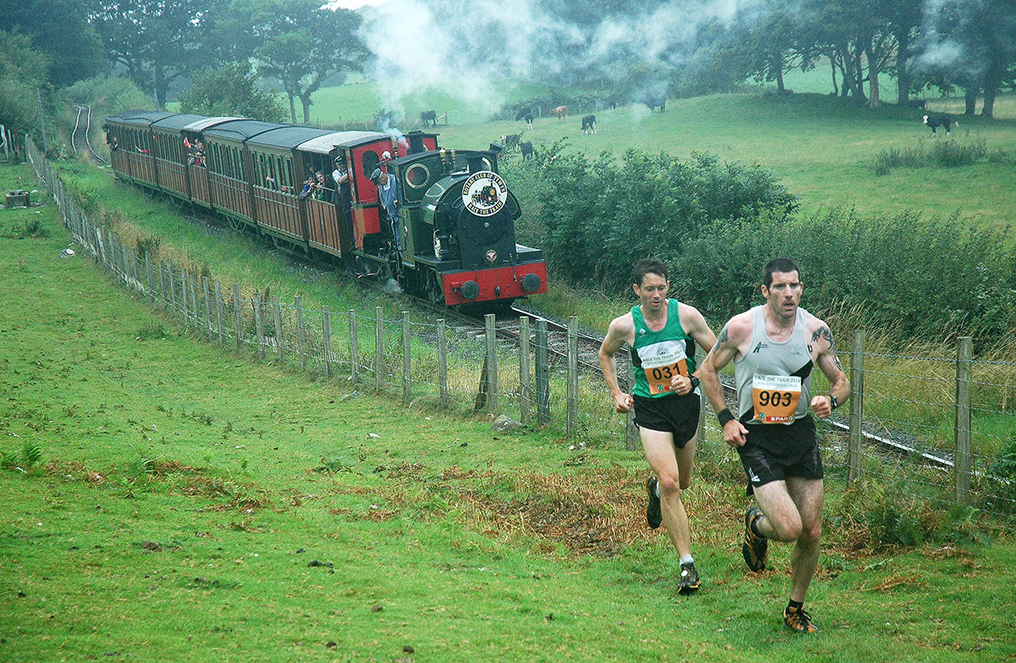 Once a year the historic town of Tywyn, Gwynedd (inhabitants 3,264) has its population swell when up to 1,800 runners and their familial support teams arrive for a race with a difference – the ultimate battle between man and machine.

Saturday August 19 sees the 34th running of Race the Train, along a seven-mile route along the Talyllyn Railway from Tywyn to Abergynolwyn and back, wherein those on foot attempt to complete the journey before the engine does.

The route follows the train track as closely as possible, taking in a variety of public roads, farm tracks, lanes, unmetalled roads, rough grazing pasture and agricultural land, and as much of the course is across private land, runners new to the race must compete without a pre-event recce.

Competitors come from across the globe, including Canada, the USA and Australia for an event covered by Runners World and other publications and featuring on running bucket lists. Decades of staging has ensured the only hitches are the train’s couplings, with participants praising race organisers in the past for their effective communication in advance, efficient marshalling throughout, an abundance of photographers and a generous goodie bag to take home. This year’s medals look particularly well worth winning.

Last year’s spectacle was added to by Warwick couple Maria Cottom and Alan Farmer being married at Abergynolwyn Station before taking part.

While those on two legs get refreshment and water stations en route, the train must stop for around ten minutes for refuelling and the taking on of water, meaning runners keeping to a target pace of 4 minutes 50 seconds per kilometre, running 14 miles in under one hour 48 minutes, should beat the train even if at times they fall behind.

Not that their fate is in their own hands (or feet). Maintaining a steady stride can be extremely difficult, due to constantly-changing terrain, from narrow footpaths (where getting stuck behind a slower runner will cost vital time) to steeply ascending and descending sections which can be extremely muddy and wet. Indeed, one section of bog near Dalgoch Waterfall, towards the race’s end is notorious for depriving runners of their footwear.

You may not be surprised to discover the race is the brainchild of someone from a profession renowned for inflicting pain on others.

The event was first run in 1984 when local dentist Godfrey Worsey, along with members of the Talyllyn Railway and local Rotary Club farmers put their heads together to devise the challenge.

In April this year the Rotary Club of Tywyn was presented with the Wallasey Cup, presented by District 1180 of Rotary International Britain and Ireland awarded for ‘best club project’ for having organised the event for 33 years.

During this time Godfrey has served for many years as race director and the race has raised over £250,000 for charity. 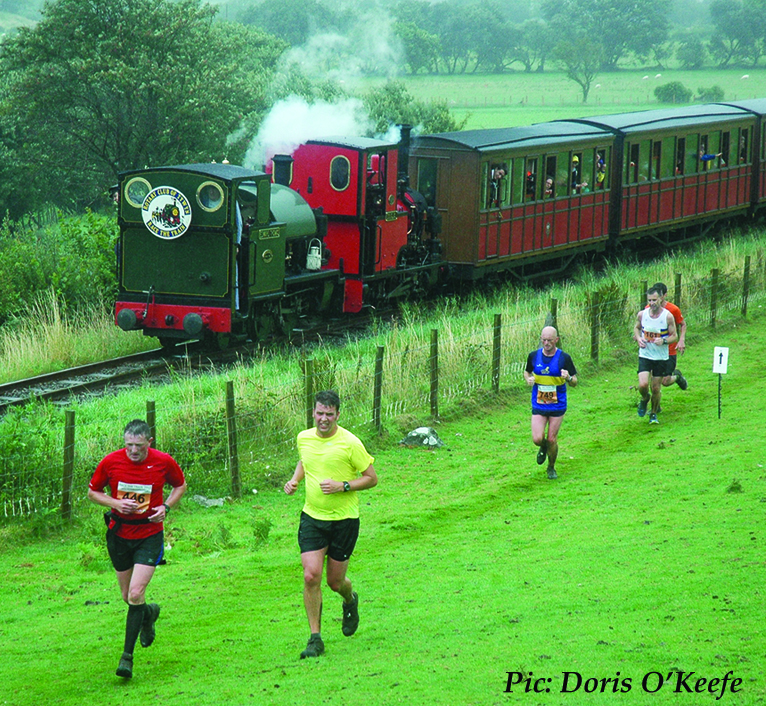 While the first staging had around 48 competit-ors in a single race, 2017’s day will see races of 14, 10, 5.5 and 3.5 miles length, along with a ‘Toddlers Trot’ for the youngest entrants – parents are even allowed to carry babies! Around 250 entries are expected.

This is held on part of the standard route, with competitors crossing the official finish line. It is due to start around 1pm, although as this race is staged to fit in with the morning races’ returning runners this time is flexible.

Naturally, it is not just the competitors feeling the excitement, with their family and friends invited to lend support. Spectators are able to cheer on from the trains being raced, and for the main races a second train is run as soon as legally allowed after the race train. This gives slower runners the best chance of being spotted.

Bay wishes ‘Pob lwc’ to all heading off to Tywyn this month.