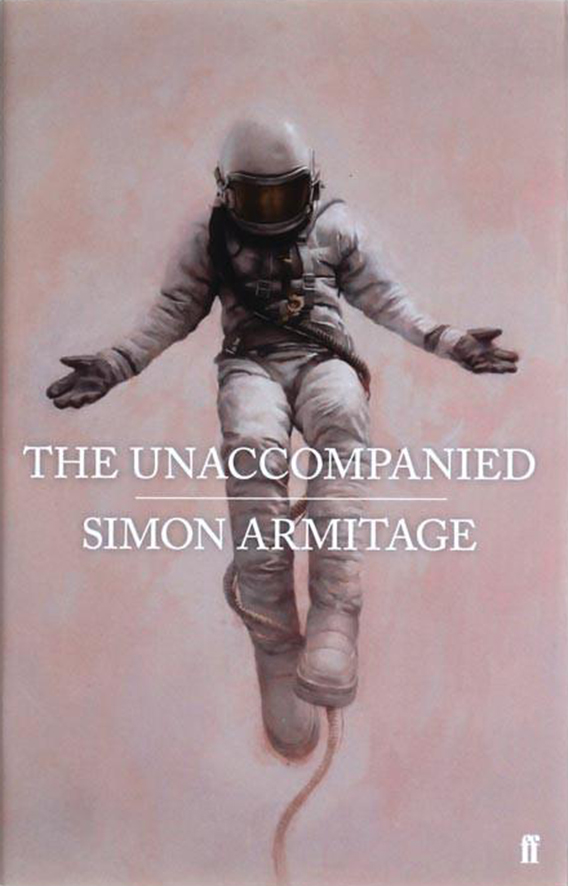 How pleasant it is to settle down with a small bag of M&Ms and a fresh new volume of verse — especially when the poet is Simon Armitage and the volume his new collection The Unaccompanied.

Most of the poems in the celebrated poet’s 11th collection are characteristically short, accessible and enjoyable, treating as they do of the warp and weft of our everyday life, urban and rural.

Armitage gives voice to our experience of inner city decay, and of the spirit in which we view it. One poem muses on that sad hallmark of poverty purchasing, Poundland; another entitled Emergency looks at the string of failed businesses that occupied a rundown site where once a firestation stood, and a third, Nurse At A Bus-stop, portrays a poignant vignette of a nurse patiently waiting for a bus. Thank You For Waiting is an ironic look at blatant class snobbery in an airline check-in queue.

Describing a fell walk with his dog, in The Candlelighter, Simon Armitage delivers his valediction of the English countryside, as man and dog surprise a wild red deer; other glimpses of rural England, equally pleasant and pleasing, involve a noisy ambush by a snipe in the eponoymous poem.

From harsh impressions of urban unsightliness to the soothing sights and sounds of our countryside, Simon Armitage shares his inner vision of contemporary Britain with us…… And then, out of nowhere appears Deor, an unexpected reveal of beautiful medieval alliterative verse, retelling a poet’s lament for the lost glory of the Geats and the Goths, straight from the heartland of Beowulf.

I have nothing further to add. But you can see, The Unaccompanied is a must-have. The M&Ms are optional. 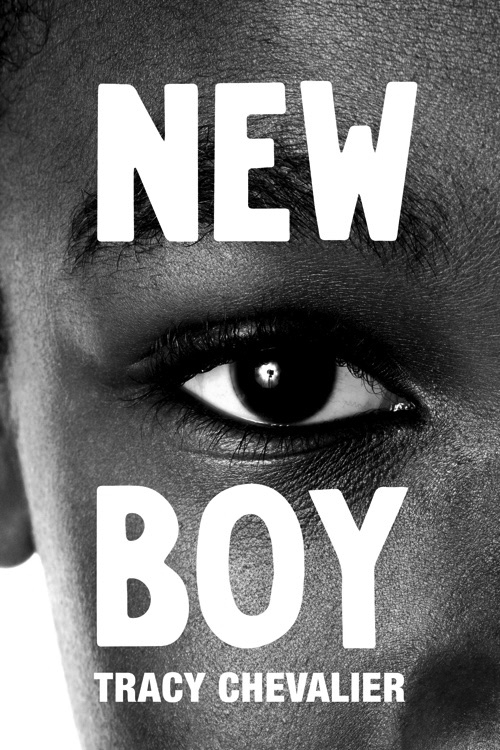 The Hogarth Shakespeare series, celebrating the Bard’s 450th anniversary, was launched in 2015 with Jeanette Winterson’s The Gap of Time, a retelling of The Winter’s Tale, followed by  Booker Prize winner Howard Jacobson’s Shylock Is My Name (reviewed in Bay Feb 2016) and Margaret Atwood’s Hag-Seed, a reinterpretation of The Tempest (reviewed in Bay Feb 2017).

The latest in the series is New Boy, an adaptation of the Bard’s most-performed tragedy Othello by Tracey Chevalier. It must be remembered that Shakespeare himself was a great ‘reteller’, a dramatiser of widely-known historical events and writings. The narrative of Othello itself has its origins in the contemporaneous (1565) Italian storyteller Cinthio’s ‘A Moorish Captain’.

Chevalier brings this well-known story of betrayal, jealousy and murderous revenge into a modern American school in Washington DC, the drama unfolding in the playground, with Othello depicted as the new boy, black Osei, the much travelled son of a Ghanaian diplomat, with the nickname ‘O’. Desdemona is ‘D’ the pretty and popular Dee, who is fascinated by O’s exoticism and beauty.

Heavy-handed parallels mar the fluency of the narrative somewhat: Brabantio becomes the school principal Mr Brabant, Cassio is the play-ground hero Caspar, Bianca is his girlfriend Blanca, Iago is Ian conspiring jealously with his seedy friend Rod — Roderigo of course. The tragic end is inevitable, the drama perpetuated as modern-day racial tension —- no less moving for the transplantation of the Shakes-pearean legacy into a 21st century American school playground. 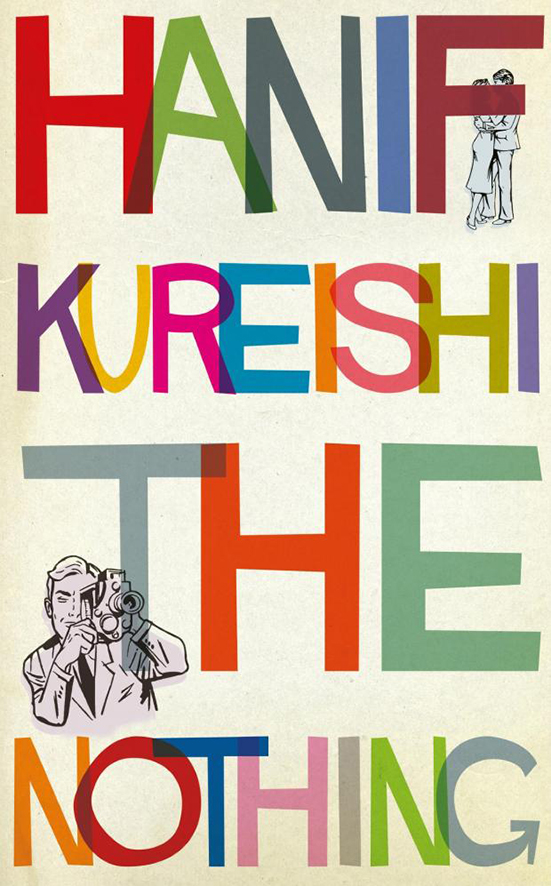 Pakistan-born Hanif Kureishi is among the foremost contemporary ethnic minority writers in English today. His novels and screenplays based on modern life in Britain, have won him multiple awards and have also been made into Oscar nominated films and TV series.

Unlike the world renowned Indian novelist Salman Rashdie, of fatwa fame, whose most successful novels hark back to his birthplace, Mumbai and plunder the days of colonial India as a rich source of significant people and colourful incident, Kureishi finds his inspiration in modern multicultural Britain and its minority communities.

As the demographic balance in the UK shifts towards a majority of 5o+, Hanif Kureishi’s new novel aptly focuses on the vulnerability and the stubborn resilience of the elderly. In The Nothing, Kureishi explores the effects of a decaying old age on a powerful film-maker. Waldo, a celebrity now wheelchair-bound, lives an affluent London life with his Mumbai Muslim wife Zena. Waldo accepts with stoicism his wife’s relationship with his protegee Eddie, who has failed publicly and impressively in his personal and professional life and is now conducting a clandestine affair with Zena in Waldo’s own home.

The poisonous Zena expertly manipulates the elderly and incapacitated Waldo, frequently near-smothering him with a pillow, a sadistic practice with which she traumatised her own daughter. Does foolish Eddie really know what he is taking on?

The Nothing is a merciless portrayal of bullying and exploitative human interaction with the elderly, yet Kureishi manages to retain a dispassionate and non-judgmental stance throughout.

An unusual novel by a daring writer. 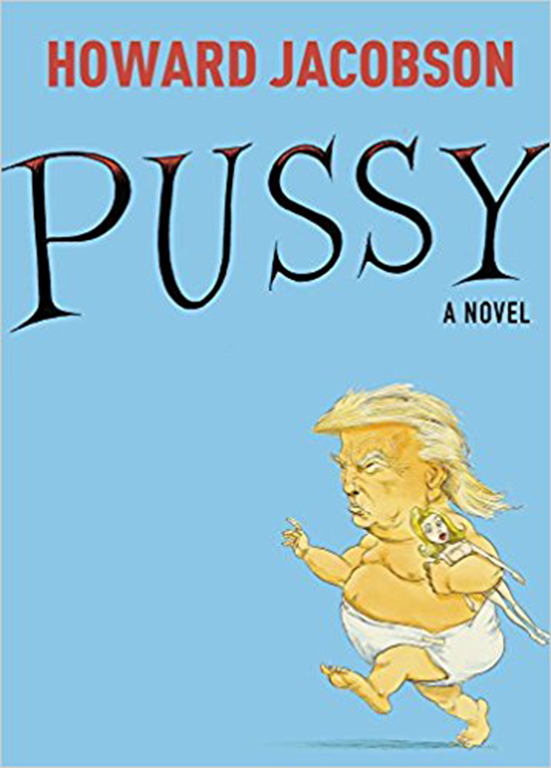 Booker-prize winner Howard Jacobson is the voice of sanity in the world of modern literature. His hatred of the philistine, his loathing of the low-brow, and his disdain for panderers to the lowest common denominator permeate his work, both fiction and non-fiction, acting as the engine for his powerful prose, his ferocious satire.

Jacobson’s latest novel Pussy is unmistakably a caricature of the new American President, Donald Trump, depicted in a hideous cartoon on the cover.

Pussy is not a biography of Donald Trump. Rather the novel lampoons the political rise of its protagonist, Prince Fracassus of Origen. The spoilt, isolated, rich brat Fracassus’ life mirrors parts of the curricu-lum vitae of the American President, but seeking parallels and pinpointing the real-life characters behind the caricature is not the point of this extraordinary novel.

Rather Jacobson uses Pussy to present his radical observations on the modern reaction of the general populace to the idiocy of our political leaders. Jacobson examines the baffling question of why the people love those whom no thinking person could possibly endorse or even envisage in a position of power.

This lively book is full of stinging one-liners. Some are the tweets of the seriously disturbed Prince Fracassus, some are the words of his unhinged advisors. I can’t resist sharing a few with you, as for example:

‘Liberal democracy equals more sympathy for bombers than for the bombed…..’

‘To be white and straight was to feel neglected.’

‘People weren’t going to be gender-bullied into electing the first woman President.’

‘The populace has a contempt for knowledge .… the electorate feels oppressed by a mastery of argument’

Pussy is an epochal work probing the behind-the-scenes malaise of Western democracies. The questions posed produce some uncomfortable answers.

Lovers of contemporary British fiction might think that they know what to expect from the creative volcano that is Magnus Mills: all his novels from his remarkable debut The Restraint of Beasts, make a fantastical parody of mundane matters. For ex-ample, his 2003 novel, ‘The Scheme For Full Employment’, unveiled an unusual solution to unemployment, an idea that becomes the envy of the world —– his bus-driver protagonists simply drive their buses from depot to depot, carrying no passengers and making no stops.

Mills’ wackiness is backed by his cool mastery of the absurd and the mad logic of his social experiment. In his latest novel The Forensic Records Society, Mills explores the soul of the geek. Mills’ protagonists are two nerdy men who are lovers of vinyl records and form a society for the appreciation of music in forensic detail. The venue is the Half Moon pub and the members of the Forensic Records Society manifest the typical dorky attributes of blinkered focus, obsessive analyses and manic discussions on their subject, as they concentrate on the nonsensical minutiae of their 33,45 and 78 rpm vinyl discs.

The idea catches on and soon rival record societies raise their ugly heads, with bickerings, defections and animosity galore, leading to espionage tactics worthy of MI5. The floundering of the original society as it attempts to regain ground is told in Mills’ unique deadpan delivery, illuminating this seminal portrayal of the provincial geek. The originality of his ideas, his profound understanding of British eccentricity and his ability to celebrate our quirkiness make Magnus Mills the quintessentially British novelist.

The dust jacket design is striking and clever, depicting a 45rpm record on front and back inside covers as well.