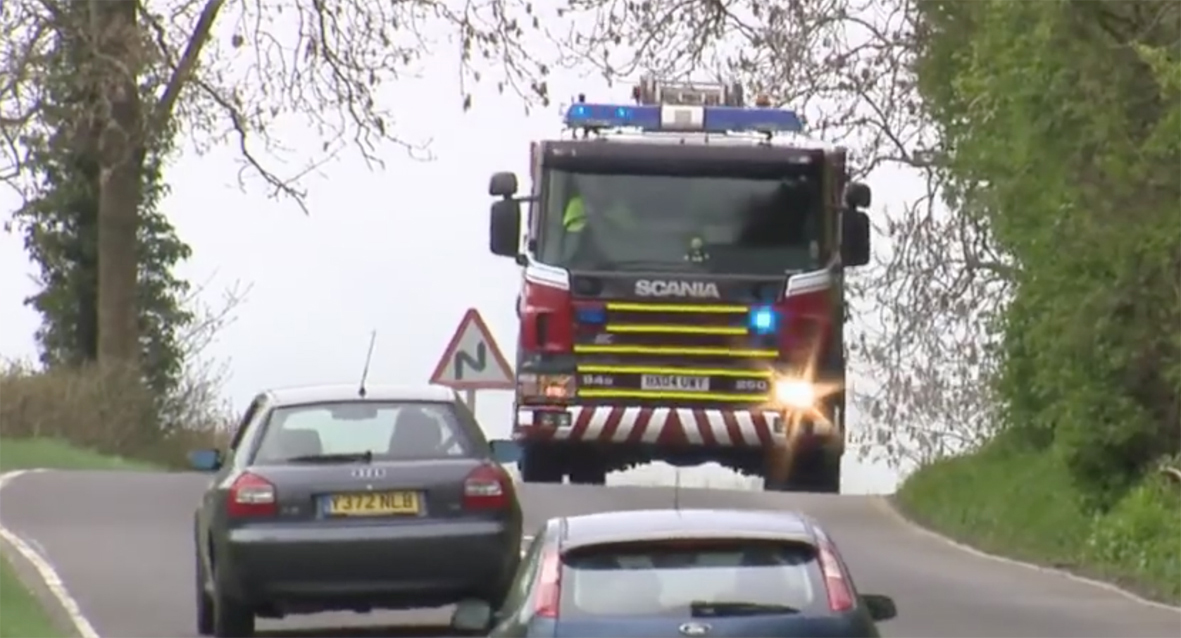 Do you know how best to help a blue light vehicle, asks GEM Motoring Assist

Road safety and breakdown organisation GEM Motoring Assist is encouraging all road users to be ‘Blue Light Aware’, and to know how to assist the emergency services vehicles when required. The call comes as online views of its short video on the subject approach the 400,000 mark.

GEM road safety officer Neil Worth says: “We all want to help emergency service drivers, and most of the time it’s just a simple case of pulling over to let them past. But we need to ensure that anything we do as drivers is safe and legal.

“We occasionally experience difficulties because we don’t know what’s expected of us. There is the risk that we could be putting ourselves or others in danger – or on the wrong side of the law.

“The GEM video includes details of how we can help at junctions, on motorways and on stretches of road where overtaking is not permitted. It was produced in partnership with fire, police and ambulance services across the UK.”

GEM aims to boost safety with its five simple tips for drivers:

To watch the video, or to find out more information, please visit www.bluelightaware.org.uk 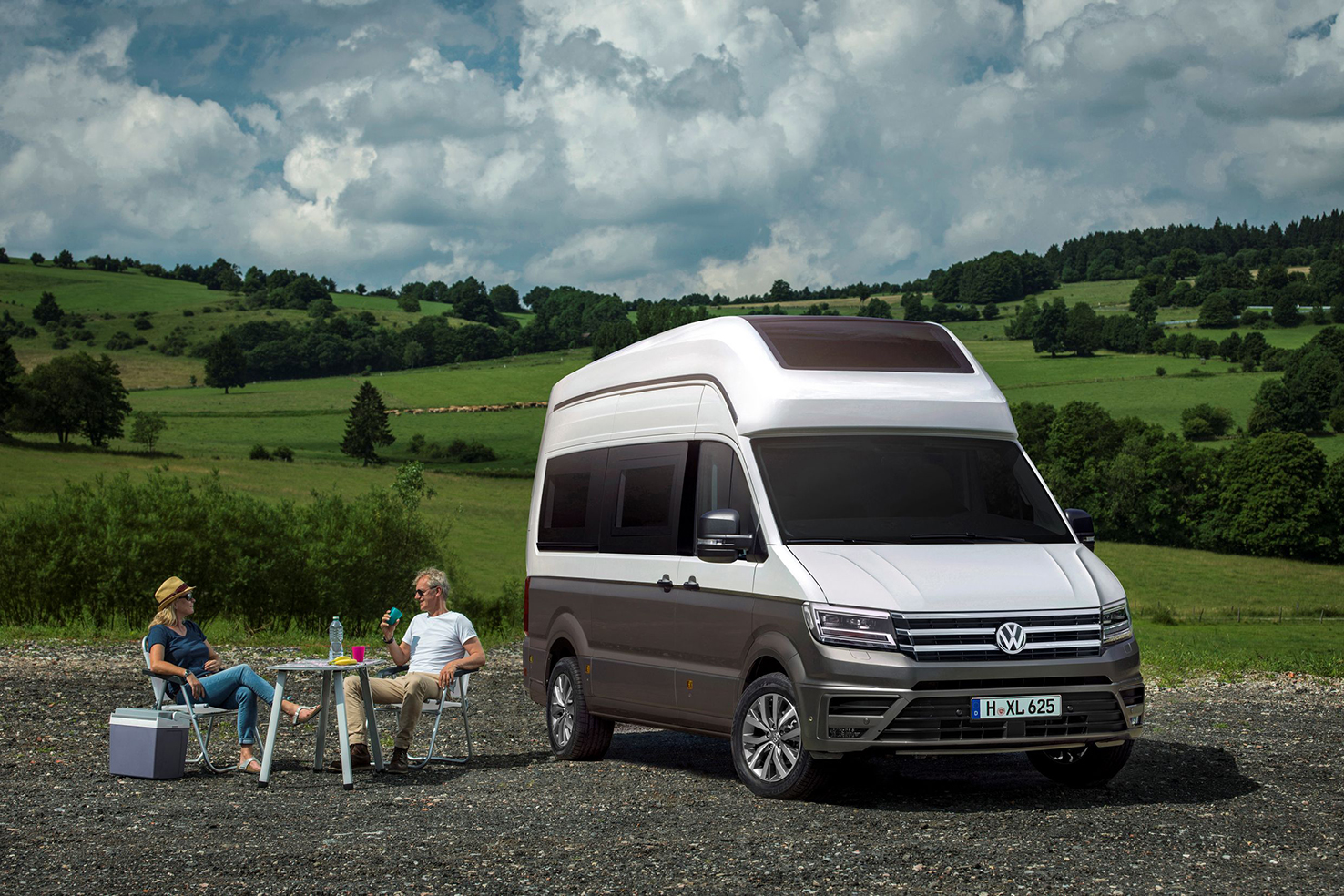 The new and bigger Volkswagen Crafter with its large number of driver assistance systems, comfortable handling and low fuel consumption offers a unique opportunity to transfer the qualities of the VW California to the next size up. The California XXL concept vehicle now being presented by the Hannover-based manufacturer Bulli is a fully-grown variant of the motoring globetrotter.

The innovative vehicle body and interior layout creates lots of space inside the California XXL, including for a comfortable bed of around two metres in length. In addition, a screened-off, spacious living area allows great freedom of movement. A bench seat and the front seats, which can be rotated 180 degrees, provide plenty of room. Purpose-built and designed as in the California are the kitchen with twin-hob cooker and fridge, sink and extendable work surface. Thanks to the large dimensions of the California XXL, a cleverly devised wet room with shower and WC adds comfort and convenience.

Further information on the new California XXL concept vehicle will follow at its world premiere at the ‘Caravan Salon Düsseldorf’. 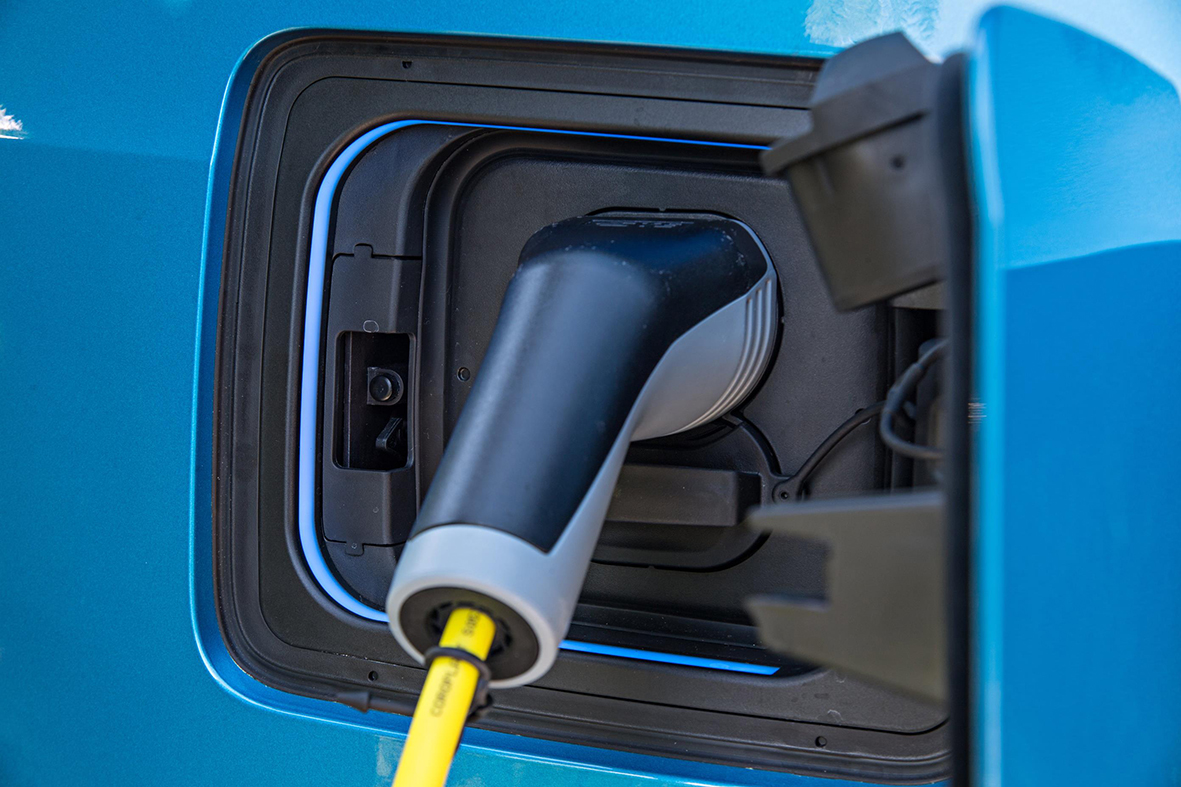 BMW July’s figures  saw yet another milestone for the Group’s range of electrified vehicles: more than 50,000 BMW i, BMW iPerformance and electrified MINI vehicles have been delivered to customers around the world since the start of the year.

The BMW Group now has a total of nine electrified automobiles on the market: sales of these vehicles totalled 50,711 in the first seven months of the year, an increase of 74.8% on the same period last year. This makes the BMW Group the world’s 3rd biggest BEV/PHEV manufacturer. The BMW i3 is the best-selling compact battery-electric vehicle in the Premium Segment worldwide since 2014, with the sales curve showing a clear upward trend. 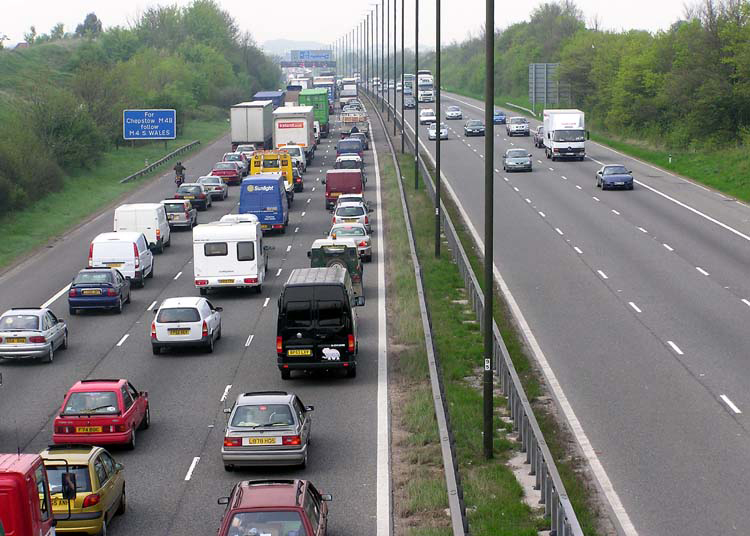 Leading independent road safety charity IAM RoadSmart has welcomed confirmation of the Government’s plan to allow learner drivers on motorways to improve safety, saying they are long overdue and should make a significant difference to accident rates among new and inexperienced drivers.

The plans were announced by Transport Secretary Chris Grayling, following a consultation on the idea at the end of 2016. The changes take place in England, Wales and Scotland only from 2018.

Learners will only be allowed on motorways with an approved driving instructor in a dual control car. The Government says this will provide a broader range of real life experiences and better prepare learners for independent driving when they pass their test.

Currently learners cannot drive on a motorway until after they have passed their test. This means the first experience of motorway driving for many is as a nervous novice without the guidance of a driving instructor or the safety of a dual control car.

Neil Greig, IAM RoadSmart director of policy and research, said: “It makes no sense that new drivers learn by trial and, sometimes fatal, error how to use our fastest and most important roads.

“Allowing learners on motorways with an approved instructor is a sensible and measured solution that should deliver confident new drivers who are much better able to cope with complex smart motorways.” 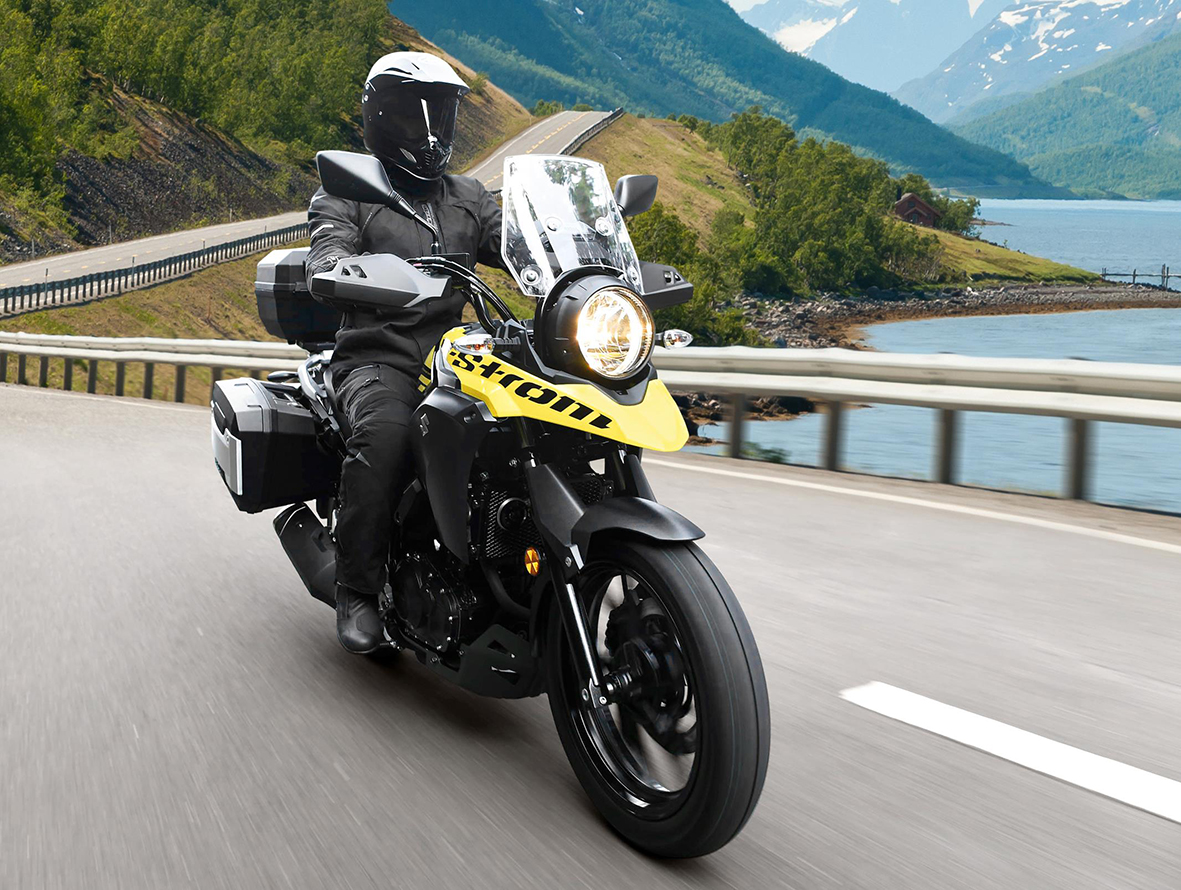 Suzuki has confirmed pricing for the hotly-anticipated V-Strom 250, with the newest addition to Suzuki’s adventure range coming with a launch RRP of £4,599 when it arrives in dealerships in October.

The V-Strom 250 boasts Suzuki’s frugal-yet-punchy 248cc parallel twin engine, delivering 23.4Nm of torque at 6,500rpm, with peak power of 25PS delivered at 8,000rpm. However, the new V-Strom’s trump card is its efficiency, with the twin cylinder engine capable of achieving 88.28mpg.

Adding protection from the elements on longer journeys is an extensively wind tunnel-tested screen and bodywork, while adding practicality is a range of accessories, including three-piece luggage, hand guards, and centre stand. 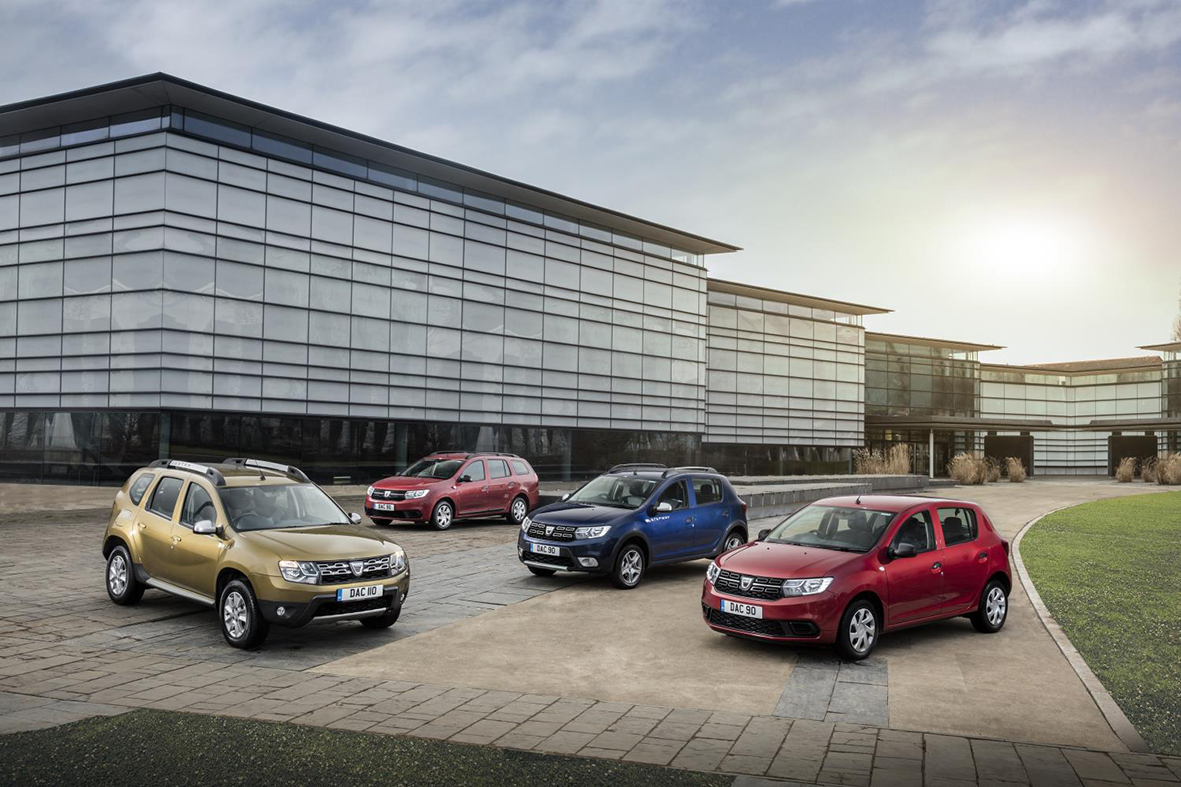 DACIA RATED AS ONE OF THE TOP BRANDS FOR RELIABILITY

Dacia has been rated as one the most reliable car brands out of 36 manufacturers in the 2017 Which? Car Guide – outperforming many well-established and premium brands.

Dacia was awarded a five star brand reliability rating for its cars aged between zero to three years as well as its cars aged three to eight years old.

The annual Which? Car Guide in 2017, measuring reliability and customer satisfaction, is based on feedback from more than 44,000 UK car owners based on their experience in the last 12 months. As well as breakdowns and faults, it considers repair costs, the time a car is off the road for repair and the most common fault types for each model.

Commenting on the results, Louise O’Sullivan, Head of Dacia UK, said: “We’re delighted that Dacia has been rated as one of the most reliable car brands in the Which? Car Guide 2017. The simple Dacia range offers great value for money motoring and the most affordable cars in their respective segments.”

The owner rating is the latest in a number of accolades that Dacia has received in the UK since launching just over four years ago including What Car?’s ‘Best Small Car under £12,000’ for five consecutive years for the Sandero.

Over four million Dacias have been sold since Groupe Renault reintroduced the brand in Europe in 2004.  Dacia was launched in the UK in 2013 and has sold over 100,000 cars to date.

For information on the full Dacia range visit http://www.dacia.co.uk/.