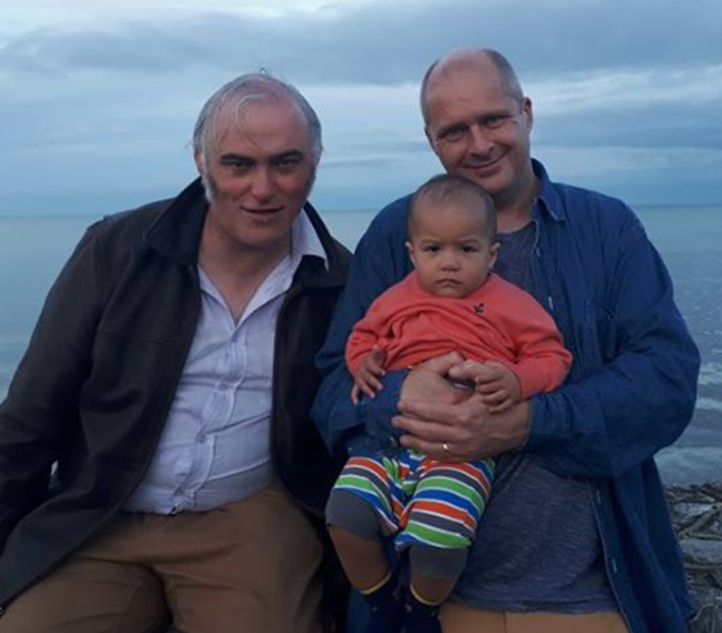 Charles Wilson Watkins has been on holiday to Devon; a trip that inspired his article for this month.

During July, I had a weekend away in Paignton, Devon to visit my friend, Neil Dimmick.  I booked into a seafront bed and breakfast – plenty of sea air, just what the doctor ordered. Neil, a local Devonian, had just returned from working overseas and was home with his wife Sheryl and baby, who is my Godson.

Whilst away in Devon, I thought I would write my next article, and I wanted to cover something a little lighter than the last two months – poking and probing the subjects of dentistry and medicine.

Ideas that came to mind included, carrying on with the census theme, or looking at the mass movement of people from Devon in search of employment in Swansea; or where I do come from following DNA test results – all very interesting topics that I will feature in future articles.

Then I had a eureka moment!

This month, I will be writing about postcards and the importance of photographs.

This article will cover all facets of society,  starting with the upper classes to whom we should be truly grateful for their architectural tastes which can be seen in public buildings located around Swansea, for example the Glyn Vivian Art Gallery and the Alexandra Road library buildings.

The Grand Tour was a traditional trip around Europe, which flourished from 1660 to the 1840s, with the sole purpose to expose both the cultural legacy of classical antiquity and the Renaissance.  A Tour could last for months or several years.  The brothers Richard Glyn and Graham Vivian were prominent Swansea citizens who embarked on their Grand Tours around Europe.  Richard on his tour, during 1855, amassed a vast art collection.  It was from these tours that he provided albums containing sketches and photographs.  His art collection can be viewed today, in the recently refurnished art gallery.  This was the start of the importance of photographs.  Graham supposedly was the first person in Swansea to have owned a motor car, and it was from his tours that he was inspired to design Clyne Gardens, in 1860.

In Victorian times there was no such thing as a prolonged holiday for members of the working class, they just worked and worked until they eventually died.

Most of the working classes would have relied on cheap excursions, organised by Sunday Schools, employers and temperance societies. Large crowds would congregate on Swansea Beach at the Slip.  Unfortunately, there are no records of these groups and their outings and the number of people in attendance.

Theodore Hook, of London was in 1840, the first person to post a postcard, in fact it was to himself.  This card was bearing the Penny Black stamp.  During the 1850s, post boxes were making an appearance on roadsides.  It wasn’t until the 1890s that the British publishers could manufacture and distribute postcards.  The first one in Swansea was published in 1898, showing Swansea Bay (top pic right), and the recently built Mumbles Pier.   Mumbles was becoming a favourite destination, and could be visited using of the Mumbles Train.  Postcards would have pictures of local areas around Swansea, including the Swansea Hospital (2nd pic down on the right) and the Police Station in Alexandra Road (3rd pic down on right). Could the message have been ‘wish you were here’?

Meanwhile, photography was being developed (no pun intended!). The earliest photo which was taken was during 1826, was by French man, Nicephore Niepce.  It is the work of Mary Dillwyn, of Penllergarer, during the 1840s that  is thought to have captured the first smile, also the first snowman! Her album, containing 42 salt prints and 1 albumen print can be found in the National Library of Wales, Aberystwyth.

The popularity of photography during the 1860s enabled Samuel Chapman to open a photographic studio in York Street, then later in High Street. His son Henry, opened his own shop at No 235 High Street (bottom pic right).  Today this shop is an amusement arcade.  Henry produced the extremely popular card-blacked portraits, at a cost of 2d.  Also produced were studio postcards, which could be sent to family members.

Colour photographs were available as early as 1860s, but it would be a further 60 years before it became widely available.  Photographs have taken over from postcards, which sadly are rarely posted today. As a researcher, I would advise people, to use a pencil to label the back of their photograph with details of who are depicted and the date, in years to come it will enable people to be identified and not just be a face in a crowd. 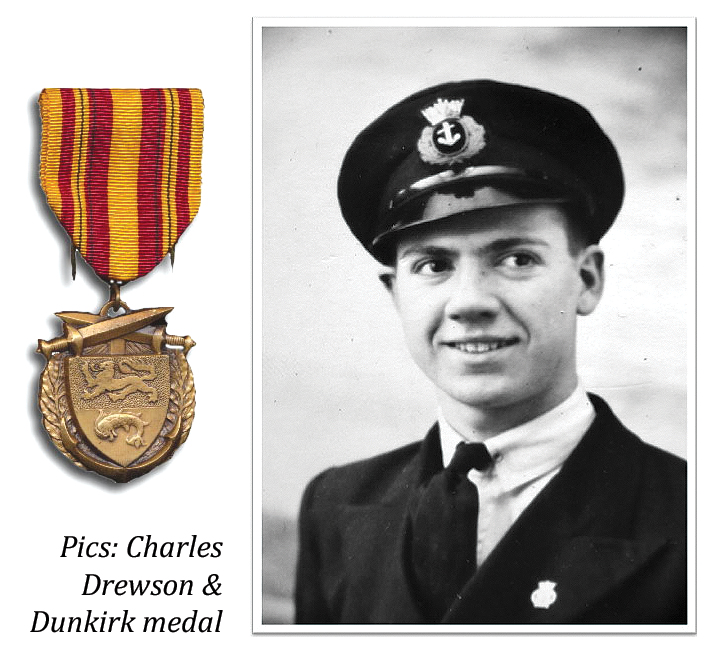 Dunkirk and its local connections

Many of you will have seen Christopher Nolan’s film Dunkirk in cinemas recently. It got me thinking if any small boats sailed from Swansea to join in the armada. I didn’t have much luck although I did come across the name of Mr Charles Drewson, from Sketty. After a few phone calls to his sons, I was informed that he was certainly at Dunkirk, and he is one of the last survivors. I was given a family-only published booklet on his life that was written in 2013.

In this article, I will be covering his first few voyages. Mr Charles Drewson, local Sketty resident was born 1922. On leaving school, after having a variety of jobs, including working in a chemist shop, landscape gardener and then as a messenger in a cake shop, he got restless and wanted to go to sea.

Walking around the docks, Charles called at shipping agents, such as Fyffe’s, the Norwegian Consulate, and the Swansea Shipping Federation. He was given what was known as a Pier Head Jump, which is when you join a ship at the last minute. Charles was offered a position on the S.S. British Fusilier, but when he arrived unfortunately the ship had already left the dock.

His first voyage was on 20 August 1938; Charles was a Mess Room Boy on the oil tanker S.S. British Grenadier. The ship was bound for Dingle, Liverpool without a cargo. From Liverpool, it sailed via the Mediterranean to Abadan, Persia for oil, then on to Alexandria and Port Said for stores, passing through the Suez Canal.

As Mess Room Boy, Charles had to scrub the long-planked deck and alleyway. Poor Charles was sea sick, and was often sick in the same bucket with the cleaning water. Mess Room Steward, another Swansea man, George, would often say, “Not good enough, start all over again”. Second Steward Jack, was also a Swansea man. While the S.S. British Grenadier was at Abadan, it was loaded with 10 oil jetties. The crew were taken on a bus to the Bawada Club, where a cinema show was put on. The men had to stand whilst they sang the National Anthem……. of Persia.

At the time of the outbreak of the Second World War, September 1939, Charles was on his second voyage aboard S.S. Loch Lomond, signing on 16 May 1939. The voyage was from Swansea to Sierra Leone, West Africa, with a cargo of anthracite or tinplate, From Sierra Leone it sailed on to Australia. The ship’s clocks were altered every hour every night to arrive at Australia at their time.

Landing at Fremantle, they were loaded with Anderson air raid shelters and other lengths of steel requisitioned to Newport, Wales. Charles signed back on the S.S. Loch Lomond, on 17th December 1939, the ship sailed form Barry to Portugal. Arriving back at Barry, 18th March 1940. S.S. Loch Lomond was unfortunately sunk on 20th October 1940, by U-100.

Later, Charles joined his seafaring father on the M.V. Norrix. Charles was now an Ordinary Seaman. They were ordered to Dunkirk, to assist in the evacuation, and the M.V. Norrix pulled a barge full of soldiers across the English Channel. Back in Blighty, on the 17th June 1940, Charles after earning his Dunkirk Medal, was discharged. This wouldn’t be the end of Charles’ services with the Merchant Navy. He would later serve on S.S. Empire Gull, which on 12 December 1942, was attacked and sunk by U-177 off East Africa. Of a crew of 46, two were killed, including Mumbles man, Edward H. Coode. Charles escaped with burns to his hands.

This family booklet makes very interesting reading – it is a shame that more people haven’t put into words their experiences, so that their descendents have a written account for posterity.