Have you a health query you would like answered?  In the next few issues we’ll be focussing on letters from readers, so please write in or email The Herbal Clinic with a few details about your condition – the replies will be published anonymously.

In autumn, as the bright berries ripen on the trees and bushes, the roots of perennial plants are gathering their energy. Nutrients, starches and sugars move down into the roots to be stored over winter, enabling them to flourish again in the springtime.

Medicinal roots are harvested at this time of year when they are at their most potent. They are often deeply nourishing and rejuvenating with a grounding action on the body and can be used to build strength after a period of illness or as a tonic to maintain strength and resilience into old age. 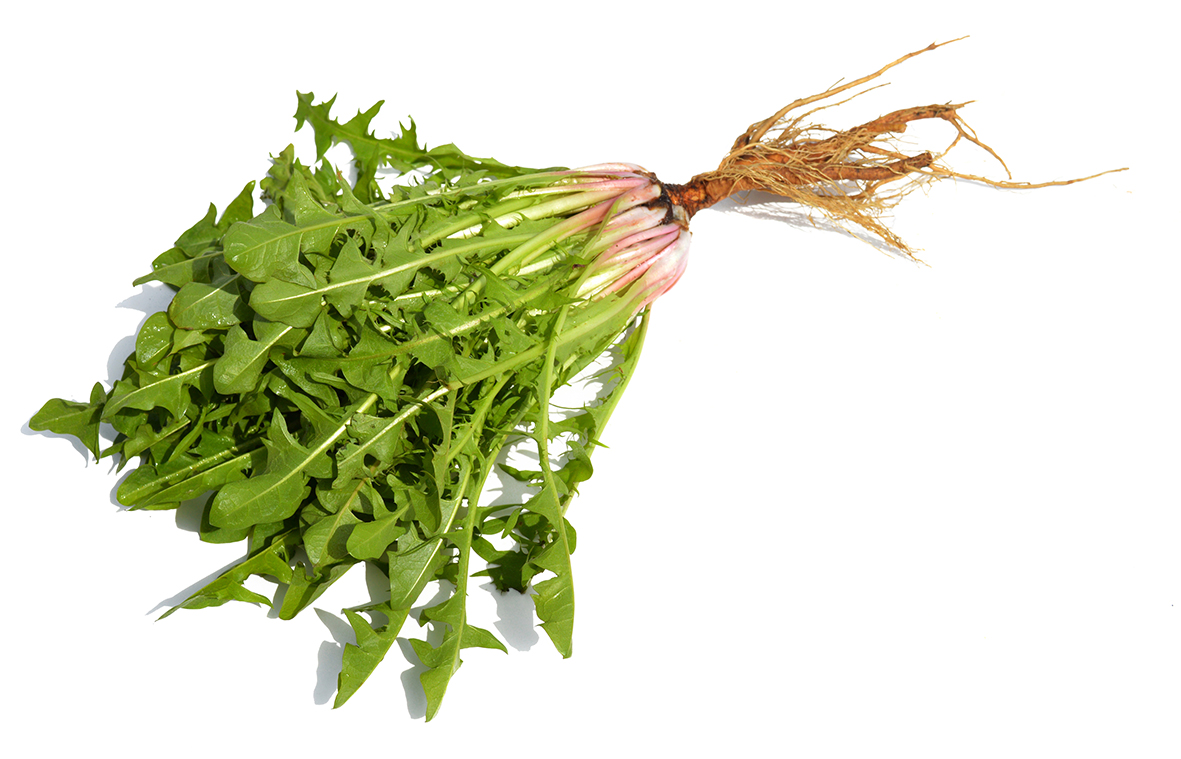 A familiar sight throughout the year, first for their vivid yellow flowers then for the dandelion clocks that children love; the roots of the dandelion grow thick and deep, to many a gardener’s frustration. If the cheery dandelions have made your garden their home, here’s how to use them.

Dandelion root is valued for its actions on the liver where it supports detoxification and digestive functions. It stimulates the flow of bile for effective elimination and the bitter taste triggers the release of enzymes which improve breakdown and uptake of nutrients.

To make a tea from dandelion root, carefully dig up as many of the roots as you can and scrub well to remove the soil. Chop by hand or food processor into small pieces and leave in a warm dry place on a clean tea towel or muslin until they have hardened and dried. Transfer to an airtight jar and store for later use. Take one heaped teaspoon of the root and simmer with one large mug of boiling water for five minutes. Allow to cool a little before drinking. The mild bitter taste of dandelion tea has the additional benefit of reducing cravings.

Due to the stimulating action on the liver, Taraxacum should not be used by people with gallstones or bile duct obstruction. 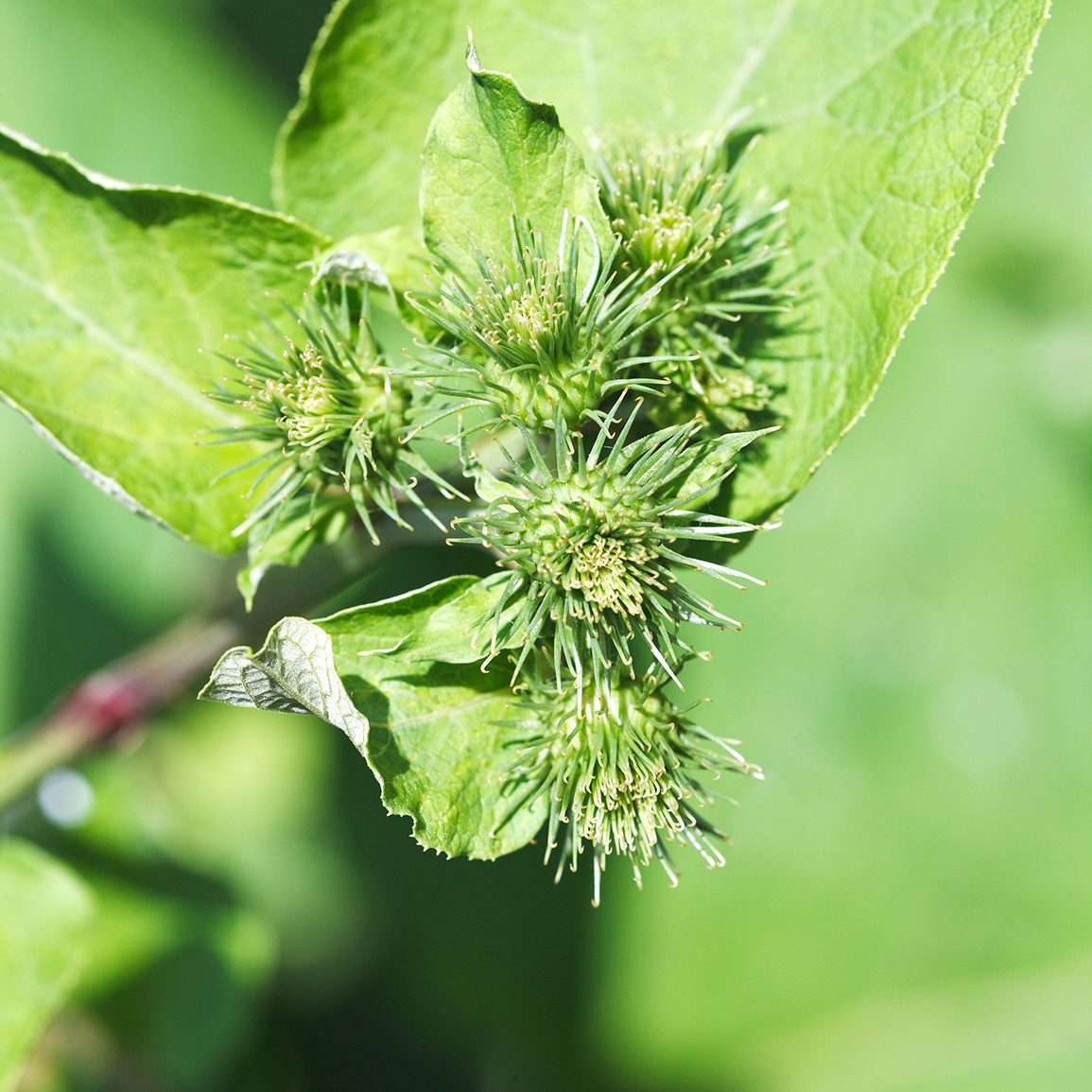 Less common than dandelion but still a native hedgerow plant, burdock is probably most noticeable when the marble sized burrs get entangled in clothing or the hair of your furry companion! This plant’s claim to fame is that the engineering of Velcro was based on its ingenious hooks that grip tenaciously to fabrics.

In herbal medicine burdock is well respected as a deep tissue cleanser, it draws toxins from the circulatory and lymphatic systems to the gut to be excreted via the bowel. Amongst other vitamins and minerals the root contains a high percentage of inulin which acts as a prebiotic. 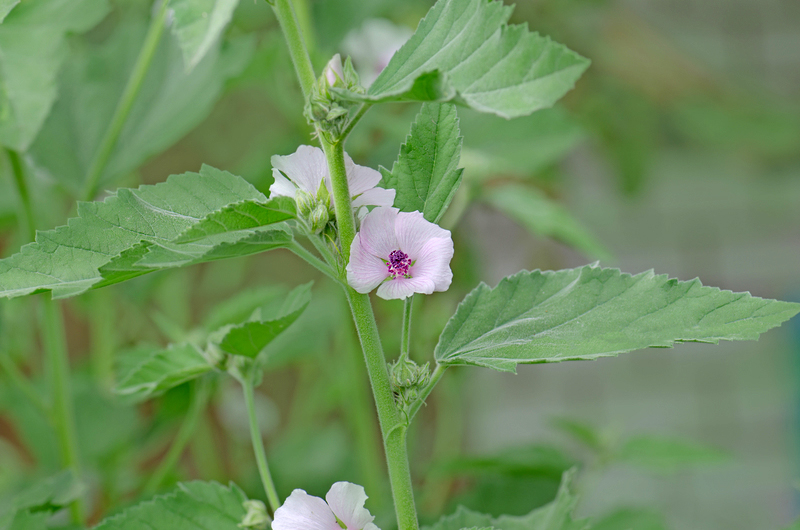 The leaves of the marshmallow are velvety soft to the touch giving us a clue to the keynote of this plant; soothing and healing. The root has an abundance of mucilage, a thick gelatinous substance which forms a protective layer over the mucous membranes throughout the digestive tract, starting with the throat and oesophagus through to the stomach, intestines and bowel. Research has shown that this soothing mucilage promotes the regeneration of epithelial cells, stimulating the healing of damaged tissue2. Primarily used for inflammatory gut and respiratory problems, marshmallow is a tonic herb that can restore and support the immune system. 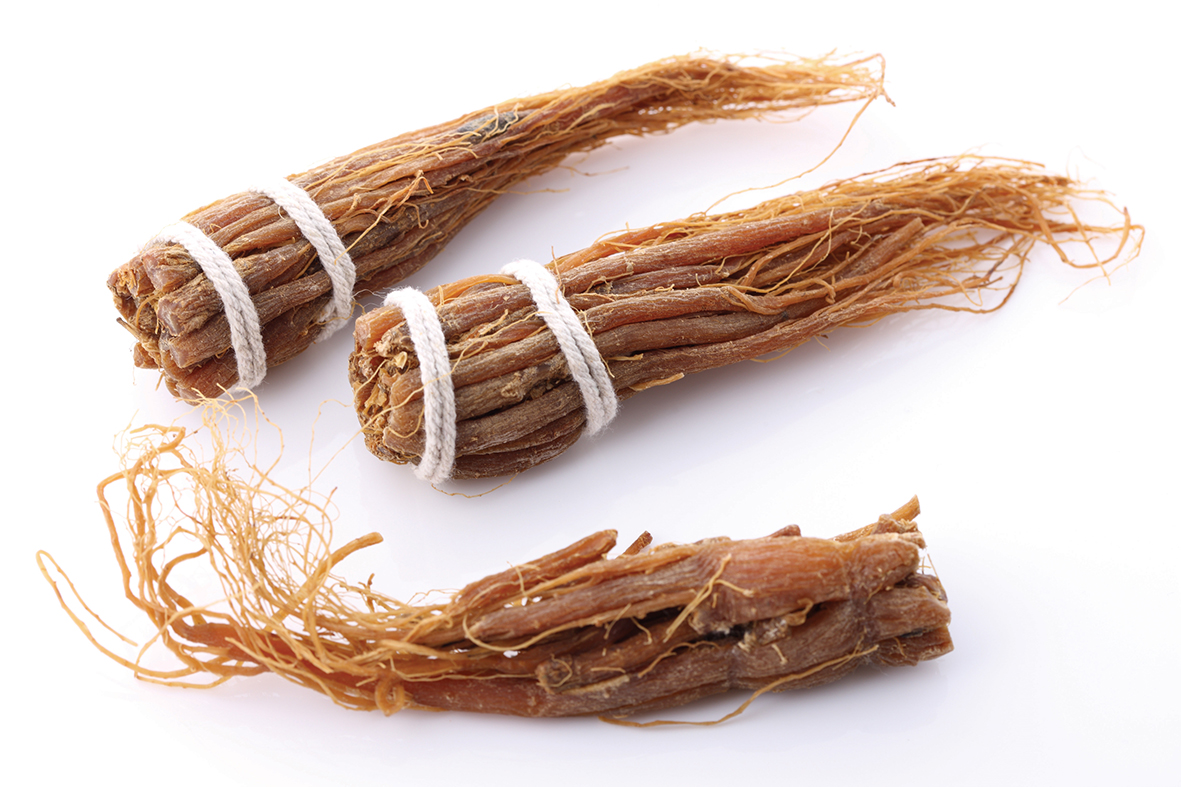 Also known as Indian Ginseng, this root has been highly prized in Ayurvedic medicine for thousands of years. Ashwaganda nourishes the body, increasing strength and immunity. It acts as a brain and nerve tonic, particularly suited to individuals who are run down from chronic stress, illness, overworking, anxiety or insomnia. Its ability to strengthen the muscles of the body as well as the brain makes it a valuable tonic for the elderly and infirm.

Please note: These herbs may interact with medications, consult a practitioner for advice. 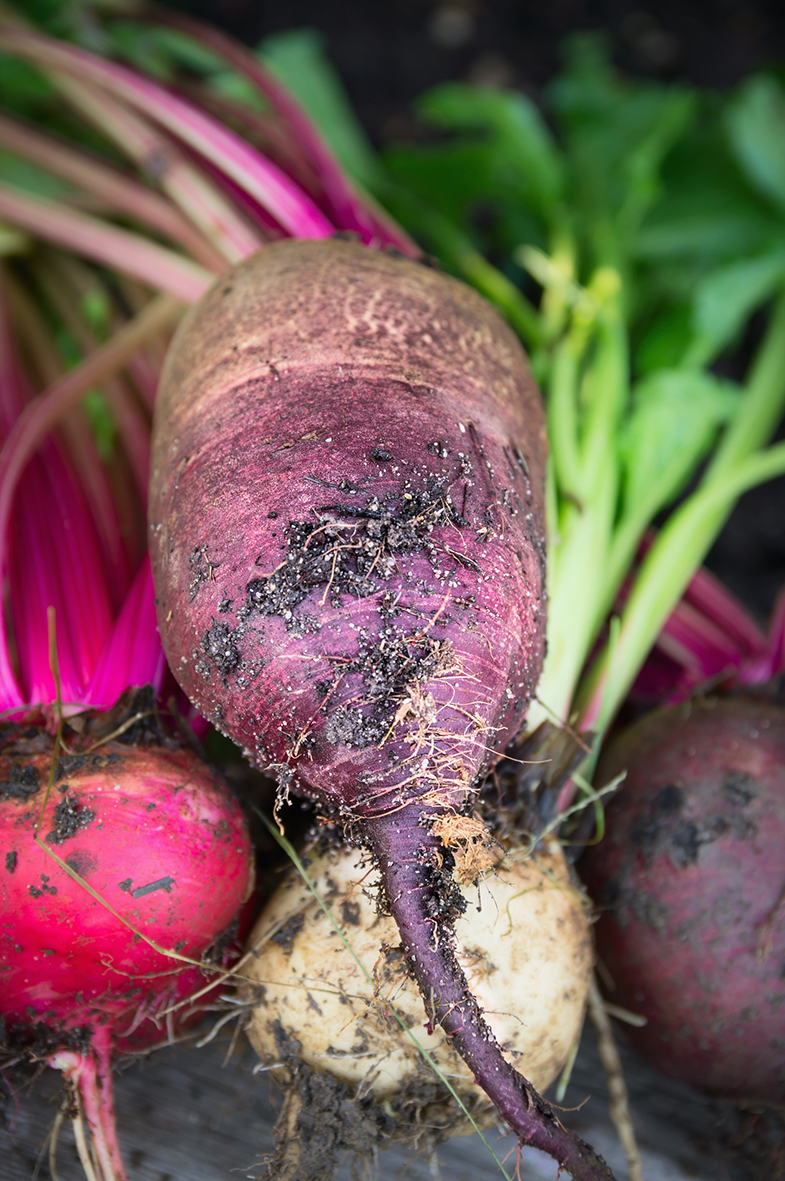 Many roots are prebiotic, containing carbohydrates such as inulin that support the growth of beneficial bacteria and encourage a healthy intestinal flora. These carbohydrates cannot be broken down by the digestive system so pass through to the colon where the bacteria can feed from them. The by-products of this bacterial feast include a range of nutrients such as vitamins A, K2 and B vitamins, as well as short chain fatty acids. In addition there is an increased uptake of minerals such as calcium and magnesium, nourishing us whilst we nourish them.

Make use of these roots in your diet or as ground, powdered herbal supplements to support intestinal health. Eating raw will preserve more of the prebiotic fibre – try grated raw beetroot or chopped yacon in a salad, turnips and parsnips can be fermented in a vegetable sauerkraut.