Is life ever fair? Liz Hinds knows that it’s not – if it was, she’d have been hob-nobbing with Alan Rickman. This month Liz takes a side-ways look at life, in her inimitable way.

Husband nodded slightly then said, ‘But I prefer her.’

I followed his gaze. ‘Yes,’ I agreed, ‘she’s very pretty but, oh, look at him. He’s all sleek and lean and muscular and he’s got rippling sinews …’

Husband interrupted my flow. ‘What exactly are rippling sinews?’

I was saved from having to think of an answer by the voice on the tannoy announcing that the judge was ready to award the prize.

Unsurprisingly the male judge agreed with Husband and awarded the rosette for the Gower Show Champion of Champions Cattle section to the pretty Hereford cow while my black bull wasn’t even placed. ‘Huh,’ I said. ‘He was probably chased by one when he was young and has a grudge against them.’

While, no doubt, the judge had perfectly good reasons for his choice I’m sure the owner of the black bull would have been peeved, maybe he even said, ‘It’s not fair.’ It was the judge’s choice but I’m sure personal taste must affect a decision when all others things are equal.

When Elder Son was about a year old I entered his photograph for a national beautiful baby competition.

He didn’t win and it wasn’t fair! I know all parents think their children are the most beautiful but it’s clear that he was. ‘Huh, the boss’s grand-daughter probably won it,’ I grumbled. Not that I’m still bitter you understand.

Back at the beginning of this century I ghost-wrote the autobiography of a New York cop. How an inexperienced Welsh writer came to do this is a long story and maybe for another edition but it happened and when I’d written a few chapters, knowing from writing magazines how long it would take to find a publisher, I thought I should start sending off samples.

I sent the first one to a large publisher on a Thursday; the next day at tea-time I had a phone call saying Hodder wanted to publish it. It was a case of being in the right place at the right time: they had a gap in their catalogue that the story would fit and so it became a reality. 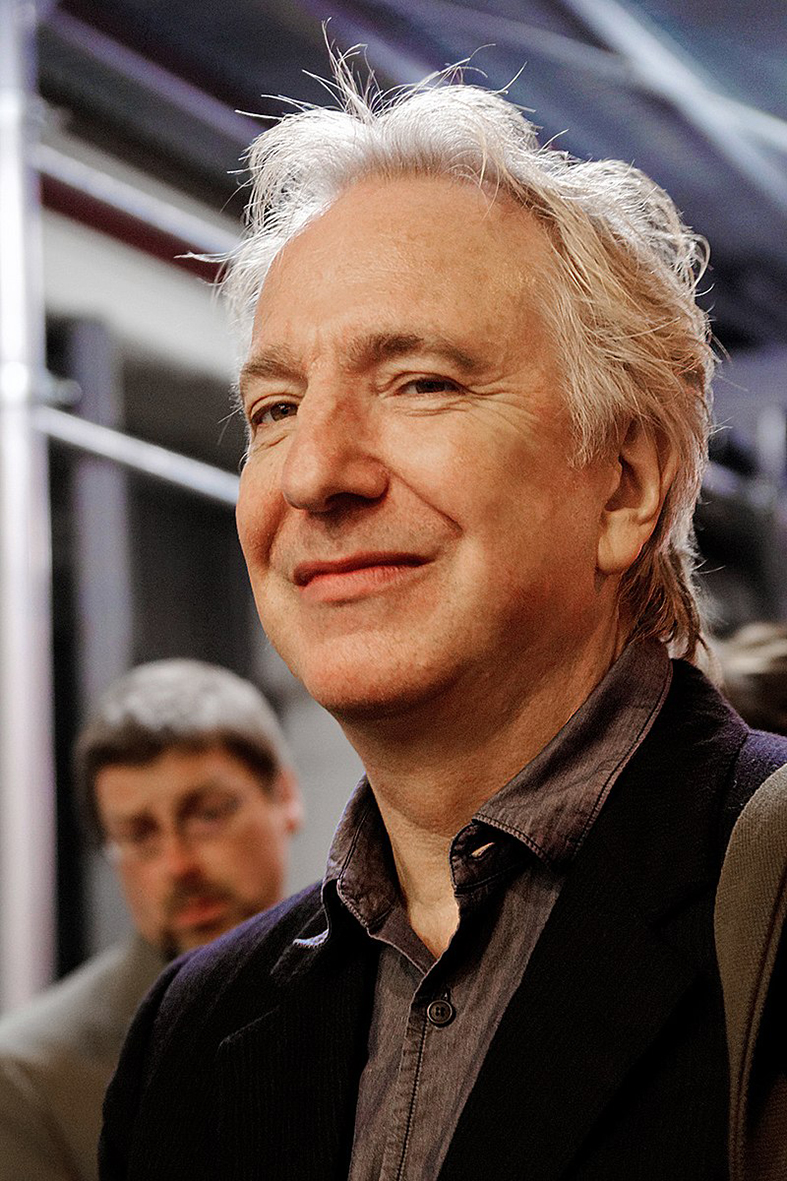 Exciting as that was what I really wanted to do was write fiction so I began my first novel. I was approaching fifty at the time so decided to write the diary of woman at that time in her life with all the inherent tribulations. A middle-aged Bridget Jones if you like. Having discovered how simple it was to get published I sent off chapters to agents and sat back planning what I’d wear when I met the now sadly-deceased Alan Rickman (right) when he agreed to appear as male lead in the film version.

Four years and twenty-seven rejections later I gave up and decided to self-publish. I still think it’s good and the reviews on Amazon – admittedly mostly from friends! – agree. I suspect it’s not the sort of novel that Sarla, The Bay’s literary editor, would review but it’s fun and at least as good as many of the books I borrow from the library.

‘How do they get published and I don’t? It’s not fair,’ I would grumble to Husband and anyone else who would listen. But, as I’m sometimes guilty of saying to my grand-children, life’s not fair.

After all it would only take one literary agent to love it and we’d be talking international best-seller. (Allow me my dreams.) I can only assume each agent on whose desk it landed had: a) just broken up with her boyfriend; b) come in after a disastrous one night stand; c) spilled coffee all over her boss’s white linen trousers; and so wasn’t capable of recognising its brilliance.

I imagine I’ll still be grumbling about the unfairness of life when I’m dead and get to heaven. ‘What’s he doing here? And she doesn’t deserve to be here. That’s not fair.’

And I’ll feel a hand on my shoulder and hear a gentle voice saying, ‘Is it fair that you’re here? Do you deserve to be here?’

Then a kaleidoscope of memories of bad me will fly past my eyes. All the times I’ve hurt someone with words or deeds, the little white lies, the ‘nobody knows, it’ll be fine’ excuses, the sins of my history. No, I definitely don’t deserve to be there.

But that’s where grace comes in. The amazing grace that John Newton, a former slave ship master, wrote about in his famous hymn. The grace that Jesus made possible by dying to take my punishment.

Grace can’t be earned. No-one can work their way to heaven. It’s a free gift from God, available to anyone. It’s not about how good – or indeed how bad – I am. It’s all about Jesus.

In case you’re interested, my novel, This Time Next Year, is available from Amazon in paperback and kindle formats, and I can be contacted on Facebook or through my blog, Finding life hard?