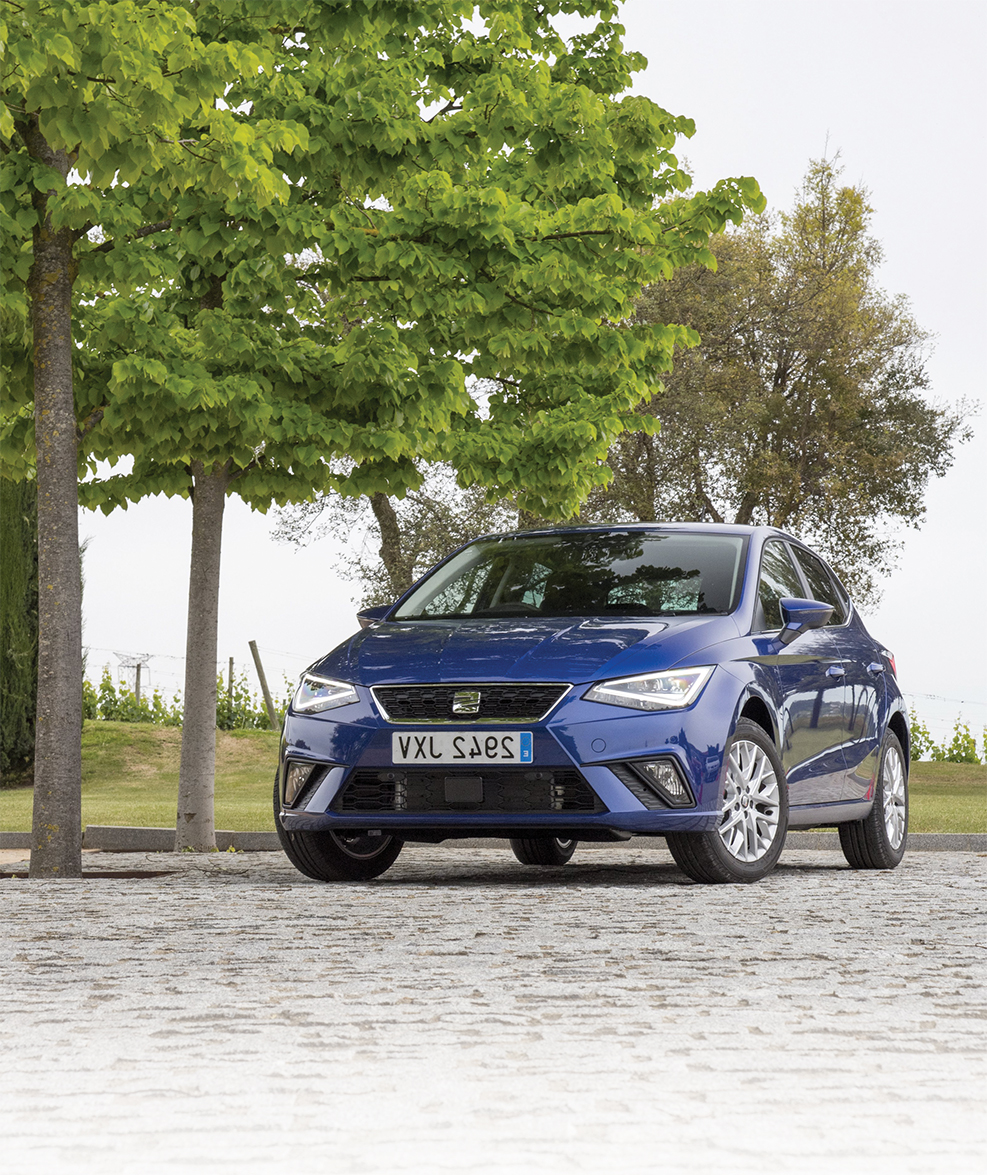 AS A SUPERMINI THE ALL-NEW IBIZA MIGHT BE A SMALL CAR, BUT FOR ITS MAKERS SEAT (AND THEIR PARENT COMPANY VOLKSWAGEN), IT REPRESENTS A VERY BIG DEAL INDEED

Since the original Ibiza was launched in 1984, SEAT have sold 5.4 million of them: The Ibiza is their most successful model, the one you’re most likely to buy if you’re a newcomer to SEAT as a brand. Now in its fifth generation, it is, says their Chairman Luca de Mao, “The best small car in Europe”. He also say’s “SEAT is now ready to play in the Champion’s League”.

Perhaps then that’s why SEAT chose to launch their new contender in Liverpool’s unashamedly football themed Shankly Hotel, a place where the majority of the red and white memorabilia’s provenance I’ll readily admit was completely lost on the likes of me. Bill who? No, sorry… nevertheless, by Champion’s League it’s easy to assume that what Mr de Mao is really referring to in this case are the perennial supermini best-sellers: Ford’s Fiesta and Vauxhall’s Corsa.

The fact that the Ibiza is the first car to use VW’s new MQBA0 platform also speaks volumes of SEAT’s new-found confidence.

In time, said clever modular chassis will go on to underpin the new VW Polo, the new Skoda Fabia, Audi’s new A1, SEAT’s forthcoming Arona – a compact crossover due out in November – and no doubt a whole host of VAG products we don’t yet know about.

You only need travel a few miles and it’s instantly clear, tyre rumble aside, that the Ibiza is now both quieter and more refined than it ever was. At 87mm wider and with a wheelbase that’s 60mm longer, not only does it ride much better and handle with a new found verve (although it’s still no Fiesta – still surely the class-leading corner taker), it’s also far more accommodating. A six-footer can now sit behind a six-footer in an Ibiza without having to study contortionism first, or having to resort to ruining, what for the driver, is a near perfect position. The boots bigger too I’m reliably informed.

For the trip out of town to Llyn Brenig, via Ruthin, and into the area colloquially now known as The Evo triangle (Cerrigydrudion to Pentrefoelas via the A5, turn right, up the A543, and back via the B4501. Watch out for speed cameras!)

I equipped myself with a 95 bhp Ibiza FR 1.0 TSi. I’ll boldly go as far as saying this is my newfound Ibiza engine of choice.

There are 75bhp MPI and 105bhp TSi alternatives, a DSG automatic, a six-speed manual option, and 1.5 diesel due soon too, but the effervescent and free revving nature of the mid-range three cylinder motor when coupled to SEAT’s light and precise 5-speed gearbox seems to suit the Ibiza really well. Not only was it fun to introduce this thrummy little motor to the upper reaches of its rev-range across the Denbigh Moors – where despite the steep inclines it never felt underpowered – it also made for relaxed and quiet cruising along the A55 and M53 on the return leg back to Lancashire.

SEAT claim their three-pot is good for 60.1 mpg on the combined cycle. My sense of urgency and The Clwydians, reduced that to high 40s/low 50s – still, in the real word that’s still not to be sniffed at.

They’re good looking too. There’s no slinky 3-door coupe this time around but the now 5- door only Ibiza shares its sharper creased angular looks with the larger LEON. Fine by me, both are very handsome cars.

In fact, on-the-whole the new Ibiza is a very handsome package. It feels more mature than it once was; more polished. And it’s all the better for it. It’s well built, sophisticated, and it’s now spacious and refined enough to shame certain machinery from the so-called class above. No doubt it’ll have its work cut out when the new similarly chassised VW Polo arrives next year, and the Fiesta still ultimately outclasses it handling-wise, nevertheless for now at least, the Ibiza goes straight to the top of the league.