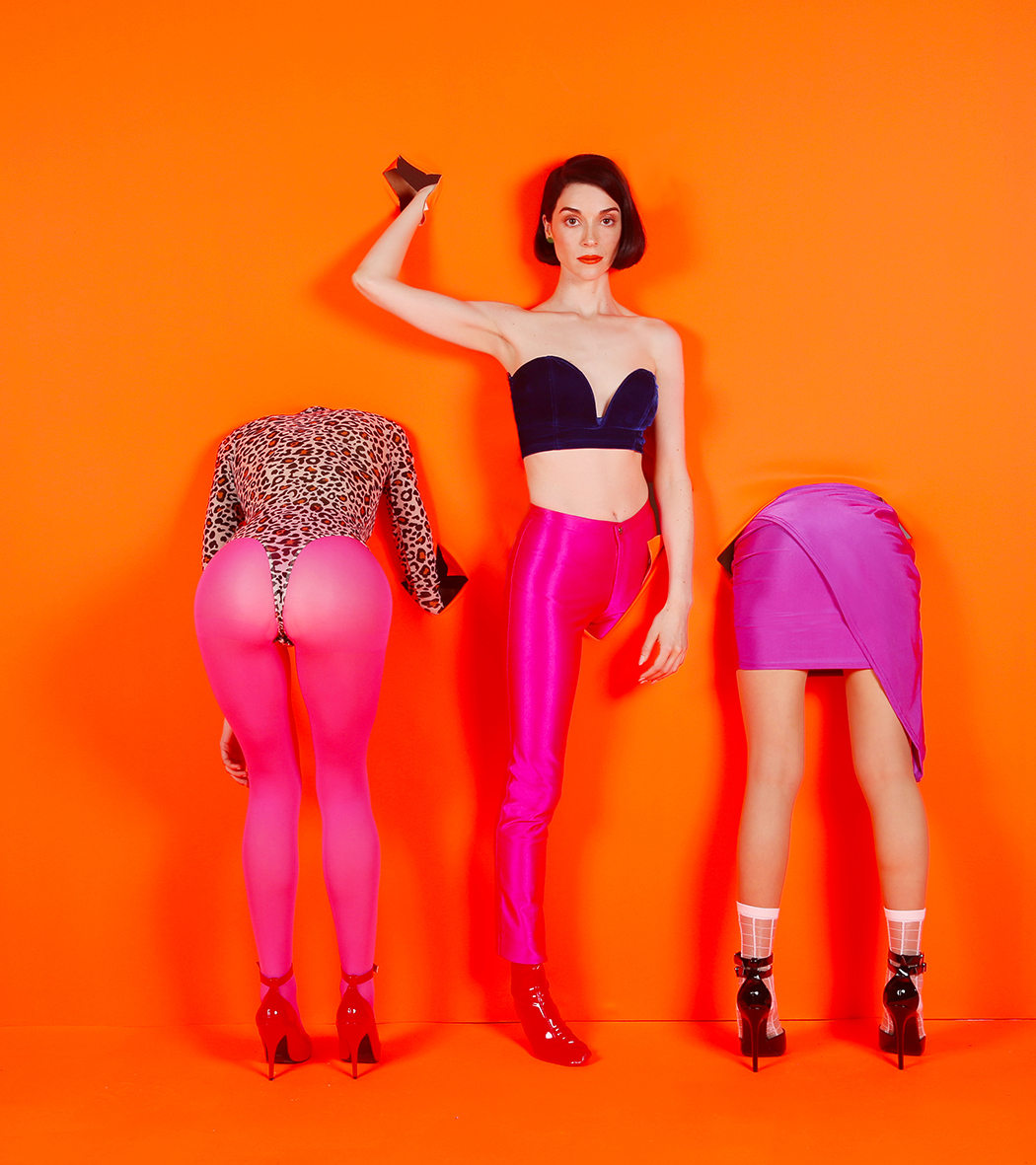 Masseduction, the fifth album by US singer-songwriter St Vincent (real name Annie Clark, she takes her stage name from the hospital in which Dylan Thomas died) brings a meeting of moods and mystery making for an eclectic and varied listen.

The instantly catchy Hang on Me is a sublime opener open to loose interpretation. “I know you’re probably sleeping, I’ve got this thing I’ve been thinking” sees the singer with a proposition (for a lover?) in the wee small hours. Her imploration to “hang on me” suggests her offering a shoulder of support, but the foreboding, “Cannot stop the aeroplane/taxicab from crash-ing,” echoes the dark pact of The Smiths’ “There is a light that never goes out,” as the strings swirl majestically.

The frantically-paced Pills continues the ambiguity, a perky, peppy, paean to Big Pharma, “Pills to wake, pills to sleep, pills, pills, pills every day of the week!” sings St Vincent cheerfully – too cheerfully. After the furious, frenetic, headfirst frenzy a jazzy – or sleazy – sax brings a mellow comedown. Does for medication what Wordy Rappinghood did for the English language. 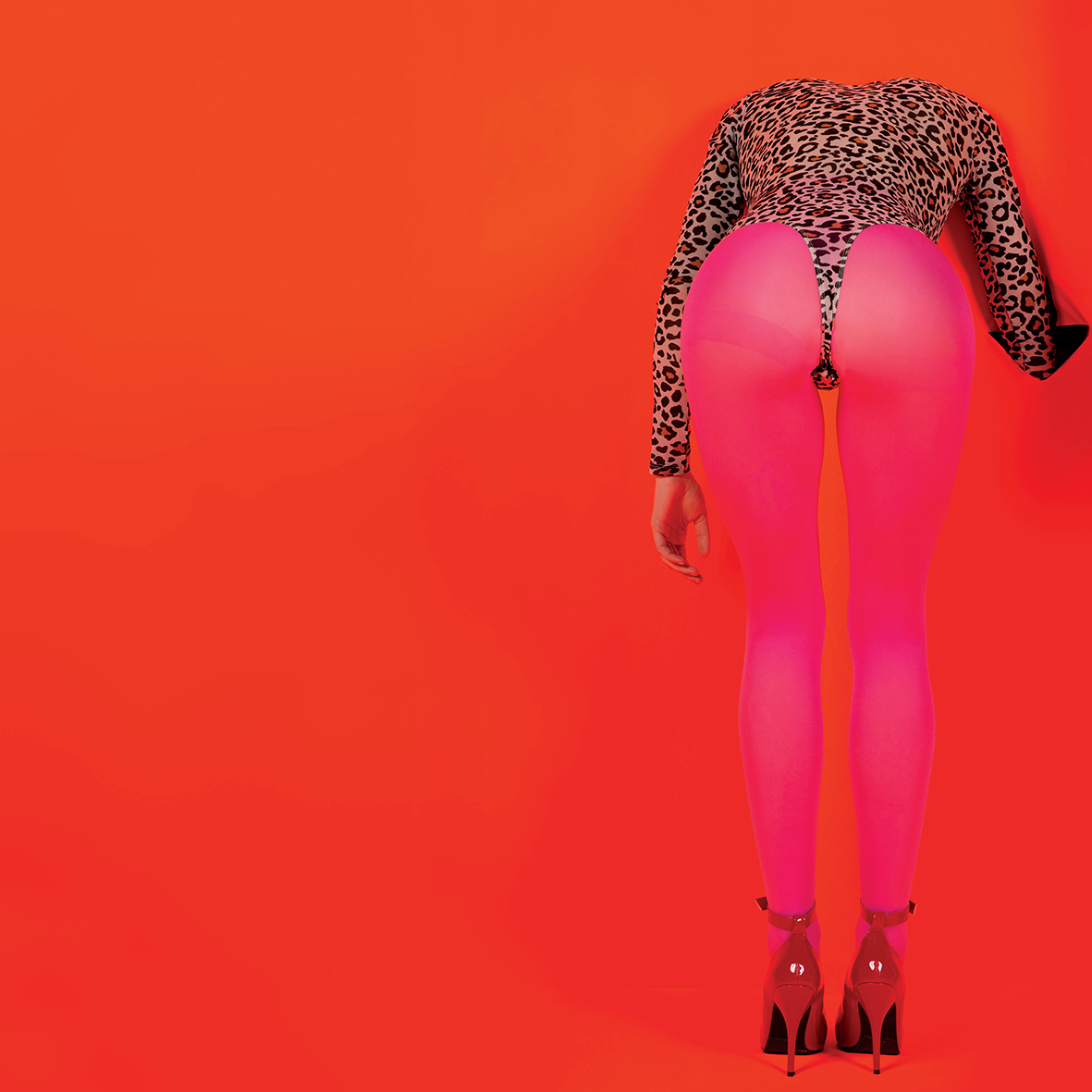 Title track Masseduction (as in mass seduction, not mass education) finds Ms Clark in irresistible form, keeping up the energy and adding some Prince-like sensibilities. “I can’t turn off what turns me on” she repeats, “I hold you like a weapon.”

The addiction of Pills returns in the up tempo and poppy Sugarboy, a sugar rush put to music. “Sugarboy, I’m in need, how I wish for something sweet…I am weak” The album’s second single, Los Ageless, was released in September. Down, dirty and decadent, there’s an end of era feel to a song where a certain city’s residents, “Burn the pages of unwritten memoirs” during, “The last days of the Sunset superstars, girls in cages playing their guitars.” A thumping workout track for the West Coast’s (fading) A-list social x-rays.

After all this nastiness, the reflective Happy Birthday, Johnny, provides a tender, touching interlude, wherein St Vincent, at piano, wishes this (friend, lover, brother?) “Happy birthday…wherever you are.” 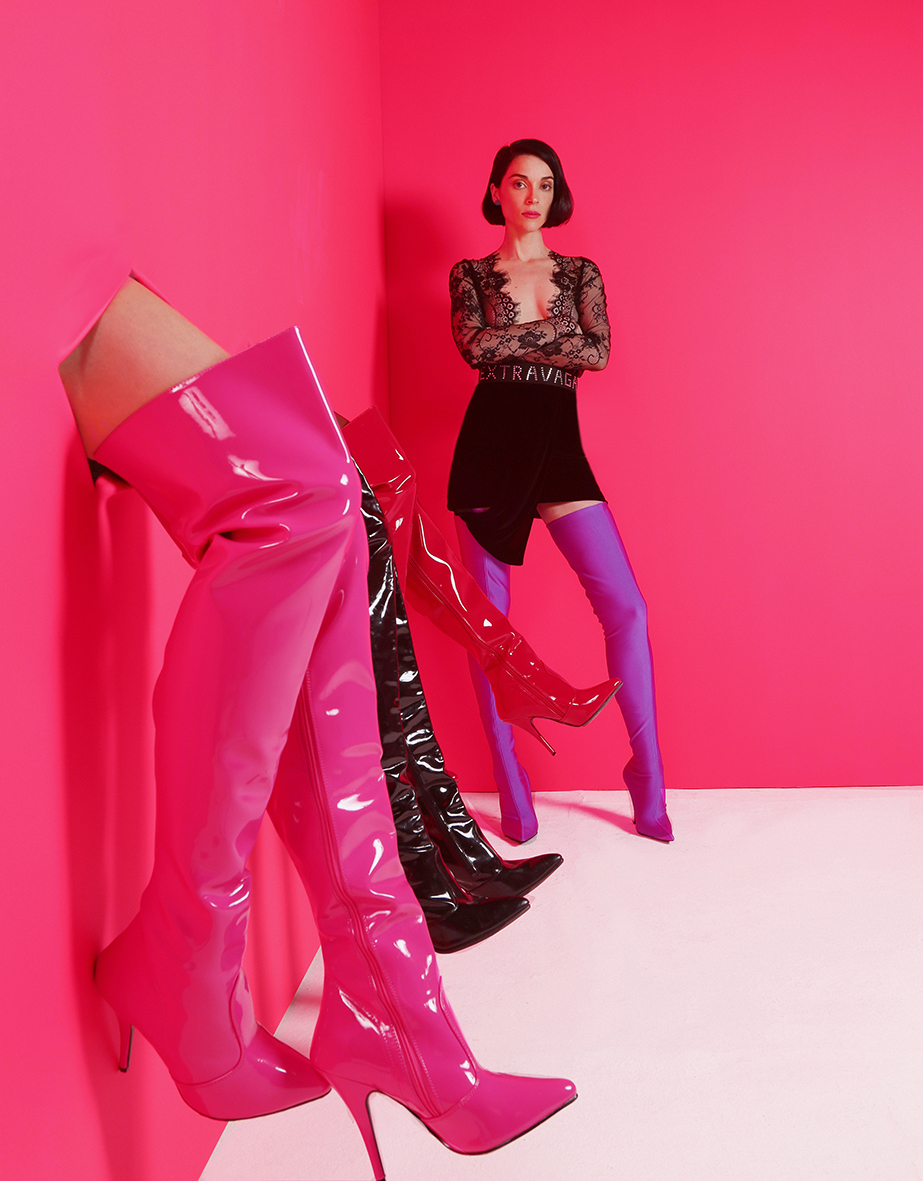 The flimsy Savior does little to make its presence felt before the album’s first single, New York, finds the singer on the country’s East Coast, back at the ivories (playing them with her feet, if the video is to be believed,) lamenting the loss of former lover Cara Delevingne (if those commenting on YouTube are to be believed,)

Fear the Future (also the name of the album’s tour, staring at the Brixton O2 Academy on October 17) passes through like an express train, without a hint of trepidation in St Vincent’s voice. “I was your drug…I was the taste on your tongue,” she remembers on Young Lover, an absolute earworm of a track at home in musical theatre.

Slow Disco, complete with violins, changes the mood again as St Vincent slips her hand from another’s on the dance floor and drifts away.

The underwhelming Smoking Section brings the album to a close, despite its, “It’s not the end” lyric, a single piano chord oozing out into the ether.

Those new to St Vincent will find much to entice them here, although whether the seduction is en masse remains to be seen.