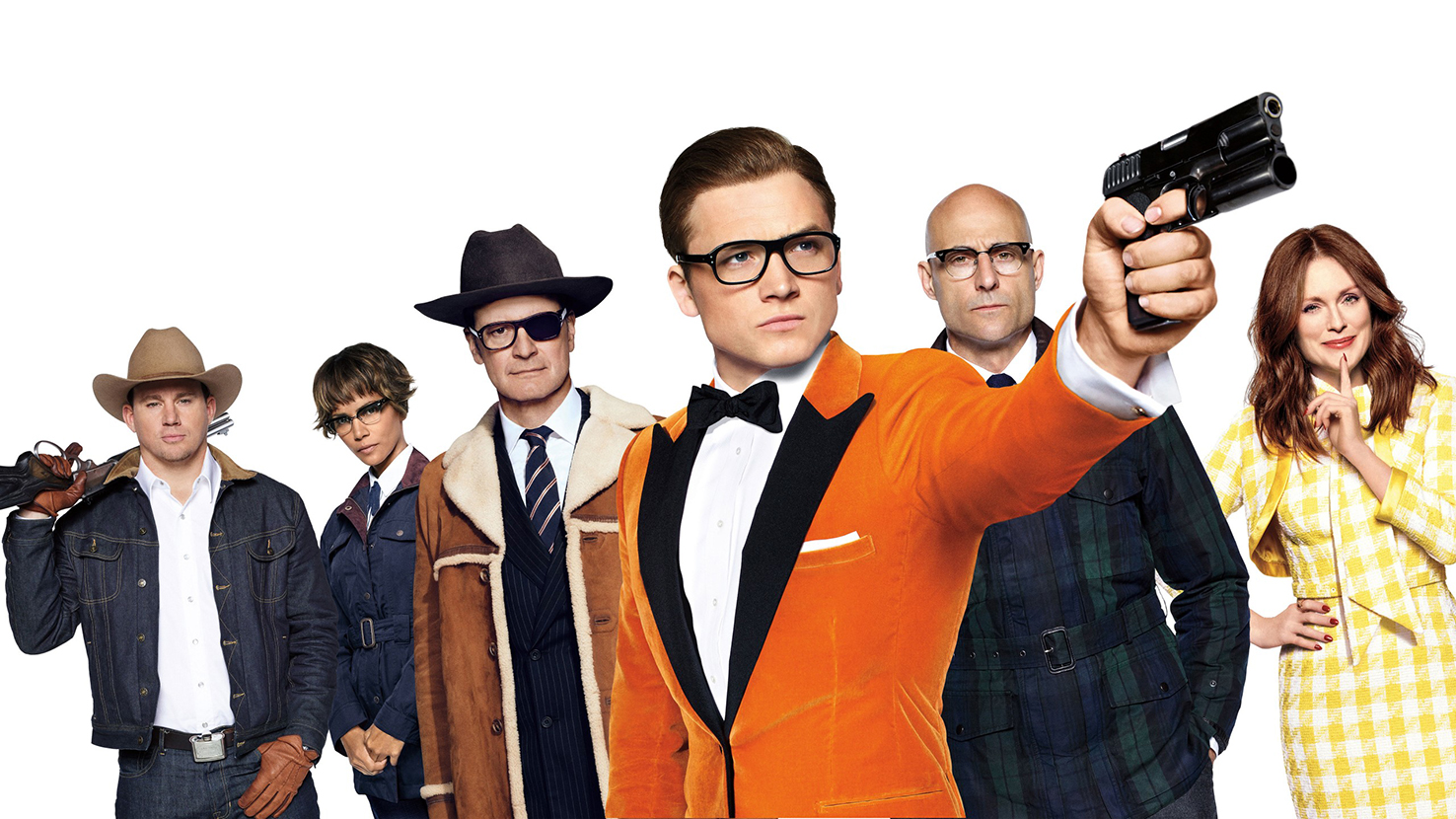 Kingsman: The Secret Service was a blast of fresh air at a time when the spy genre was taking itself far too seriously and was risking becoming endlessly dour and morose. It made a star of Taron Egerton and brought a much-needed jolt of fun back to spy movies: after all, guns, gadgets and car chases are a big part of why we watch these films, and it was nice to see something that didn’t skimp on them. And perhaps inevitably, while being undeniably fun and just as action-packed as its predecessor, Kingsman: The Golden Circle never manages to recapture that freshness and feeling of surprise. It’s not a bad film by any stretch, but it does feel like more of the same.

We reunite with Eggsy, now a bona fide Kingsman agent, about a year after he saved the world in the last film. In a nice touch, he’s in a long-term relation-ship with Princess Tilde of Sweden, which retroactively makes the previous film’s slightly tasteless final punchline a bit more palatable. But when a mysterious new villain destroys Kingsman HQ, he teams up with Merlin (Mark Strong), this franchise’s Q equivalent, and goes in search of help. They find it in Statesman, an American spy agency whose members are as ridiculously American as the Kingsmen are ridiculously British.

Colin Firth’s Harry Hart commented in The Secret Service that a spy movie is only as good as its villain, and there’s no denying that getting Julianne Moore to take over bad guy duties was a brilliant move. All faux sweetness and glossy Americana, her character Poppy is instantly appealing and makes a great foil for our heroes. Or she would, if any of them actually met her before the bombastic finale. She’s genuinely brilliant in her scenes, but it’s a crying shame that she shares so few with any of the main characters.

It’s particularly dispiriting that she and the great Jeff Bridges never get a Big Lebowski reunion scene, especially since her lair has a bowling alley in it. And it’s even more of a pity that her evil plan to take over the world feels functionally identical to Samuel L. Jackson’s in the last film, contributing greatly to the sadly fairly samey feeling of the film.

That said, you certainly can’t say director Matthew Vaughn hasn’t tried to mix things up, and despite the similarity to the previous entry there is a lot to enjoy here. The blistering car chase that opens the film is a highlight, and the final all-out assault on Poppy’s lair is enormously entertaining and very creative in its using the environment to kill off her henchmen. The cast are all on great form as well, and what a cast it is: in addition to the returning characters (including a back-from-the-dead Firth) we have Channing Tatum, Halle Berry and Game of Thrones’ Pedro Pascal, once again with charisma to burn and stealing virtually every scene he’s in. It’s a shame that Tatum’s Agent Tequila – where the Kingsmen are named after knights, the Statesmen are named after drinks – gets written out so quickly, but Egerton deserves to be a huge star and Mark Strong continues to invariably be one of the best things about whatever film he’s in. 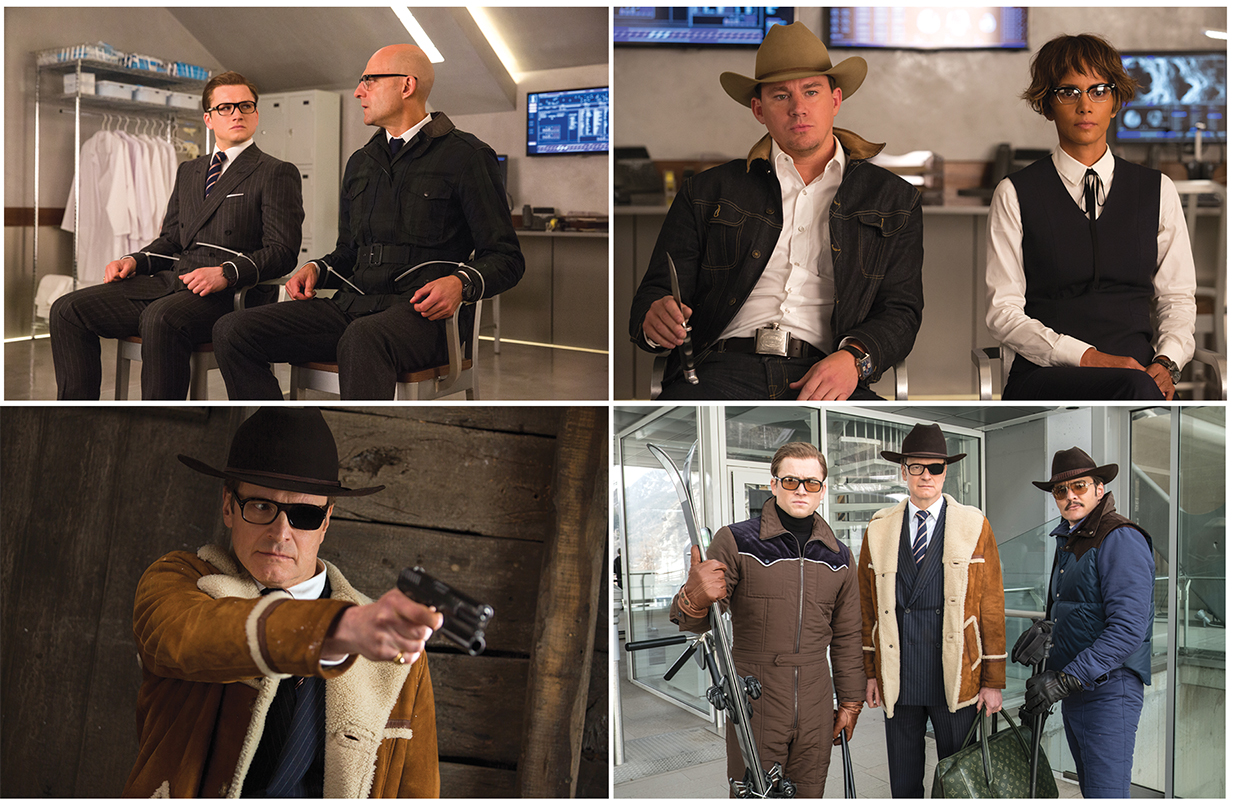 Bringing back Firth after being shot in the face last time around could easily have been the shark-jumping moment, but The Golden Circle would be significantly lesser for his absence. Without getting into the details of how he’s alive, Firth brings real pathos and a surprising sadness to the character here, and the quiet scenes between Harry and Eggsy are some of the film’s best.

Almost all the individual elements – the characters, the action, the humour – are present, correct and very strong, which makes it all the more disappointing that they’re linked by an over-familiar story in a film which is 20 minutes too long. It seems a bit unfair to be negative, because there really is so much here that’s good, but it does all feel a bit like the second verse is the same as the first. It isn’t entirely reasonable to expect that same feeling of freshness that the first film had, but a more distinctive overarching story would have gone a long way. It’s still great fun, a very enjoyable ride that’s definitely worth taking, but don’t expect it to have the impact of its predecessor.