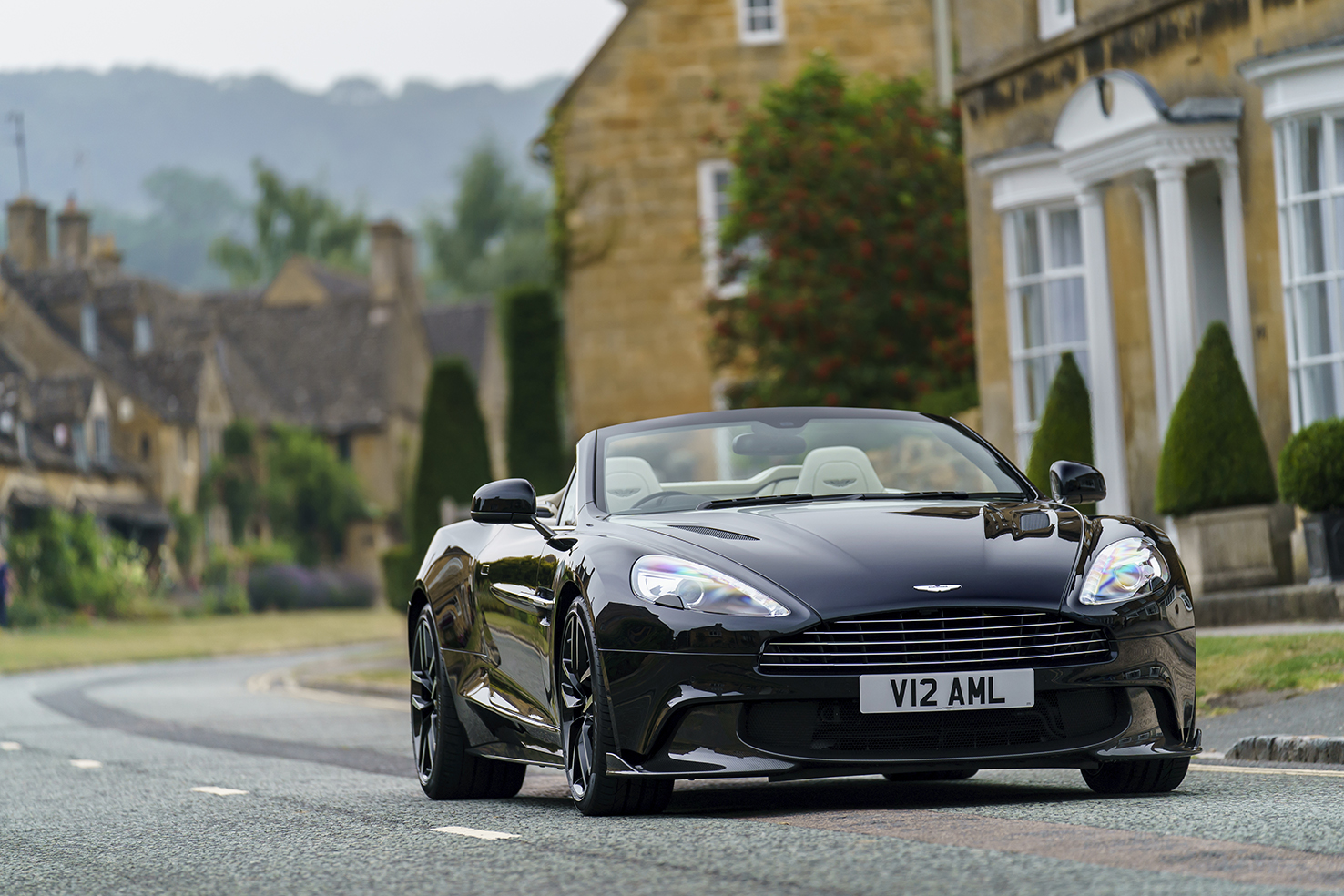 Publishing schedules being what they are, you’ll probably be reading this in the depths of winter, your thoughts full of Christmas and your nose full of the heady scent of pine trees, Brussel sprouts, and an egg-nog or three. By now you’ll be sick of the sound of Slade’s Merry Christmas Everybody being played through a department store’s PA system; you’ve probably got the windows shut and the heating full on, and you’re longing for your summer holiday.

I on the other hand am writing this after a gloriously sunny, late autumn’s drive up the Wye Valley. My thoughts are on my yet-to-be taken (albeit late perhaps) holiday, and my nose is still full of the scents of damp early autumn grass, soft hand-stitched leather, and super-unleaded petrol being consumed at approximately 20 miles per gallon – maybe less when pushing it. My ears are ringing to the mellifluous sound of a naturally aspirated 5.9 litre 595bhp V12 Aston Martin engine being “played” through quad tailpipes and echoing off a Welsh hillside. The hood was down, the heated seats on – just to take the chill off you understand. 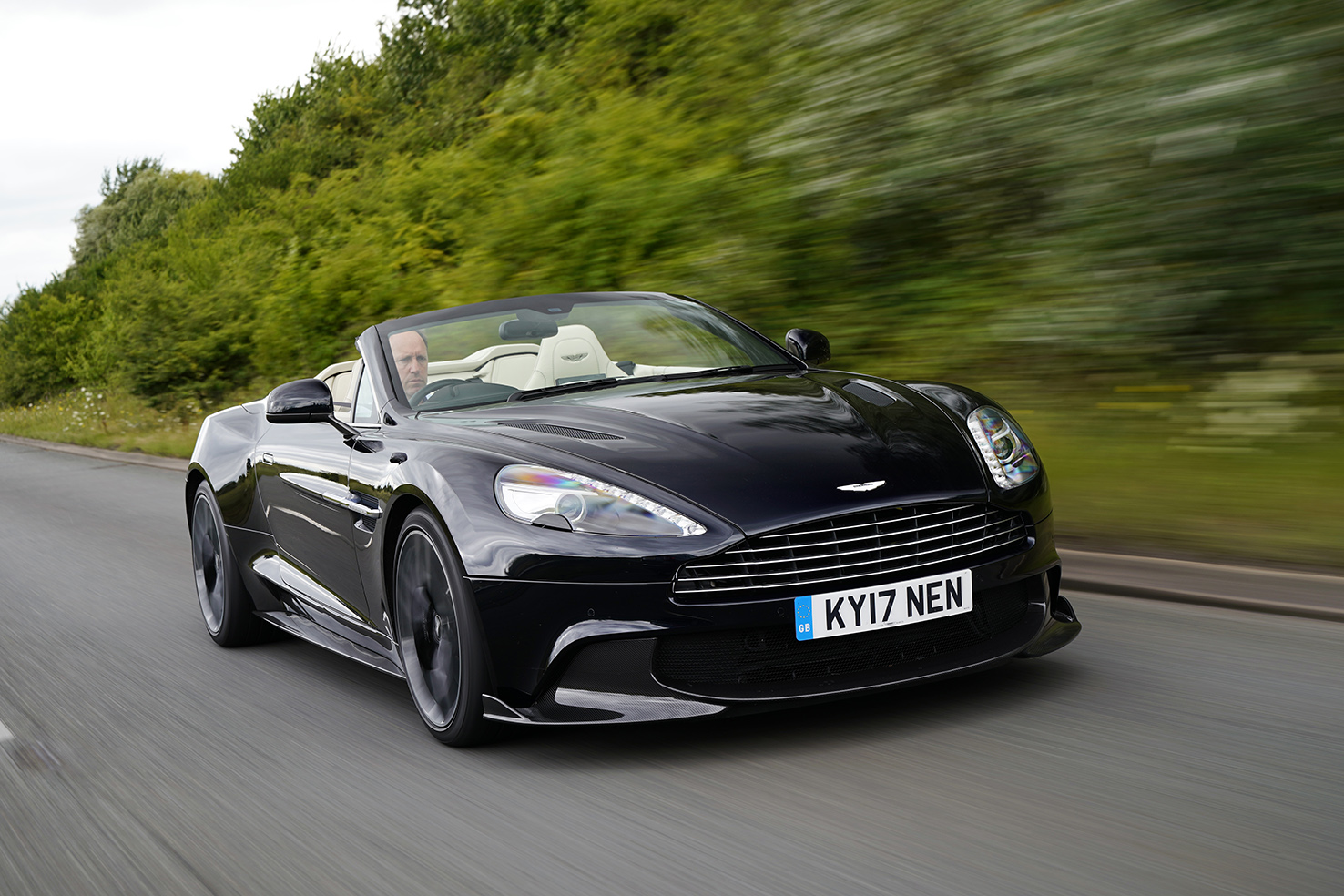 Apologies for sounding quite so smug but the effects of being handed the keys to Aston Martin’s Vanquish S Volante for a long weekend, blur your sense of reality. Not only is it effortlessly quick: 0-62 in 3.5 seconds and approximately 200mph all-out (were such things allowed) this front-engined and unapologetically luxurious and expensive, 2+2 grand-tourer’s old-school charm takes quite some time to wear off. It’s intoxicating.

Designed like all the best of GTs for covering big distances on sweeping open roads and in ever shorter periods of time, this carbon-fibre bodied, soft-top beauty changes direction perfectly. Its steering is accurate. Its throttle response immediate. Despite its undeniable size, the Vanquish S Volante feels effortlessly athletic.

There are no turbos that have to be woken and spooled up before it hauls in the horizon. Plant a brogue in the deep lamb’s wool mats and as long as you’ve selected sport mode both engine and 8-speed gearbox respond readily. The accompanying bellowing, nay howling sound track, as a result of newer free flowing inlet and exhaust systems, is spine-tingling. You really can play tunes with the paddle shifters. People point, school-boys stand agog at bus stops, everyone wonders just who was it that just wafted by? 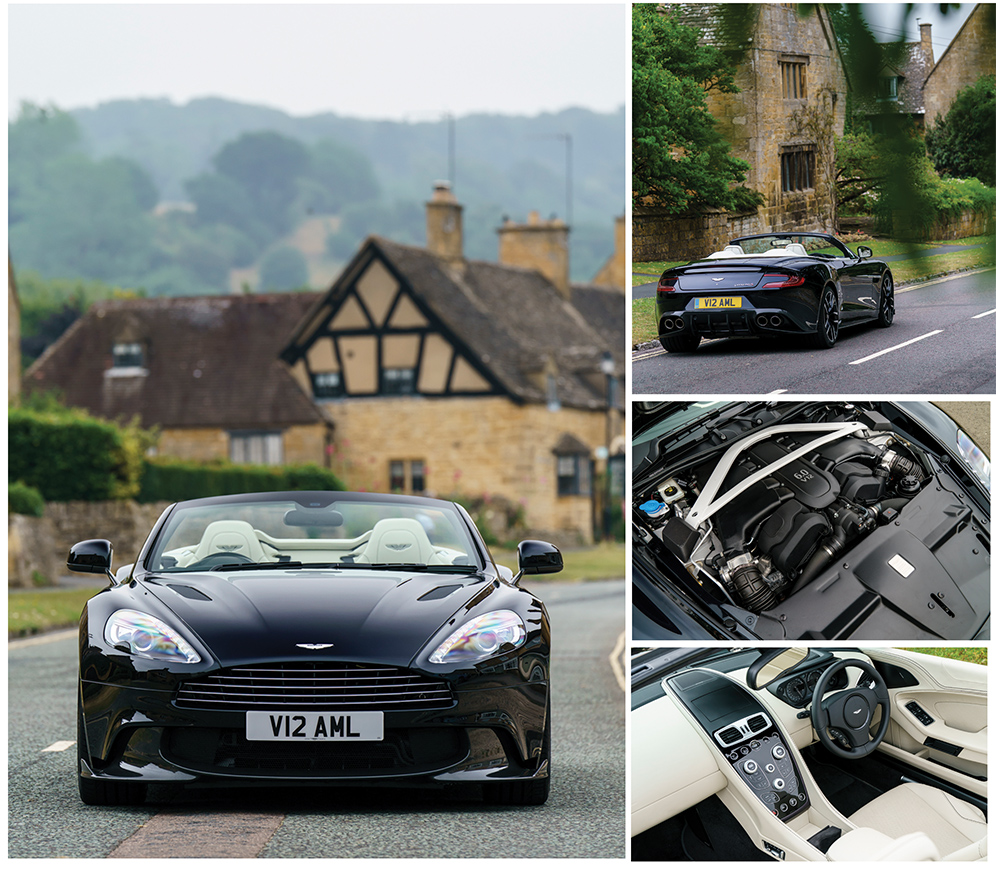 What the bystanders can’t see though are the flaws. The Vanquish’s interior feels its age. Originally designed over 12 years ago there is no doubt a wonderful eccentric charm to it – I’d even go as far as to say that I actually prefer it to the clinical and all-the-more electronic (and Mercedes sourced) cock-pit of Aston’s DB11. Nevertheless, some of the click-clacky minor switchgear feels woefully out of place in a near £212,000 car. The 6.5 inch sat-nav that takes nearly as long to boot-up and unfold out of the dashboard as the three-layer fabric roof does to fold down feels decidedly of the last decade too.

And of course there are the compromises made simply by making the Vanquish S a Volante: a convertible. Chopping the roof off something this size and then adding a fabric one that with its associated mechanism is 100kg heavier means there’s bound to be a shimmy or two from the chassis, a creak or two from the interior, and more wind roar around the side windows and door tops. None of which are a deal-breaker I hasten to add, but all are noticeable.

Think not then of the Vanquish S Volante as the ultimate sports-car but rather as (nearly) the ultimate soft-top GT. There’s just about enough room in the boot for a week’s worth of luggage, it is gorgeous to look at, and as soon as you’ve pulled its signature swan-wing doors shut it’s as if the usual stresses of the day simply don’t apply.