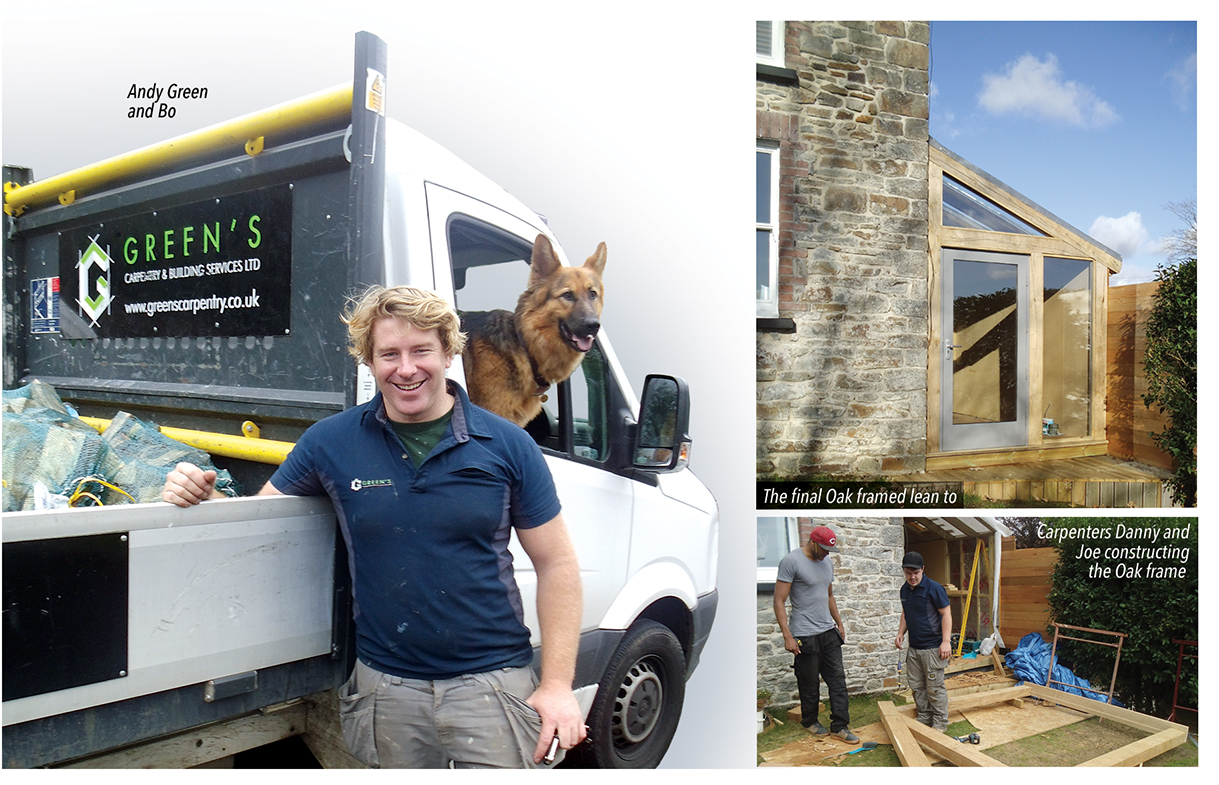 Sometimes a chance encounter can be one of the most fortuitous of meetings. Some years ago when we first started the magazine, I did what many fledgling business owners do and got up at an unearthly hour of the morning and went to breakfast networking meetings. It was at one of these meetings, over a hearty cooked breakfast that I met a young guy who, after working for a large company had taken the giant step to launch his own business. Andy Green had a small team of carpenters and an apprentice, and was looking for new clients.

We had recently had a new roof put on our cottage and I was looking for someone to renovate or replace our sash windows. Andy came along and priced up the job and whilst he was there he suggested that we put a pitched roof over our two small dormer windows which were currently flat roofed. This is something I had asked our roofer to do – but after a bit of chin rubbing and some deep sighs he had told me that because of the pitch of the roof this wasn’t possible. “That’s a load of rubbish” Andy said when I told him the story. “He probably just didn’t want to or couldn’t do it” he said.

The upshot was that we commissioned Andy to undertake the renovation of the windows and put a pitched roof on the dormers. Having Andy and his team around was an absolute pleasure – they were polite and courteous, none of them smoked and there was no profanities. We were so impressed with their workmanship

that we recommended them to a family member in Kent who needed carpentry work on their 16th century timber frame cottage, and who were happy to pay their accommodation and travel costs. Green’s Carpentry is well experienced in working on period homes and is knowledgeable on historic property conservation. Our Kent family were delighted at the workmanship and the cost had come in well within budget.

Since then we’ve used Green’s to renew a flat roof and most recently build a storage room on the end of the cottage. This simple lean-to has an oak timber frame and is clad in larch and with a slate roof to match the original building. It will provide the much needed storage space that doesn’t come with a two-up two-down 19th century cottage.

They specialise in oak framed buildings, including renovation, restoration, new build and extensions and other large projects.

Another aspect of the business is the supply of seasoned hard and soft firewood, conveniently netted and delivered to your home.