Please note that all books reviewed in this column in every issue are available at the KILLAY LIBRARY. Just ring the lovely people there on 01792 516820 to check availability. Killay Library receives an advance list of the titles to be reviewed in each issue of Bay magazine and do their best to procure the books for you, no matter how ‘obscure’ my selection is. 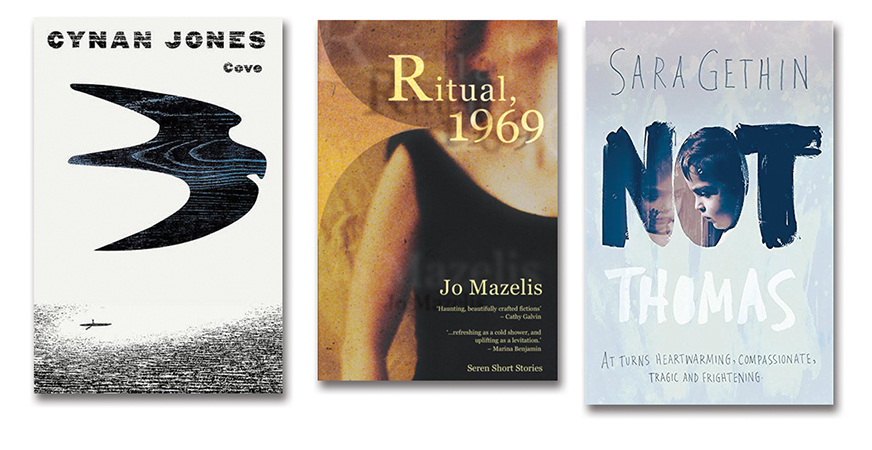 Flying the Welsh flag: Considered one of the finest living writers in English, Welsh author Cynan Jones has won yet another literary prize, the BBC National Short Story Award for his ‘The Edge of the Shoal’, an excerpt from his sophisticated novella Cove, reviewed in this column in the April 2017 issue of Bay Magazine. Cove has also been shortlisted for the Welsh Book of the Year, as has another Bay favourite, Swansea novelist Jo Mazelis’ brilliant collection of short stories Ritual, 1969. Another notable Welsh writer, Llanelli novelist Sara Gethin saw her debut novel Not Thomas (Honno £8.99) winning an entry in the UK shortlist for The Guardian’s Not The Booker Award. Not Thomas tells the disturbing story of neglected and abused 5-year-old Tomos, whose delinquent single-parent mother creates a dysfunctional life for him, sadly only too well-known to us from the more vivid tabloid headlines. Gethin portrays how neither officials of the social services, nor concerned friends and relatives were able to stop the mistreatment of the helpless child. Sara Gethin has taken on the difficult task of telling the story in the first person with little Tomos as the narrator; to her credit she has captured the confusion and pathos of the child’s sad existence convincingly. Her name can confidently be added to the roster of outstanding Welsh writers in English. 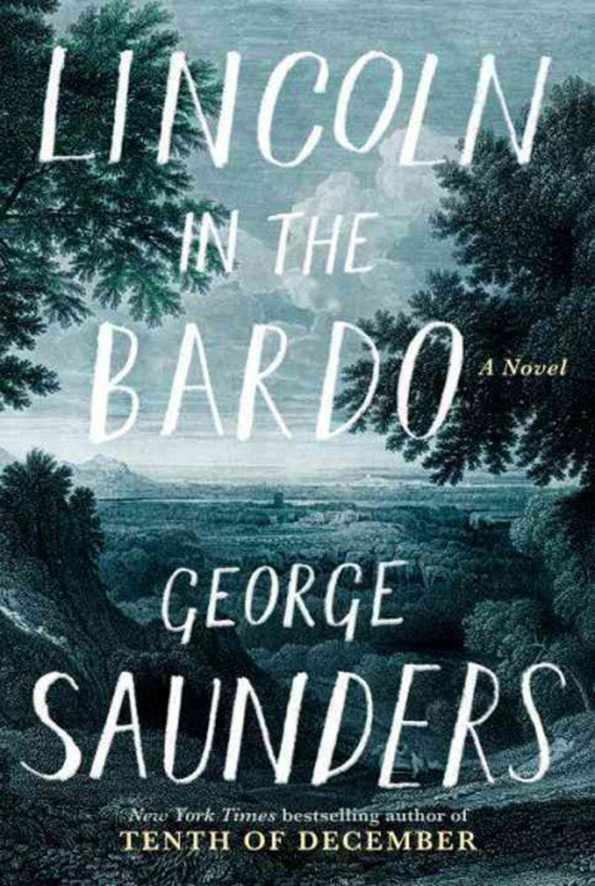 American novelist George Saunders’ Lincoln In The Bardo was the most credible choice for the winning title of the Man Booker Prize 2017. One of the great satisfactions of this life is to see a brilliant litterateur winning public recognition.

We would all have preferred the prize to go to a British writer, but none of Saunders’ co-shortlisters were serious contenders. Jon McGregor’s Reservoir 13 and Mike McCormack’s Solar Bones were two outstanding submissions with winning potential, which were not, idiotically, included in the shortlist at all, testimony to the collective incompetence of the judging panel. 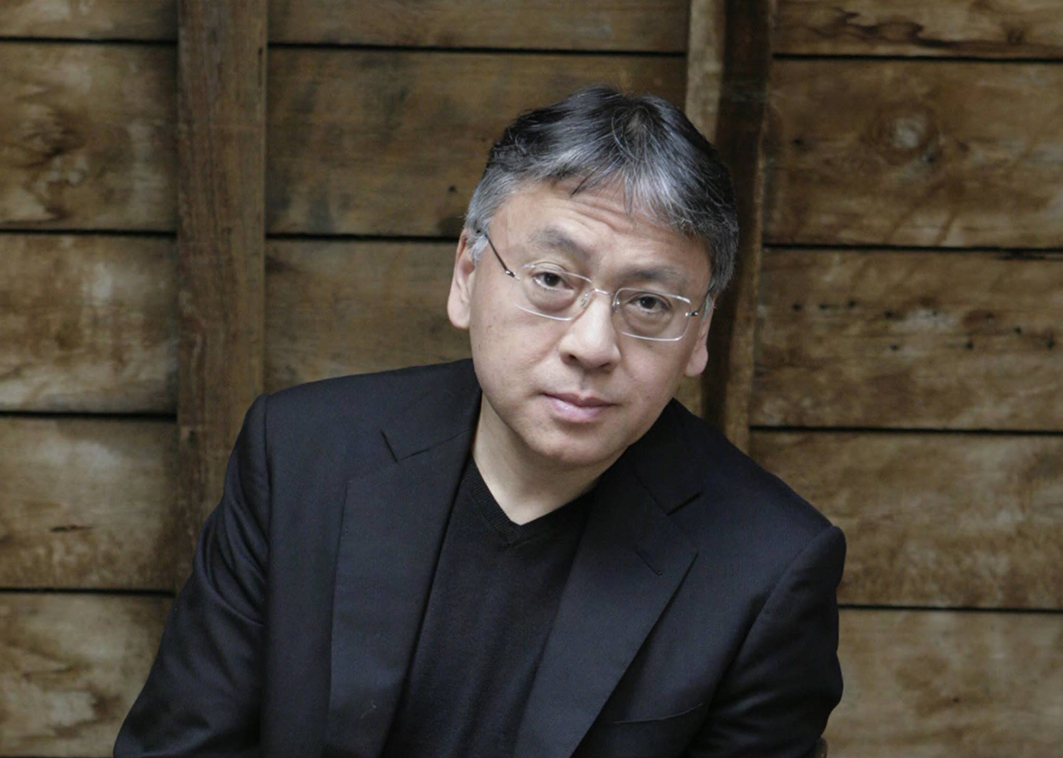 With the announcement of UK novelist Kazuo Ishiguro as the Nobel Literature Laureate 2017, the prize has regained credibility. All serious biblophiles are relieved that the Nobel committee has come to its senses after the public humiliation of last year’s literary prize fiasco, awarded incomprehensibly in 2016 to an American pop star who had the good sense to disassociate himself from the gaffe.

Born in Nagasaki in 1954, Kazuo Ishiguro has lived in Britain since he was five years old and has always written in English. He is a worthy recipient of the 2017 Nobel Prize, with a distinguished body of work, familiar to readers of this column. His latest novel The Buried Giant was reviewed in Bay May 2015—- readers are more familiar with his two novels Remains of the Day and Never Let Me Go, both made into very successful films. Nocturnes, Ishiguro’s exquisite collection of essays on the theme of music was reviewed in this column in the March 2011 issue of Bay.

Now that the annual kerfuffle with the Booker and the Nobel prizes is over, let us celebrate important new works by established British writers of towering reputation. We are restricted by constraints of space to reviewing a final selection from the mighty pens of Sir Salman Rushdie, Alan Hollinghurst, Will Self  and Ned Beauman who have been at work again, delivering the bounty of their creative bijouterie for our enjoyment and edification.

A new novel by Salman Rushdie is, as ever, a fresh opportunity to share in his vast store of cross-cultural and cross-continental literary know-ledge. Rushdie is the master of scholarly allusion, able to draw upon the minds of the greatest thinkers in history, pulling their thoughts together to endorse an intellectual point of his own.

In The Golden House, Rushdie brings his protagonist billionaire business-man, the sinister Nero Golden, from the affluent end of Mumbai as an immi-grant to the posh end of Manhattan. Rushdie’s narrator Rene Unterlinden is able to employ a sort of detached observational technique, as their neighour, always on the periphery of the Golden family’s wild, weird and wicked doings.

With the type of creative coincidence that happens so rarely, Rushdie strays briefly onto 2017 Booker winner, George Saunders’ Bardo territory: after Rene’s parents die in a car crash, it takes him the 49 days they must spend in the bardo to recover from his grief. The bardo is the spiritual zone where the deceased wait to be reborn according to the Buddhist/Hindu belief in reincarnation.

From Rushdie’s first epic novel, Midnight’s Children, he has dazzled and confounded reviewers who find his vast canvasses difficult to examine with the critical detachment expected of them. I say with real humility—take no notice of my personal perspective. This is an erudite and sophisticated novel which engages the reader at every stratum of understanding. Just enjoy and appreciate it at your own pace.

Madness Is Better Than Defeat by Ned Beauman (Sceptre £16.99)

Ned Beauman crashed into the British literary scene in 2010 with his dazzling debut novel Boxer Beetle which was easily the wildest and the best of the BBC’s ‘debut dozen’ selections that year. Beauman has mellowed since. His novels do not have the incandescent energy of Boxer Beetle, but are still among the most original and inventive of contemporary writing.  In his new novel Madness Is Better Than Defeat, Beauman takes us on an Indiana Jones-esque adventure in search of a lost Mayan temple in the jungles of Honduras. Two equally crazy rivals, one an obsessive film-maker, the world-famous Arnold Spindler and the other a despotic billionaire, Elias Coehorn Sr engage in a battle of wills to reach the hidden temple first. Spindler sends cult director Jervis Whelt as his emissary to Honduras with a mission to make a film; Elias Coehorn Jr is sent by his father to find the temple, disassemble it and bring it back to New York to be reassembled. And that is only the start of the lunacy. Beauman’s frenetic imagination and deranged characters make for a novel unique in its mastery of the improbable.

Booker winner Alan Hollinghurst returns to his themes of art and the arts in the upper echelons of London society, with homosexual love as a backstory, recording the changing attitudes of homosexual lovers to each other over the years.

In Hollinghurst’s new novel The Sparsholt Affair, it is a rarified world that David Sparsholt inhabits, from his nineteen forties student days in Oxford to his much-publicised adulthood as a wealthy industrialist, handsome and powerful. His lurid fall from grace when he is caught in a scandal of corruption and homosexual lust is widely and disgracefully exposed as ‘The Sparsholt Affair’.

David’s son Johnny is a gay portrait painter, through whose eyes we examine the artistic vagaries of modern affluent Britain and the changing attitudes, both legal and sociological, of straight and gay people, to the increasingly visible gay community. Johnny and his coterie are witness to the change in social attitudes towards love between men — from the extreme social opprobrium at the time of the 1st World War to the decriminalisation of same-sex love in 1967 – down to the total social and legal freedom of the present scenario of civil partnerships and gay marriage.

Hollinghurst makes full use of all his characters as creative tools to define each other and the world they inhabit, only occasionally offering exquisite little pen portraits of his protagonists.

Alan Hollinghurst is not a prolific writer; the literati award him a permanent place on the creative pedestal for the sheer quality of his prose and his inimitable narrative style.

If you are at all familiar with the work of Will Self, you will expect his new novel Phone to be as challenging in style and disturbing in content as its precursors: Phone is the third book in the Umbrella and Shark trilogy.

Phone continues the narrative of Dr Zachary Busner and Jonathan De’Ath, writing in the same stream-of-consciousness style as Joyce’s Ulysses with a vivid overlay of 21st century idiom and ideology. Modernist literature using this technique is very difficult to write and can be quite impenetrable. But Will Self has shown himself to be a master of this style, succeeding in maintaining reader interest consistently.

As this unusual novel develops, you realise that there is not a single ordinary sentence in this novel — every word that Self writes works hard to create a sense of heightened awareness, seducing the reader into following every swift unsignalled change of narrator, every unexpected move from one locale to another, from one moment of time to another.

As a result, the plot itself defies description and the diligent reviewer is hard put to interpret the random rendition of our most urgent contemporary concerns, from the invasion of normal life by the horrors of social media, to the madness of terrorism and the calamitous results of pointless warfare.

Phone has an assured place in your list of literary must-reads of 2017.