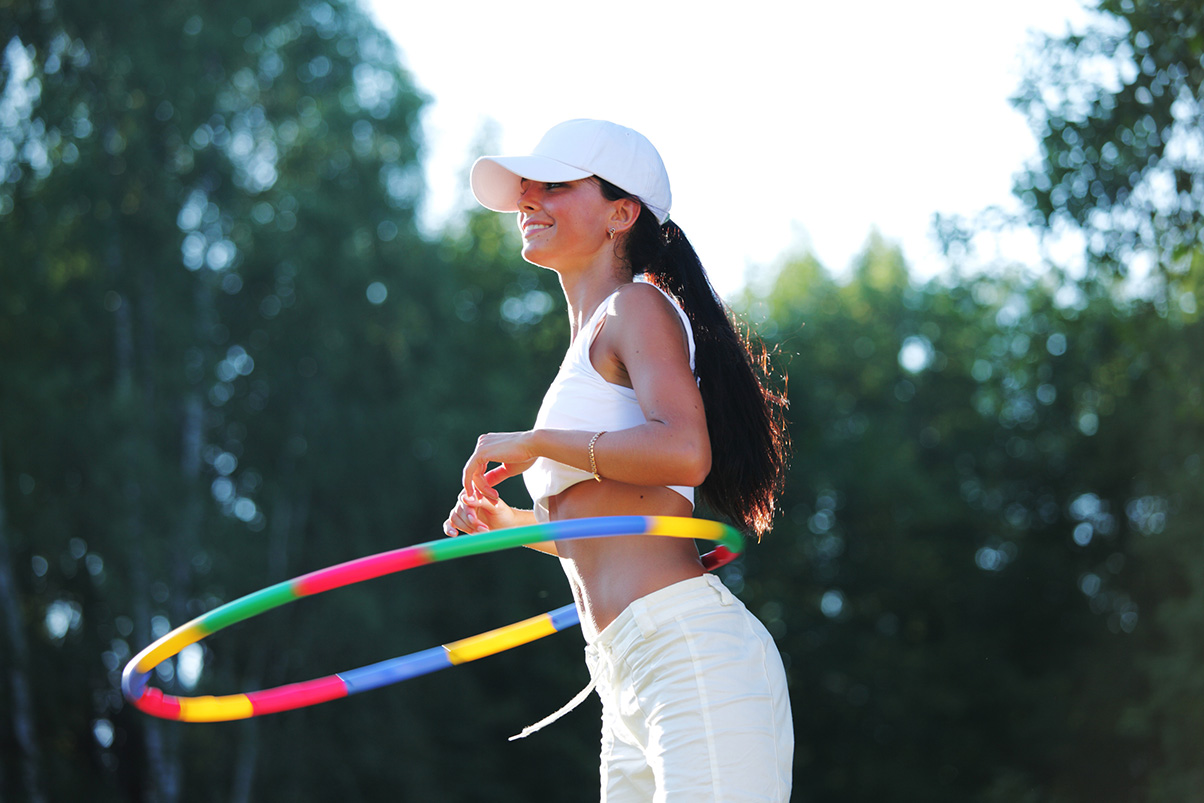 I am often asked about the best types of exercise to either help improve spinal flexibility or avoid back problems. In general, exercises which build on one group of muscles while neglecting their counterparts are likely to build an imbalance in the supporting muscles of the spine, which can’t be a good thing. Cycling, for example, works the hip flexors (psoas) which anchor to the lumbar spine and cause shear forces on the lower lumbar shock-absorbing discs. If these muscles are allowed to get very strong without building on the spine-extension muscles for balance (erector spinae, multifidus, iliocostalis etc), then the shock-absorbing discs are being loaded eccentrically. There is good evidence from the labs which show that discs fail prematurely when they are eccentrically-loaded, so maybe we should avoid focusing purely on one type of exercise which encourages spinal imbalance.

Swimming is great for the spine. The gravity-eliminating water allows us to off-load our spines and the exercise of swimming encourages multi-directional movement and development of muscles around the spine. But, how many of us have the time to devote to this fantastic form of exercise?

A large amount of time is taken travelling to the pool, getting changed and drying off afterwards. Maybe, some motivation would encourage a regular trip to the pool. Take Specialist Nurse Practitioner Rachel Westermark who works in Morriston Hospital for example, who has challenged herself to swim the equivalent of the English Channel in order to raise funds for spinal injuries (you can support her on www.justgiving.com/fundraising/rachel-westermark1) – that’s 1416 lengths in 8 weeks! The sponsorship is a great way of motivating us not to give up.

Enter the hula hoop. I kid you not, it’s a great form of exercise! OK, the typical children’s bright plastic hoops are pretty light and very difficult to keep up, but the weighted hoops are getting increasingly popular as a work-out item. In principle, the heavier the hoop, the less difficult it is to keep it spinning. It’s pretty hard work to begin with, but gets surprisingly easier without much practice and it gets the lumbar spine moving in all directions. It’s a great way to encourage spinal flexibility without travelling to the gym. The biomechanics of hula hooping are very complex. There is good evidence to show that this form of exercise slims the waistline and strengthens the core-stabilising muscles, but no published evidence exists yet which focuses on spinal flexibility. By contrast, a Canadian paper from 1959 coined the term “Hula Hoop Syndrome” whereby children who were doing extreme hula hooping for hours ended up in hospital with sore muscles. I have personal experience of why it’s a good idea to ease into hooping gently, since an initial lengthy session of making the spine move more can be pretty painful at first! It gets easier, though.

I’ve written about the value of yoga in Bay magazine before and I can’t over-emphasise how useful this form of exercise is for spinal problems. Yoga understands the importance of good posture and flexibility, especially in extension (backwards). We always lean forwards inadvertently, such as when we sit, pick things up and everyday activities like washing our faces and getting dressed. Think how often we extend our backs in the opposite direction and you will struggle to think of a single daily activity which extends the back. Many of us don’t have high shelves to reach up to and some of us don’t even hang washing out on a line above our heads any more. A Taiwanese article in 2011 reported on the MRI scans of yoga instructors over the age of 50 and their spines were in astonishingly good condition. Evidence indeed that yoga is good for our spines.

In 2003, 26 Swedish cross country skiers were divided into two groups for training pre-ski season. One half did standard training and the other half did dance training. The dancing was without partners and was practised for six hours a week for 12 weeks. They danced ballet, modern dance, jazz dance and character dancing, in order to improve balance, coordination, flexibility and agility. The researchers found that the dance-trained skiers had greater spinal flexibility compared with the non-dancers. Of the six dancers who had back pain initially, four had complete resolution of their symptoms by the end of the study period. There is also some evidence to support belly dancing in improving spinal flexibility, but no good evidence to show that this translates into less back pain.

How about walking and running? We are designed to do both so these activities should be good for our spines. Keep a critical eye on yourself as you walk and run, though. Try and walk upright, with the support of walking poles if needed. One study showed that although walking poles did not initially appear to help with symptoms of back pain, the people who used walking poles were less likely to take pain medication for back pain. This means, walking poles appear to be helpful. When running, try to avoid a heavy, spine-jarring heel strike if possible. Think about rotating your hips as you move, which gently rotates the spine to keep it flexible. Golf gets bad press, unfortunately, in the published literature, with this sport being associated with a significant incidence of back pain. Horse riding, on the other hand, appears to help back pain according to published evidence (but don’t fall off the horse or muck out the stables!). Road biking is probably not the best, since it causes the back to hunch forward and builds on the hip flexors while neglecting the spine extensors. The evidence isn’t there, but intensive cycling biomechanically should develop the muscles which support the spine eccentrically, which is probably not helpful for the spine. Tai chi has good evidence to show that it reduces back pain.

So, in summary, grab yourself a weighted hoop and get your spine moving for a few minutes a day, in order to encourage greater spinal flexibility. Go and book a dance session and learn to do the tango, find a charity to support and use the sponsorship to motivate you to get into the pool, or walk a long distance with trekking poles, maybe as a Park Run on Saturday mornings along with hundreds of other people of all sizes, ages and abilities who do this every week. There are lots of activities which appear to help eliminate the symptoms of back pain and one or two sports which may do the opposite.