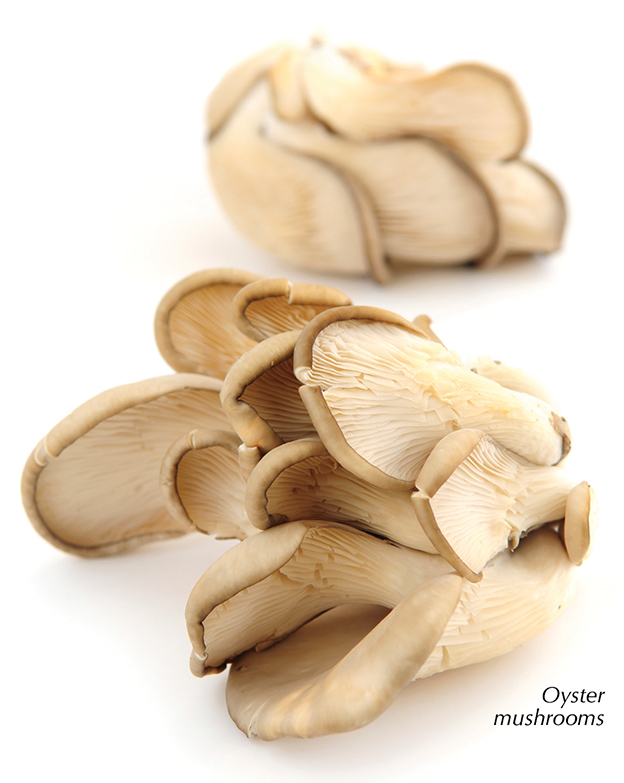 Like herbs, mushrooms have been used medicinally for thousands of years. The ancient Egyptians associated mushrooms with immortality, restricting their use for only the pharaohs; the Aztecs consumed sacred species in holy rituals. Traditional Chinese physicians held medicinal mushrooms in high esteem; they were said to improve vitality and prevent ageing. Tibetan monks used the mushroom Reishi to calm the mind and heighten the concentration resulting in deep wisdom; it was known as ‘the mushroom of spiritual potency’.

Today research has found more than 130 medicinal functions that are produced by mushrooms and fungi, including antitumour, immune regulating, antioxidant and antiviral, to name but a few1. We can be thankful that unlike ancient Egypt, the use of mushrooms is not restricted to the royal family!

Mushrooms themselves are the reproductive organs of fungi, emerging from a complex underground network of filaments known as mycelium. The largest known organism on earth is the mycelium of a honey fungus in Oregon which extends across 2000 acres and is estimated to be 2400 years old. Rarely visible to the casual observer, it is the mycelium of the fungus that performs most of its daily activities; acquiring nutrients from the humus of the soil and the breakdown of dead wood. It has been described by some as the ‘internet of the forest’, a network which connects the trees through their roots providing a mutually beneficial relationship of information and nutrient exchange.

Though each mushroom is different, there are similarities between their effects on the body. Mushrooms are made up of a distinct type of complex carbohydrate called beta glucans. It is thought that the immune system reacts to these unusually large and intricate molecules, believing them to be bacterial invaders and mounting an attack. In this way the immune system is stimulated.

Boost effects of chemotherapy and protect against bone marrow suppression.

Medicinal mushrooms can be a valuable ally in the treatment and prevention of cancers. However, humans are complex beings. It is rare that a single ‘miracle cure’ will resolve all the concerns that need addressing in a longstanding disease state. In our experience there is usually a mental shift that needs to take place, providing a renewed perspective and release of blocked energy. Herbs can then work in unity with the energy of the body to bring about healing.

Though much research has focussed on Asian mushrooms there are several species native to the UK which are equally valuable medicinally. 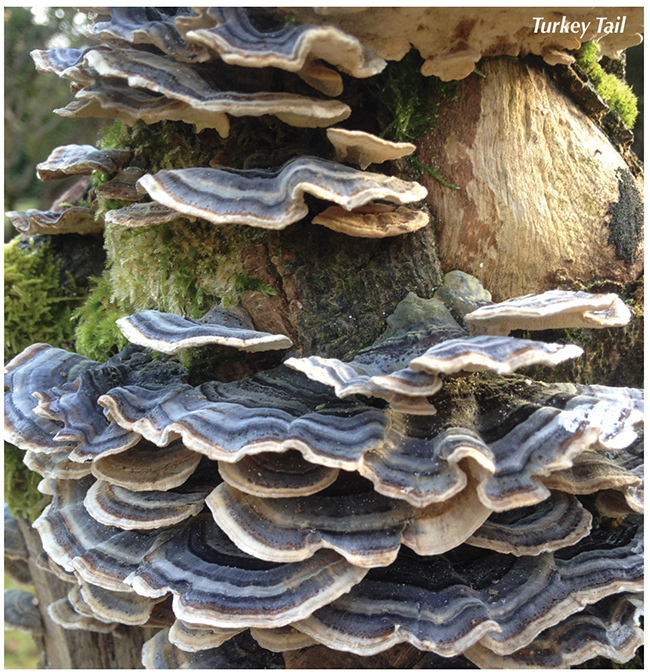 One of the most well researched medicinal fungi, Turkey tails appear in clusters, often stacked on top of one another. They have a beautiful velvety cap with definite concentric rings – usually in shades of brown. Their tough leathery texture certainly wouldn’t make a welcome addition to a stir fry!

Medicinally, Turkey tail is used to stimulate the immune system and has been researched for its use with breast cancer patients with some positive results. It has also been used in the treatment of the cold or flu virus and the Human papillomavirus (HPV). 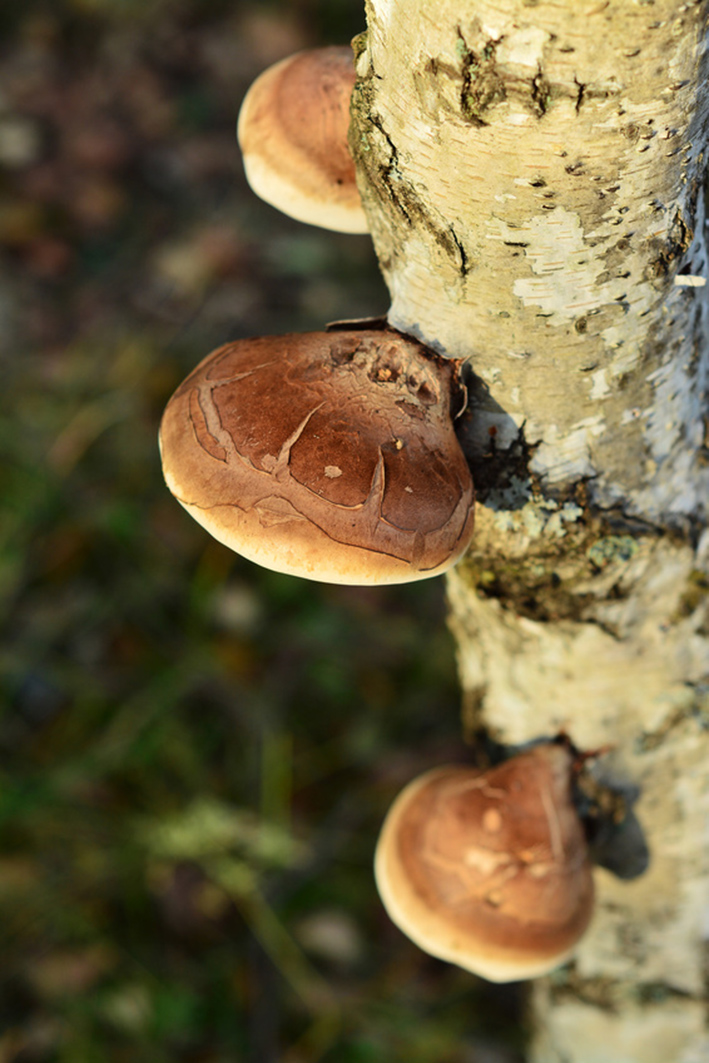 Found growing on the trunks of dead or living birch trees the birch polypore is high in betulinic acid, absorbed from the tree itself. This compound has been shown in studies to initiate apoptosis – cell death of cancer cells.

Oyster mushroom has to be one of the most delicious medicinal fungi! It should also have a place as one with great ecological potential as it is able to metabolise oil and has been used as part of the clean up process for toxic oil spills.

This mushroom has antimicrobial, anti-fungal and antitumour effects.

Please note: It is not advised that you gather your own fungi without first learning identification and eco system protection awareness from an experienced forager. 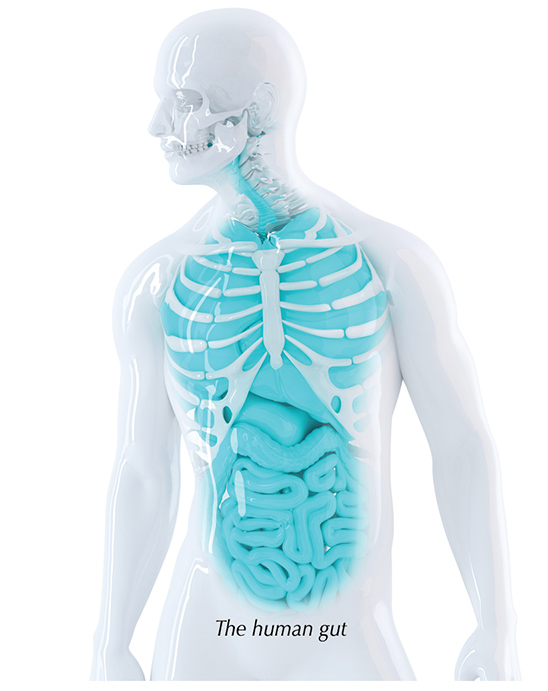 Fungi and the Gut Biome

The words ‘microbiota’ or ‘microflora’ conjure up images of our resident population of bacteria in the gut. Within this vast landscape also dwells a smaller, but significant community of fungi. Only recently has research started into the effects of these microscopic inhabitants on our health, with some surprising results. Several diseases that were formerly considered to have no association with fungi such as Hepatitis B, cystic fibrosis and inflammatory bowel disorders, have been found to have a specific pattern of fungal dominance within what is now being termed the ‘mycobiome’. It is likely that, as with bacterial species, some fungi are friendly, helping to maintain health, whilst others proliferate when health is compromised.