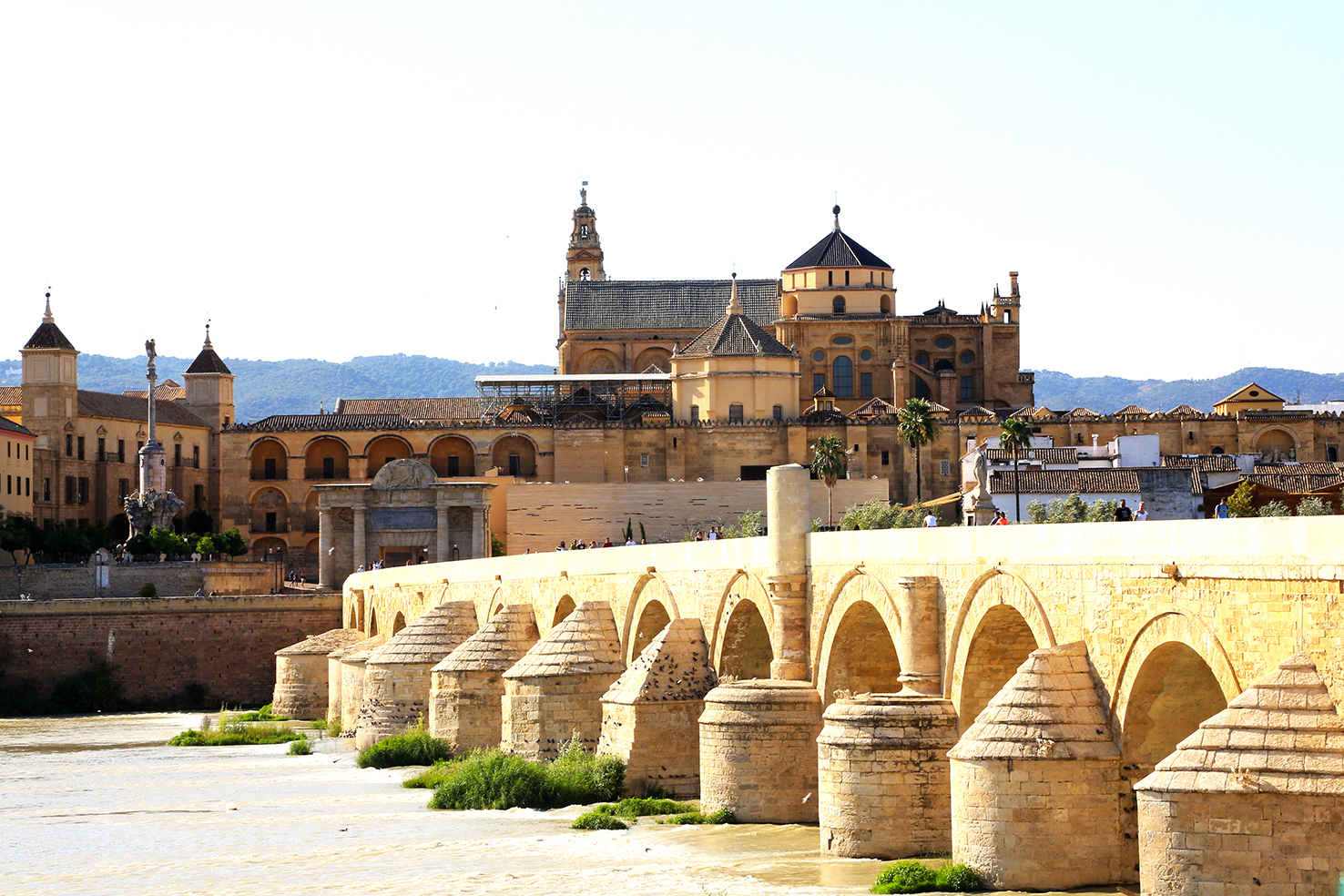 Liz has been travelling with her camera in Andalusia, Southern Spain photographing the Islamic architecture in the city of Córdoba 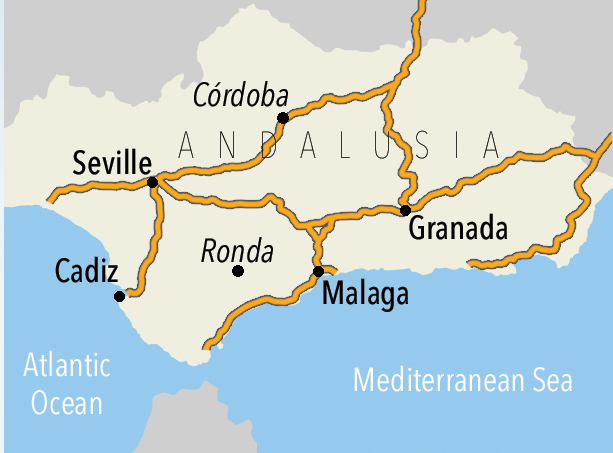 Córdoba lies on the Guadalquivir River at its highest navigable point. Founded by the Romans it became a port city of great importance, as it was from here that Spanish olive oil, wine and wheat was transported back to Ancient Rome. A lasting tribute to their skills is the Roman Bridge now called “El Puente Romano” which still stands today following numerous renovations. 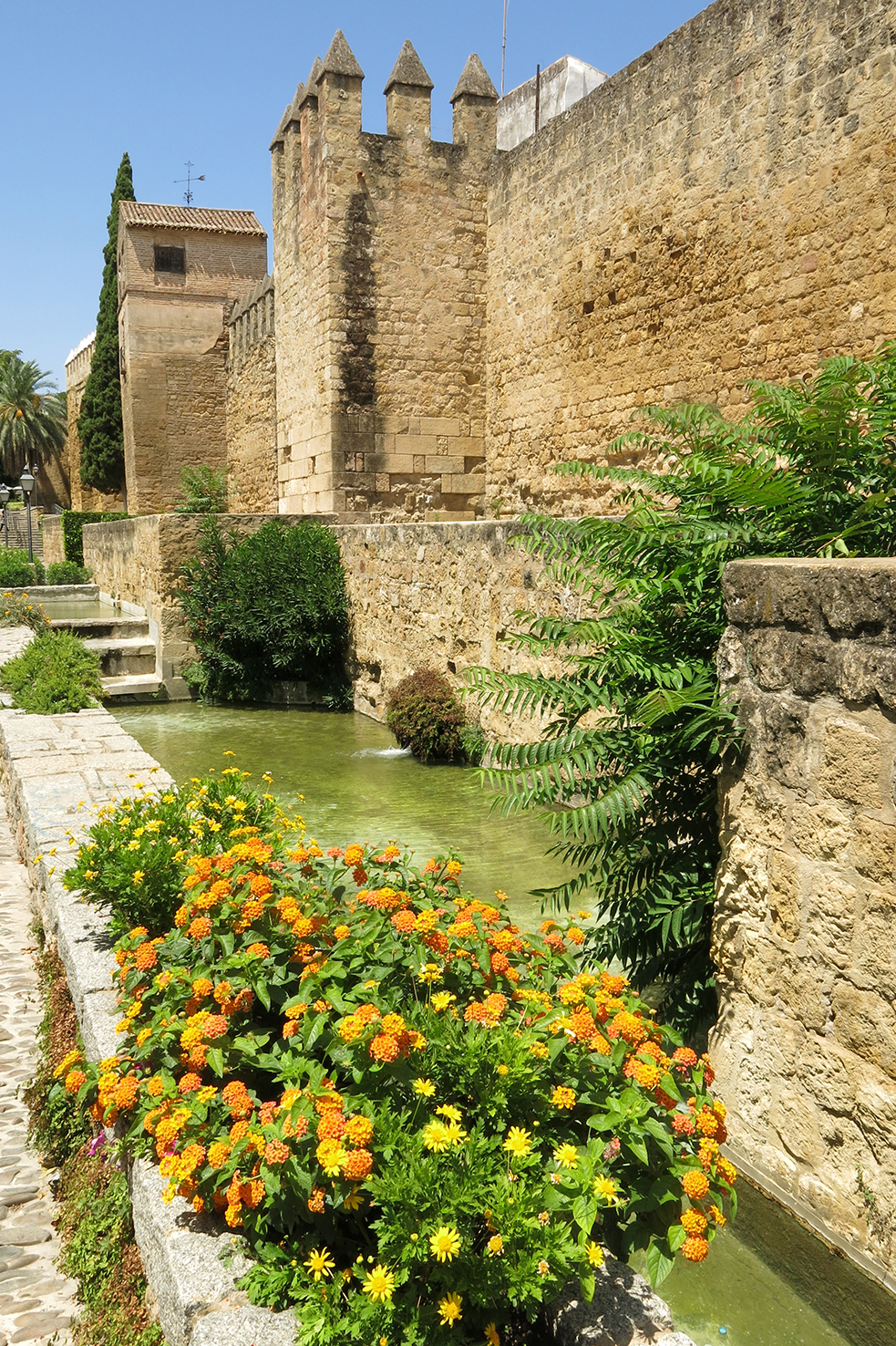 The old city walls of Cordoba

Córdoba became the capital of the Moorish kingdom of El-Andalus, and it was during this period that the construction of the Great Mosque also known as the Mezquita began; over time this has been extended to become one of the largest in all of Islam.

In 1236 the city was retaken by the Christians, who were so overwhelm-ed by the beauty and sheer presence of the Mezquita, that instead of destroying the building they constructed their cathedral within the rows of arches and columns creating the remarkable church–mosque which stands today. Hundreds of red and creamy white pillars made from jasper, granite and marble rise from the tiled floor, where the stained glass windows cast their jewel coloured reflections. It is quiet in this cool interior, as befits a place of worship. 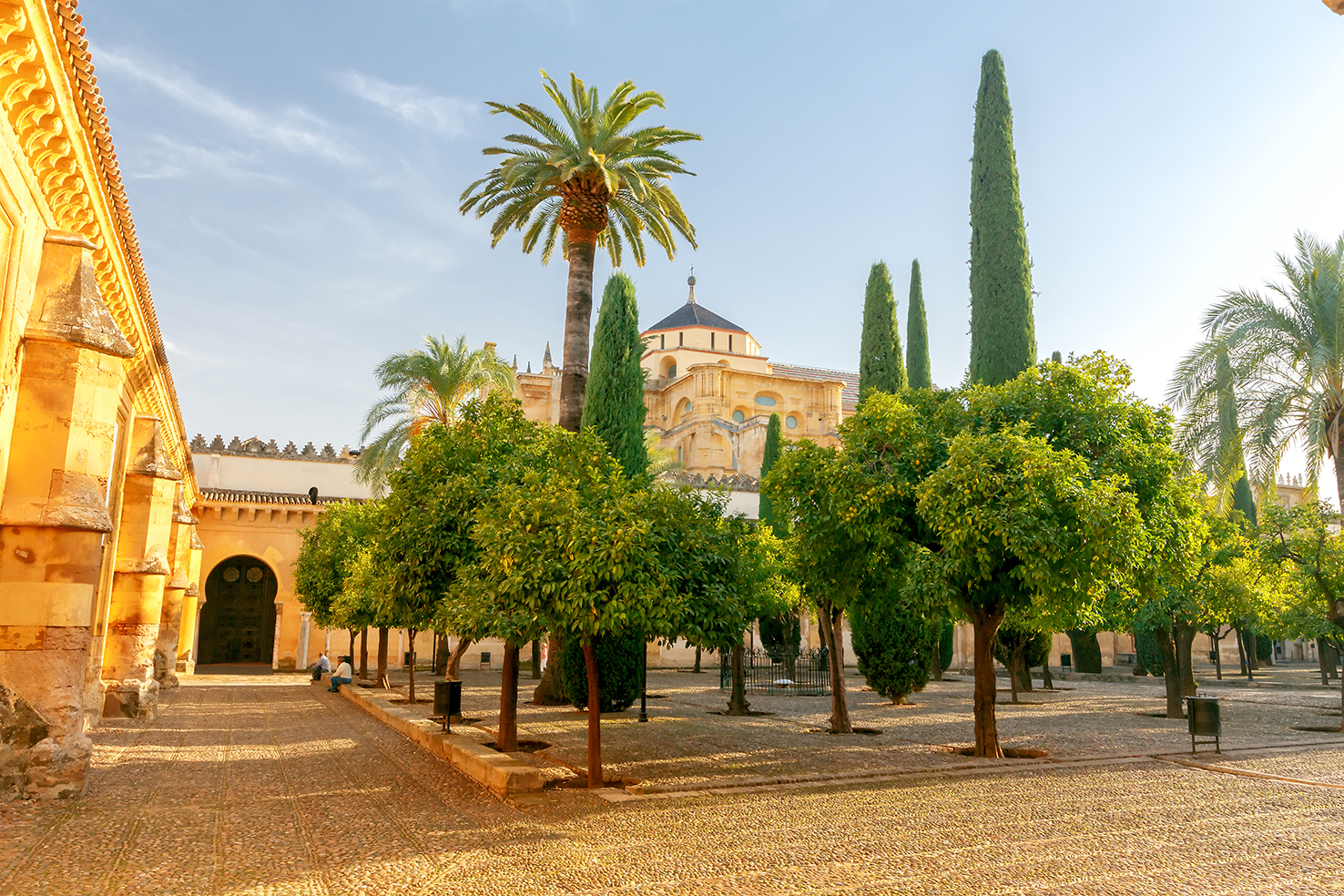 Orange yard in the cathedral, Cordoba

The Patio de los Naranjos – (orange tree courtyard) lies just outside the Mezquita and would originally been the place where Muslim worshipers would have performed their ritual ablutions. Today it’s a place where people gather beneath the shade of the orange trees to take shelter from the hot Córdoba sun. 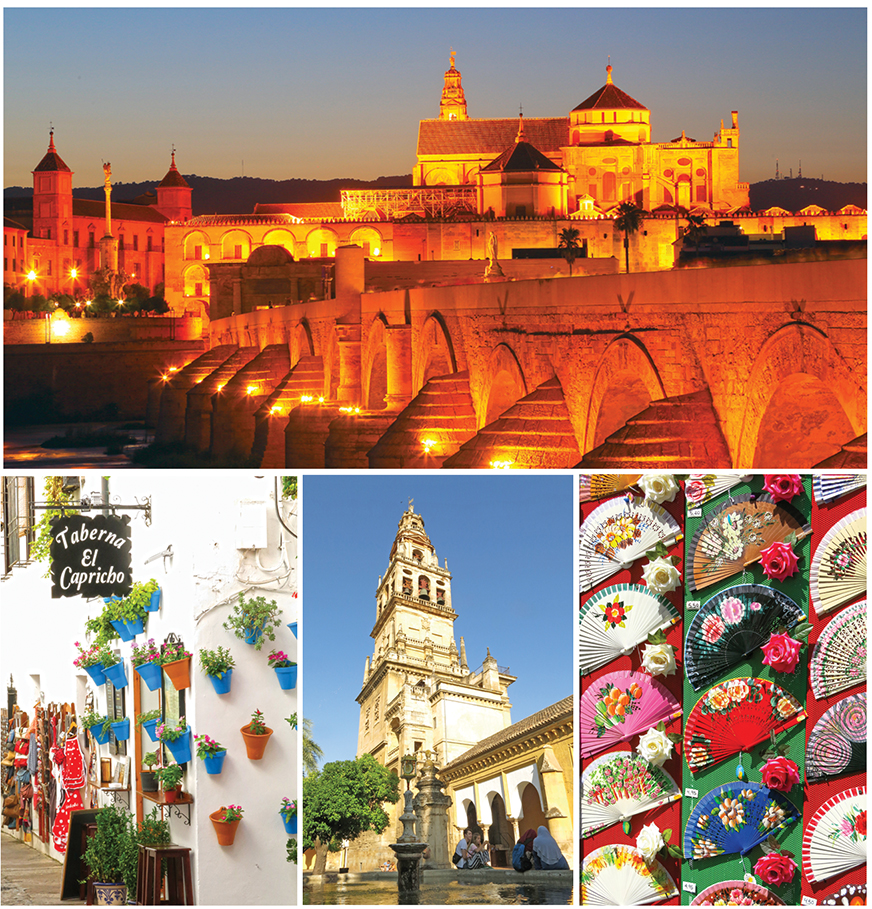 The imposing Torre de Alminar is a 93metre high bell tower built on the site of a minaret; it offers a bird’s eye view of the city.

The old Jewish Quarter is known as La Juderia and is an historical district dating back to Roman times. It features a maze of narrow lanes, high walls and wooden doorways, one of which takes you to the Puerta de Almodovar, the Arabic gateway in the old city wall.

Cross the 2000 year old Roman Bridge to the southern bank to the Tower of La Calahorra which houses a museum. Here you can explore the cultural history of Córdoba in the 10th Century AD when Christians, Muslims and Jews lived side by side.

Game of Thrones followers may recognise the impressive structure as it was used as a substitute for the Long Bridge of Violantis, (season 5).

A good time to visit Córdoba is during the month of May as the weather is cooler and this is the month when there are three festivals. The May Crosses Festival takes place at the beginning of the month, where huge crosses are decorated with flowers and a contest is held to choose the most beautiful one. The Patios Festival is celebrated during the second and third week of the month. Historic houses open their private gardens to the public and compete for the prize of most beautiful house and garden. 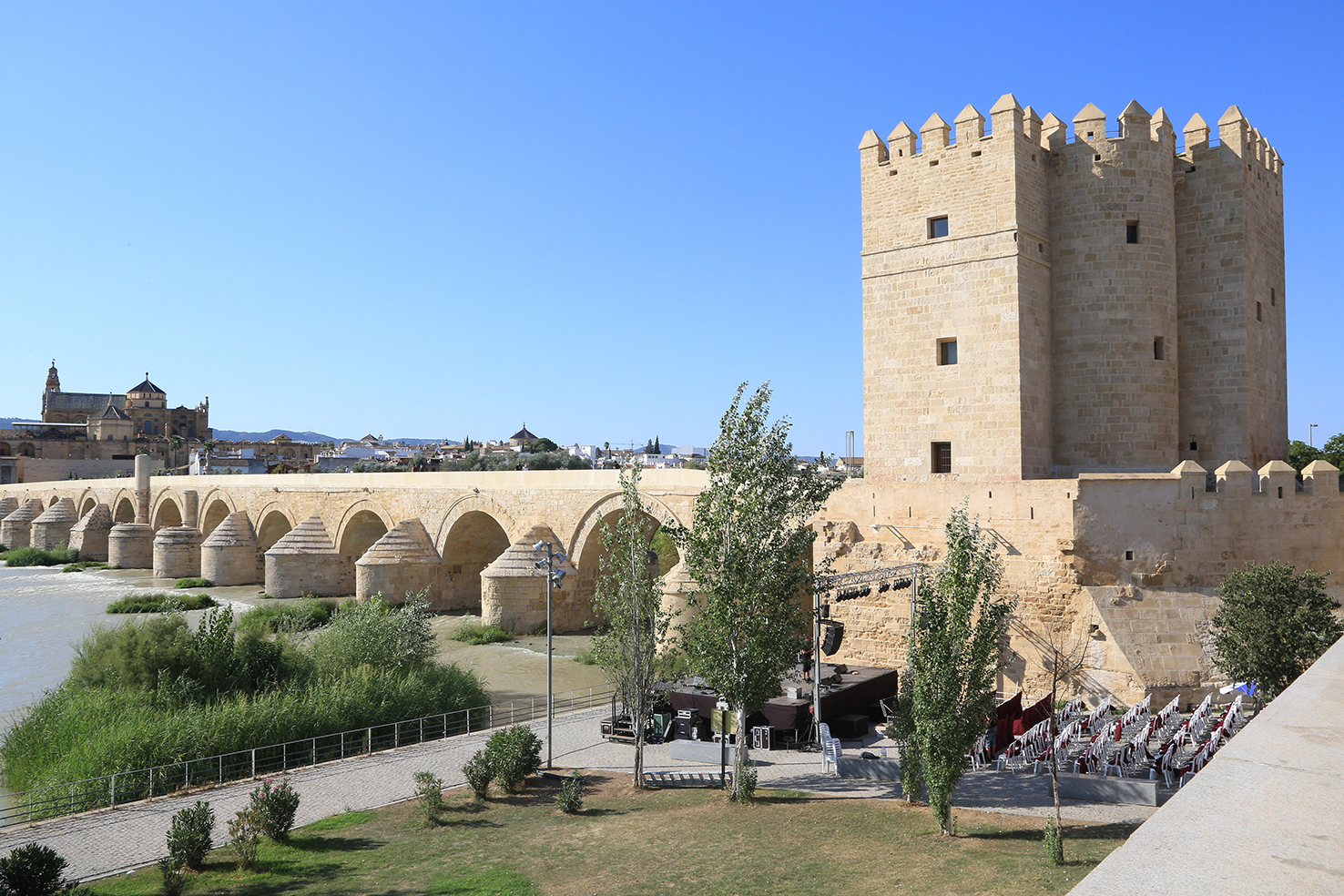 Southern bank with the Tower of La Calahorra

Córdoba’s Fair takes place at the end of May, and is a week-long festival full of music and dance, street markets and fairgrounds. Accommodation is at a premium at this time.

by bus from Granada