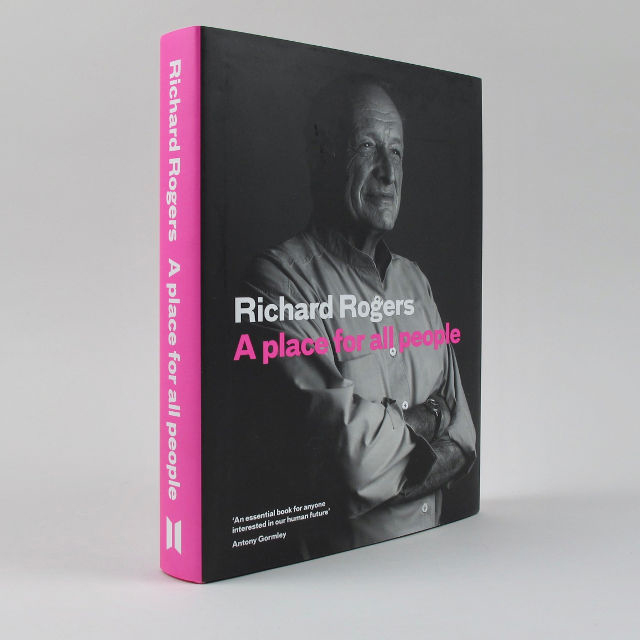 A Place For All People by Richard Rogers (Canongate £30.00)

My grandfather was an architect in India during the Raj, the reason for my special interest in the subject. But there has never been so intense an interest in architecture as today, fuelled by TV programmes such as Grand Designs, and extensive media coverage of Royal Institute of British Architects (RIBA) events like House of the Year, and International Building of the Year. The latest addition to this now popular cultural vein is the new autobiography by distinguished British architect Sir Richard Rogers, a handsome volume in brilliant pink, with the added gift of a large number of sumptuous photographs.

Sir Richard (now also a life Peer) is a highly-respected British architect who has created iconic buildings across the world—including the Pompidou Centre in Paris, and the Millennium Dome in London. His radical designs have won him a galaxy of international awards; his current high-profile involvement with the creation of 3 World Centre, the rebuilding of New York’s Twin Towers destroyed by terrorists, is a tribute to his brilliance as an architect.

As an autobiography, A Place For All People is a monument to great achievement, told in an engaging style, with anecdotes that reflect the philosophy and the physicality of his work.

In the words of Stephen Fry (which nobody can improve on): “Richard Rogers brings ideas and a fascinating personal story to life with as much flair, passion, brilliance and originality as he has brought buildings to life for over half a century” 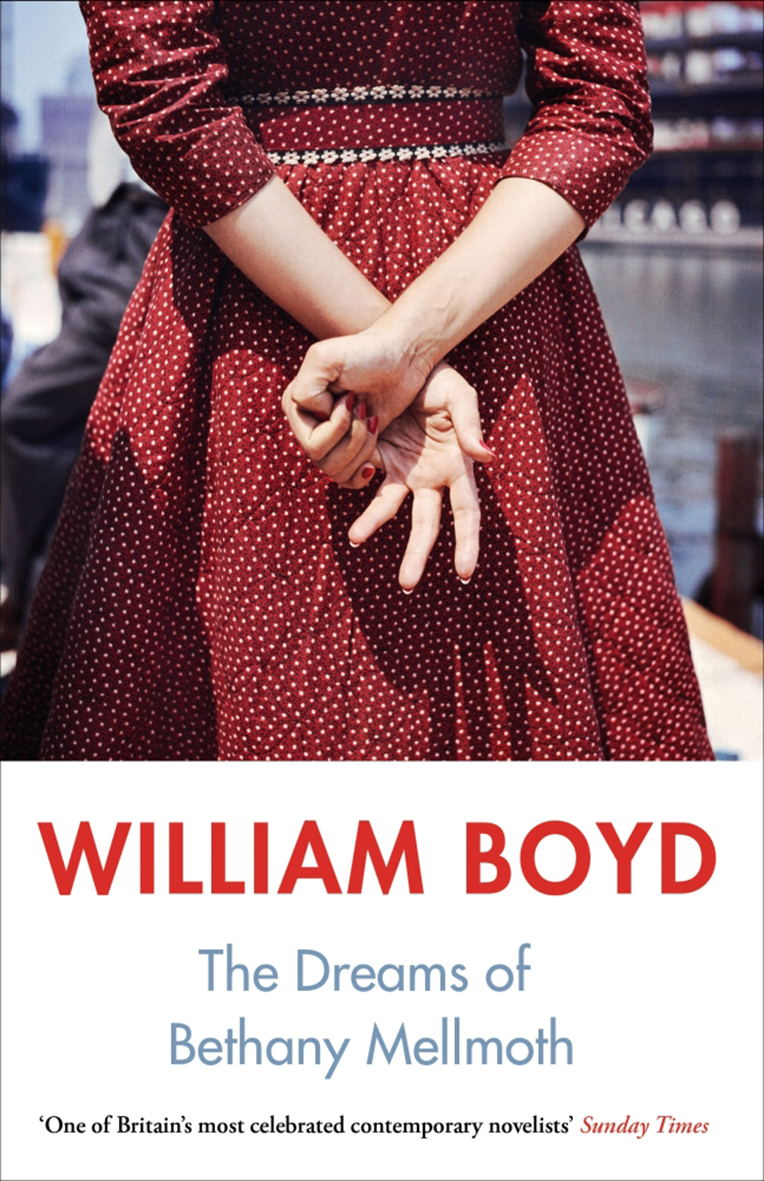 The Dreams of Bethany Mellmoth by William Boyd (Viking £14.99)

It is always a pleasure to receive a new collection of short stories from an established author of repute, especially when the author is William Boyd, a giant among contemporary writers.

After his masterly Bond novel Solo, one did wonder what Boyd would dazzle his readers with next— and the maestd not fail us. The three parts comprising his new work Dreams Of Bethany Mellmoth all carry the typical Boyd hallmark of imaginative settings, inspired characters and inimitable precision of style.

The title story, Part 2, is a remarkably well-observed profile of Bethany Mellmoth, a young woman living and working in London—-her dysfunctional upbringing, her stream of unsavoury boyfriends, her succession of unsuitable jobs and her blithe belief in her eventual success.

Noteworthy in Part 1 is the story entitled The Diarists, which uses entries in the journals of the five protagonists to reveal the differing perspectives they all hold on an event at a party that all attended, as hosts and guests.

The other stories in the collection are equally intriguing. Each of them could be developed into a full-length novel on its own—certainly a reflection on William Boyd’s inimitable skill as a sophisticated storyteller. 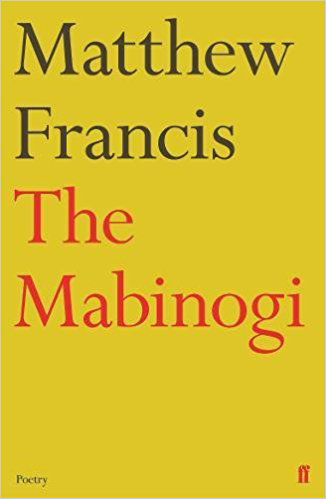 Men Without Women by Haruki Murakami  Translated from the Japanese by Philip Gabriel and Ted Goossen (Harvill Secker £16.99)

Since the publication in the year 8AD of the Roman poet Ovid’s The Metamophoses, a collection of Romanised Greek myths and legends, writers of prose and poetry have been reviving the age-old theme of the magical transformation of one physical form to another. The characters of Ovid’s mythology of the ancient Greek gods and goddesses are known to readers in the Western world literally since the year dot; the concept of metamorphosis or transmogrification is so familiar to us because of the legends, myths and fables we have all grown up with.

For the people of Wales, the collection of ancient bardic texts known as The Mabinogion is the rich source of phenomenal stories of shape-shifting and magical transmutations. Bards and troubadours once held entire courts in the powerful grip of these timeless narratives. The latest interpretation of this wonderful body of Welsh lore, vying with Ovid’s Metamorphoses in its virtuo-sity, is The Mabinogi by Prof Matthew Francis who has put the Welsh epic into elegant syllabic verse, with accessible annotations so that the archaic texts can be enjoyed and understood today as never before. Professor Francis’ version is the first retelling of the Mabinogion that has enriched the rather dry original texts with an exquisite poetic narrative. His treatment has made the ancient text a modern classic, the single most significant contribution to the mass of writing on the subject.

German novelist Franz Kafka occupies centre-space in  this genre with his 1915 novella bearing Ovid’s own title — in the singular— Metamorphosis (Die Verwandlung), which tells the story of salesman Gregor Samsa who turns from a normal young man into a grotesque insect.

In 2017 we have seen some of the most distinguished writers of our day return to this age-old thema, experimenting with the possibilities of metamorphosis as a literary leitmotif to the delight of readers everywhere. 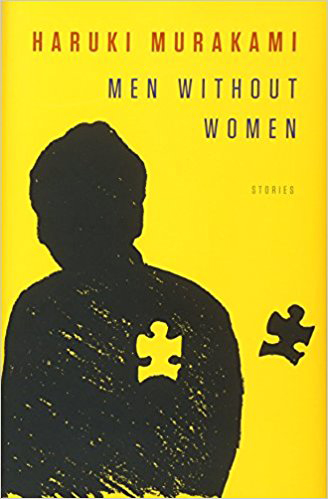 Interestingly, Japanese literary giant Haruki Murakami, in his new collection of short stories Men Without Women has actually imagined a life after Kafka for Gregor Samsa, who, in Murakami’s Samsa In Love, reverts to human form, a sort of metamorphosis in reverse. Murakami’s novels are well known to the literary world; his short stories in Men Without Women are equally stylish and absorbing, each one a vignette of his worldview.

Another highly respected writer of contemporary fiction, UK novelist Sarah Hall, has also used the short story format to explore her own interpretation of the phenomenon of metamorphosis. 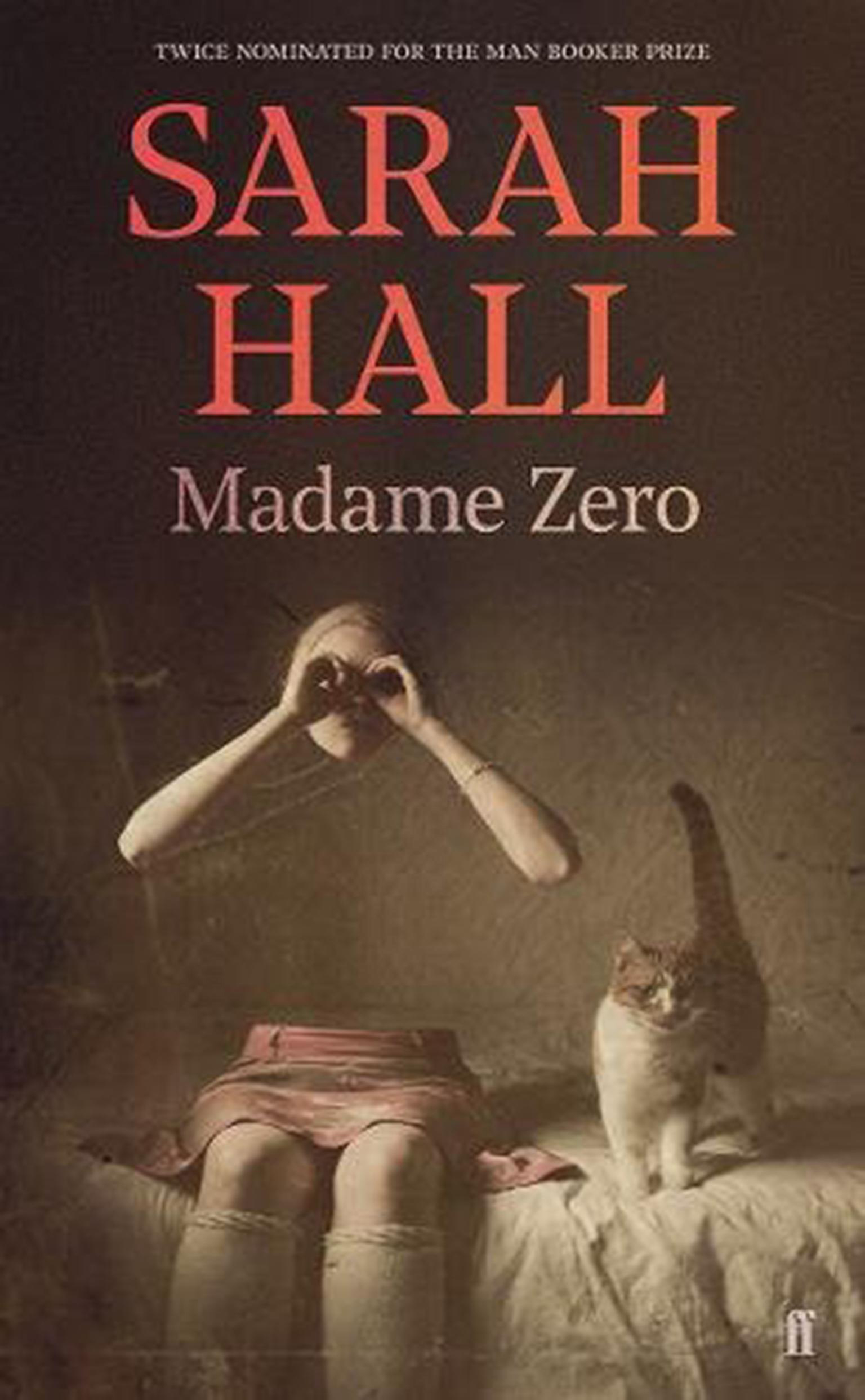 In her first collection of short stories Madame Zero, Hall tells of the bizarre happenings in the life of Sophia, the young housewife who metamorphoses into a beautiful, bright-red vixen in front of her husband’s disbelieving eyes. The story is naturally entitled Mrs Fox; the bewildered husband carries his new fox-wife home and looks after her —but the call of the wild is too strong and he must let her go. In all the stories in this collection, Sarah Hall maintains her distinctive style of treating her protagonists as distant performers on an eerie world stage, ever intriguing, always beautifully written with the spare style that characterises the master of the written word.

Metamorphosis, apart from its appearance as a literary narrative theme, has spilled over into popular fiction. In addition to metamorphic monsters like Frankenstein and Dracula, we are all familiar with other users of the metamorphic theme, a modern favourite commonly found in rather crude form in superhero comic books, in science fiction, in tales of horror and the supernatural, and in, of course, the ubiquitous video game.