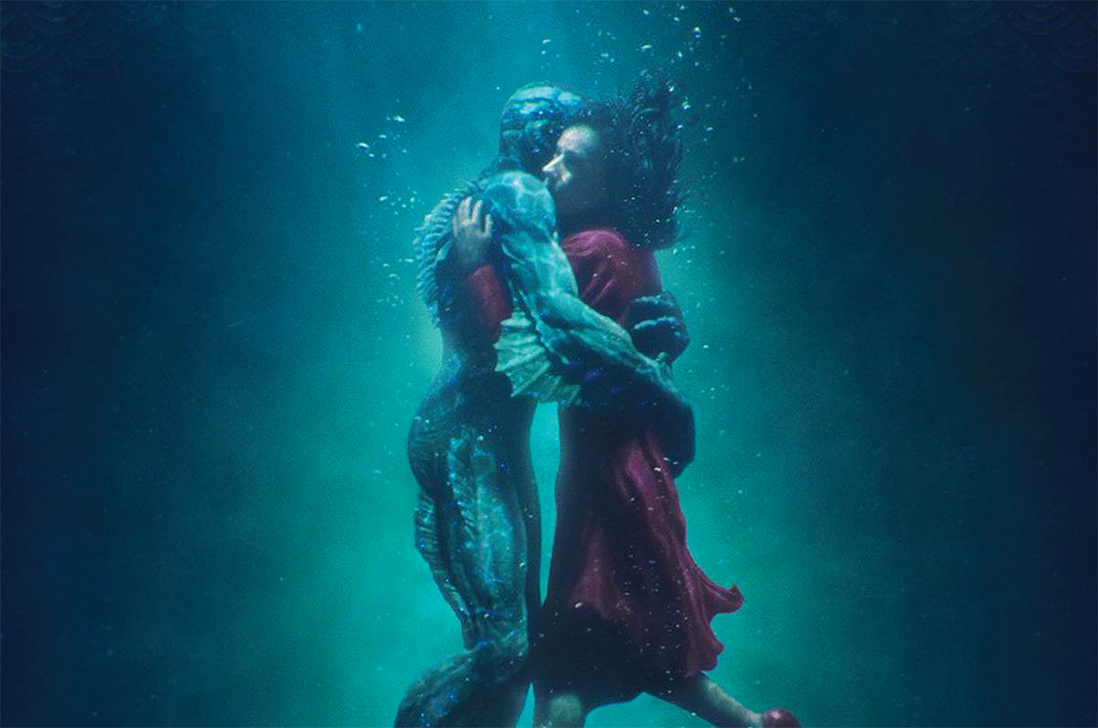 The Shape of Water

Guillermo del Toro loves monsters. He’s always loved monsters, and even if he hadn’t made it abundantly clear in any number of interviews and statements over the years, even a cursory watch of his films would make it fairly obvious. And perhaps nowhere has this love been more eloquently articulated than in his new film, The Shape of Water. Like all his best work, it’s a deeply personal story that’s unconcerned with diluting its particular perspective in service of a mass audience, but it’s nonetheless one of such universal themes that it’s hard to imagine people not coming away from it slightly in love.

Set in the early 1960s, it’s the story of Elisa Esposito, a mute cleaning lady who spends the day with her artist neighbour Giles, and at night works at a secretive government facility with her friend Zelda. When a bizarre creature, an amphibian man who was captured in South America, is brought to the facility to be experimented upon, she finds in him a kindred spirit she’s never had among her own species – and begins to fall in love.

The elevator pitch would probably be “Beauty and the Beast, except Belle can’t talk and the Beast is the Creature from the Black Lagoon”. Is it weird? Well, yes, but a Guillermo del Toro film that wasn’t weird would be even stranger, not to mention a big disappointment. No-one else is making films like this, and few are as unabashed about wearing their influences, not to mention their hearts, for all to see. Born out of an attempt to make an official Creature from the Black Lagoon film, it’s almost inarguably for the best that this is an original, more modestly-budgeted affair because of the creative freedom del Toro was afforded as a result. 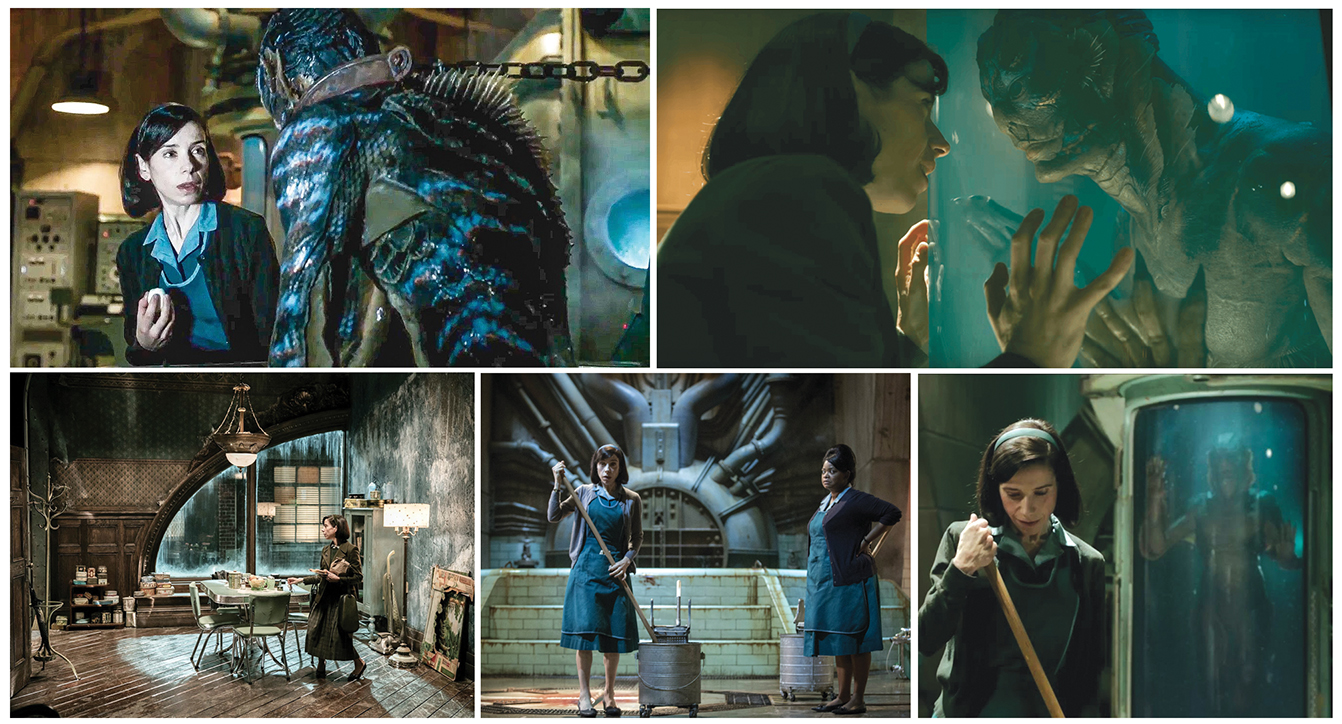 It shares a lot in common with his Hellboy films, not least in the fact that the Amphibian Man also recalls those films’ fish-man Abe Sapien (right down to his fondness for eggs), but also in its deep, unbridled affection for society’s outcasts. Hellboy was about a man who looked like a monster saving the world with a team of people as strange as him, and The Shape of Water takes a similar tack. Here, the big villain is a straight, white (and psychotic) American man, and arrayed against him are a mute woman, her African-American best friend, a gay man and a Russian. We’re in ‘60s America here, where people like this are seen as abnormal and barely tolerated at the best of times, and the point is clear: it’s the “weirdos” who will save the world. With America as it presently is and distrust and hatred of anyone perceived as the Other on the rise, this feels like a manifesto that we need right now.

But this is making it sound terribly worthy and serious, when this is actually an incredibly charming, and often very funny, odd couple love story. Making this sort of thing plausible at all takes a deft touch, and fortunately the actors are more than up to the task. Frequent del Toro collaborator Doug Jones dons the rubber suit to play the Amphibian Man, bringing his unique physicality to a character defined by it, and Sally Hawkins is simply a revelation as Elisa. She’s always been great, but she’s operating on a whole other level here: conveying her whole character through her expressions and body language, she’s alternately shy, lonely, whimsical and furious, completely convincing us that she’s profoundly in love with this strange fish creature that nobody else seems to care about. It’s an absolutely magnificent performance.

It’s being released in the UK on Valentine’s Day, which is about as clear a statement of intent as any. Yes, you’ll need to be braced for more than a little weirdness, but The Shape of Water is nonetheless an early contender for Best of 2018 lists, and it’s lovely to see del Toro tackle a full-blown romance in his own inimitable style after taking steps in that direction with the two Hellboy films and Crimson Peak. It’s his best film by some distance since Pan’s Labyrinth, and if you share his love of monsters at all, you ought to seek it out. If nothing else, it feels safe to assume that it’ll be a better Valentine’s film than the latest Fifty Shades.