Bob Cuthill, Chairman of the Vivian Hall Trustees gives a brief history of the hall and brings us up-to-date on planned events in 2018 to celebrate its 100th birthday 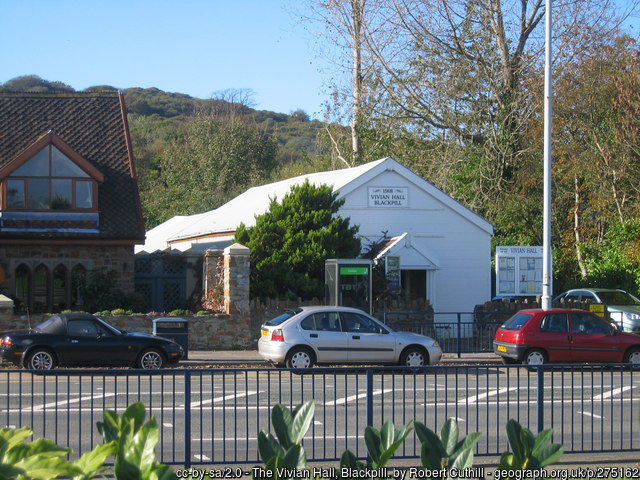 Since 1918, the Vivian Hall on Mumbles Road in Blackpill has been the focus of the social life for Blackpill and the surrounding areas. Celebrating its centenary this year, the hall has weathered many ups and downs over the decades and has survived the great social and physical challenges imposed upon it.

The Hall, which is a registered charity, self-financing and managed by voluntary trustees, is the social centre for Blackpill village, and for people living in the Mayals and lower Derwen Fawr.

Built on land adjacent to the village school and forming part of the Clyne Estate, it was a gift to the people of Blackpill by Miss Dulcie Vivian, Clyne’s hereditary owner. Originally named the Blackpill Village Institute it wasn’t until 1947 that it was renamed the Vivian Hall, with the then owner ofthe Clyne Estate, Admiral Algernon Walker-Heneage-Vivian becoming its President.

There have been a number of occasions when the hall could have closed down. Following the death of the Admiral in1952 the Hall was put up for sale along with the Clyne Estate but was withdrawn at the last minute. It faced bank-ruptcy in 1973 after a long period of disrepair with consequent loss of users, and avoided it mainly because of the largely cost-free work done by Government-aided schemes. Fire damage caused by vandalism in 1979 did cause the hall to close for a while, but once again it survived and since 1982 has become the community success it is today.

Around 15 groups and clubs regularly use the Vivian Hall, ranging from Tae Kwondo to Scrabble, and Local History to Bridge and Line Dancing. Many more organisations have used the hall in past years and it is remembered as a venue for Saturday evening dances, vibrant badminton clubs and youth organisations.

To celebrate its 100 years there will be a number of special events through the year with the centenary centrepiece taking place on Saturday 9th June when it is planned to have an afternoon of art, dance and musical performance in the hall.

Here are some of the planned events:

Until 28th May: ‘Land and Sea Scapes of Blackpill’, an art competition for local artists.

Tuesday 21st August: Summer Talk by John Powell on ‘The Great War” and its Effect on Blackpill & Mumbles.

Thursday 13th December: Finale Concert given by the Gwalia Singers.