33% of motorists carry shopping and food around in their car. Women are the worst offenders for keeping their cars stocked with food and drink supplies 5% of Welsh motorists drive around with alcohol in the boot of their car

A third of UK motorists are using their car as an extension to their kitchen, according to a new survey commissioned by BriteAngle, with 33% using it as a mobile pantry. More drivers carry car loads of tinned food, snacks, soft and alcoholic drinks as well as provisions to make a cup of tea on the move, than equipment to keep them safe at the side of the road such as a warning triangle.

Women are the worst offenders with 37% of female motorists storing food and drink in their cars compared to 29% of male drivers. Wales appears to be the booziest nation, with 5% keeping alcohol in the boot of their cars. The survey also revealed that men are more likely to keep their cars free from clutter, with 17% keeping nothing in their cars.

Road Safety Designs, the company that designs, develops and produces the innovative BriteAngle road safety triangle, commissioned the survey to discover what motorists carry in the boot of their car on a day to day basis, and to see just how many were prepared in the event of an unplanned stop at the side of the road.

NAME OF NEW HIGH-BODIED VEHICLE TO BE ROLLS-ROYCE CULLINAN

Three years ago in the pages of The Financial Times, Rolls-Royce announced to the world that it would create an all-new, high-bodied car that would redefine luxury travel by making it Effortless, Everywhere.

On February 13th 2018 Rolls-Royce confirmed that its new motor car will be called Cullinan. 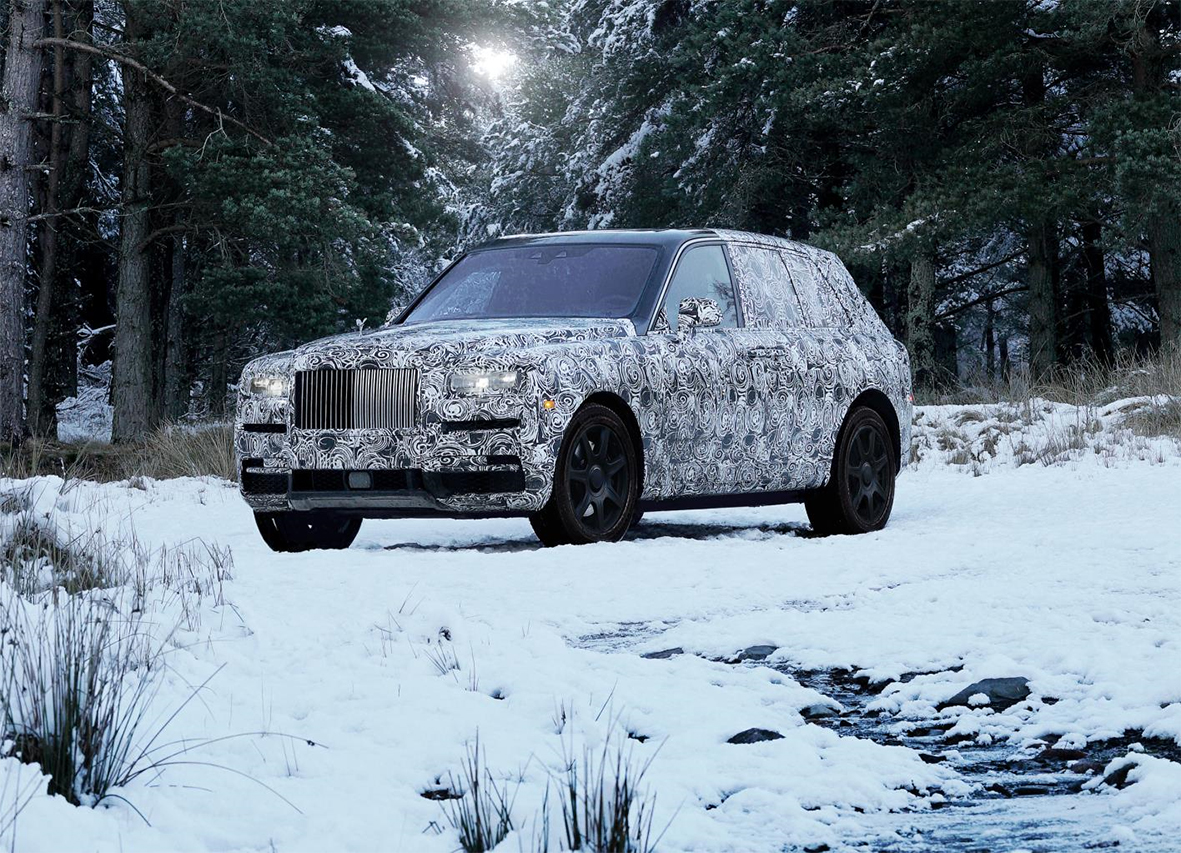 “The name Cullinan has been hiding in plain sight since we revealed it as the project name some years ago,” comments Torsten Müller-Ötvös, Chief Executive Officer of Rolls-Royce. “It is the most fitting name for our extraordinary new product. Cullinan is a motor car of such clarity of purpose, such flawless quality and preciousness, and such presence that it recalibrates the scale and possibility of true luxury. Just like the Cullinan Diamond, the largest flawless diamond ever found, it emerges when it is perfect and exists above all others.”

“The name embodies the many facets of our new motor car’s promise. It speaks of endurance and absolute solidity in the face of the greatest pressures; it tells of rarity and preciousness and it alludes to the pioneering, adventurous spirit of The Hon. Charles Rolls and the engineering innovation of Sir Henry Royce; and, of course, it speaks of absolute luxury, wherever you venture in the world” continued Müller-Ötvös.

Cullinan is the second Rolls-Royce to sit atop the company’s recently announced all-new proprietary aluminium spaceframe ‘Architecture of Luxury’. 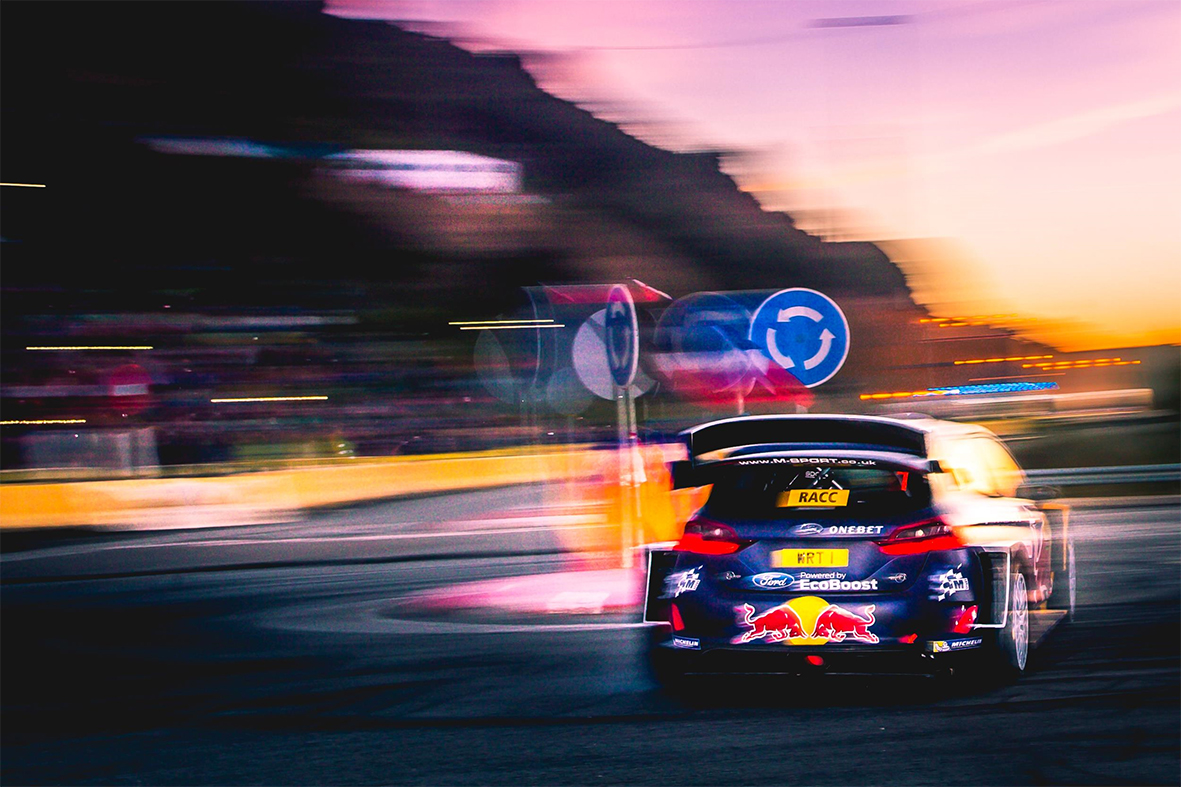 International Motor Sports Ltd (IMS), organiser and promoter of Britain’s round of the FIA World Rally Championship, is delighted that new laws facilitating closed-road motor sport events have come into force in Wales.

“We have been working closely with the Welsh Government on achieving this exciting piece of legislation,” remarked Ben Taylor, Managing Director of Dayinsure Wales Rally GB. “We are already looking at what this might mean for this year’s event. “Whether it’s the introduction of an entire special stage set on closed roads or just closing a small section of highway to link two existing forest tests, we will be considering all the options. It’s really exciting!”

The landmark development for Welsh motor sport comes after the MSA spent several years camp-aigning for a change in the law to allow local authorities to suspend the Road Traffic Act for authorised motor sport events, without requiring individual Acts of Parliament. New enabling legislation commenced in England on 10 April 2017.

Following a further consultation, the Welsh Government has now published its own Statutory Instru-ment that will facilitate closed-road motor sport in Wales from 2 February 2018. As in England, it names the MSA and its sister governing body for two-wheel UK motor sport, the Auto-Cycle Union (ACU), as the authorising bodies for closed-road motor sport events such as racing, rallying and hillclimbs. 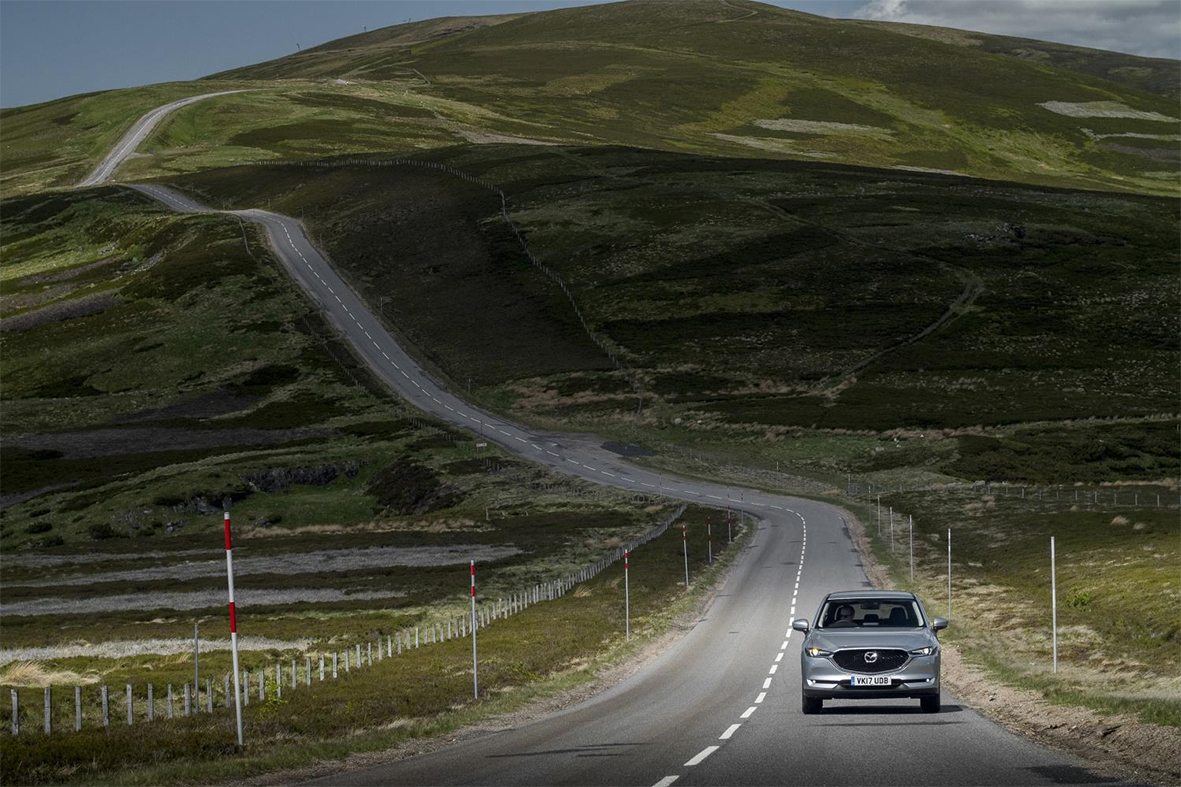 With the increase in electric car development new research by Mazda has revealed that 55 per cent of UK drivers, and almost 60 per cent of European drivers, see a positive future for petrol and diesel engines.

The Mazda Driver Project research – commissioned together with Ipsos MORI – polled 11,008 people across key European markets and an average of 58 per cent believe there is “a lot of innovation and improvement still to come with petrol and diesel engines”.

The headline results demonstrate that consumers don’t necessarily share the view of many organisa-tions that the internal combustion engine has no role to play in the future of cars.

Despite the gathering momentum behind auto-nomous vehicles, only 29 per cent of UK drivers “welcome the advent of self-driving cars”; against this backdrop, Mazda continues to progress its pioneering advanced safety features and Mazda Co-Pilot Concept, which uses autonomous driving technologies to give drivers peace of mind at the wheel. Perhaps surprisingly, there is virtually no evidence of greater support for self-driving cars in younger age groups across Europe.

The findings arrive as Mazda ramps up its ‘Sustainable Zoom-Zoom 2030’ vision to combine the best of internal combustion engines with effective electrification technologies. 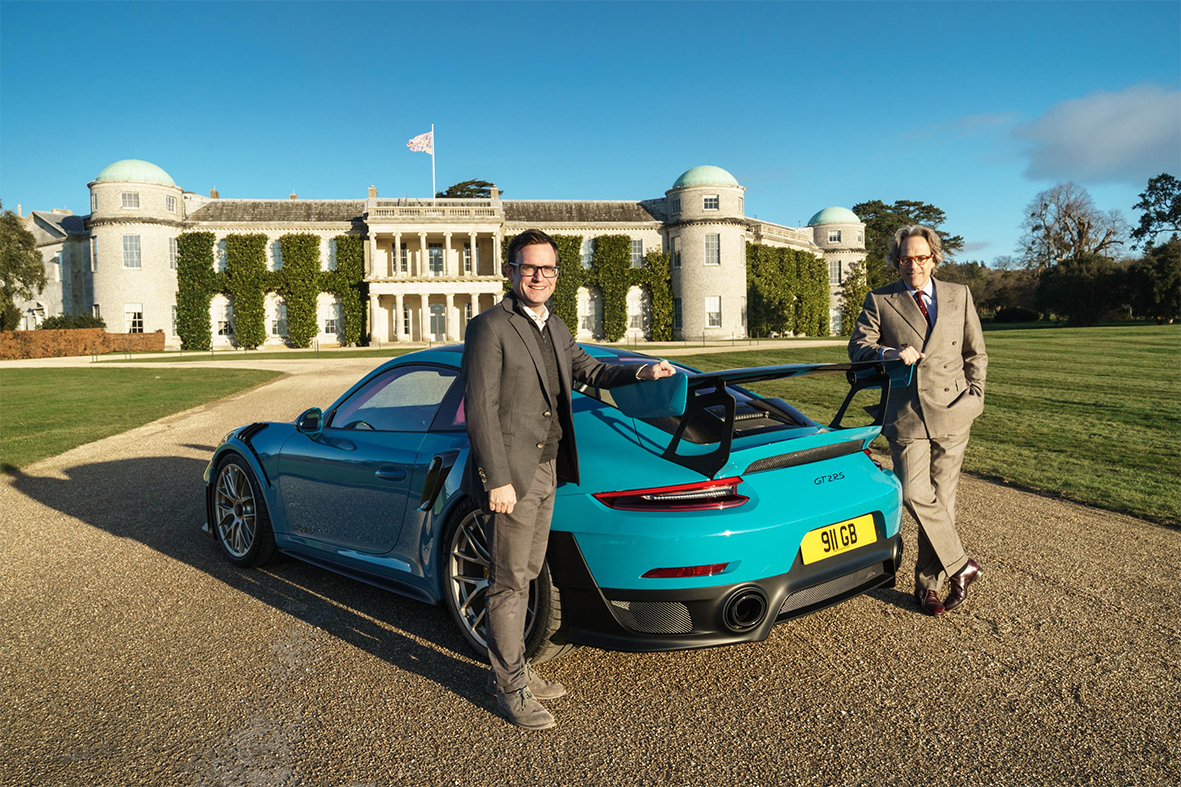 Goodwood and Porsche are delighted to announce that Porsche will be the honoured marque at this year’s Festival of Speed, presented by Mastercard (12 – 15 July).

Porsche cars will adorn the world-renowned Central Feature for the third time in the manufacturer’s long relationship with Goodwood. Porsche will be the first marque to take this honour in celebration of the 70th anniversary of the iconic 356 – its very first sports car.

Previously the German marque has celebrat-ed its 50th anniversary in 1998 and the 50th anniversary of the legendary 911 in 2013 at Goodwood. This year’s Festival will showcase the full range of Porsche’s achievements in a dedicated batch on the Goodwood Hillclimb, with other examples of the marque’s rich heritage also displayed around the sell-out event site.

“Porsche has been one of our most loyal and enthusiastic partners, supporting the Festival of Speed since 1995, and the Revival since 2010,” said The Duke of Richmond and Gordon. “This year Porsche will become the first manufacturer to create the central display at the Festival for the third time, underlining the huge contribution from this iconic manufacturer of world-beating racing cars and road cars.”

Tickets for the Festival of Speed are on sale at Goodwood.com and at the Goodwood Ticket Office on 01243 755 055. 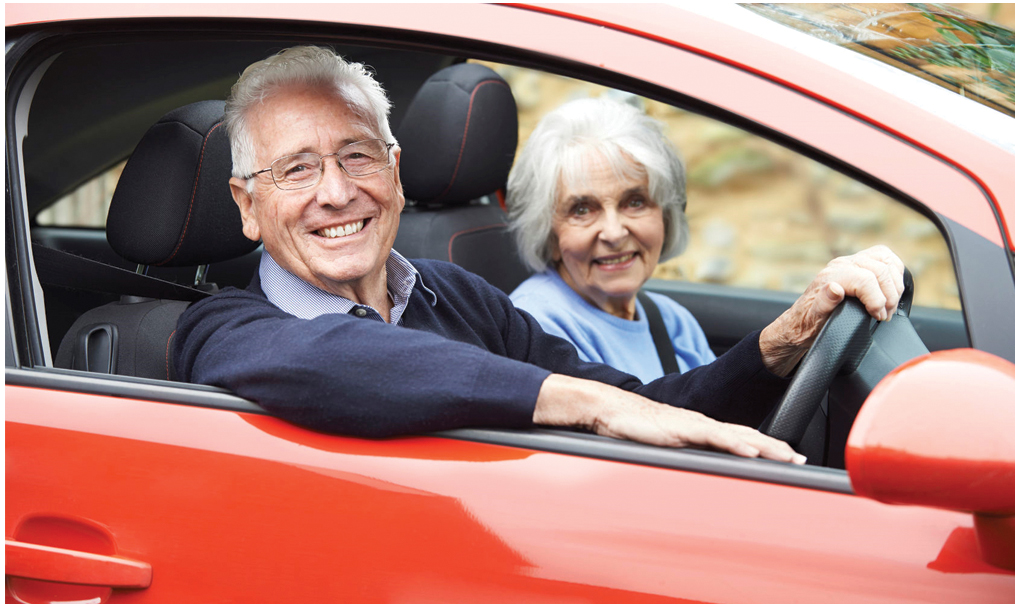 ROAD SAFETY and breakdown cover specialist GEM Motoring Assist is encouraging family members to be wise to the early signs of unsafe driving in their senior relatives.

The call follows the tragic case of Gertrude Lister, the 95-year-old driver who put her foot on the accelerator instead of the brake. She crashed into a hedge and killed a cemetery worker.

There are more than 100,000 drivers aged over 90 in the UK, and more than 500 centenarians still hold licences.

GEM road safety officer Neil Worth comments: “We want as many people as possible to enjoy the freedom of the open road for as long as possible, but only while they are safe.”

GEM suggests the following signs that suggest a high risk of danger with a requirement for immediate action are:

Family members and friends are also advised to look out for the following common signs that could indicate an increase in the risks posed by a senior driver. Most are minor on their own, but can combine to present a significantly increased risk:

“If you decide that there is good reason to be concerned about a senior relative, then try to have an informal, friendly chat. If your relative is unwilling to have that conversation, you could attempt to inform their GP, or if all else fails, you could report them to the DVLA. You can do this anonymously if you wish,” says Neil Worth.

“Safety has to be everyone’s priority, even if you risk upsetting someone close to you. The potential consequences of not acting are ultimately much, much worse.” 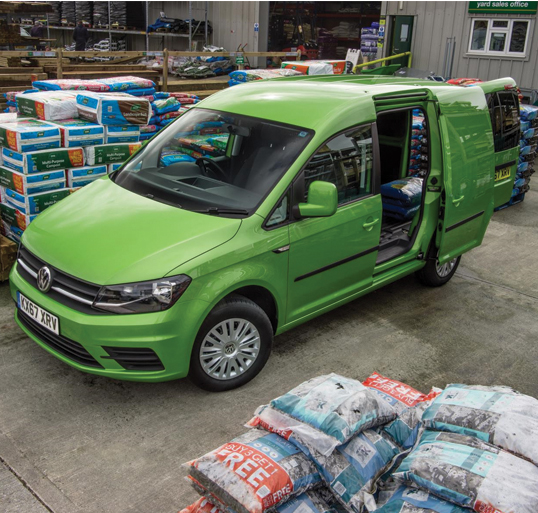 There’s good news for businesses looking to freshen up their company transport in 2018: Volkswagen Commercial Vehicles has extended the scrappage scheme launched in September 2017 to encourage the exchange of latest generation, lower-emission new vehicles, in tandem with the removal of older, Euro 1-4 emissions standards vehicles from the UK.

Owners of diesel vehicles that comply with pre-Euro 5 emissions legislation qualify for the Volkswagen Commercial Vehicles scrappage scheme. They can trade-in their vehicles and benefit from incentives – ranging from £1,000 to £2,000 – against the majority of new Volkswagen Commercial Vehicles vans that are ordered by 31 March 2018 and registered before 30 June 2018. The trade-in vehicle needs to have been owned by the customer for at least six months.

All new Volkswagen Commercial Vehicles petrol and diesel models meet the latest Euro 6 emissions standards, currently the most stringent yet.