That wonderful Welsh publishing house, SEREN BOOKS, takes us on a walk on the scenic side with two books to gladden the heart of any lover of the natural world. From the novelty of Celtic names for the stars in our skies to the adventurous wild Welsh island life—-these two books will take you far away from the boredom of an urban winter. 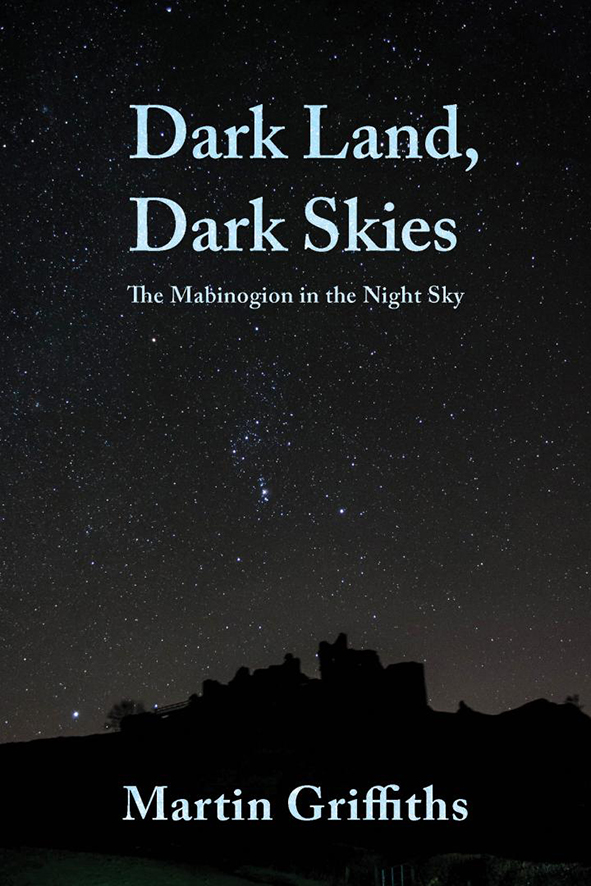 Martin Griffiths is well known nationally and internationally as a distinguished astronomer involved with the Dark Sky initiative especially as Director of the Brecon Beacons Observatory. His credentials, and his publications are prodigious; this new book especially endears him to Welsh hearts.

Dark Lands, Dark Skies is subtitled The Mabinogion in the Night Sky. For both the amateur and the professional astronomer it is an intriguing guidebook to the changing night skies over Wales in each season. But of interest to all is his impressive research into the naming of familiar constellations after heroes of Welsh myth from the Mabinogion.

We have always known the stars in our skies  by the names traditionally given to them from Greek mythology: Martin Griffiths reveals the equally traditional names they have long held from the annals of Welsh lore, names like Blodeuwedd and Rhiannon for the Andromeda constellation, Ceffyl-Dwr and the Mount of Rhiannon for the Pegasus constellation, Sarn Gwydion for the Milky Way galaxy — and also from the fourth branch of the Mabinogion, Llew Llaw Gyffes represents Perseus, and Arianrhod is the Welsh name for the constellation Coronae Borealis.

I must confess to being completely star-struck by this seminal work; join me in looking to the heavens with new knowledge and a proprietorial interest. Griffiths has shown us that these are our very own skies with our very own names.

An isolated island, a sanctuary for thousands of birds, surrounded by a wild sea — not the ideal honeymoon for a twenty-year-old bride, one would imagine. But Rosanne Alexander revelled in her new surroundings and remained on Skomer Island for ten further years with her husband Mike as warden.

I love these island sagas—we have encountered a few in this column, the most noteworthy easily R.M. Lockley’s story of his sojourn on Skokholm, his eponymous Dream Island. Skomer is a larger neighbour, also located off the Pembrokeshire coast. We have, as well, discussed the superb Booker Inter-national short-listed The Unseen by Roy Jacobsen, an extraordinary story of a Norwegian family’s life on the tiny Barroy Island off the coast of Norway.

These island sagas all carry the same message of an isolated life in the middle of the ocean, family life with no electricity, few neighbours, rare visitors, no shops — none of the trappings of modern living —and completely inaccessible for half the year due to inclement weather and unruly seas. Rosanne Alexander vividly portrays the cacophony of the birdlife, the colourful profusion of wild flowers, the enchanting seasonal arrival of the seals and the many hostile encounters with the waves. But, as with the other island authors, what shines through is her love for her way of life, the delight she takes in the flora and fauna of her habitat and the pleasure it gives her to be providing and guarding a sanctuary for the wild birds and animals in her care.

Part of Rosanne and Mike’s task was to accommodate and assist scientists, researchers and PhD student visitors to Skomer — their main link to the world outside, made uncertain and more difficult by the infrequency of the supply boat and the inadequacy of their own craft. When the disaster of an oil slick threatens or when illness strikes, RAF Brawdy comes to the rescue when possible, as does the motorboat The Dale Princess, and its intrepid Captain, Campbell Reynolds.