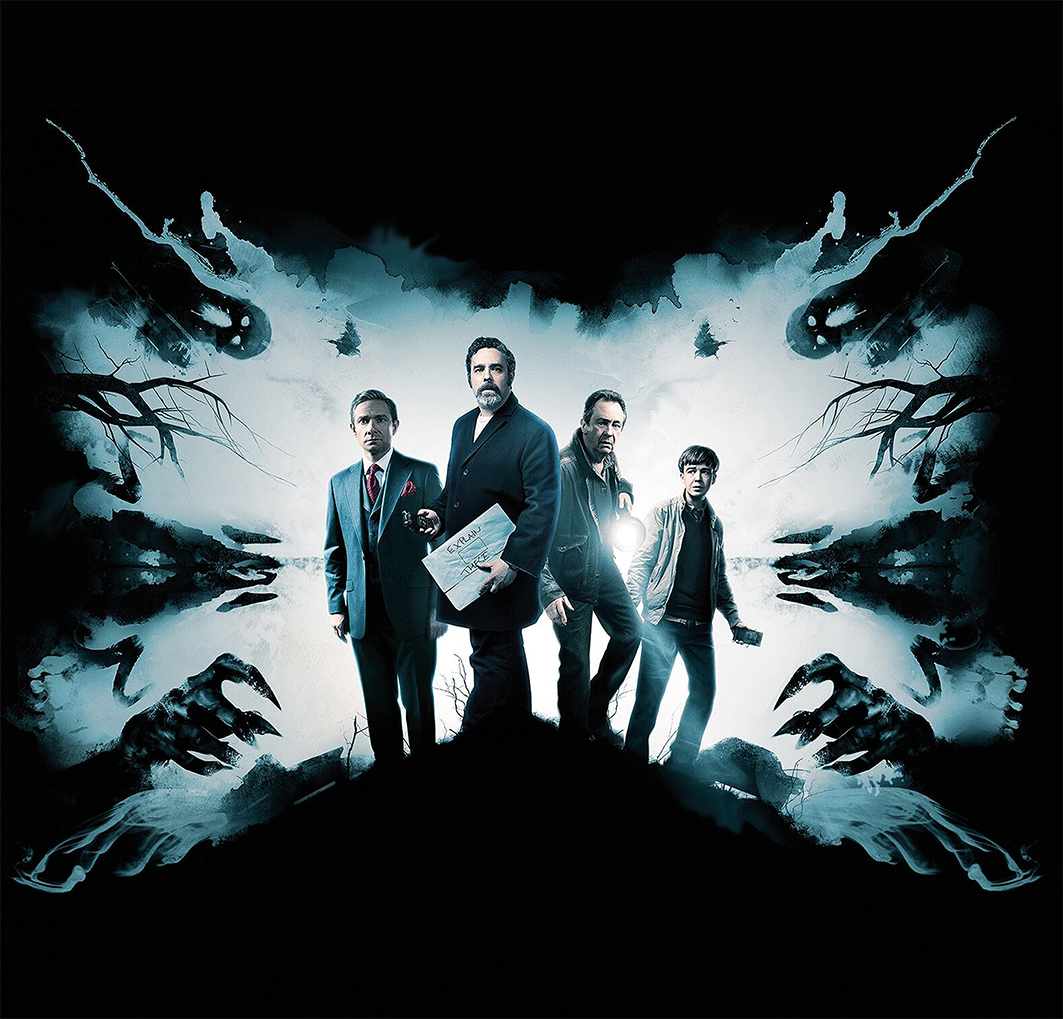 EMLYN’S FILM PICK FOR APRIL IS NOT FOR THOSE OF A NERVOUS DISPOSITION. THOSE OF YOU WHO ARE BRAVE ENOUGH TO GO TO SEE IT –REMEMBER TO KEEP THE SECRET TO YOURSELF

Film studios are big fans of horror movies, because they can churn them out for (compared to the big blockbusters) relative pennies and they almost always provide big returns at the box office. This can lead to laziness, knowing that people will turn out to see practically anything regardless of how good it is, or it can result in greatness: small budgets mean less oversight, with the filmmakers left to do what they like and realise their vision without interference. Ghost Stories, happily, is the latter. 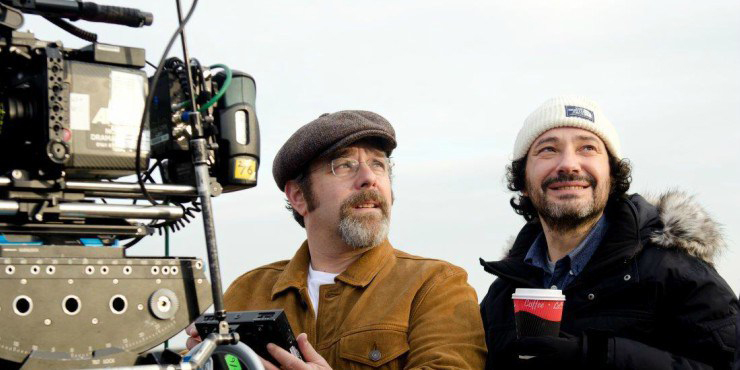 Adapted by Andy Nyman and Jeremy Dyson (pictured left) from their own hugely successful West End play, it follows Professor Philip Goodman, a professional sceptic and debunker of the paranor-mal, as he investigates a trio of hauntings that nobody else has been able to explain. He meets a night watchman about a ghostly apparition at the factory where he works, a paranoid young boy who had a sinister encounter in the woods, and a wealthy businessman who experienced a particularly terrifying haunting in his own house.

At the end of every performance of the play, audiences were asked to “keep the secrets of Ghost Stories” so other people could see it with no idea of what to expect and no knowledge of where the tale might go. It seems only fair to extend the same courtesy to the film, as knowing what awaits you would undeniably de-fang the spooks and scares the co-directors have so skilfully crafted. And while it’s absolutely a film that will reward repeat viewings (for reasons that will become apparent as you watch), you’re much better off experiencing it fresh the first time around. Do not under any circumstances let anyone spoil the ending for you!

Much of its success comes down to the expert control of tone, with Nyman and Dyson knowing exactly how to build tension and dread with well-placed patches of darkness, creepy musical cues, and inducing a skin-crawling certainty in the audience that there’s something wrong happening just out of focus, off in the edge of the frame. And they also know just when to release that pressure, either with a jump scare or a gag – this is a film that knows horror movies should be fun as well as scary, and there are a handful of brilliant jokes, often deriving from the characters acting like real people instead of how characters in these films tend to act.

And it is very much a fun horror flick: there’s little here – apart from one truly disturbing image right at the climax – that’s going to crawl its way into your mind and sit there for days giving you sleepless nights. That’s not a criticism, and the title tells you why; it’s much more of a piece with spooky stories told around a campfire, building up to one big “BOO!” moment, or a haunted house at a theme park. In that regard, it’s a bit remini-scent of last year’s truly excellent It, and there are definitely worse films to be compared to.

The cast are all game for it as well, with a clutch of British character actors turning in some really great work. Paul Whitehouse brings depth and pathos to the initially somewhat unlikable night watchman character, Alex Lawther breaks out of his “young version of famous person” box (after The Imitation Game and Goodbye Christopher Robin) as the twitchy, nervy teenager, and Martin Freeman is superb as the businessman. He plays creepy and weird extraordinarily well, and based on his performance here, should consider seeking out more of these kinds of roles in future. He’s brilliantly unsettling.

If you like horror movies and want to see one with a touch more class than the usual American cheapies we tend to get bombarded with, you could do an awful lot worse than Ghost Stories. It’s scary, funny and deviously clever, and should play like gangbusters to a packed cinema. Here’s hoping it gets the success it deserves and doesn’t end up flying under the radar, because we could really use more horror flicks with this much craft on both sides of the camera. And remember, if you do see it, keep the secrets!