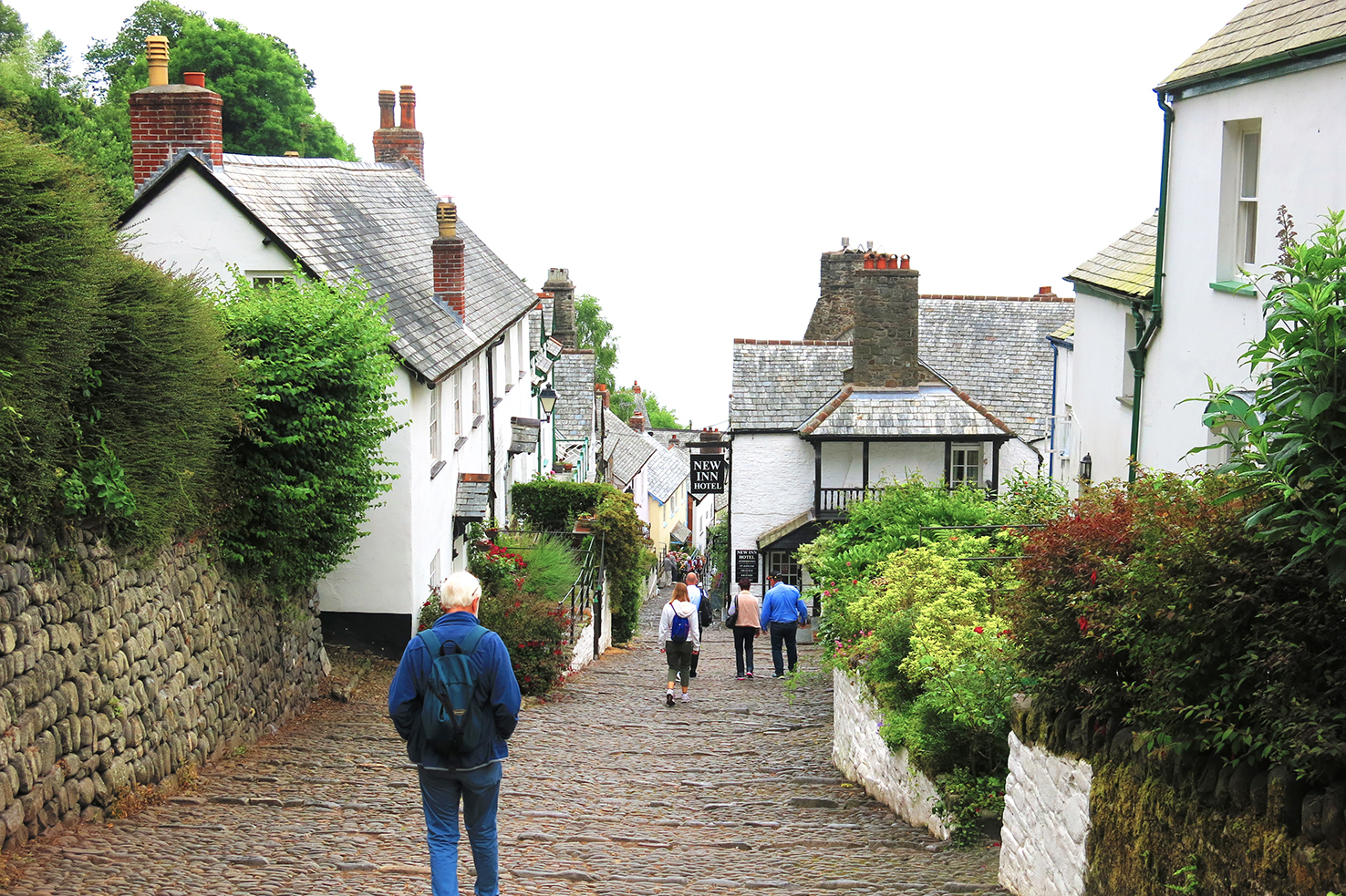 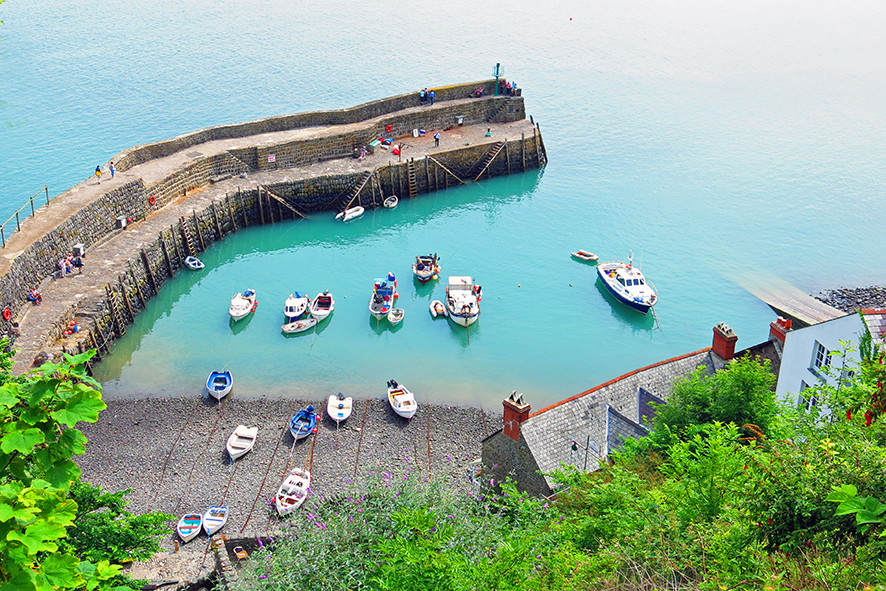 Liz took a trip across the Bristol Channel to the North Devon village of Clovelly, and discovered a place that seems to be caught in a time-warp.

A visit to Clovelly is like stepping back in time; white washed cottages edge a cobbled street which leads down to a small quay. There are no cars and supplies, from furniture to groceries are delivered on wooden sledges.

Once in royal possession and since the middle of the 13th century associated with just three families, it is a privately owned village.

Clovelly’s bay is a sheltered haven where, as long ago as the 13th century a simple quay was built to assist the fishermen who work Bideford Bay. 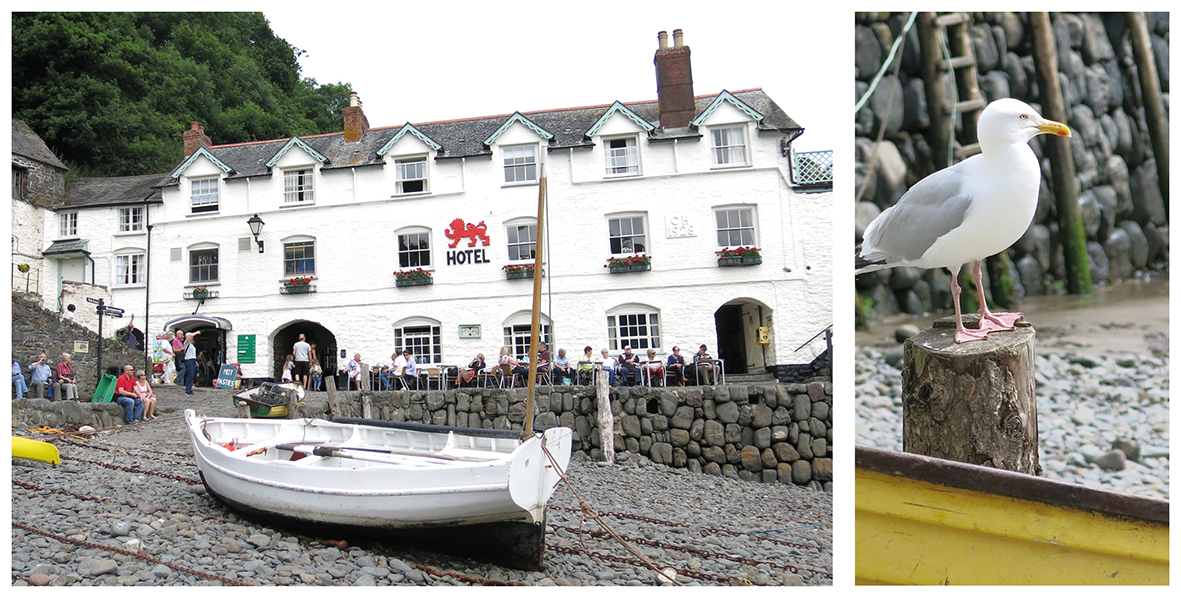 Red Lion Hotel on the harbour side

In the 17th century George Cary, whose family then owned the village realised the potential of constructing a more permanent stone quay. A vibrant fleet of sixty boats were once protected by this natural harbour, now, only a handful of small boats remain, herring known locally as ‘silver darlings’ are still caught today on a sustainable basis.

This once thriving fishing port owes it success to donkeys. It was these sturdy little animals that transport-ed the heavy baskets of freshly caught herring from the waterside up the winding cobbled streets. In their specially adapted packs they brought in everything from building supplies to the mail, and took out the rubbish – as well as delivering tourist’s luggage to the two hotels. No longer do they transport goods, only children – which they take for rides during the summer months. 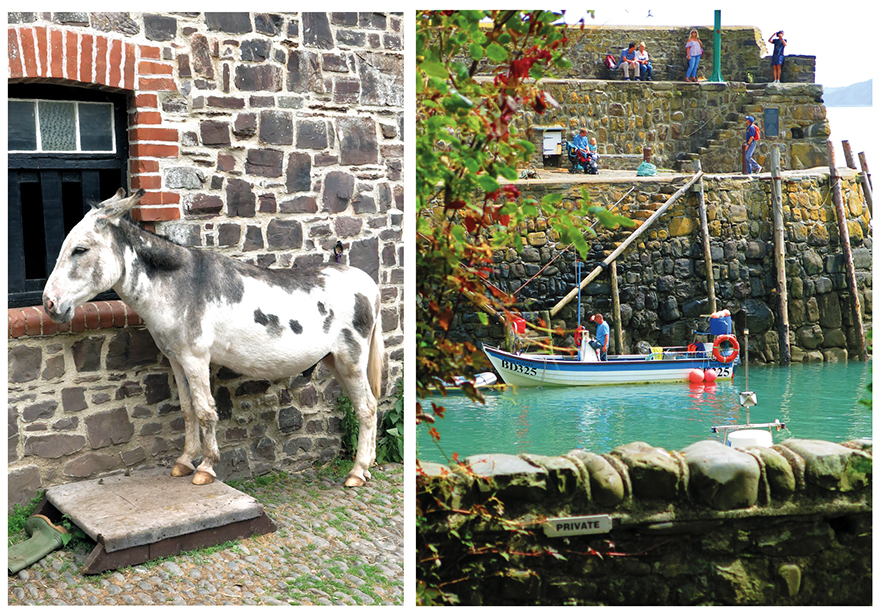 The village has two museums, the Fisherman’s Cottage where you can get a feel for the daily life of a fishermen’s family in the 1930s, and the other, a house which belonged to Charles Kingsley (1819-1875), the Victorian writer, author of the The Water Babies and Westward Ho!, who came to Clovelly at age 11 when his father became Curate and then Rector at All Saints Church.

Along the harbour walls visitors sit and watch fishermen mending their nets while seagulls wait patiently for a stray morsel of pasty. Sit at a picnic table outside the Red Lion Hotel and you can indulge in one of Devon’s traditions – a cream tea where they definitely put the cream on first followed by the jam.

Entry charge to the village also includes admission to Clovelly Court garden located at the top of the village. The warm air of the Gulf Stream allows exotic plants to flourish. 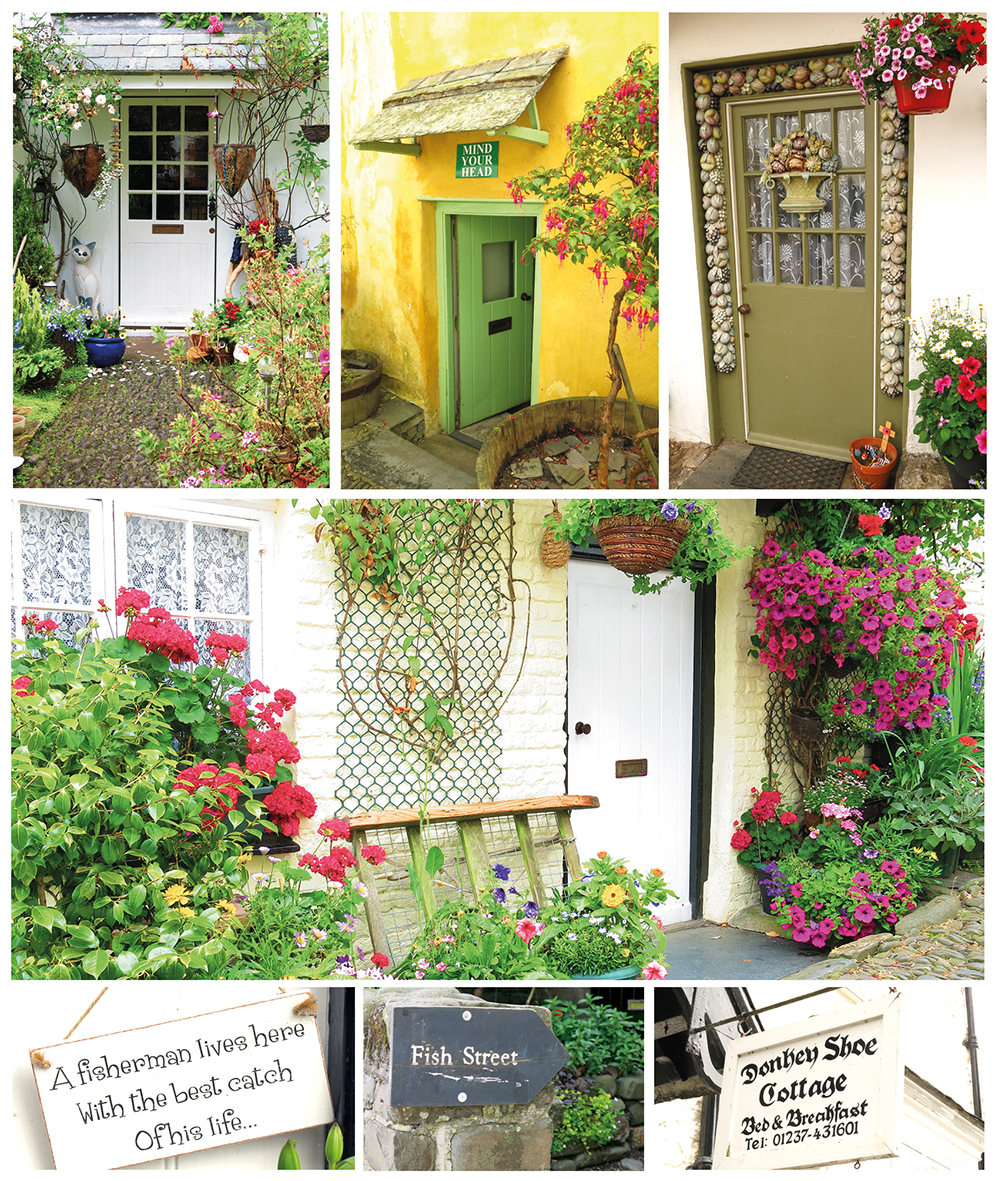 Throughout the year Clovelly hosts many events including Seaweed, Maritime and Herring Festivals, a Gig Regatta and a Lobster and Crab Feast.