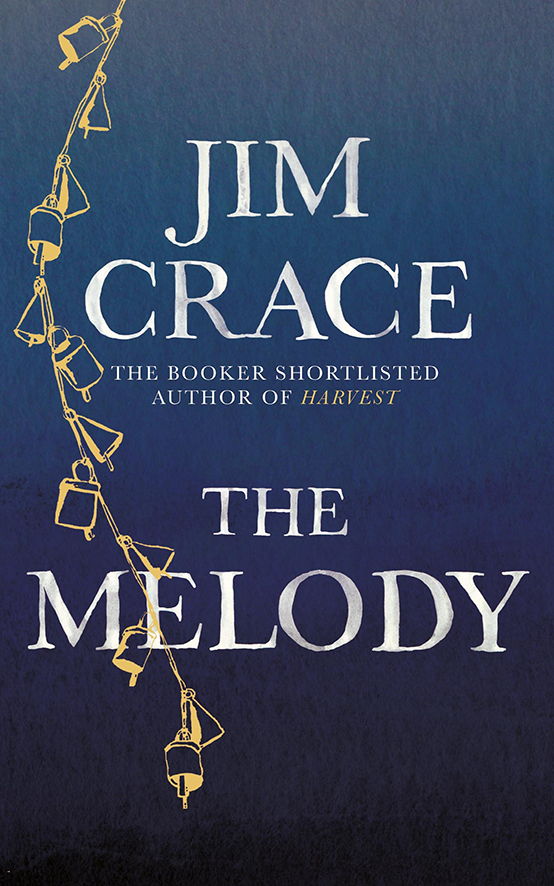 Highly regarded British author Jim Crace, was a strong contender in 2013 for the Booker prize. His short-listed novel Harvest was a work of extraordinary power and beauty, a troubling and evocative tale of the dispossessed in forgotten times, forgotten climes.

In his new novel, Jim Crace’s protagonist, the famed and beloved singer and musician Alfred Busi is the personification of the title The Melody. He is elderly, widowed and lonely, living in a fine villa on the outskirts of the town, bordered by the untamed ‘bosk’, a maze of sea-thorn, carob and pine scrub, steep and treacherous. At night the bins in his yard are plundered noisily by wild creatures from the Bestiary and beggars from the Mendicant Gardens.

As Crace’s narrative develop he draws a well-defined barrier between the well-fed burghers in the town and the hungry multitude, wild, ignored and despised, on the edge of rebellion.

It is unexpected to see a modern novelist speak out against the terrible inequality today between the haves and the have-nots; our shame and discomfort at people living rough in doorways, our elderly dying of cold—-Crace warns us not to ignore our instincts. Insist that the haves must ameliorate the situation; if you look away from the foodbanks, you are as culpable as the greedy bourgeoisie and the worthless politicians who created and engendered these inequalities in the first place.

I am quite astonished at Jim Crace’s ability to create this fiery allegory, this warning against complacency amid increasing economic and social disparities. The Melody reads like a manifesto of a new sort of political order: one that turns its back on the prosperous and focuses on the needy, the deprived. 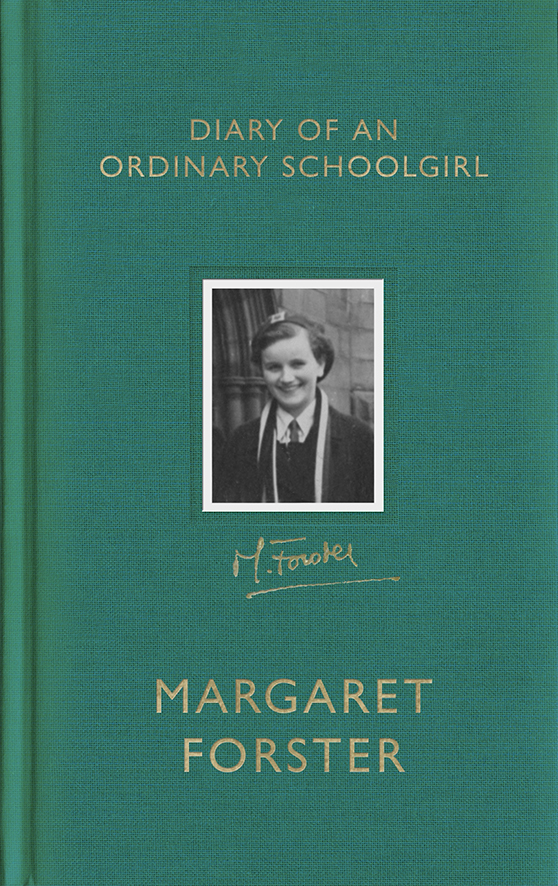 Diary Of An Ordinary Schoolgirl by Margaret Forster (Chatto & Windus £10.99)

The late Margaret Forster has left us a legacy of immaculate novels, each a carefully crafted portrait of contemporary womankind. But her meticulously kept 1954 diary, introduced by her husband Hunter Davies is truly a mirror of her times, honest and articulate. Forster kept a personal daily diary for most of her life, fortunately more in the vein of the immortal Samuel Pepys than of the fictional Adrian Mole.

Davies tells us that she was born into a working-class family with few social and scholastic advantages, begging the question that her daily life must have been a soulless slog. The truth is quite on the contrary.

Forster read avidly, using the public and the school library to provide the 136 books she read in 1954. She played the piano, swam, played hockey, cycled and was an enthusiastic gymnast.

She loved girly activities, popping into the shops for youthful fineries, enjoying the fast food of the time—yet she managed to visit the cinema and the local rep theatre regularly to see a play on stage, or listen to one on the radio. How did she ever include her daily household routine of helping her mother to cook and clean and still do well enough at school to win a coveted place in Oxford?

How fortunate was Margaret Forster to be born in a nation which though beggared by war, was able to offer so rich a life to its youth—despite what could be described as an ‘ordinary’ background. I have always admired the novels of Margaret Forster and now salute her for the sheer personal effort she made to benefit from all the intellectual and sociological goodies available to her and her generation.

Whatever happened to her other contemporaries, who enjoyed the same exposure to leading a cult-ivated and intelligent life as Margaret did????? 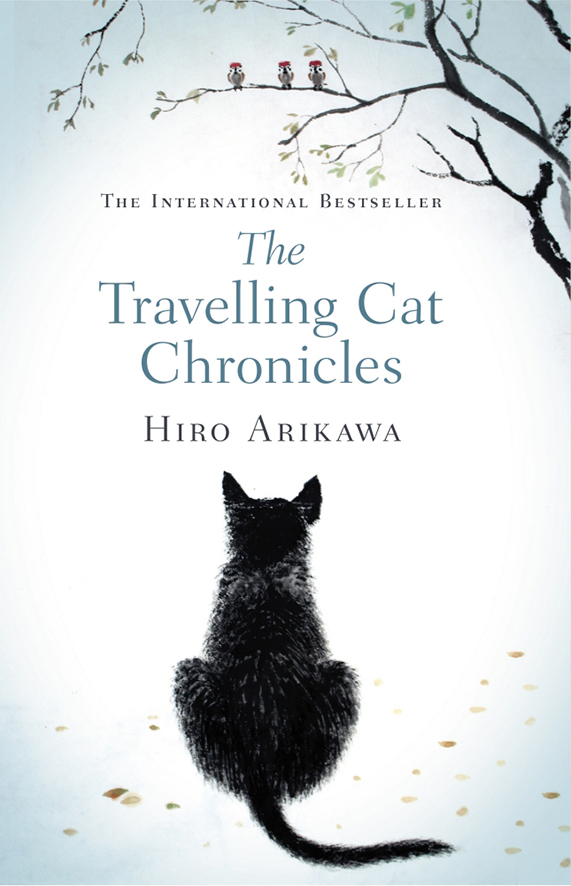 From Japan comes this exquisite cat story for parents and children alike, destined to take its place in the annals of classic animal books. Nana the striking white moggy owner of the human Satoru Miyawake, tells this poignant tale in his own words.

Nana, a stray tabby in Satoru’s neighbourhood, is rescued and adopted by Satoru after being injured in a car accident. After emergency treatment at the vet, Satoru nurses the little animal back to health giving it a safe home in his flat. The two develop a close bond and are soon inseparable. Nana accompanies his master on his walks, and, unusually for a cat, loves jump-ing in the car, enjoying rides in the silver van.

Extenuating circumstances force cat-lover Satoru, to look for a new loving home for his adored Nana, and the two go on an eventful road-trip across Japan in Satoru’s silver van to meet the vivid characters who have peopled his past, hoping one of them could provide a happy sanctuary for his pet. The narrative graphically describes

Satoru’s lively history with the friends and relatives whom he visits in turn, hoping that Nana will settle happily in one of their homes. Nana becomes aware of the fragility of his master’s health, and the attachment between man and feline becomes closer than ever before.

Written with the highly stylised frugality of pure Japanese prose, the sheer exoticism of the situations and the topography leave the reader absorbed and enchanted. Hiro Arikawa’s The Travelling Cat Chronicles will touch the heart of every animal lover anywhere in the world—-it is soon to be made into a Japanese film. 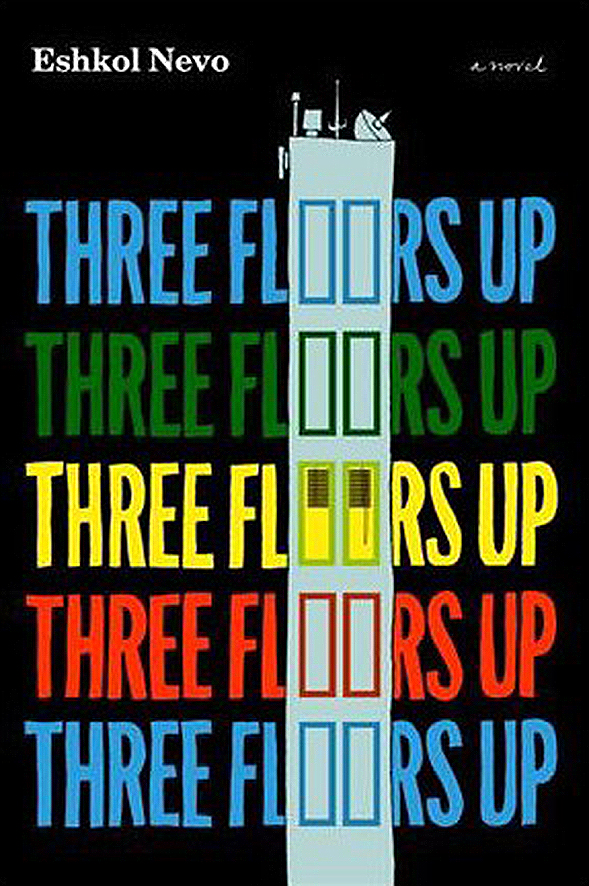 Three Floors Up by Eshkol Nevo Translated from the Hebrew by Sondra Silverstone (Other Press $16.95)

An apartment block in a well-to-do area of Tel Aviv is the setting for Israeli litterateur Eshkol Nevo’s new novel Three Floors Up. Nevo examines the life stories of his protagonists, unstable Arnon on the first floor, lonely Hani on the second floor and dignified Devora on the third floor.

Absorbing as the narrative of these modern, well-heeled Israeli citizens is, it increases in complexity when Nevo links each life story to Sigmund Freud’s topographical theory that divides the psyche into three floors—–the id which contains all our impulses and urges; the ego which tries to mediate between our desires and reality; and the superego which demands that we take into account the effects of our actions on society. (The foregoing explanation is loosely quoted from Nevo’s own explanation of Freud’s dicta)

On the first floor, suspicious Arnon is unable to control his impulse to aggressively express his mistrust of his neighbour, the kindly old man who babysits Arnon’s daughter a little too affectionately.

The neglected Hani Gat on the second floor struggles to maintain an equilibrium between her desire for a loving marital environment and the reality of her ambitious husband Asaf’s inability to conform with the niceties of domestic obligations.

Retired judge Devora comes to terms with the effects of her actions on society by exchanging the rigid sterility of her professional life for an active and committed involvement in a social movement that aims to ameliorate living conditions for Israeli society—-resulting in an unexpected rapprochement with her estranged son.

The novels of Eshkol Nevo, son of ex Israeli PM Levi Eshkol, rise above simple storytelling—-his creative approach is multi-dimensional, his narrative multi-layered and his characters are always colourful and memorable.

Eshkol Nevo, is the literary voice of contemporary Israel, with every novel (Don’t miss his titles Neuland and World Cup Wishes) bringing the ethos of this beleaguered little country for the world to better understand the reality of the human lives lived amid the daily atmosphere of hostility and violence.