AH, THE GENEVA INTERNATIONAL MOTORSHOW, THE PLACE WHERE MOTOR-MAKERS GREAT AND GOOD PREMIER THEIR LATEST MODEL, AND WHAT THEY THINK – OR SHOULD THAT SAY HOPE? – WE’LL BE BUYING AND DRIVING IN THE NOT-SO DISTANT FUTURE. 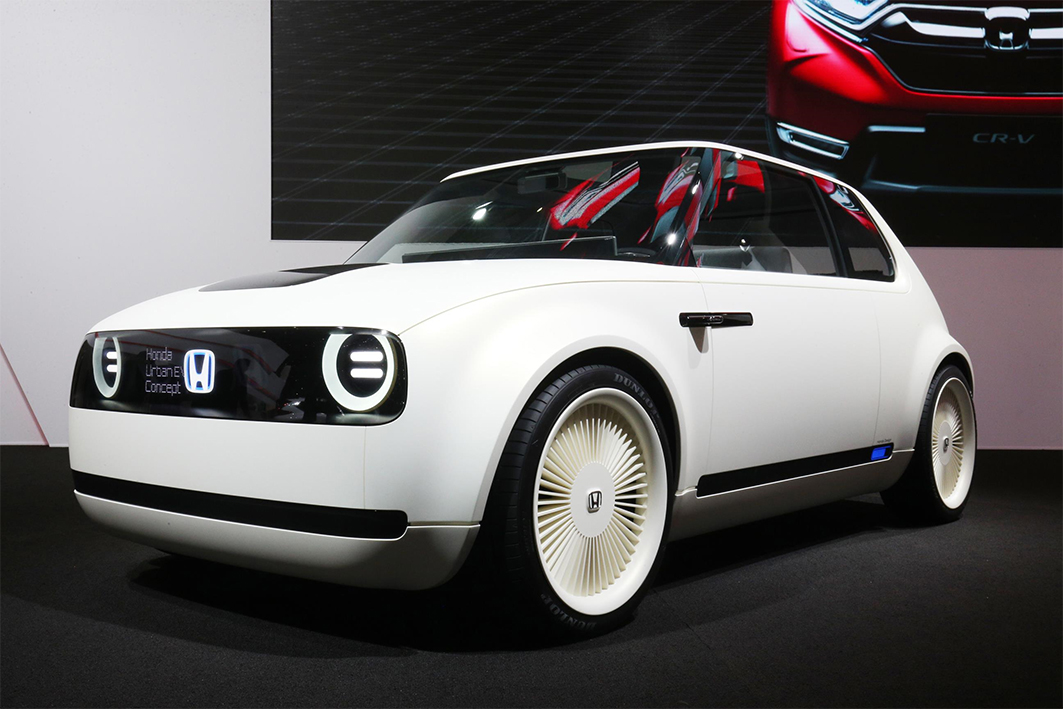 Honda took the opportunity at its 2018 Geneva Motor Show press conference to confirm that order books for a production version of its Urban EV Concept will open in early 2019.

Speaking during Honda’s 2018 Geneva motor show press conference, Senior Vice President, Honda Motor Europe, Philip Ross confirmed the news, “A production version of this highly acclaimed concept will be introduced to Europe during late 2019, and in response to the positive feedback to this model, we expect to open order banks for the Urban EV during early 2019.”

The Urban EV Concept previews Honda’s first mass-produced battery electric vehicle sold in Europe. The Concept features a simple and sophisticated design, slim A-pillars and wide windscreen that appears to sweep around the entire front of the passenger cabin.

Inside, four occupants can be accommodated in comfort across the concept car’s two bench seats, which are finished in different materials to create the ambience of a lounge. The front row is upholstered with a natural grey fabric and embellished with contemporary wood finish accents. The dashboard features a wrap-around screen that extends into the doors. The dashboard display presents a range of vehicle information, while the extended door screens function as the car’s side mirrors through digital camera displays. 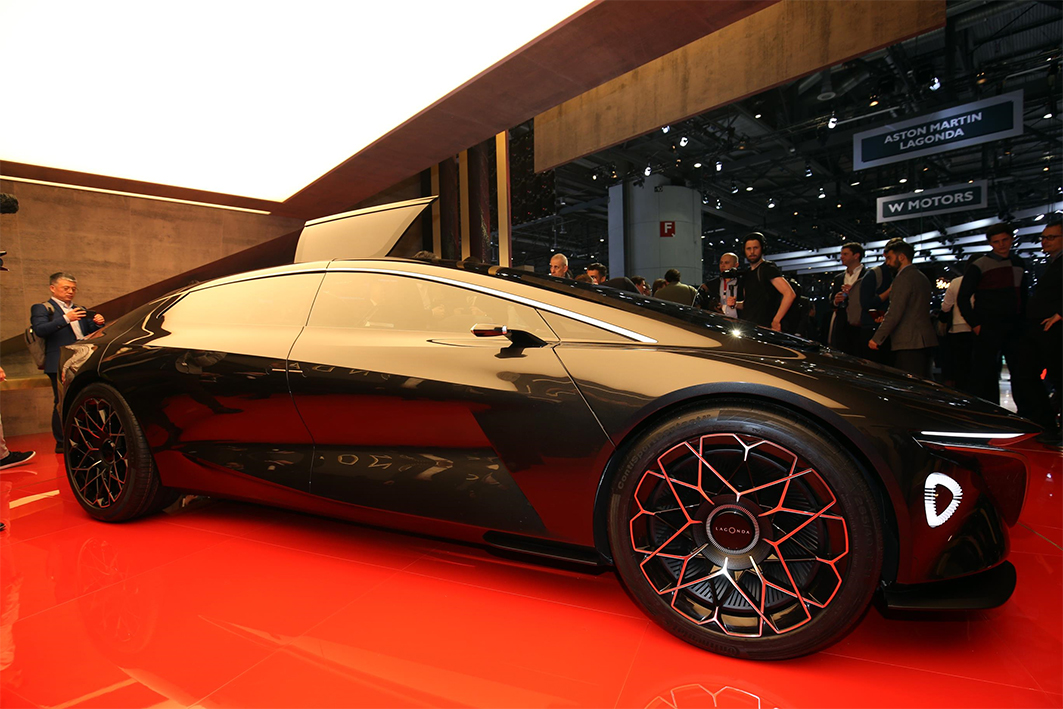 Aston Martin presented their Lagonda Vision Concept, marking the beginning of a new range of state of the art, emission-free luxury vehicles. Production is planned to start in 2021.

Lagonda aims to be the world’s first zero emission luxury brand. It will confound traditional thinking and take full advantage of the latest advances in electrification and autonomous driving technologies, which amount to the biggest revolution in land-bound transportation since the invention of the car.

Lagonda will show how true luxury and modern design, far from being diametrically opposed interests, can exist in total harmony and enhance each other’s most desirable characteristics.

‘We believe people associate luxury in their cars with a certain traditional and even old-fashioned approach because, to date, that is all that’s been available to them,’ commented Aston Martin President and Chief Executive Officer, Dr Andy Palmer.

‘Lagonda exists to challenge that thinking and prove that being modern and luxurious are not mutually exclusive concepts.’ 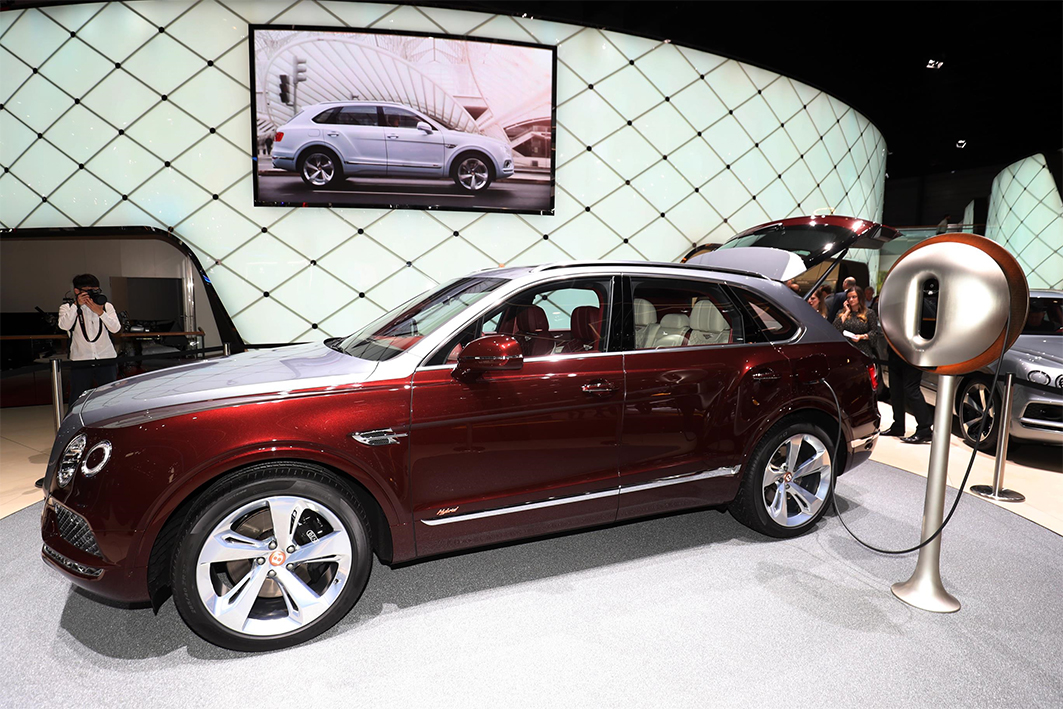 Offering the best of both worlds, the new plug-in hybrid model combines an advanced electric motor with a powerful and efficient new-generation V6 petrol engine. The hybrid version of the world’s most luxurious SUV will be the company’s most efficient model ever with CO2 emissions of just 75 g/km.

The Bentayga Hybrid say Bentley “represents the future of luxury mobility; an oasis of calm and tranquillity in the city and beyond.”

Adrian Hallmark, new Chairman and Chief Executive Officer of Bentley Motors, said: “The Bentayga Hybrid is our first step on the road to electrification, combining traditional Bentley values with the very latest technologies. It gives customers the best of both worlds – engaging, effortless performance on the open road and silent, emission-free driving in the city, which will become increasingly important with the ever-changing regulations around the world.”

As yet the Bentayga Hybrid is not yet available to order. But it will become available to order in selected markets from the second half of 2018. No doubt you’ll need very deep pockets; even the wall charger was designed by Phillipe Starck. 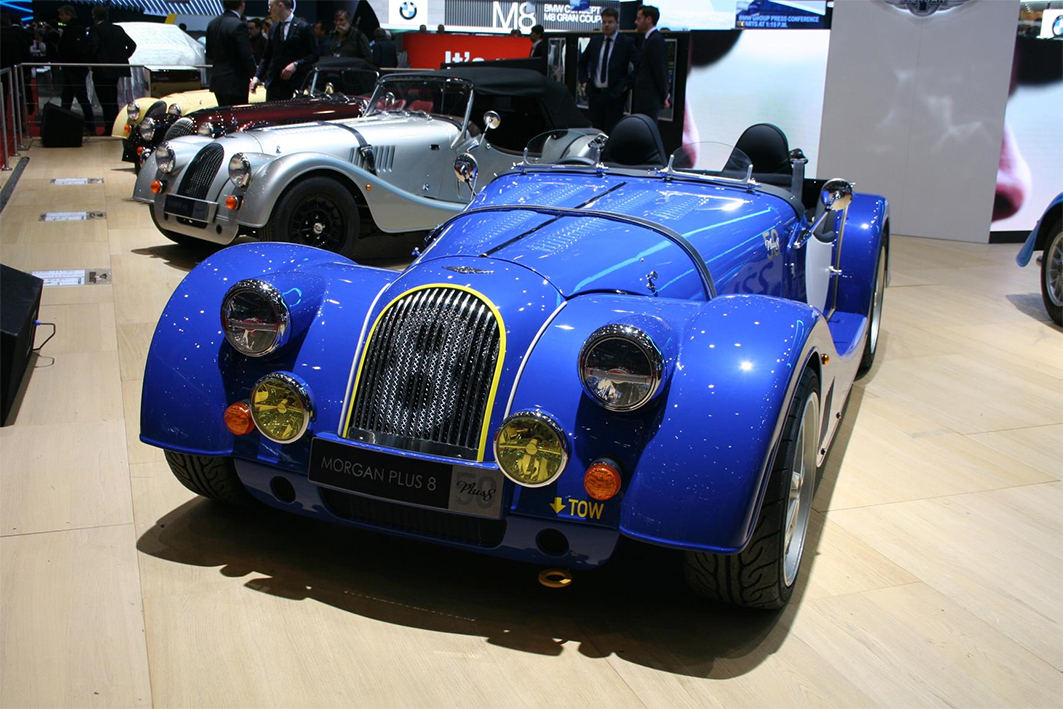 The bespoke sports car manufacturer will produce 50 of the special-edition models, each one hand-built and carrying a unique model number and sold through its existing dealership network.

Born on the racetrack, the Morgan Plus 8 is a special combination of craftsmanship, luxury and technology. Over 6,000 Plus 8s have been hand built at Morgan’s Pickers-leigh Road factory in Malvern during its 50-year history.

All Plus 8 50th Anniversary models will sit on Morgan’s renowned aluminium chassis, and at just 1,100kg, the Plus 8 is one of the lightest V8 passenger cars in the world. It is capable of 0-62mph in 4.5 seconds and has a top speed of 155mph.

The Plus 8 50th Anniversary will also be the last Morgan vehicle to feature the naturally aspirated BMW V8 engine.

Steve Morris, Managing Director, Morgan Motor Company, said: “The Morgan Plus 8 sits firmly as one of the most iconic and revered models of Morgan’s 109-year history. From launch, the combination of a lightweight roadster combined with a V8 engine has proved a triumph for buyers around the world, be it for road or track use. For many, the Plus 8 is the archetypal British sports car combining handcrafted, bespoke luxury with exhilarating performance – and that’s exactly why the Plus 8 has been a mainstay of the Morgan range for 50 years.

“The Plus 8 has been a part of the range for my entire Morgan career, and it is an honour and a privilege to unveil this celebratory model here in Geneva.” 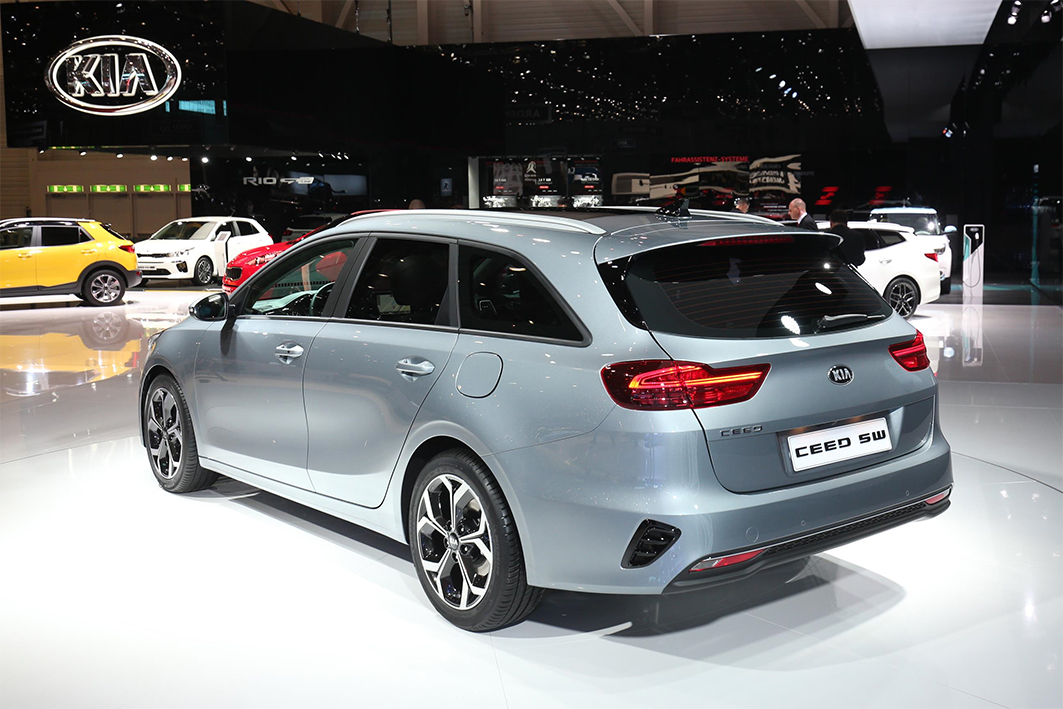 Now in its third generation, the Ceed – designed, developed, engineered and built in Europe – strengthens Kia’s presence in the European C-segment with innovative new technologies, a mature and athletic new design, and a more engaging drive.

Since the first-generation Kia Cee’d started production at Kia’s new Slovakian manufacturing facility in December 2006, more than 1.28 million units have been built. A new naming format – cee’d becomes Ceed – consolidates its reputation as a car for the Community of Europe, with European Design.

Like its predecessors, the model has been designed, developed and engineered in Frankfurt by Kia’s European design, product development and R&D teams. It will be manufactured at the brand’s production facility in Žilina, Slovakia, alongside the Kia Sportage and Kia Venga.

Michael Cole, Chief Operating Officer for Kia Motors Europe, comments: “The Kia Ceed has been a lynchpin in the brand’s consistent growth across Europe for more than a decade. Created for European buyers, the introduction of the Ceed in 2006 represented a watershed moment for Kia.” 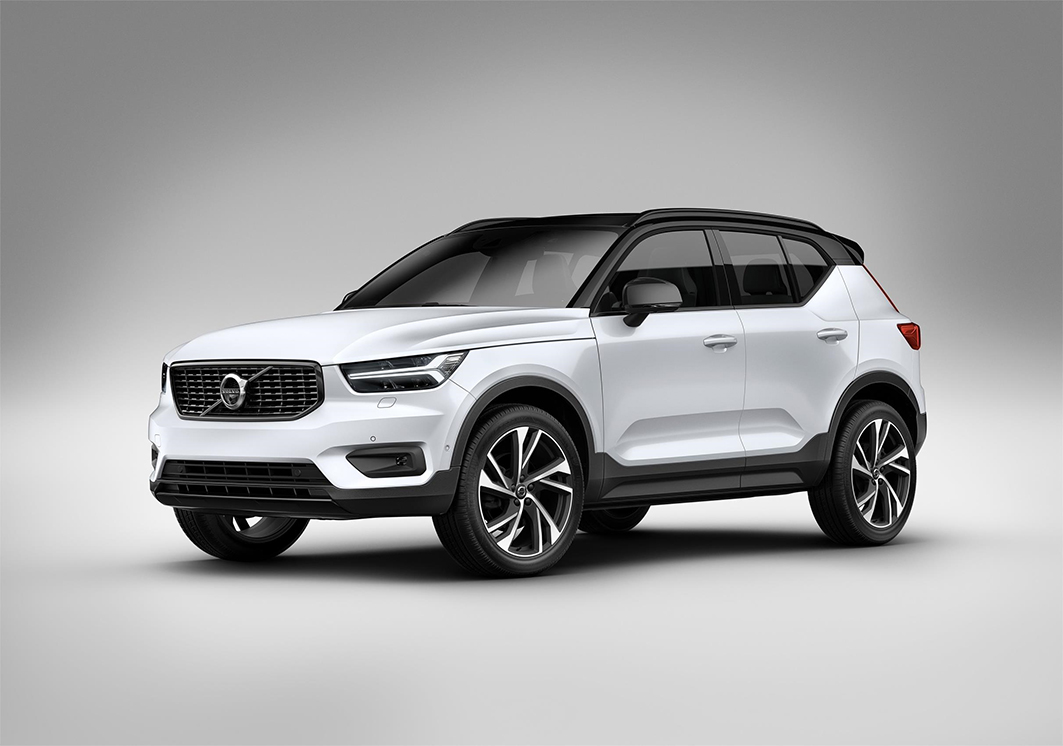 Just as the doors in Geneva opened, the new Volvo XC40 was named the 2018 European Car of the Year. It is the first win of this prestigious award for Volvo Cars.

“Winning this award with our new XC40 is perfect timing,” said Håkan Samuelsson, President and CEO of Volvo Cars. “Volvo now has three globally available SUVs in its range for the first time. The XC40 will be a strong contributor to further growth, taking us into a new and fast-growing small SUV segment.”

The XC40 win means that the complete line-up of new global Volvo SUVs have each been named Car of the Year in either Europe or North America. Both the large XC90 and mid-size XC60 were awarded the North American Truck/Utility of the Year title in the past two years.

The XC40 is the first model on Volvo Cars’ new compact modular vehicle architecture (CMA), which will underpin all upcoming cars in the 40 series, including fully electrified vehicles. Co-developed together with Geely, CMA provides the company with the necessary economies of scale for this segment.

The XC40 is also the first Volvo to come with a car-sharing feature, enabled via Volvo’s digital key technology and its connected services platform, Volvo On Call. XC40 owners can simply share their car with family and friends without having to hand over a physical key.