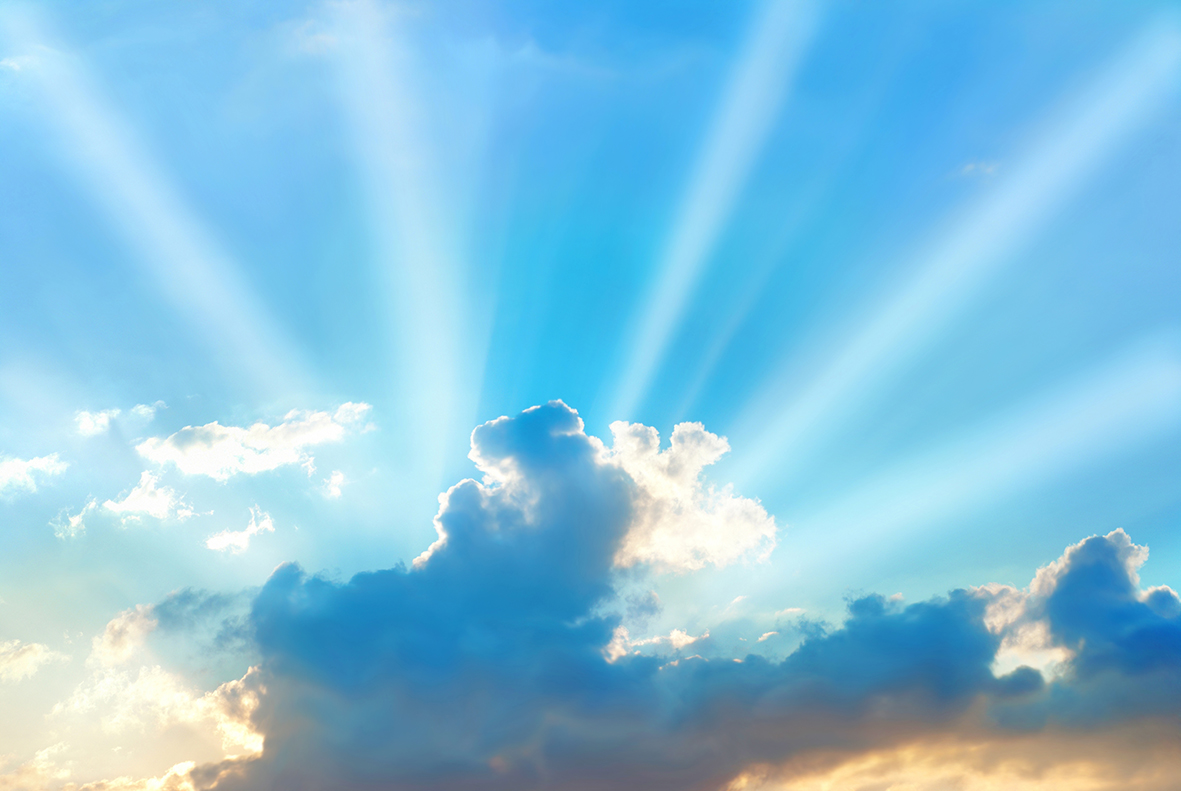 Death and losing loved ones is never an easy subject to cover, but it is part of life and will touch us all at some time or another. This month Liz shares her thoughts on how her faith helps her when life doesn’t seem fair.

Sitting on a sun lounger under a blue sky looking out over the sea in Tenerife, it’s hard to believe that life is going on as normal everywhere else. Or that death could happen. Yet just after we arrived here I received the news that my cousin had died. A few years ago I wouldn’t have found out until I came home; that’s the wonder of the internet for you. So forgive me if this article is a little sombre.

In the last fourteen months five members of my extended family have died; two were ready to go but the others, especially one, were taken too soon.

By the time you read this, Easter will have come and gone. For most of us these days it’s marked solely by eggs, bunnies and bank holiday crowds. For Christians it’s supposed to be different – our most precious time – but I suspect that for many, myself included, it’s pretty uneventful. And as I’ve been thinking about it that makes me sad. The events that we commemorate at Easter are, after all, what our faith is centred on: the death of Christ on the cross paying for our sins and his resurrection holding the promise of life everlasting.

But sometimes nothing makes sense.

About twenty years ago a friend of mine died on Christmas Eve. She was the mother of four young children. ‘Where,’ I screamed at God, ‘is the justice in this?’ I expect most of us have at least one similar story: a baby, child or too-young a person dying too early. It’s just not fair.

But I’ve come to accept that our idea of fairness isn’t what God promised us. He did promise though that whatever we go through He will be with us and help and support us. Even though it might not feel like that at the time.These days I would guess that most people, unless they’ve expressed strong views otherwise, will have a Christian funeral even if they have shown no obvious faith in life. The priest and well-meaning friends will say things about the deceased being at peace and reunited with loved ones. But is that true? Even if, like my father-in-law for example, they’ve been very anti-Christian through their lives?

The bible makes it clear I think that not everyone will go to heaven, whatever you believe that to be. But God also says clearly that he wants to see everyone there. So what should we believe? I don’t know but I am sure of one thing: a lot of us are going to be very surprised when we see who else is in heaven! And there are two stories that convince me of that.

The first one is about the young man who squanders his inheritance but on his return home sees his father running out to greet him.

Not hesitating, not angry, not even demanding an apology. Just overjoyed to see him.

The second story is an Easter one. The thief who hung on the cross next to Jesus after a life of crime turns in desperation to the man dying beside him and simply asks Jesus to remember him in his kingdom. And Jesus says, ‘Today you will be with me in paradise.’ A last chance grabbed.

So, yes, it’s fortunate for us God isn’t always fair. He gives us chance after chance. There’s always a last chance. God loves us so much.

And now to lighten the mood and because my cousin, Jimmy, who recently died, was a proud Welshman who played rugby for the All Whites and the Barbarians, here’s a joke that combines Wales and rugby. Oh and death!

Both Warren Gatland, the Wales coach, and Eddie Jones, the England coach, are killed when a freak lightning bolt hits the Principality Stadium.

In heaven, they are greeted by St. Peter and Eddie is taken to his new home, a lovely English country cottage with angels singing Swing Low, Sweet Chariot. He is delighted until he suddenly hears from over the wall, a huge host of angels singing Bread of Heaven. He looks over the wall and sees an enormous mansion with a party in the garden, Brains SA flowing freely, and on a cinema screen, a con-tinuous loop of Scott Gibbs scoring his try against England in 1999. Jones goes to St. Peter and says, “I don’t want to appear ungrateful – but why does Warren get the huge mansion?” St. Peter says, “Nah, that’s not Warren’s place – that’s God’s.”