This month’s article will be looking at the brief history of the formation of the Royal Air Force, with personal histories and memories. The Latin translation will be at the end of the article. No cheating now!

Looking back on the early days of aviation during the late 19th and early 20th centuries, things could have been so very different for Wales. During 1896, William Frost, reportedly used his flying machine “Frost Airship Glider”, to fly about 500 metres before crashing into a bush. The event was witnessed but not recorded and the following day the flying machine was destroyed during a storm. It was bad luck for Frost, who afterwards was a broken man. 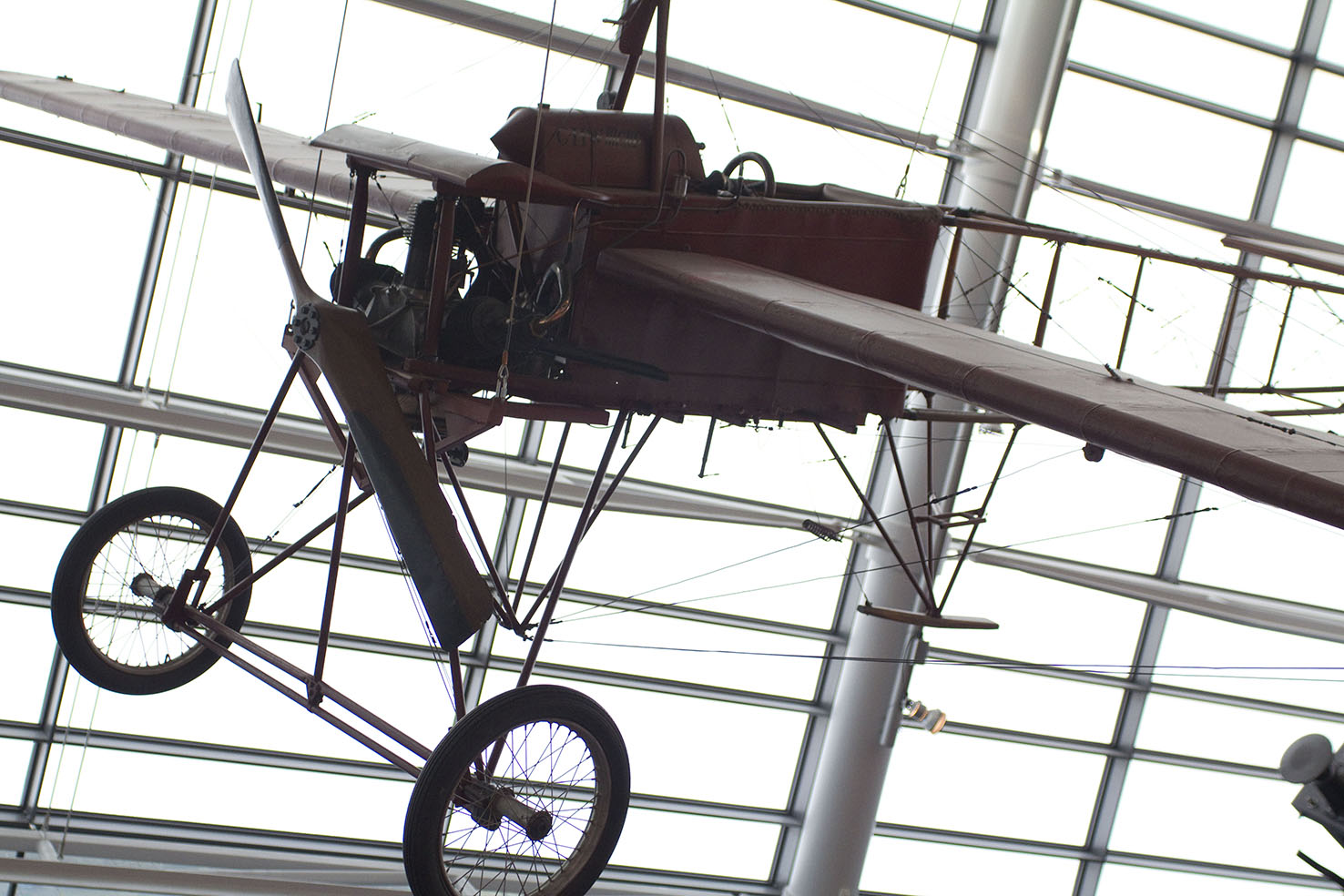 The first powered-heavier-than-air flight was carried out on 17 December 1903, at Kitty Hawk, North Carolina by the Wright Brothers in Wright Flyer I. Louis Bleriot made the first successful flight across the Channel, on 25 July 1909, and was awarded the Daily Mail’s £1000 prize money. Meanwhile back in Wales, Charles Horace Watkins had built the first engine-powered aeroplane, a red monoplane called Robin Goch; he claimed that the plane made short distance flights during 1910. Oxwich beach was the venue for the first flight during 1911, by Mr. E. Sutton in his Bleriot monoplane. Today Robin Goch can be found hanging in the National Waterfront Museum, Swansea. 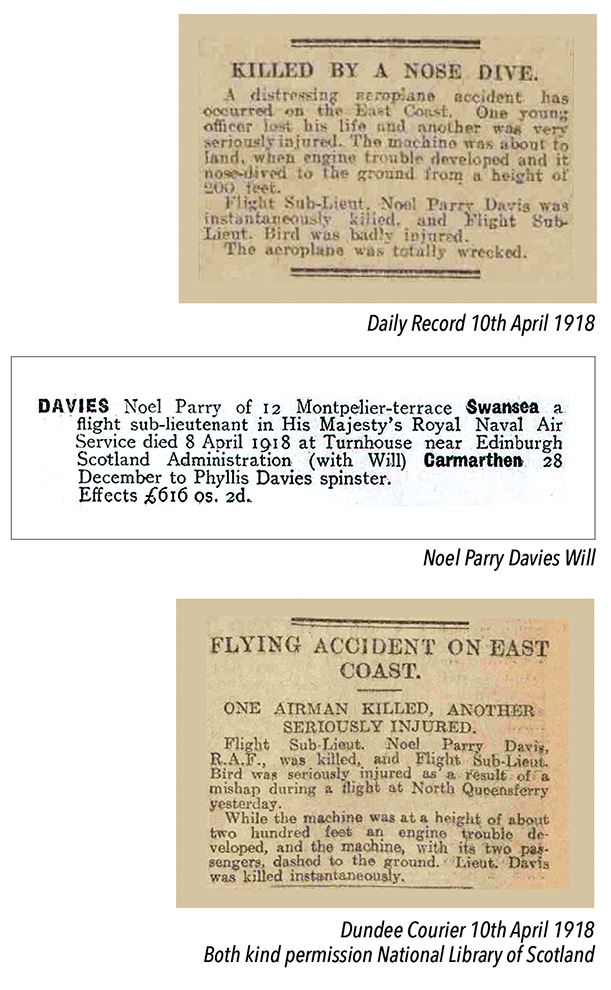 Unfortunately, Britain wasn’t the first country to develop the aeroplane for military use, but the RAF is the world’s oldest independent air force, from the amalgamation of the Royal Flying Corps and the Royal Naval Air Service. At the beginning of the First World War, the Royal Flying Corps had 84 aircraft, their main responsibilities being to man and operate the observation balloons on the Western Front, another of its responsibilities was the wireless tele-graphy and photo-reconnaissance. The Royal Naval Air Service, was the air arm of the Royal Navy, having 71 aircraft. Their main roles were fleet reconnaissance, patrol coasting for enemy ships and submarines. While researching this article I stumbled upon a few mysteries.

One of the Swansea men who joined up with the RNAS was Noel Parry Davies. Men were encouraged to write their Last Will and Testament. This is where I have gained further information regarding Davies. The National Probate Calendar (Index of Wills and Administrations), 1858-1966, 1973-1995, lists his will. The value of the money mentioned in his will, is worth today £24,472. On 1 April 1918, Davies now Flight Sub-Lieutenant, is one of the first officers of the newly formed RAF. He lost his life on 8 April, aged 18 at Turnhouse, near Edinburgh, a week after the formation. This is where things, become a little blurry. Scotland was divided into 1,028 district registra-tions in 1855, only 18 years behind the rest of the country. One would have thought that his death certificate would have been registered in Scotland, however, it was located at the General Registration Office, England. We can turn to the local Scottish newspapers Dundee Courier and Daily Record, published on the 10 April, covering the events of 8 April. By the 12, Noel Parry Davies, is buried with full military honours at Bethel Welsh Congrega-tional Chapelyard, Tycoch. Anyone wanting to apply for a will can use the link at the end of this article.

The Women’s Royal Air Force was also created on 1 April 1918, sadly it only lasted for 2 years, with its main purpose to provide female mechanics. Numerous women joined up.

Did you have an ancestor who was a member? 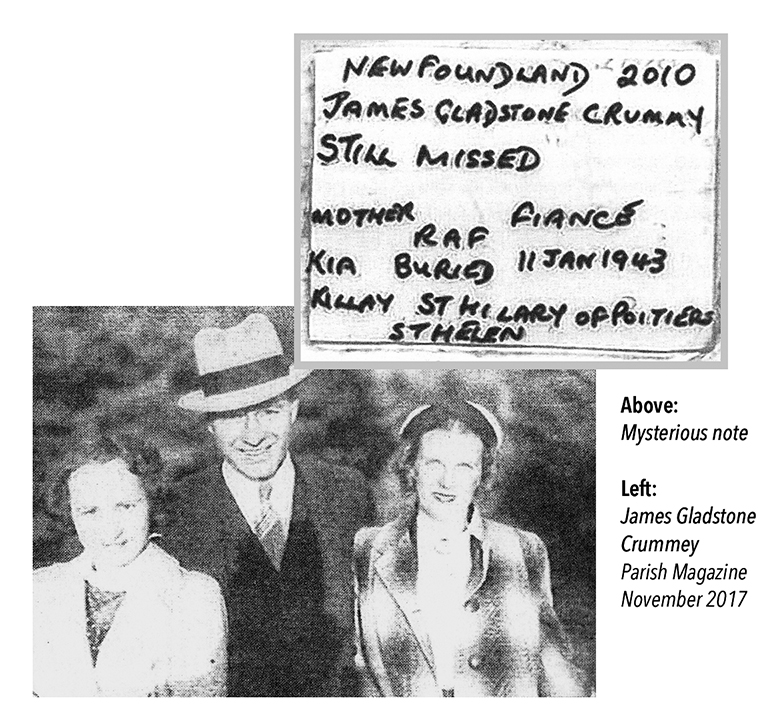 By the end of the First World War, the RAF had 300,000 officers and men and 22,000 aircraft. It’s during 1918 that the military authorities saw the value of Swansea Aerodrome, Jersey Marine. At the outbreak of the Second World War, the RAF had diminished to 2,000 aircraft, and during 1940 RAF Fairwood Common, was built on what was originally common ground. 66 squadrons operated from 1941 to 1947.

From an article published in the November 2017 Parish Magazine of St Hilary and St Martin, which an avid reader of Bay magazine handed to me, there is an extract from The Telegraph about the mysterious note and photograph that appeared at the grave of Sergeant J. G. Crummey during 2010.

Let’s see what I have uncovered!

I was able to obtain James Gladstone Crummey’s death certificate, stating that his death was 11 January 1943, and his body was found at Ysyuboruchaf Farm, Sketty. The cause of death was multiple injuries due to a flying accident. Crummey was 29 years old, and he came from Bay-de-Verde, Western Bay, Newfoundland. He was a sergeant in the 125 Squadron. 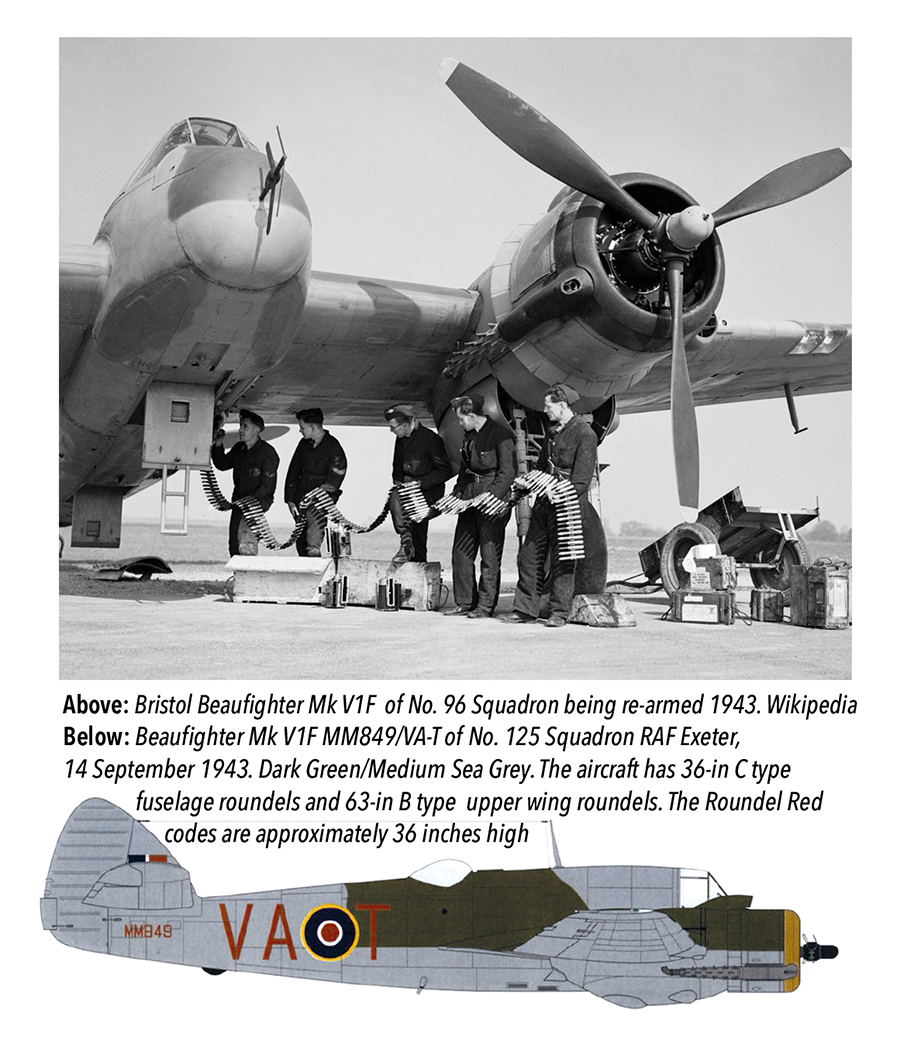 125 Squadron was formed, at RAF Colerne, Wiltshire, as a result of a War Loan of $500,000 raised by the Newfoundland Commission on Government. The squadron was equipped with Bolton-Paul Defiant night fighters. By September 1941, it had moved to RAF Fairwood Common, where it became fully operational covering western England and South Wales. During March 1942, the squadron converted to the twin-engine Bristol Beaufighter. During the early evening of 11 January 1943, an air test Beaufighter Mk VIf piloted by Crummey with Sergeant Hurst as observer, stalled and crashed. The plane burst into flames, and both men were killed. Does anyone remember this event?

Anyone who is interested or have any ancestors and family living in the US, Canada, or Newfound-land, can rely on their Census Returns, which were taken every 10 years – 1900, 1910 etc, etc. The latest one available is the 1940, Canada has a 72-year closure restriction, compared to our 100-year restriction.  It’s from the 1920 census that information on Crummey was found.

The census lists him as a student 8 years old, living with his family at 19 Winston Avenue, Scarborough, Ontario. His family is of Irish origin.

Next, we find Crummey as a Police Constable on the passenger list arriving in Liverpool, on the Nova Scotia, 9 May 1937, then going to Chelsea Barracks, London. He stayed for a few days and then left on 25 May to go back to St. John’s, Newfoundland, sailing on the Nova Scotia. Any further information about James could be found from his RAF military records,which can be obtained for a fee of £30. 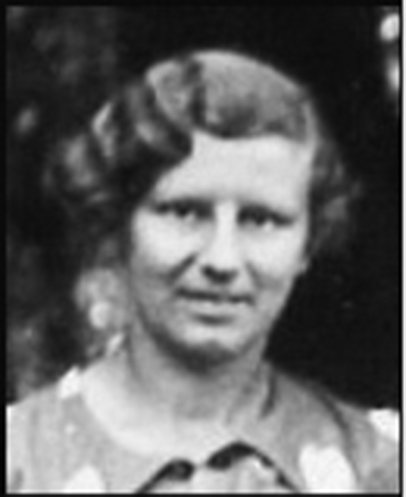 Whilst writing this article I came across the name of Joan Curran nee Strothers. She was Swansea born and played important roles in both the development of radar and the atomic bomb. She is also credited with the chaff’ a radar counter-measure technique. She was educated at Swansea Girls’ High School – another Swansea resident that we should be proud of.

If there is anyone who would like to share their RAF experiences – please drop me a line.

The Latin motto at the beginning of this article, translates as “Through Adversity to the Stars”

Charles is a researcher and historian. If you have a question regarding your family history that you’d like to put to Charles, he can be contacted at: swanseafamilyhistory@yahoo.co.uk he’d be delighted to hear from you