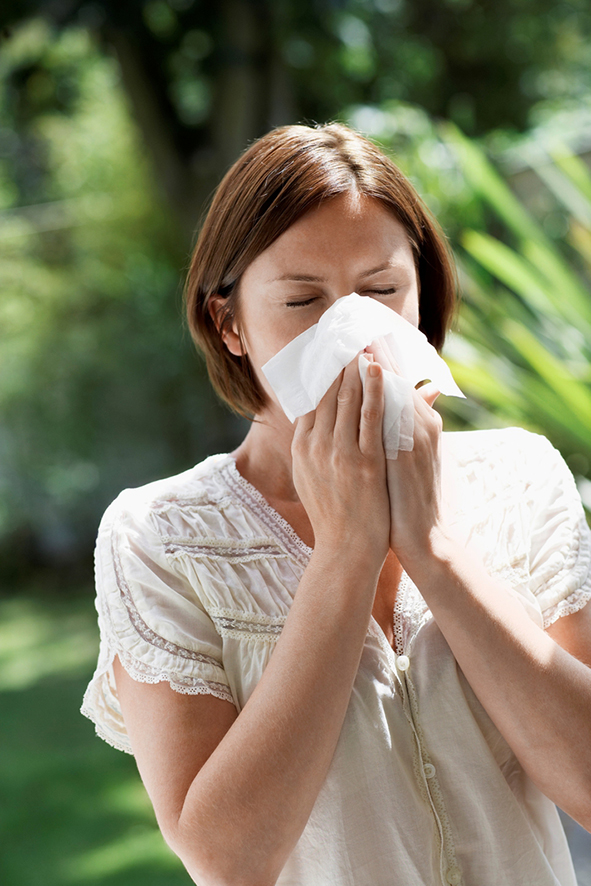 Hay fever season is looming and with 1 in 5 people being affected in the UK many people will be preparing themselves for runny noses and watery eyes.  Hay fever, sometimes known as seasonal allergic rhinitis, is a common condition that often affects people who suffer from asthma or eczema and often runs in families.

What actually is hay fever and what are the symptoms?

Hay fever is an allergic condition where a person’s immune system reacts to various substances including pollen from grass, flowers and trees. As a result, the body releases a chemical known as histamine specifically from the eyes, nose and airways causing the inflammatory reaction. This prompts the common symptoms like sneezing, runny or blocked nose, red and watery eyes, itchy throat and headaches.

How can you avoid the triggers?

What can you take to treat hay fever?

Luckily there are many treatment options available from your local pharmacy including tablets and nasal sprays.

The antihistamine nasal spray can ease the itching, sneezing and watering within about 15 minutes of being used. Generally, it is not as effective at easing congestion. The spray can be used regularly or on a when required basis dependent on frequency of symptoms.

The antihistamine tablets are taken by mouth and are good at relieving most hay fever symptoms including eye and/or nasal symptoms but not nasal congestion. People normally get symptomatic relief within an hour of taking a dose. There are many different types of antihistamines that can be bought from pharmacies including cetirizine and loratidine but beware older antihistamine, chlorphenamine, can make you drowsy so do not take if you are driving or operating machinery.

The steroid nasal spray works well to clear all nasal symptoms specifically the sneezing, itching and congestion. It should be noted that it takes several days to feel the true benefit of the spray so there is no instant relief of symptoms when you start using it so try to persevere. It can be used in combination with antihistamines if symptoms are not controlled by one treatment. Nasal sprays include mometasone or beclometasone.

Some people also find eye drops beneficial including sodium cromogicate eye drops to prevent watery eyes and many use it throughout the hay fever season.