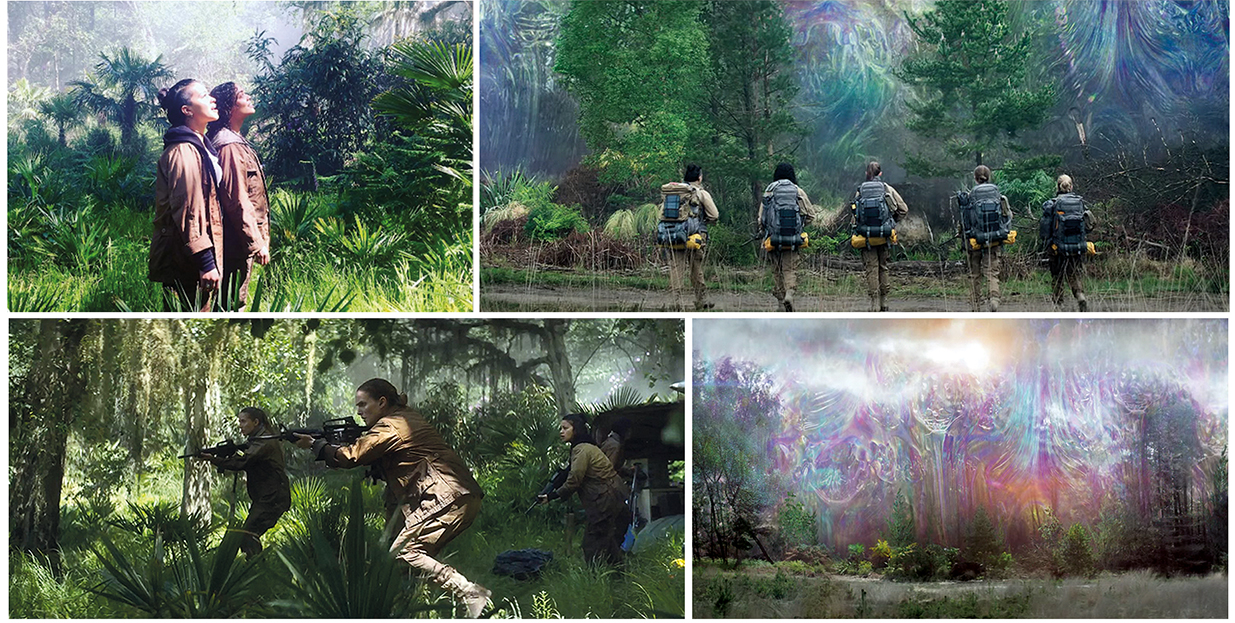 Emlyn’s film review for this month isn’t going to be available on the big screen, but since so many readers subscribe to Netflix we thought that a new science fiction film Annihilation – only available to see on Netflix – was worth reviewing

Based on Jeff VanderMeer’s novel of the same name, Annihilation has taken an interesting and unusual path to our screens. Originally set to be released in cinemas, it ended up being sold to Netflix in many territories, so while it received a theatrical run in the United States, in lots of other places – including the UK – it’s only available to watch at home. Judged (sadly, quite possibly accurately) to not be commercially viable enough for a cinema release, it’s flown under the radar somewhat, so now seems as good a time as any to try and call a little more attention to it.

Some time ago, a meteorite struck a lighthouse on the southern coast of the USA. The lighthouse is now the centre of “the Shimmer”, a bizarre energy field that’s gradually consuming the land around it. No one who’s gone in has returned – until a soldier call-ed Kane inexplicably appears at home, with no memory of what happened to him, a year after he went in. To try and figure out what happened, his wife Lena (Natalie Portman) joins a team of women about to make their own expedition into the Shimmer and confront the strangeness therein.

And strange it certainly is – writer and director Alex Garland, who previously brought us the excellent and similarly thoughtful Ex Machina, clearly couldn’t be less interested in adhering to the conventions of these sorts of films. The ending in particular is as defiantly, singularly weird as anything in sci-fi cinema of recent years, and was likely the crux of the decision to sell the film to Netflix. Drawing parallels with 2001: A Space Odyssey’s mind-bending climatic journey across time and space feels far too obvious. One of the only valid points of comparison for a beautifully odd sequence that denies the audience easy catharsis and any real explanation, is instead practically daring us to puzzle out its meaning for ourselves. It’s truly terrific stuff.

It’s smart, heady science fiction in a similar vein to Arrival and Garland’s own Ex Machina, and extremely refreshing for it. In both its existential musings and the primacy of women in the narrative it has a lot in common with its director’s previous film, and would likely make for an excellent double feature. Garland is obsessed here with questions about identity, immort-ality, our capacity for self-destruction, and how all three are interlinked with each other. There are more than a few Biblical allusions too, from the name of Lena’s husband to the Shimmer as a kind of new, twisted Eden. 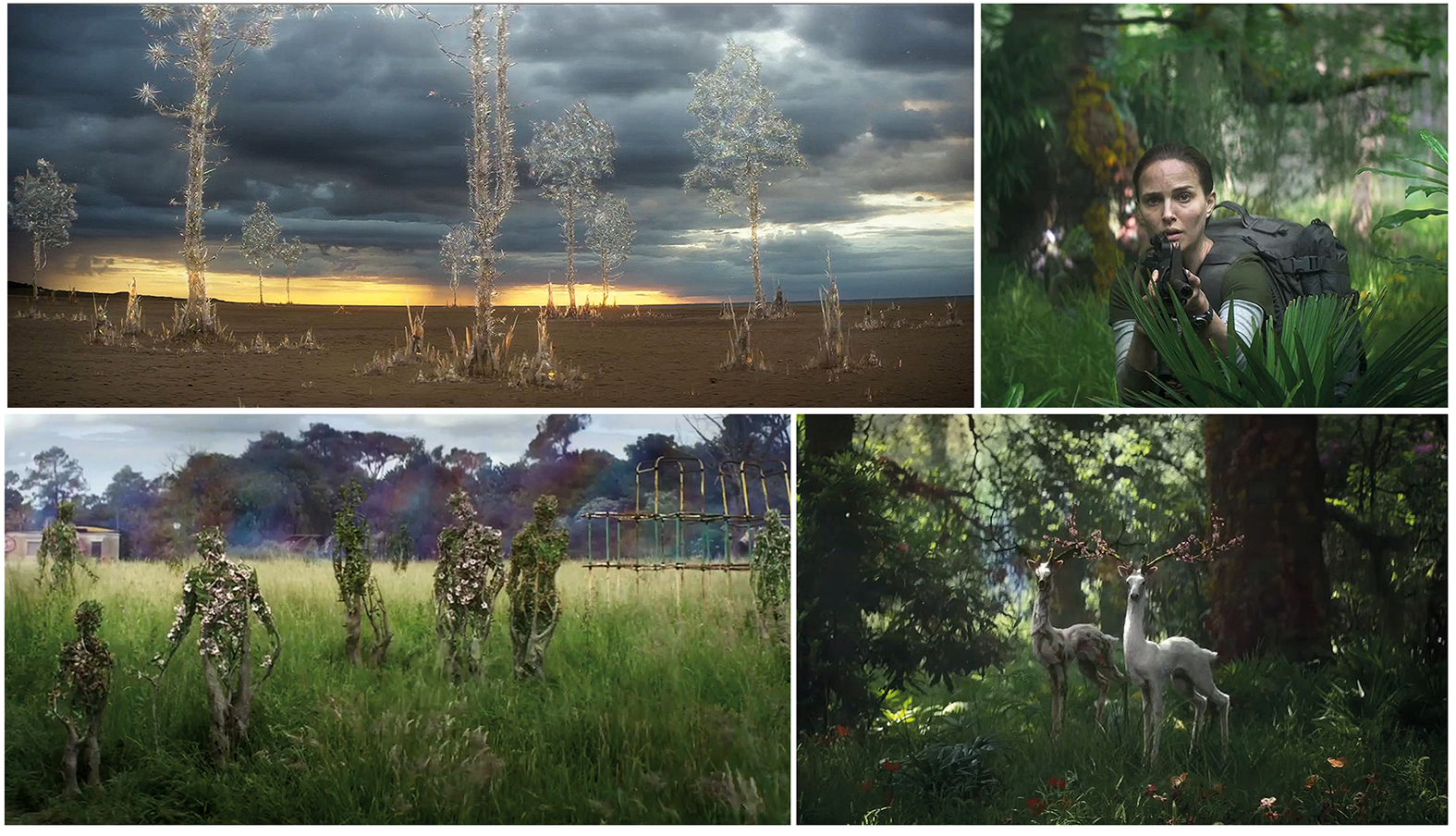 And for all the brains behind Annihilation, it has visceral thrills in plenty as well, courtesy of what the Shimmer does to anything caught inside it. It changes and mutates anything living within its walls, giving us such sights as an alligator with the teeth of a shark, deer with flowers growing out of their antlers, and a bear that’s likely to go down as one of recent genre cinema’s most disturbing creations. There’s a bravura sequence involving it towards the end of the second act where the film tips over into outright horror after previously flirting with the genre, and you’re not likely to find much else that’s quite so deeply unsettling for a long time.

It’s always a lovely feeling when a science fiction film like this comes along, one with so much on its mind that it’s almost begging to be debated at the pub after you’ve seen it. And yet in this case, it is also quite disheartening that so many of us won’t be able to see it in its natural environment, for Annihilation was absolutely made for the cinema. It still looks great on a TV, but the terror of that bear and the awe of the ending deserved to be seen on the big screen, for all that selling it to Netflix may well have been the best move from a financial point of view.

It is assuredly not for everyone, as the box office numbers from America can attest, but it feels destined to become a beloved cult classic a few years down the line, not unlike so many of the genre touchstones that it channels while still being very much its own thing. Give it a go now, and maybe in 10 years you’ll be able to tell everyone you liked it before it was cool to. And watch it more than once, as well – the chances of unlocking all its secrets in one viewing are slim indeed.