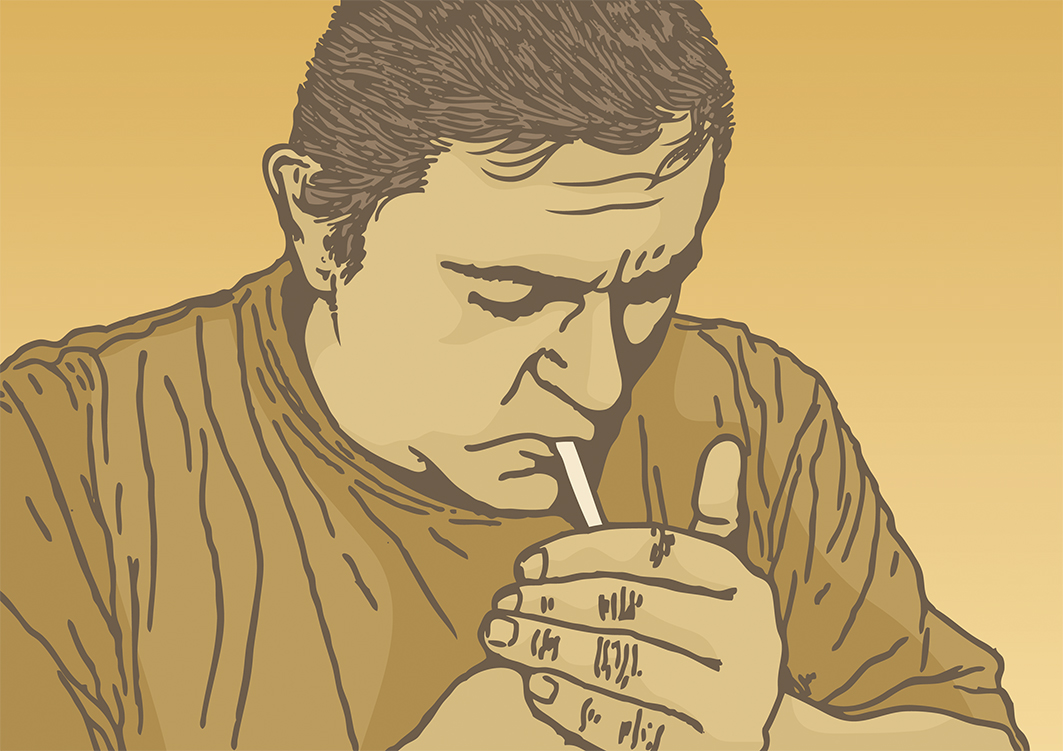 As a spinal surgeon, I often treat people who take nicotine in various different ways, from smoking to vaping, chewing it and wearing patches. So, here’s an article about nicotine, from its origin as a nature’s pesticide, to being a thorn in the side of every health professional. 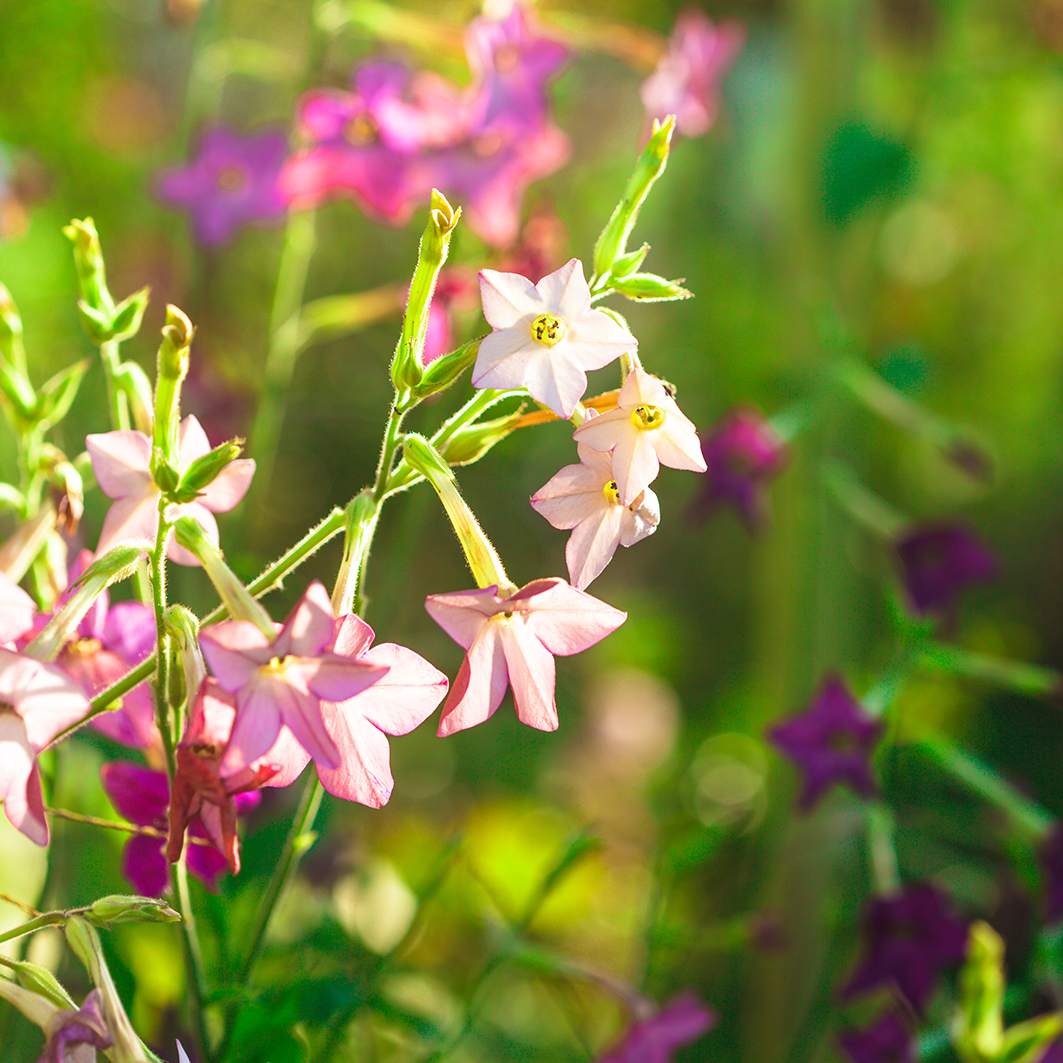 In medical terms, nicotine is a naturally-occuring neurotoxin. Nicotine is found mainly in the nightshade (Solanaceae) family of plants, which include the familiar deadly night-shade, as well as the potato, tomato and aubergine. The aubergine has the highest concentration of nicotine in a vegetable (400 raw aubergines has the same nicotine content as a cigarette)

Sir John Hawkins (1565) appears to be the first recorded British importer of the tobacco plant. Allegedly, Sir Walter Raleigh introduced the reigning Queen Elizabeth I to smoking around 1600, with the practice quickly adopted by the population. Whereas the Native Americans had used tobacco for trading and special occasions alone, the Brits enthusiastically smoked tobacco as a new fashion. The rapid spread of smoking resulted in the first tax levied on tobacco by King James 1, who wrote in 1604 “A Counterblaste to Tobacco…. A custome lothesome to the eye, hateful to the nose, harmful to the brain, dangerous to the lungs , and in the black and stinking fume thereof, nearest resembling the horrible stygian smoke of the pit that is bottomless”.

Nicotine is such a powerful neurotoxin that even though we all know that smoking is bad for our health, we can’t kick the habit. Nicotine releases the happy hormone called dopamine, as well as stimulating adrenaline which makes us more alert. Nicotine is also an appetite suppressant by raising our blood sugar, which is especially bad for diabetics! Smoking doesn’t just enhance mood, it also relieves the withdrawal symptoms associated with addiction. Benowitz wrote an interesting article about nicotine addiction which you can download here www.ncbi.nlm.gov/pmc/articles/PMC2928221/pdf/nihms227888.pdf

Unfortunately, even though nicotine makes us feel good, it is bad for us. It makes us feel more alive when we take it, but actually makes one in five people dead, according to a 2014 American Government document (www.surgeongeneral. gov/library/reports/50-years-of-progress/Exec-summary.pdf). So, the benefit of social nicotine lies purely with stakeholders in the tobacco industry, who are very rich at our expense.

Let’s narrow down the many toxic effects of nicotine down to the spine, since this is a spinal article, after all!

As a spinal surgeon, I recognise smokers when I operate on their spines because smokers’ bones have a soft, soggy consistency. Smoking causes osteoporosis. Bones do not heal well after spinal surgery, or indeed with any form of bony surgery. Smokers are less likely to heal when they break bones because nicotine stops osteoblasts, the cells that make bone, from working properly. Smokers are as likely as people with diabetes to develop surgical site infections, also known as wound infections, after surgery, according to a recent study in Nanchang, China (Lai, 2017).

Nicotine also lowers our pain threshold, so smokers feel more pain after surgery and need more painkillers, exposing themselves to possible side effects of the drugs (Cuff, 2016). On the other hand, if people decide to stop smoking as they wish to have a good surgical outcome, the body reacts to the nicotine withdrawal by reducing pain tolerance as well, a process that has been identified as altering a substance called fractalkine in our bodies- we can’t win! The only way to stop feeling as much pain after surgery is to stop taking nicotine altogether and allow months for the body to normalise itself.

Putting this together for the spine, nicotine promotes degenerative disc disease as well as osteoporosis, it reduces our pain tolerance so we experience more back pain as a consequence of the nicotine-assisted spinal problems. Then, if we have surgical treatment for the spinal problems, our bones don’t heal as well, our wounds may fall apart and cause ugly scarring and we feel more pain than non-smokers due to the nicotine effect on our pain receptors.

What about nicotine and cancer? Smoking causes cancer, but nicotine helps the cancer to grow and spread by activating nicotinic acetylcholine receptors in the malignant growth (Schaal, 2014). Cancer commonly spreads to the spine, where it causes the spine to ultimately break and damage the spinal cord. Bay readers can cast their minds back to the Winter 2016 edition of our lovely magazine, which has a checklist of symptoms to watch out for, in order to catch the condition called MSCC early enough to be treated. All too often, people don’t realise until it’s too late, that the smoking and nicotine- causing cancer has spread to the spine and caused permanent paralysis. 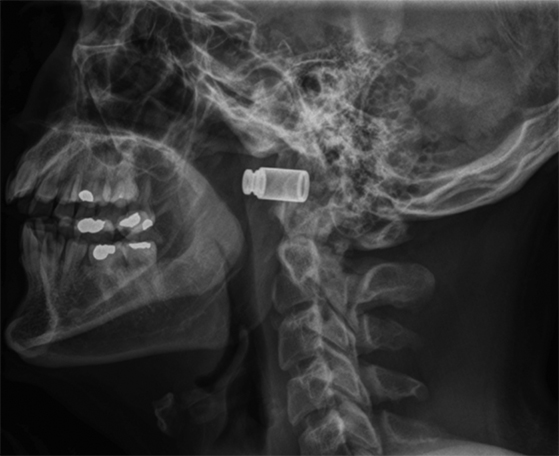 Electronic cigarettes have their own unique way of harming the spine. Mexican surgeons had to remove part of an e cigarette which exploded and lodged itself in the upper cervical spine, breaking C1 and C2 bones. Blast injuries from e-cigarettes are more common than we think, for example, there were five admissions to Morriston Hospital Burns Unit over a nine month period for treatment of e-cigarette burns, which are combined chemical and thermal injuries due to the alkaline batteries in the e-cigarettes causing the explosion and contributing to the burn injury.

In conclusion, as a spinal surgeon, each time you light up, I ask you to consider who benefits from that cigarette – is it you, or the massive profiteering tobacco industry? The effect of smoking and nicotine increases the chance that you will need my help as a spinal surgeon and reduces the chance that you will have a good outcome from spinal surgery. It has such a damaging effect that in the USA, many spinal surgeons refuse to operate on smokers- they even test the blood nicotine levels before surgery. (www.charlotteobserver.com/living/health-family/karen-garloch/article134223889).