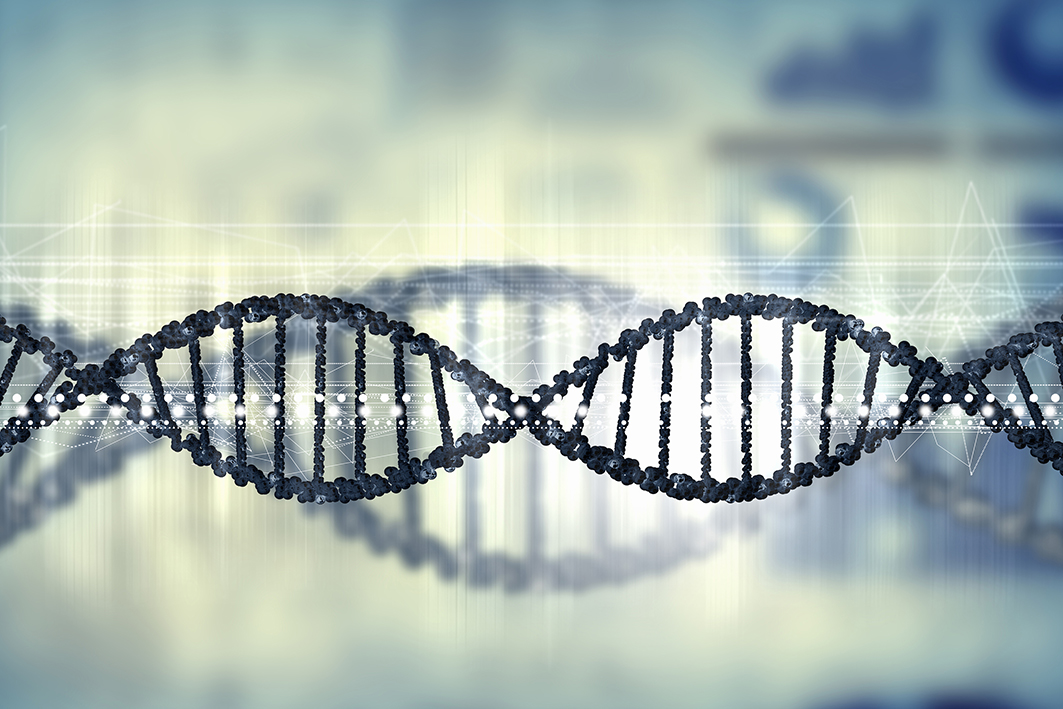 This month my article is about the advantages of DNA testing available through the Ancestry.com family history website

What is DNA? I got a little baffled reading all the scientific informa-tion available, so I turned to the on-line GCSE school material to get a better insight into it. Basically DNA, Deoxyribonucleic acid is contained in our chromosomes, which can be found in the nucleus in most living cells. A gene is the unit of inheritance, and each chromosome may have several thousand genes, which carry the code that determine our physical characteristics, being a combination of both our parents.

The kit (right) includes full instructions, a saliva collection tube, and a prepaid envelope to send it back.

It costs a little under £90 but they do have special offers throughout the year – you do also need to have an Ancestry.com account.

Once the saliva sample has been taken and has been sent away it’s a waiting game – taking up to 8 weeks to get the results back. The ethnicity test covers, 9 regions in Africa; 31 regions in America; 4 regions in Asia; 117 Regions in Europe; 3 Regions in Pacific Islanders; and 4 Regions in West Asia.

According to Ancestry DNA – The Average British Person’s DNA is only 36% British. Using my results, my DNA story is as follows, Ireland/Scotland/Wales 45%; Europe West 40%; Great Britain 10%; Scandinavia 3% and Iberian Peninsula 2%. Europe West covers countries such as France, Belgium and Germany etc. I seem to have failed the Ancestry’s statement of being British! 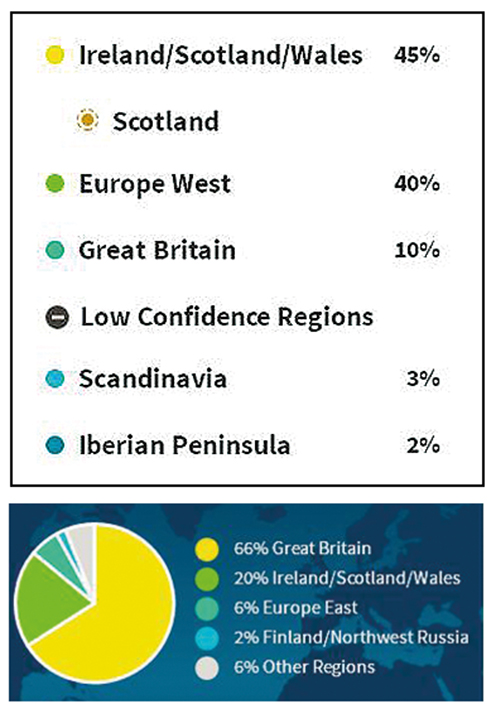 Comparing my results with two other people that I know who undertook the DNA test, Mr John Jones results were Great Britain, Wales, West Midlands and Southern England 64%; Ireland/Scotland/Wales 30%; Europe West 4%; Scandinavia 2% and Europe South 1% and a friend who wants to remain anonymous whose results were far more interesting – Great Britain, Wales & the West Midlands and Southern England 66%; Ireland/Scotland/Wales 20%; Europe East 6%; Finland/Northwest Russia 2%; Europe South 2%; Europe West 2%; Scandinavia 1%; Caucasus 1% and Middle East 1%. Thank you both for allowing me to use your results for this article.

The results are presented in either a tabular or pie chart format, as shown.

What else do the results show from Ancestry? Ancestry will establish all the DNA matches that you may share with other users of the website. I discovered that I have 226 people that I am connected with who are 4th cousins or closer. It can be quite an exciting voyage of discovery ‘meeting’ these new relations.

If anyone is interested in carrying out a test, please get in touch.

The next part of this article could pass as a sub-story of A Tale of Two Cities by Charles Dickens. Two countries and one family! 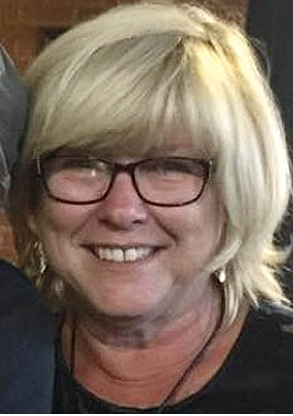 I was contacted by Lorraine Buckland (left) who lives in Canada, who asked about her grandmother Eva A. Buckland’s grave. She died in 1946 and is buried at St. Hillary’s, Killay. At the time of her death the family were living in Gower Road. Lorraine’s father, Dennis Buckland, emigrated to Canada arriving in Nova Scotia in August 1947, his father Alexander A. Buckland emigrated at a later date. A new life beckoned for Dennis who married Maria Gray and had three daughters, Eva, Melody and Lorraine. Grandfather, Alexander was employed from 1949, with Peek Frean (Canada) Ltd.

In 1961, the family came back to Swansea for a holiday and featured in a South Wales Evening Post newspaper article, posing for a photograph at Langland (see pic below left).

Alexander was born in 1895. On the 1901 census he is listed as the youngest child of Alexander and Eliza Jane Buckland, who resided in Swansea. One of his elder sisters was Harriet Laurence Buckland. Harriet was married in 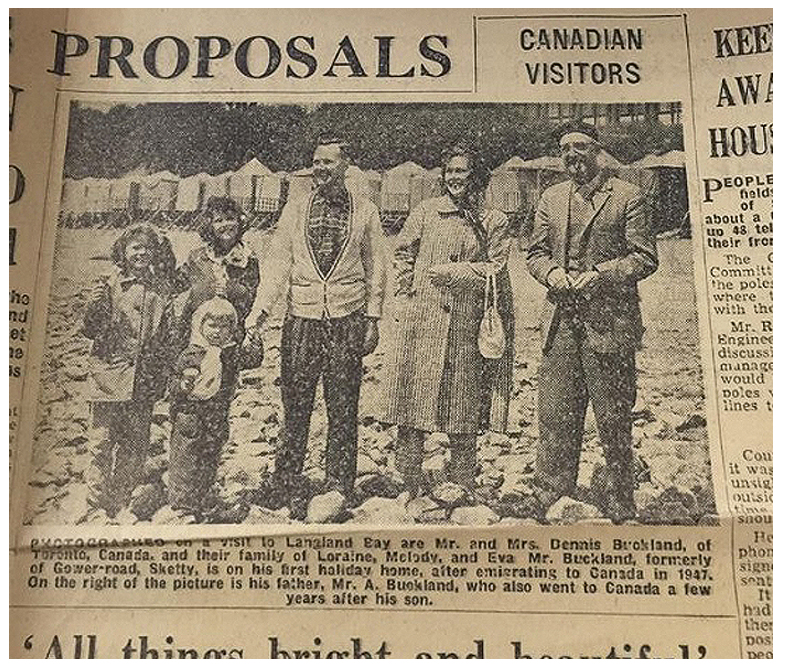 1909 to Albert V Moss; they had three children Samuel, Edward and Violet. It is through Violet’s great grand-daughter Angharad Griffiths that Lorraine is connected to the family. 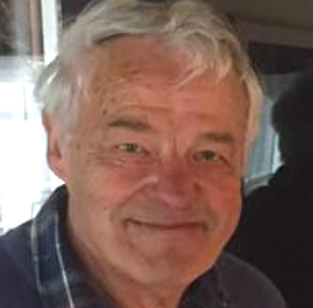 Angharad told me that they knew of the family in Canada, but they had lost touch after the death of Alexander during 1975. It was her father Peter Griffiths (right) who took the DNA test, and as a result they were connected with Lorraine in Canada.

They are now able to share family stories and artefacts that would have been lost or would have meant nothing. This summer after many years apart Lorraine and Angharad will meet for the first time.

I would like to thank both ladies, Lorraine and Angharad who were able to furnish me with information to write this article.

My research over the past few years, has uncovered that 2,388 men from Swansea, were killed during the First World War.

The British Army is broken down into five

Born, Resident and Enlisted at Swansea – 548

and finally Swansea men that fought with Foreign Armies – 28

For further information on the Army look at the footnote[1]. 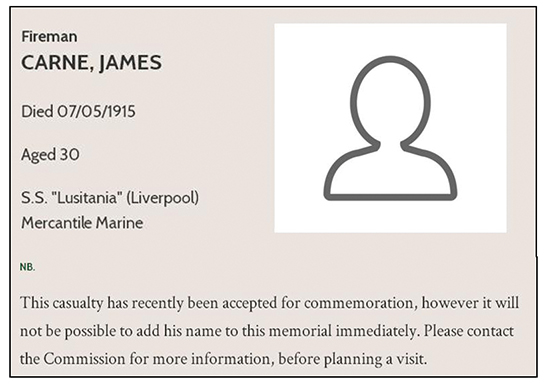 One would think that the final figure would be set in stone, but recently more names of men who perished during the course of the First World War have come to light. Whilst doing some research I stumbled on the name, James Carne, a 30 year old fireman who served with the Mercantile Marines on board S.S. Lusitania, sinking on 7th May 1915, torpedoed by U-20. James came from Swansea, although he lived in Liverpool. Three serving men from Swansea died on the S.S. Lusitania. James’ record card from the Commonwealth War Grave Commission is pictured (above right) , noting the NB. His name will be added on the Addenda Panel, Tower Hill Memorial, London.

I was informed by the Commonwealth War Grave Commission (CWGC) that information concerning the men’s details came from the In From The Cold Project.

The In From The Cold Project, which was established in 2001, painstakingly search records of those men who do not appear on the CWGC records. A case is submitted with various pieces of documentation including a death certificate and is sent to the CWGC; then it is a waiting game of anything from 6 months to 2 years for a case to be determined by the relevant departments.

Some of the Swansea men who are still yet to be remembered include Tudor Emlyn Jones who is buried at Cwmgelly Cemetery, Samuel Brooks buried at Danygraig Cemetery, Stanley Griffiths, Thomas William George and George Henry Downer. If anyone recognises these names, do get in touch.

Charles is a researcher and family historian. If you have a question regarding your family history that you’d like to put to Charles, he can be contacted at: swanseafamilyhistory@yahoo.co.uk he’d be delighted to hear from you…