Sometimes, books arrive on my desk which, despite not fulfilling the Bay genre of contemporary literary fiction, are of such universal interest and beauty that they absolutely must be shared with our discerning readers.

Fittingly, the three books in question are all about type, that component of the printed page that is so crucial to establishing a product character and identity for publisher, printer and designer alike.

These three magnificent histories of type would grace any coffee-table while presenting a mine of information on the subject that would please the most curious of browsers. 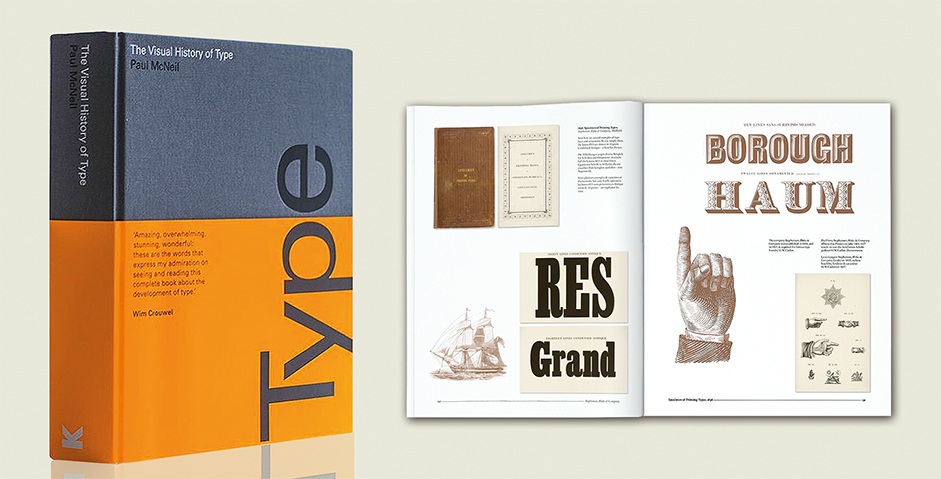 The Visual History of Type by Paul McNeil (Laurence King £60.00). Telling the story of type in hundreds of fascinating mini-chapters, from 1450 to the present, this majestic volume illustrates every typeface used during the last five and a half centuries of printing history.

Equally sumptuous is the elegant FUTURA The Typeface edited by Eisele, Ludwig and Naegele (Laurence King £45.00). This beautiful book traces the 90 year history of the most popular typeface of all type, the simple clean and geometric Futura, beloved of art directors across the world. Originating in the era of the Bauhaus movement, Futura was ‘the first font on the moon’: now this lovely volume is a celebration of a timeless typeface, enriched by archive illustrations and expert essays by renowned design writers. 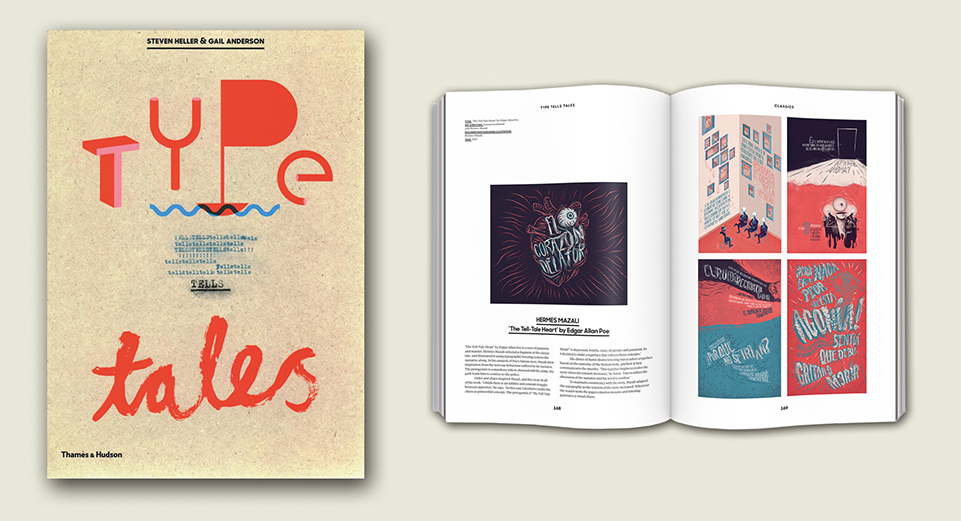 The most informative and distinctive of the three is Type Tells Tales edited by Steven Heller and Gail Anderson (Thames and Hudson £ 24.95), another splendid volume that explores a hundred years of the development of type, following the age-old industry precept that legibility should never be sacrificed to design. Each example is introduced and illustrated in lavish detail.

These large and lovely tomes are as difficult to put down as they are to pick up—-to be enjoyed by booklovers everywhere. 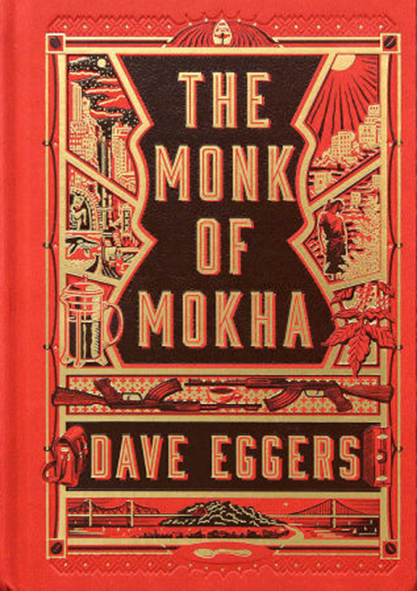 The Monk of Mokha by Dave Eggers (Hamish Hamilton £18.99)

American novelist Dave Eggers’ new book The Monk of Mokha is a paean to the potable, a celebration of the mystique of coffee, the elixir of urban life worldwide.

The original legendary monk of Mokha was a Sufi holy man called Ali Ibn Omar al-Shadhili who lived in the Yemeni port of Mocha and used the beverage in religious ceremonies.

Eggers’ protagonist, his modern-day monk of Mokha is young Mokhtar Alkhanshali, a Yemeni immigrant eking a living doing an assortment of menial jobs in San Francisco—till his imagination is gripped by his discovery that historically, coffee originated in his home country. His interest turns into an obsession and as his researches go deeper, he finds that the cultivation of coffee in Yemen has been neglected in favour of the farming of an addictive narcotic leaf called ‘qat’. Mokhtar not only finds a new life-purpose in seeking to revive the commodity in Yemen; his crusade gives him a sense of identity and an understanding of his roots.

But are Yemen’s coffee-growers ready for Mokhtar’s altruistic ministrations? Will they respond to his plans for modern quality control and the need for standardisation? Will the world get the opportunity to give Yemeni coffee the appreciation it is due?

Or will the whole project collapse in the shadow of violent civil war?

Dave Eggers’ previous novels reviewed in this column have demonstrated that he is an expert on doing business in the Middle East and knowledgeable about the intricacies of dealing with various strata of today’s Arab society. As ever, Eggers delivers an intriguing narrative, infinitely informative, thoroughly researched, and full of revelatory interest—-written in a style charged with élan and vitality. 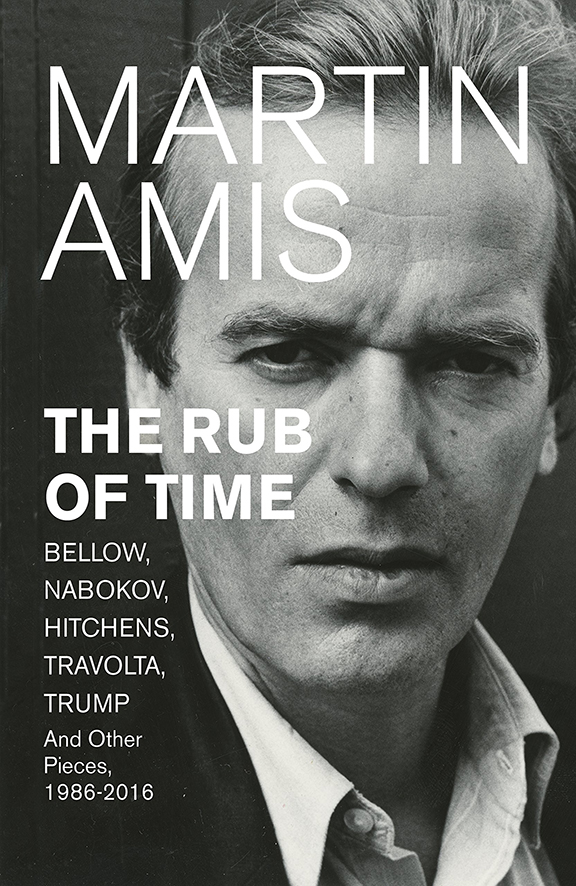 In this column, we have often marked Martin Amis’ excellence as a novelist: His new book, The Rub Of Time, is a collection of his equally distinguished essays and articles on prominent literary and cultural personalities and issues of our time. Amis’ genius for acute analyses and balanced judgement lends a characteristic polish to the pieces in this collection, ranging from his literary assessments of Vladimir Nabokov, Saul Bellow and Philip Larkin, to articulate musings on sports, politics and the players thereof.

The essential soundness of Martin Amis’ life-view is demonstrated by his declaration in an early chapter that Nobel Laureate Saul Bellow is the more powerful writer when compared to Henry James; Amis uses telling quotations from both writers’ works to illustrate a potent point. I would certainly agree that Bellow also towers over other American contemporaries, including Philip Roth and John Updike.

Look out for Amis’ poignant chapter on Iris Murdoch’s descent into dementia, a sensitive and delicate chronicle of the life of one of our most significant women writers.

Local readers will be thrilled to find several references to the Amis home (when Amis pere taught at Swansea University) in Glanmor Road in the Uplands, especially in the chapter ‘Literature 1’ describing the frequent visits of poet Philip Larkin as a house-guest.

Martin Amis’ collection of essays is an impressive modern addition to the august ranks of British essayists. Move over Hazlitt. Make way Belloc. Amis joins Umberto Eco and Italo Calvino as a powerful voice of the global zeitgeist. 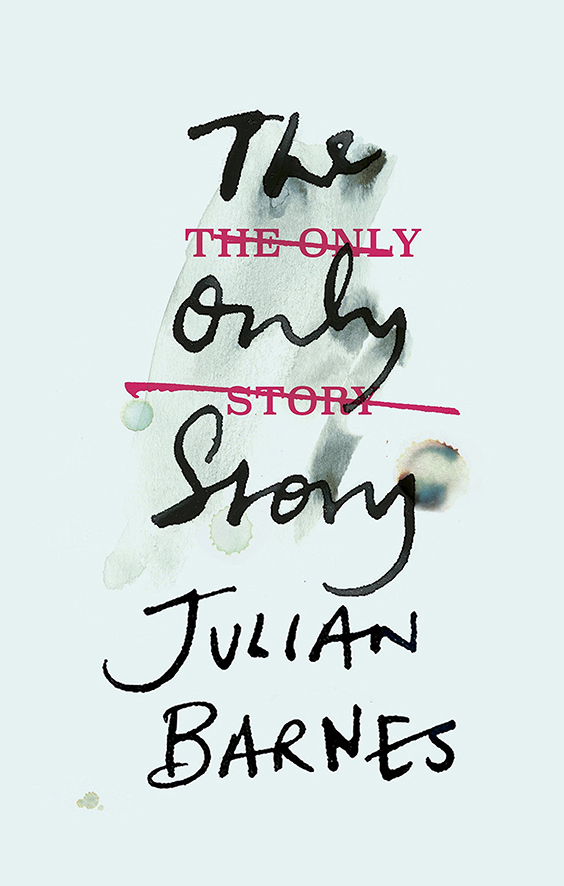 The Only Story by Julian Barnes (Jonathan Cape £16.99)

Julian Barnes is easily among the top ten of contemporary English writers, admired for the perfection of his prose and the sharp observations on social situations in suburbia that form the subject of so much of his fiction.

In his new novel The Only Story, a classic Bildungsroman, he examines an adulterous May/December relationship in deepest tennis-club territory set in the stock-broker belt of leafy English village-land.

In this affluent village, our protagonist Paul is a nineteen-year-old university student spending his holidays with his parents. At the local tennis club, he meets and falls in love with Susan, a local wife and mother in her late forties. The first stages of this tumultuous affair are described with Barnes’ characteristic detachment, a gentle humour and a dash of irony, perhaps one of his finest portrayals of new love.

It is not difficult to guess at the denouement as the path of the affair winds through youthful illusions and middle-aged disillusionment.

Once again Barnes maintains his position as one of the most sophisticated stylists in the English language. 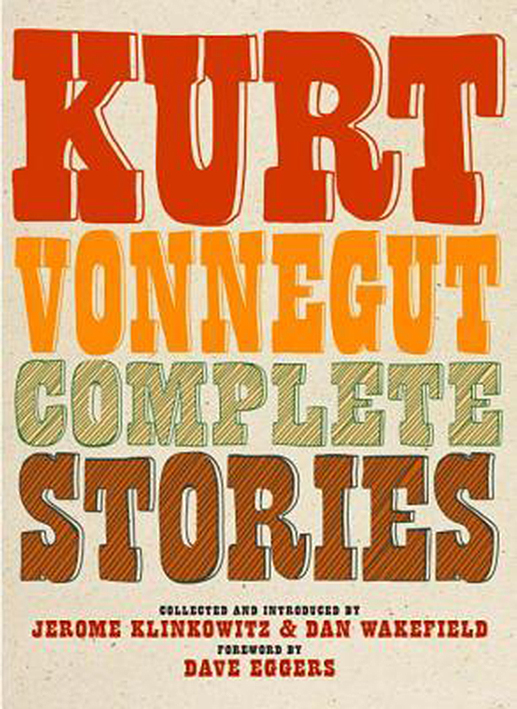 The late Kurt Vonnegut Jr, (1922-2007), was one of the first contemporary literary writers recommended to me at a tender age, and I have been hooked ever since by his acid commentary on the failings of society in post-war America.

With his mordant criticisms of American politics, culture and society, particularly with his world-famous satirical novels Breakfast of Champions, Slaughterhouse 5 and Cat’s Cradle, Kurt Vonnegut dominated the 20th century English speaking literary world for decades. He is famous for the strength of his language and his powerful individual style.

He frequently interspersed his text with little drawings and sometimes wrote an entire chapter consisting of a single sentence.

Vonnegut constantly demonstrated that he was the master of the form by inventing new structures and refusing to entertain the mediocrities of style and plot in standard prose formats—especially so in his futuristic science fiction which warned of looming ecological disaster in the nineteen sixties, well ahead of the environmental lobbies.

Vonnegut was a prolific writer, with short stories comprising 50% of his output. The Complete Stories is a treasure house of creativity, a celebration of his literary status as the voice of the twentieth-century counterculture.