This is the sort of film that nightmares are made of, but if Emlyn is right, it is a worth-while watch.

Another “based on a true story” film, Adrift continues director Baltasar Kormakur’s apparent penchant for put-ting horrifying natural disasters on screen after his previous film Everest, this time taking on a massive hurricane in the Pacific and the consequences thereof. Tami and Richard are both wanderers who meet in Tahiti, and find themselves hired to sail a gorgeous ship back across the ocean to California. But en route, the aforementioned hurricane bears down on them, badly damaging the boat and badly injuring Richard, leaving Tami to try and get them to shore before they die of starvation, exposure, or any number of other hazards. 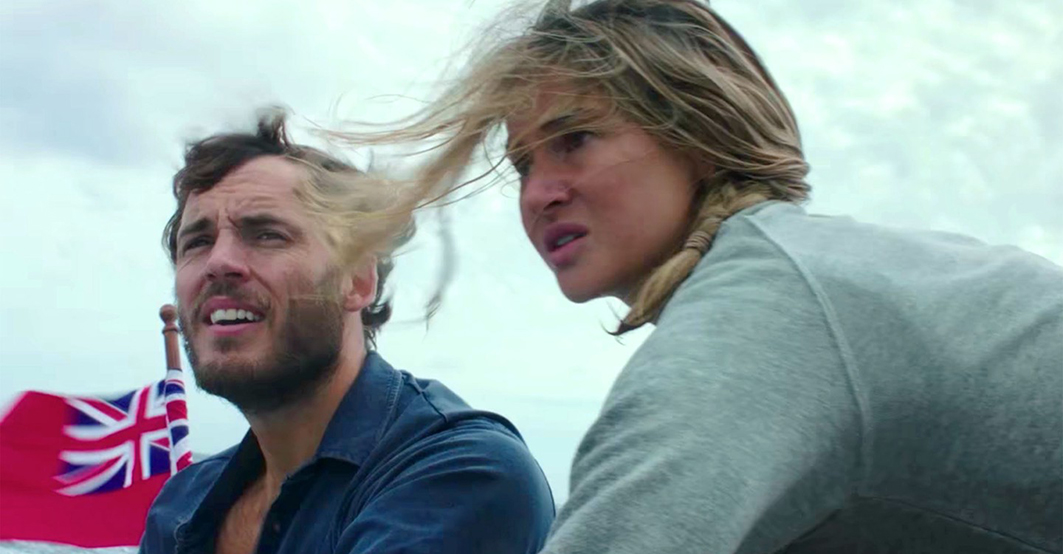 When as much of the film depends almost entirely on the interactions of two people as it does here, you need the right actors and, fortunately, Shailene Woodley and Sam Claflin are more than up to the task. The bulk of the dramatic heavy lifting falls to Woodley given the fact that Richard spends a big chunk of the film incapacitated, and she’s given the chance to shine that she deserves after the implosion of the Divergent franchise. She’s determined to the point of obsession when it comes to finding a way home, but also a relative rookie at sailing even when the ship isn’t broken, and she’s frequently terrified and overwhelmed as a result. Claflin, perhaps inevitably, isn’t given as much to work with as he was in Journey’s End (comfortably his best performance to date), but he’s still a thoroughly charming presence particularly in the pre-disaster scenes where he’s really allowed to show off his charisma.

And structurally, that’s one of the tricks here, with the film starting after the ship’s already been wrecked and frequently flashing back to show how Tami and Richard met, fell for each other and found themselves in this situation in the first place. It’s undeniably a good idea to kick off in medias res to immediately grab the audience’s interest, but the constant cutting back and forth does run the risk of getting wearisome after a while; you just wish the movie would settle down and focus on one time frame or the other.

Fortunately, there does ultimately turn out to be a very good reason for telling the story in this manner, particularly when it comes to how exactly the wreck of their ship actually occurred and what really happened. There’s an extremely clever moment towards the end that simply wouldn’t work without this particular structure, and while it is a bit heavy-handed when it comes to making sure we’ve grasped the point, it’s a very neat trick all the same. 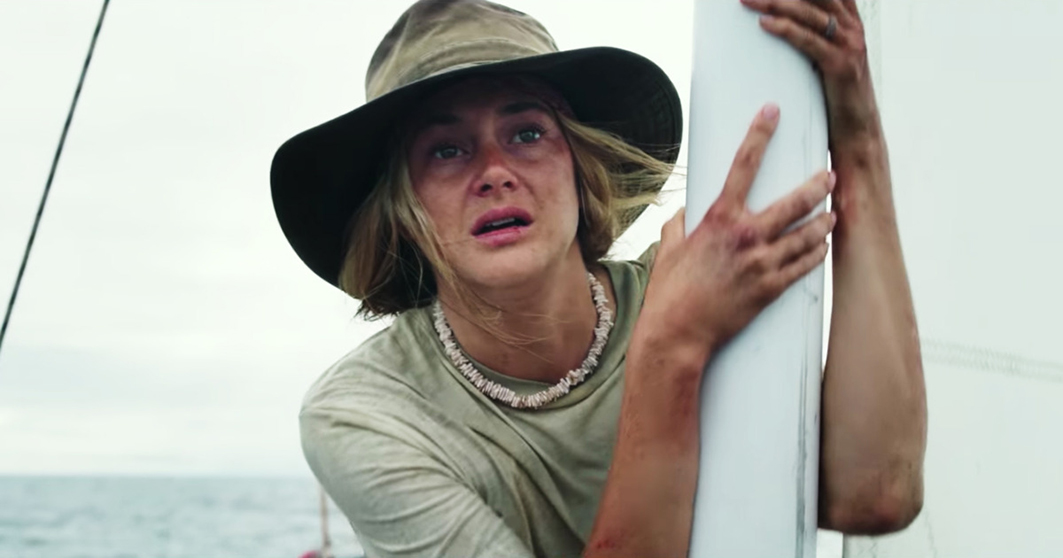 It’s a great-looking film as well, shot largely on location and on an actual boat rather than in a studio’s water tank, lending a lot of credibility to what’s unfolding on screen and making the characters’ plight that much more believable. The hurricane itself, which we don’t actually see until quite late in the film (a shrewd move, actually, withholding the most dramatic scene until near the end despite it happening chronologically in the middle of the film) is genuinely thrilling stuff – and while the building-sized waves that swamp them doubtless weren’t real, the digital effects are skillfully and sparingly used so that the film never loses that precious feeling of tangibility.

Adrift isn’t going to change your life by any means, but it’s a solid, thoroughly entertaining survival thriller with plenty of drama and sparkling chemistry between its two very appealing leads. It’s the kind of sensibly budgeted, star-driven, mid-scale film that’s getting increasingly rare in a film landscape dominated by massive blockbusters and plucky indies, and we could certainly do with a few more of those these days. It’s absolutely worth your time.