Last year Liz travelled to Southern Spain to explore the towns of Andalucia. We covered Seville in our February issue and this month we visit Ronda

Ronda is one of Spain’s most ancient towns, perched on top of a deep gorge like an eagle’s nest, in the Serrania de Ronda mountain range in the province of Malaga, a setting so dramatic that on first sight it takes your breath away. As does the Puente Nuevo, ‘new bridge’ which spans the El Tajo gorge, an 18th century architectural feat, that took over 40 years to complete. It’s made up of a series of stone arches, the largest housing a chamber which at one time was used as a prison. It links the modern 15th century new town of pedestrianized shopping streets and hotels to the cobbled streets of the old town known as La Ciudad; home to grand mansions, churches and hidden squares.

Another of the town’s famous landmarks is Plaza de Toros, Ronda’s Bullring which is one of the oldest in Spain and credited as the birthplace of modern bullfighting. In the 18th century, legendary bullfighter Pedro Romero (1754-1839) moved from horseback bullfighting and initiated a style of bullfighting where matadors stood their ground against the bull on foot. 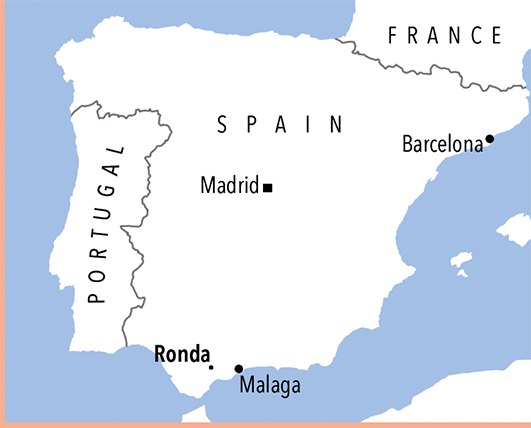 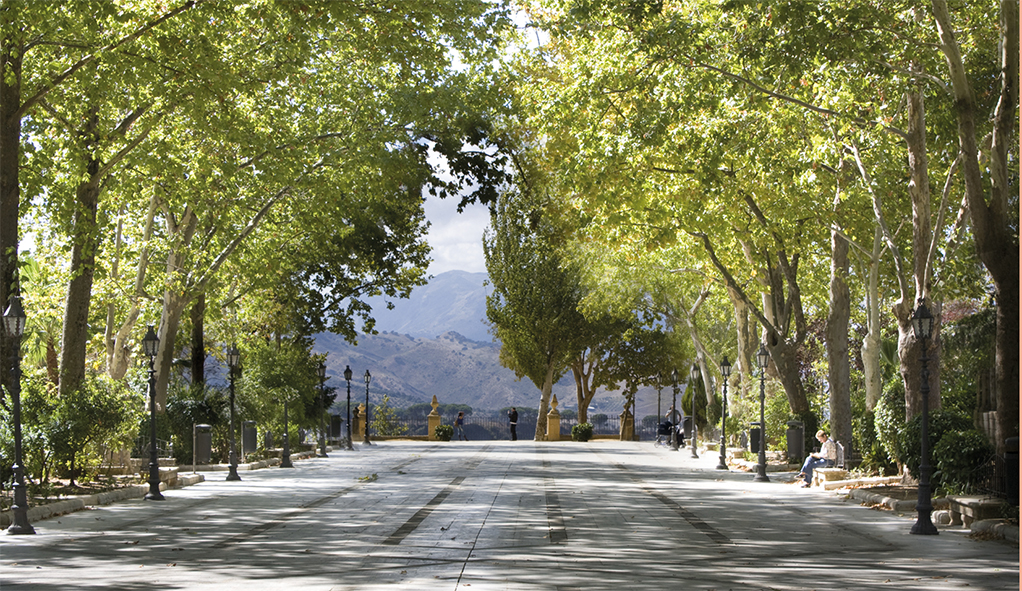 Bullfighting was a passion of Orson Welles and it was in Ronda thirty years ago his ashes were interred on the estate of his friend and Matador Antonio Ordonez. It’s a pastime shared with Ernest Hemingway who wrote in his 1932 book Death in the Afternoon “There is one town that would be better to see your first bullfight in if you were only going to see one and that is Ronda.” The town’s two famous visitors are remembered to this day, walkways bearing their names. Paseos de Ernest Hemingway and Paseos de Orson Welles command amazing views over the surrounding countryside.

Alameda del Tajo Park located adjacent to the Bullring, is a wonderful place to find respite from the heat beneath the shade of 200 year old trees, a place where during the day local crafts people set up stalls to sell their wares. Paved walkways lead to the cliff top and if you have a head for heights you can peer over the iron railings into the depths of the 120 metre deep chasm below through which the Río Guadalevín flows. The views beyond the escarpment are spectacular, clusters of farm houses that appear minuscule viewed from this elevation are dotted throughout the sun bleached valley, a vast expanse of land that extends to the foothills of the mountains. It’s the perfect, natural backdrop to pose in front of for that holiday photograph or selfie. 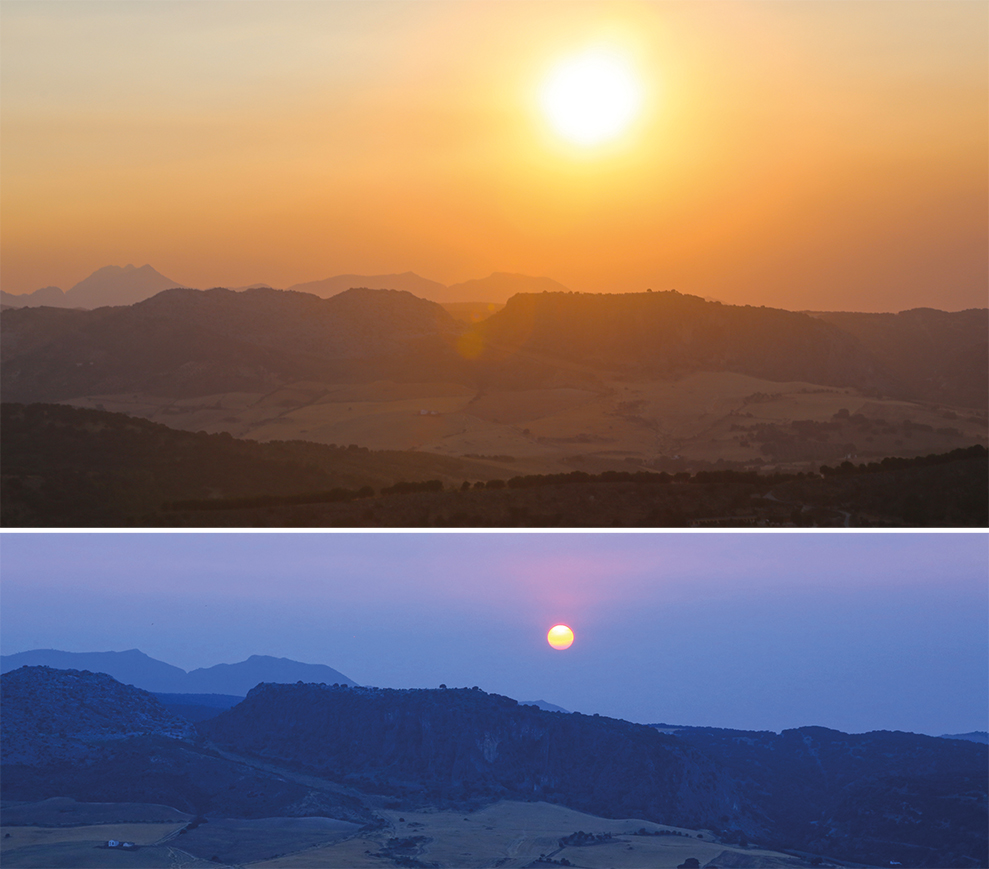 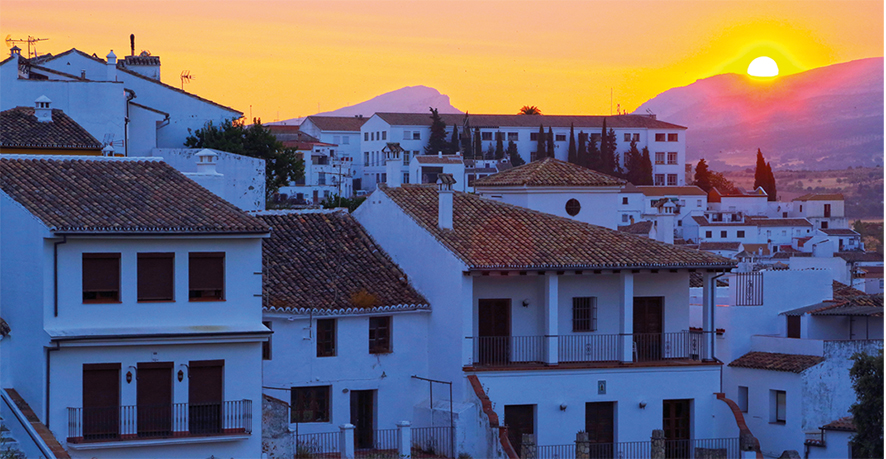 As the fierce heat of a summer’s day subsides, families begin their evening “paseo” (walk) a tradition where they meet up with friends, chat and take some exercise. It’s here people gather to watch the sunset. I sat alongside many others, our gaze drawn to the distant mountain peaks just as the pale evening sky became transformed; shot through with ribbons of colour as the sun began its descent, bathing the landscape in hues of pink and mauve. Mother Nature rarely disappoints. The same can be said for Ronda, a special place full of history, in a magnificent mountain setting in the heart of Andalucia.

Driving time under 2 hours from Malaga