LOCAL VETERAN’S ROUND UK COASTLINE TREK FOR SSAFA – SO WHERE IS HE NOW?

In August 2017 military veteran, Chris Lewis from Killay, began walking all around the coast of the UK to raise money for SSAFA, the Armed Forces charity.

Chris’ adventure started on Llangennith, where he headed north towards Scotland. Since then, Chris has battled through the beast from the east, acquired a four-legged companion named Jet, discovered a message in a bottle washed up on the shores of Portlogan and delivered it back to its owner in Belfast, and has undergone a nerve-wracking trek through the wilderness of the Isle of Islay with a badly sprained ankle.

Chris embarked on his journey with no money, hoping to rely only on the goodwill of the public and local businesses to supply him with food, water, accommodation and the equipment he needs for each leg of his journey – and he hasn’t been disappointed! So far, the goodwill of the public has seen Chris fed, watered, sheltered and supported through every inch of his trek. 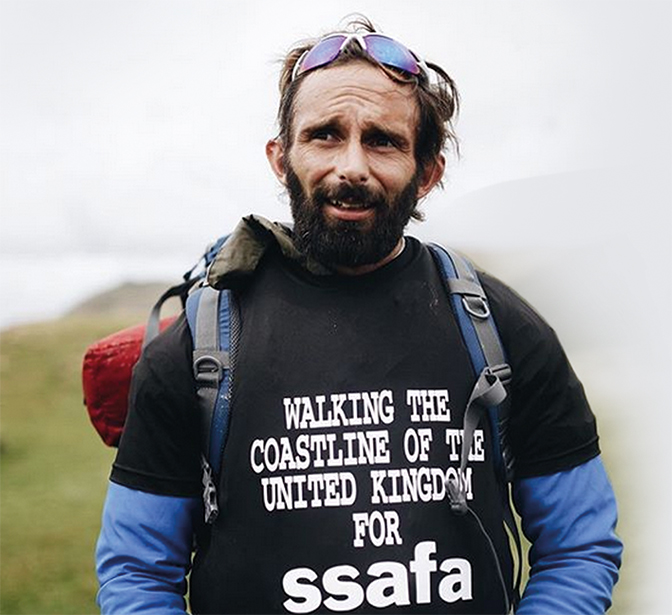 Chris says, “I have been truly overwhelmed by the amount of people that have gone out of their way to help me on this incredible, but sometimes very isolating, journey. My Facebook page ‘Chris Walks the UK’ has become a community of support for myself and Jet, my dog, and I couldn’t be more humbled by the backing we seem to have gained.

“Everywhere I go I’m offered beds, hot meals, food for Jet, baths, equipment, endless cups of tea and I’m never short of a drink in the pub! Nearly everyone I meet is keen to lend an ear to learn about this expedition of mine and how they can support me by supporting SSAFA. I can assure you, there is a lot of good left in the world!”

Chris felt inspired to carry out this challenge on behalf of SSAFA, after being supported by the charity after leaving the Armed Forces. Having previously served as part of the 2nd Battalion Parachute regiment, Chris suffered some challenging times since returning to civilian life.

Chris was not equipped with life skills, many take for granted, like being a single parent and looking after his teenage daughter. He and his daughter found themselves homeless. 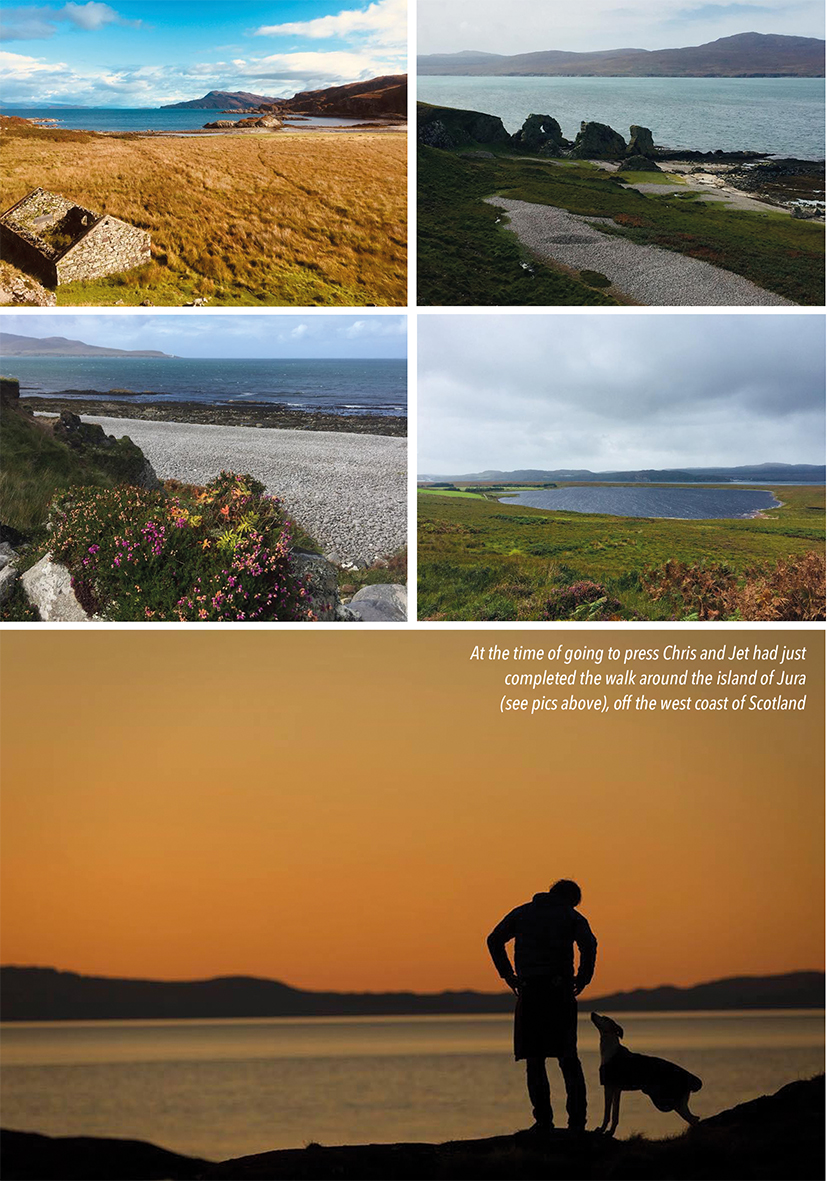 Talking about his experience leaving the forces, Chris says, “I was just pretty lost, I didn’t know where to turn. The Army doesn’t teach you those little life skills for example, dealing with bills, letters, debt; it’s hard to do. When we became homeless I made contact with SSAFA and they helped me through it.

If it hadn’t been for SSAFA I would have been in big trouble. I don’t know where we would be, whether or not social services would have taken her away, not because of my parenting, but the situation we were in. It wasn’t a good one.”

Last year Chris’ daughter finished school and moved to attend a college in Bournemouth, where she is staying with family. This gave Chris the opportunity to do what he loves and challenge himself to an outdoor physically intense task and give back to those who have helped him along the way.

“Chris’s personal story –and the reason he undertook this amazing venture – is extremely poignant, and his journey hugely inspiring. Come snow, wind, rain or shine, Chris has persevered on his personal quest to walk the entire length of the British coastline – some 14,000 km.

“We are extremely grateful for all Chris is doing to raise money for SSAFA, the Armed Forces charity, and raise awareness of the vital support we provide for serving personnel, veterans and families of all three services. The money he raises will go to help others who, like Chris, may have struggled to easily fit back into civilian life.

“Chris has been greeted by well-wishers every step of the way, and I would encourage anyone who meets him on his mammoth fundraising challenge to cheer him on to the finish line.”

To support Chris in his incredible fundraising challenge, visit www.chriswalks.com