ARE YOU HAVING A LAUGH? 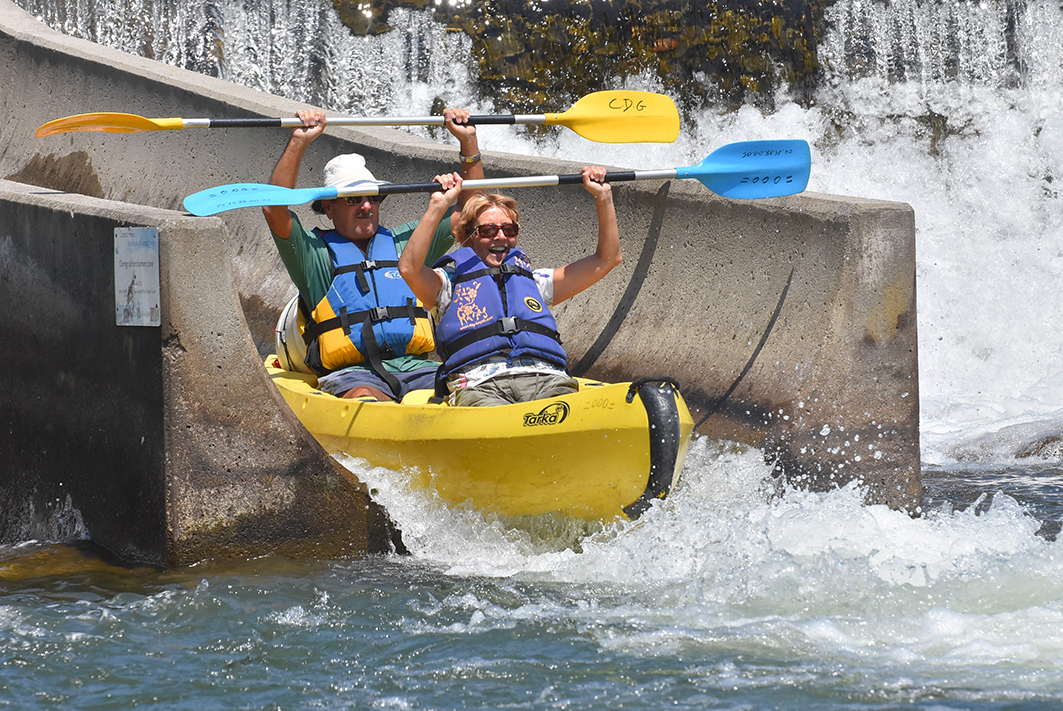 Laughter, they say is the best medicine – Laugh and the world laughs with you. Liz Hinds certainly thinks that laughter is important, and the ability to laugh at herself is a must – especially when kayaking is involved.

Husband shook his head despairingly. ‘I don’t know where you’d be without me!’ he said. ‘I wouldn’t be in this flipping kayak, that’s for sure’, I replied.

In the last issue of Bay I described how our first honeymoon almost ended our marriage. From where I was sitting – on a kayak in the middle of the Ardeche river in France – it was looking as if the second one was going the same way.

After booking us in, the receptionist asked if we were planning to take a kayaking trip. I laughed but stopped abruptly when Husband said, ‘Oh yes. We just have to decide whether to do the 7, 12 or 24 kilometre one.’

My mouth dropped. Kayaking? When had he planned this? I didn’t recall signing up for anything that involved perching uncomfortably on a bit of plastic while getting wet and tired. I still remembered the last time we went on a river …

There are two things Husband and I shouldn’t do together: one is ballroom dancing; the other is kayaking.

When it comes to ballroom dancing I maintain, in spite of Husband’s protestations, that we both make mistakes; kayaking is another story. The fault is all mine. I am incapable of keeping to a straight course.

Whatever I do – and I’ve tried everything – I veer to the right. Which is fine if we wanted to go around in a circle. It’s not so good if you want to get anywhere. Especially twelve kilometres of anywhere – which was what had been selected.

Husband did much shouting and grumbling and I spent a lot of time sulking and refusing to paddle. ‘If I’m not doing it right, what’s the point?!’

But strangely enough the photos taken by professionals set up along the bank near rapids and slides all show me grinning like I’m enjoying myself. ‘I was posing, I knew they were there,’ I said when Husband waved the proof in my face. I wasn’t going to acknowledge that it might have been just a little bit fun.

But, if it hadn’t been fun I wouldn’t be writing this now. If I – or we – hadn’t been able to laugh in that situation this article might have been very different. For instance if either one of us were like Sheldon in The Big Bang Theory. Sheldon doesn’t get humour. He could explain it to you, tell you what makes you find something amusing or causes you tolaugh, but he doesn’t experience it himself. It doesn’t bother him and he doesn’t need it in his life. 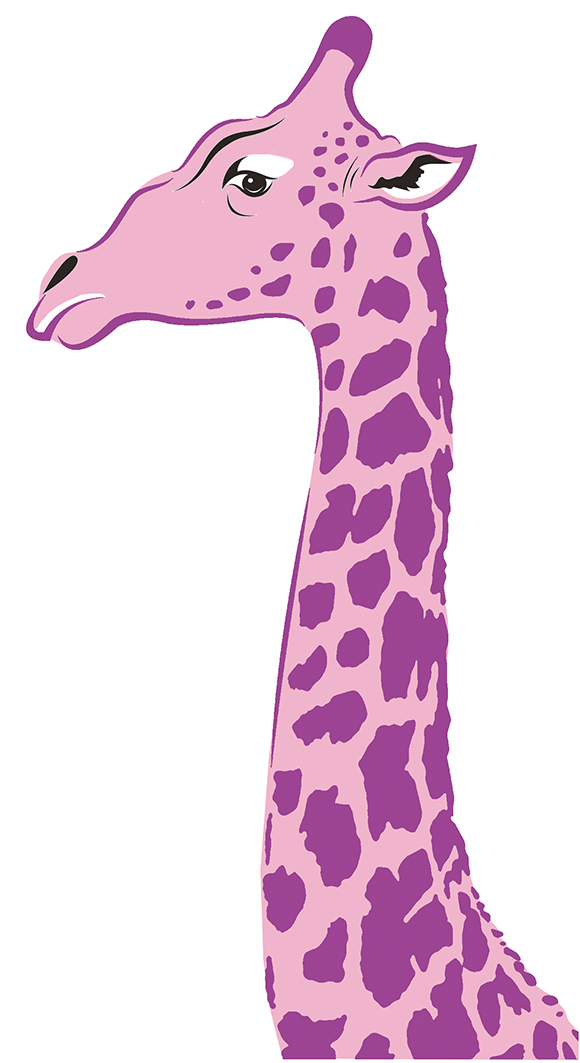 Margo in The Good Life is another one. In a Christmas special she confesses, quite weepily, to Tom that she’s never understood it. But she sees it and, unlike Sheldon, she’s envious of those who experience it.

If I couldn’t laugh at my ineptitude – and at myself generally – I’d be in a sorry place. It’s only laughter that enables me to shake off each day’s bloopers and say, ‘Whoops!’

Which makes me wonder: do you think God ever laughs? The bible tells us that Jesus wept but it doesn’t say ‘Jesus sat down and had a jolly good chortle.’ Admittedly he didn’t have an awful lot to laugh about much of the time – mixing with sick people, getting cross with those in charge, threatened with death and so on. But we are made in God’s image so if we have a sense of humour he must and, indeed, there are times in the gospels when you can imagine Jesus shaking his head and laughing affectionately at the silliness of his friends.

And I bet God would be brilliant at telling funny stories. Imagine sitting down with him in a comfy chair, in front of a roaring fire, a glass of excellent wine in his hand and he begins, ‘Now did I ever tell you about when I made the giraffe?’ At this point he bursts into a huge guffawing belly laugh. ‘I originally planned to make him pink with purple spots …’ He pauses and looks at the stunned faces of his audience. ‘No, I’m joking.’ He roars again. ‘Now that would have been silly!’

I kind of like this image of God. Much better than the one of an angry God who is only waiting to punish us. That picture, which so many people associate with him, is so far from the truth of the loving and forgiving God that Jesus talks about. Can you imagine Jesus attracting huge crowds, willing to go all day without food, if his talks had been boring and full of anger?

Now did I tell you the one about the teacher, the lawyer and the doctor?