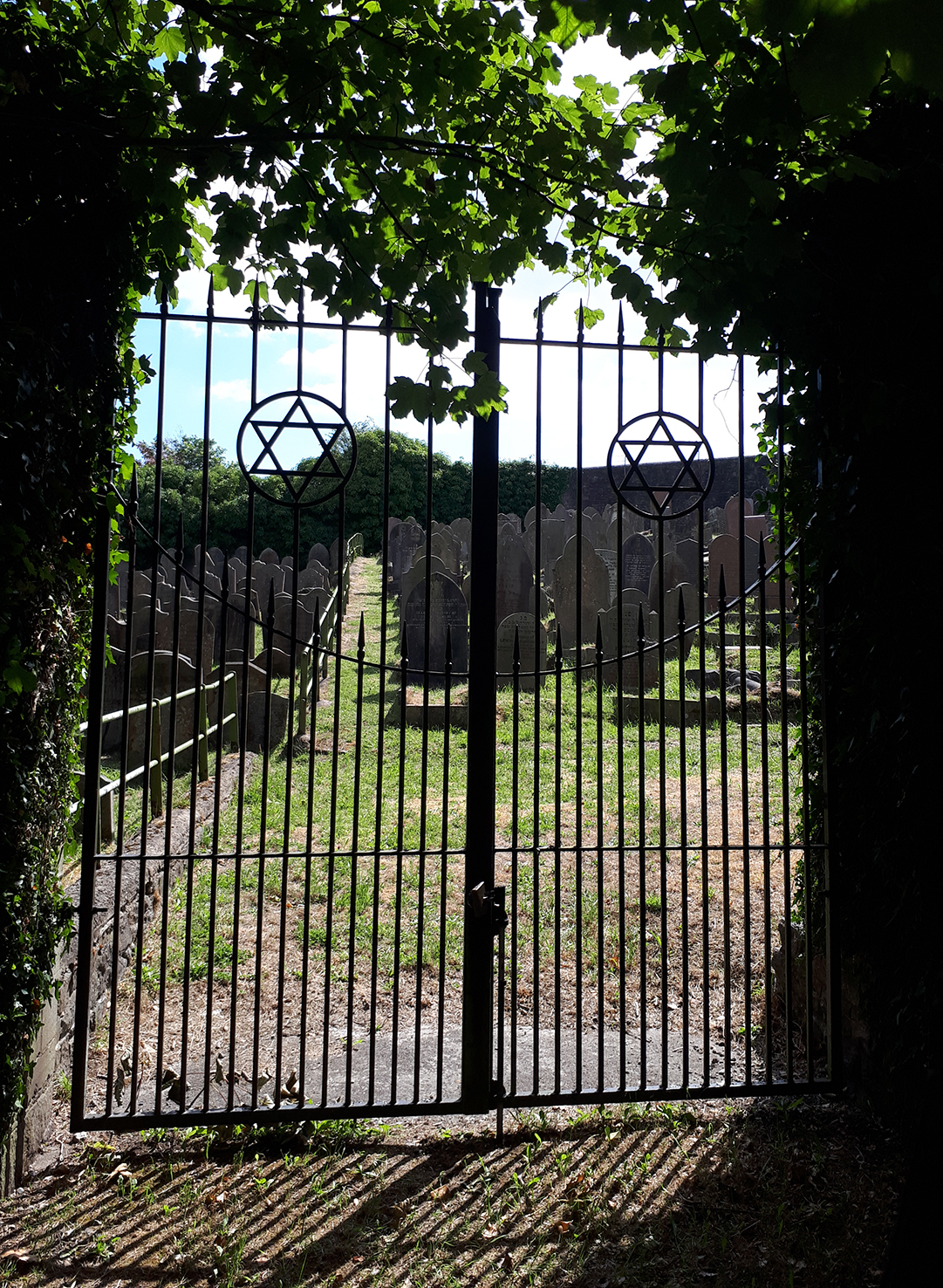 In October 2016, I wrote an article entitled Exploring Swansea’s Graveyards. In the piece, I revealed that “The oldest Jewish cemetery in Wales was opened in 1768 and by 1965 was practically full. The ‘new’ cemetery was opened in 1962, and located in Oystermouth Cemetery”. It is here, in the old cemetery, located off North Hill Road, Mount Pleasant, that Mr Michael Howard, MP, QC’s father, Bernat Hecht is buried.

This 2016 article referring to information about the Jewish Cemetery, was read with interest by Canadian reader, Susan Boulanger, who contacted me via email, with regard to a distant relative, Levi Michael, who she thought was buried at this ceme-tery. The question was to find out who Levi was?

My research, and using information provided by Susan, makes for interesting reading. Swansea has the distinction of being the “home” to the oldest Jewish community in Wales, dating from the 1730s. During this period there were a few unrelated Jews living in Swansea, though why they came here is unclear. One of the first births of the Jewish faith in Swansea was Lazarus David, in 1734. He emigrated to Canada during the 1760s, where he became one of the founders of the Canadian Jewish Community.

Back in Swansea, the number of Jews was still very small. However during 1749, David Michael an early pioneer arrived. Michael was born in 1727, in Germany. It is from Michael that Susan descends. Also arriving from the Continent were Mr Cohen and Mr Joseph. The fledgling community flourished and Michael established himself as a silversmith. 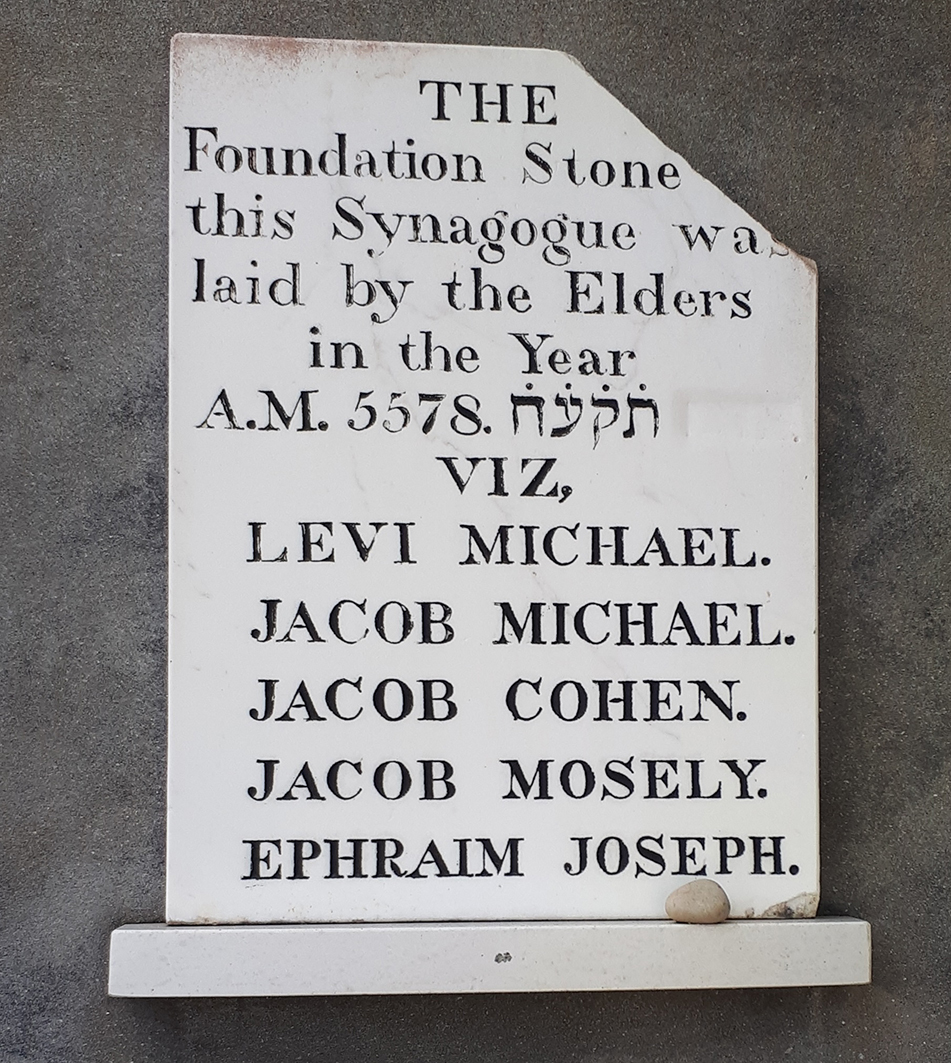 In 1768, he took out a 99 year lease on a 30 yards by 15 yards plot of land, located at Town Hill. The annual rent was 10 shillings and he proposed to use it as a burial ground. The plot was enclosed by a 8 feet high and 20 inch thick stone wall.

Michael’s next step was to establish the first synagogue, which was in a back room of his house in Wind Street. The room could accommodate 30 to 40 people! This room was used for about 30 years, when in 1818 a further 99 year lease was taken out on a piece of land along Waterloo Road, where the first proper synagogue was built. Sadly, the building was destroyed during the bombing of Swansea during the Second World War. However, the plaque which mentions the names of the five members (pic left) who laid the Foundation Stone can be found at Oystermouth Jewish Cemetery, to which I will return later. Two of the names of the five are Levi and his brother Jacob Michael. 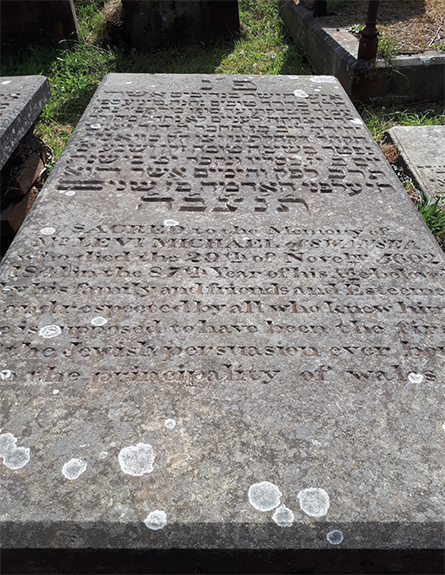 The entry in the 1830 Pigott Trade Directory lists Levi as a Silversmith & Jeweller, in Wind Street and Jacob as a Pawnbroker, also in Wind Street. By 1841, Levi had died. An article in the Cambrian describes Levi as the oldest resident in Swansea, aged 87. He was buried at the ‘old’ Jewish Cemetery and his headstone (pic right) states that he was the first Jew to be born in Wales.

What about Lazarus David?

Here I take up the lead from Susan. Levi’s son, Jacob, moved away to London where he was a solicitor. He married twice, and both the marriages were performed in Anglican Churches. 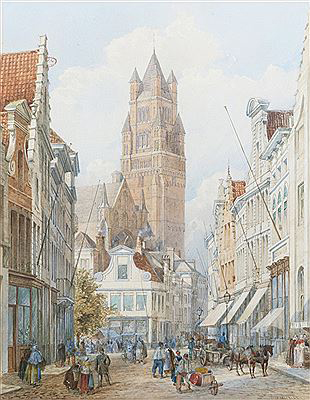 Jacob’s son, Lemon Hart Michael, an Artist/Architect (example left – credit: askart.com), has by the time of the 1881 Census moved to Guernsey, re-siding at St. Peter’s Port, and his son, Henry Lemon, marries Emily May Carre, Susan’s Great Grand-mother. Florence Michael, Susan’s Grandmother, was still living in Guernsey after her father returned to London, married Thomas Maindonald and they emigrated to Canada during 1921. 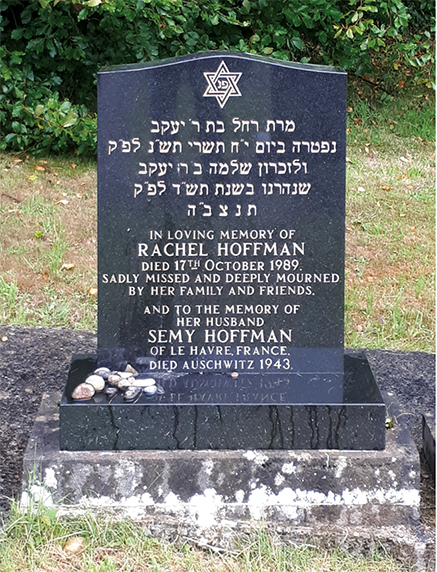 Another of Levi’s sons, Francis David Michael was a founder of the Swansea Savings Bank in 1816. Michael John Michael son of Jacob, was a successful flour and grain merchant, who was an elected Alderman in the Swansea Corporation, and elected Mayor in 1848 and made JP in 1849. During that autumn of ’49 he played an important part in fighting the cholera outbreak in Swansea.

Today, the Swansea Jewish community only numbers about 40. One of this community, Mrs Norma Glass told me about her late husband, Mr Martin Glass J.P.’s aunt, Rachel Hoffman. On fleeing war-torn Europe at the outbreak of the Second World War she came to the United Kingdom. Sadly, her husband, Semy Hoffman, who was serving in the French Army was captured by the Germans and sent off to Auschwitz Concentration Camp, Poland. He is remembered on his wife’s headstone (pic right), located at Oystermouth Jewish Cemetery.

I was saddened to hear of the death of Charles Thomas, ex-Mayor of Swansea. I met Charles last November at the Remembrance Service at the Swansea Cenotaph. After the service we spoke, and he told me of two things that he thought he might be the last living person to have known about. Firstly, about the mysterious French submarine, Creole, that arrived under the cover of darkness to Swansea Docks from La Pallice during June 1940, and disappeared within 24 hours. Also about PLUTO (Pipe-Lines Under The Ocean). A 45 mile length of pipeline laid across the Bristol Channel, in December 1942, one end here in Queen’s Dock, Swansea and the other at Watermouth near Ilfracombe, Devon. The task was carried out by the cable laying ship London, under the command of Commander Treby-Heale. 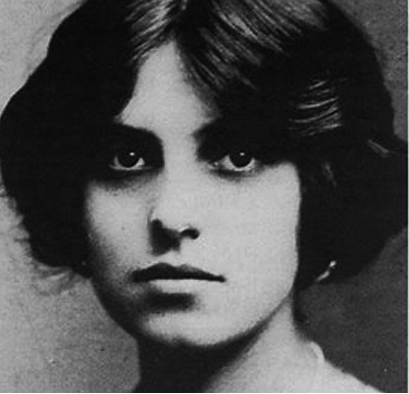 Owen (left), was born at 68 Park Street, Treforest in 1891, the daughter of amateur musicians and drapers. At the age of 16 she began to study piano, and by 1909 she published a hymn tune entitled “Morfydd”. Owen won a scholarship to study at University College, Cardiff, graduating in 1912.

Moving to London to study at the Royal Academy of Music, she began to study singing. During her time in London, she formed two separate circles of friends. The first was centred on the Welsh Presbyterian Chapel, in Charing Cross; a gathering point for Welsh people living in London. The other circle of friends, were the London literary intelligentsia. In 1913, at a concert at London’s Bechstein Hall, she sang four of her own songs, Chanson de Fortunio; Songs from a Persian Village; Suo Gan and The Year’s at the Spring. The same year, at the regional Eisteddfod held at Swansea, she won a prize for her Nocturne. It is thought that Owen composed for over 10 years, and had some 250 scores.

At the end of 1916, she was introduced to Ernest Jones, a Welsh psychoanalyst, they married after a brief courtship on 6th February 1917. During the summer of 1918 the couple were holidaying in South Wales, staying at the home of Ernest’s father, Craig-y-Mor, Plunch Lane, when Owen developed acute appendicitis. Ernest hoped that his brother-in-law, Wilfred Trotter, the eminent surgeon would travel to Swansea to perform an operation. Unfortunately the operation was conducted by the local surgeon and sadly on 7th September 1918, Owen died from delayed chloroform poisoning. 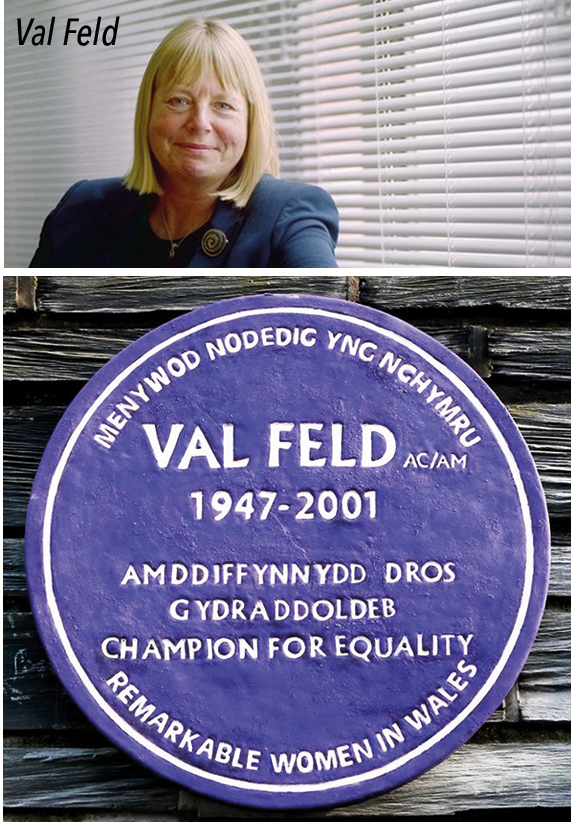 No post mortem was carried out and she was hastily buried on the 11th September at Oystermouth Cemetery. Owen’s headstone has the inscription from Goethe’s Faust – “Das Unbeschreibliche, hier ist’s getan”.

During 1956, Ernest Jones played an instrumental part of helping securing the statue for Gower as the Area of Outstanding Natural Beauty.

The blue plaques were placed in Craig-y-mor and Park Street.

Also this year, 8th March, International Women’s Day, a purple plaque, commemorating Val Feld, AM for Swansea East from 1999-2001 was unveiled at the Senedd, Cardiff (National Assembly Buildings). The purple plaque represents and recognises the achievements of Remarkable Women in Wales.

Charles is a researcher and family historian. If you have a question regarding your family history that you’d like to put to Charles, he can be contacted at: swanseafamilyhistory@yahoo.co.uk he’d bne delighted to hear from you.