The West Glamorgan Bench are currently recruiting new magistrates. Magistrates are volunteers who hear cases in their community. The courts need to recruit applicants from across the spectrum of society and almost anyone can apply to become a magistrate although there are a few jobs which make you ineligible. A list of such occupations can be found on the website provided below.

Applicants need to be aged between 18 and 65 and have to be available to sit for a minimum of 26 half days each year although many magistrates sit more often than this. No specific qualifications or legal training is needed but you must have visited a court in session at least once before applying. This will give you some idea of whether it really is for you and will enable you to give fuller answers to some of the questions that you will be asked during the recruitment process. A magistrate needs to be a good listener, needs to be able to consider the facts and circumstances of each case and be an excellent communicator. Each case is usually heard by three magistrates and a legal adviser in the court gives advice on the law and makes sure the magistrates follow the right procedures.

All criminal cases begin in a magistrates` court but the most serious crimes such as murder, rape and robbery are passed on to the Crown Court. Magistrates deal with more than 95% of criminal cases such as drop-ping litter, serious assaults, drink driving, shoplifting, domestic abuse and possession of drugs. Sentences handed out range from fines, unpaid work in the com-munity and up to six months in prison. 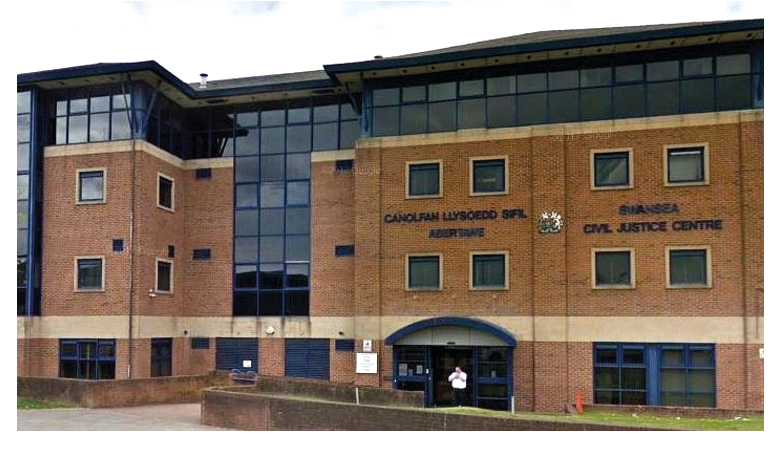 Magistrates also deal with a substantial proportion of non-criminal work including family law cases. For the first time there is a direct recruitment campaign underway for magistrates who wish to sit only in the Family Courts. The West Glamorgan Family Panel sits in Swansea Civil Justice Centre (pictured right) and Port Talbot Justice Centre. Family Court magistrates deal with cases about children. They can help separated parents make arrangements for their children, they also deal with cases involving the local authority and can arrange for a child to be taken into care or put up for adoption. It is, of course, the child`s well being which is paramount in these cases.

Being a magistrate is a challenging role, but it is ultimately very fulfilling, particularly in terms of helping your community. Application details and further information can be found on the website listed below.