Emlyn’s film choice for February is a love story – and, as is so often the case to quote the Bard, the course of true love never did run smooth. If this doesn’t make it to mainstream cinema in Swansea, it is being shown in the Taliesin on 18 March.

After his previous film, Moonlight, won the Academy Award for Best Picture – and in so doing, became one of the few instances where that year’s best picture was actually awarded Best Picture – all eyes were on Barry Jenkins, eager to see what his next project would be. Based on James Baldwin’s novel, If Beale Street Could Talk covers similar thematic ground to Moonlight, and is quite possibly the most lush, swooningly beautiful romance of the year.

The story begins with Tish learning that she’s pregnant by her boyfriend Fonny, and their respective families’ polarised reactions to her pregnancy. From there, we follow two strands: one in the past where we see their early courtship and the blossoming of their relationship, and another in the present where things are decidedly less happy. Fonny has been falsely accused of rape, and it’s a desperate race against time to try and prove his innocence.

In itself, the fact that it manages to have these two parallel stories – the one a sumptuous celebration of young love, the other a clear-eyed examination of the innumerable injustices faced by black Americans and the way the deck has been stacked against them – with each complementing and strengthening the other, is hugely impressive. It’s easy to imagine the two stories conflicting with and undermining each other, but Jenkins’ adaptation of Baldwin always manages to find the connections between them that keep the two story strands of a piece with one another. The way Tish’s family embraces and rallies around Fonny to help him clear his name reinforces the sense of devotion and unconditional love that comes through in the sequences set in the past – as per the tagline, you have to “trust love all the way”.

Said sequences are almost dreamlike in the way they’re lit and shot, making you feel like you’re drifting through the film almost as much as simply watching it. As we follow the young couple making plans for the future, with one especially touching section that sees them trying to find an apartment that they can afford, we see hints of the unfairness and prejudices they’re forced to endure daily, even if they’re largely backgrounded by the film sweeping us along in their love story. The score by Nicholas Britell (one of the year’s best) helps a great deal with this, unfailingly lovely and soulful the whole way through. Conversely, in the other strand, we’re brought sharply back to reality as cruelty, racism and scapegoating come to the fore. Jenkins never loses sight of hope and keeps proceedings from becoming too grim, but he also refuses to sanitise any of this, allowing the edges to remain sharp. 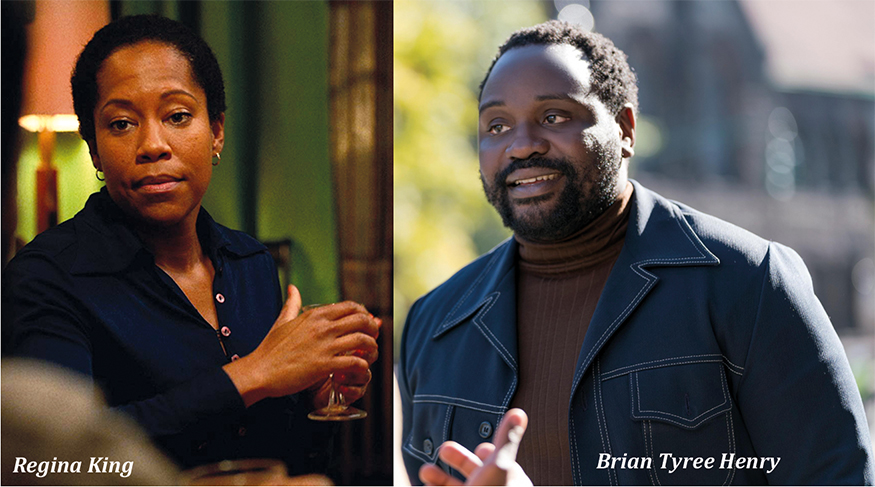 Right from the beginning you truly believe in these characters as real people, and recognise the world they  move through as the real world. As with Moonlight, a story of great specificity gains a sense of universality in no small part because, in digging in to those little details, it becomes that much more grounded in a reality that everyone can recognise, even if their circumstances aren’t precisely the same. Naturally, the actors have a lot to do with this, with KiKi Layne and Stephan James anchoring the film with a pair of hugely empathetic, heartfelt performances, and Regina King putting in a particularly memorable turn as Tish’s mother. Brian Tyree Henry, whom you may have seen in Widows or heard in Spider-Man: Into The Spider-Verse, gets a devastating monologue about his life as a recent parolee, bringing the themes of racial injustice into even sharper relief.

If Beale Street Could Talk is, perhaps, not quite as good as Moonlight, but that’s only really in the sense that it’s one of the finest films of the year instead of the finest. Its screenplay is superb, its craft and direction immaculate, and its performances deeply powerful. If Barry Jenkins continues on the trajectory suggested here, we’re in for many truly special films in the years to come.