Last month, Bay heard the incredibly sad news that photojournalist and cook JON LEWIN had died while surfing in Sri Lanka. You may remember that Jon contributed to our magazine for some years, collaborating with chef Tatiana Bento to provide photographs to accompany her recipes.

Jon was in Sri Lanka when it was hit by a tsunami in 2004. Having lost all of his possessions, Jon was taken in and looked after by locals. Such was his love of Sri Lanka and its people, that when he returned to the UK he set about writing a cookbook filled with recipes and photographs of his now second home. The Locals Cookbook was finally published in 2015 and a percentage of its sales profits were donated to Sri Lanka – It attracted interest from national press such as The Guardian and The Independent who reviewed and promoted it.

So here, in memory of a man who made friends wherever he went, we share one of his recipes. 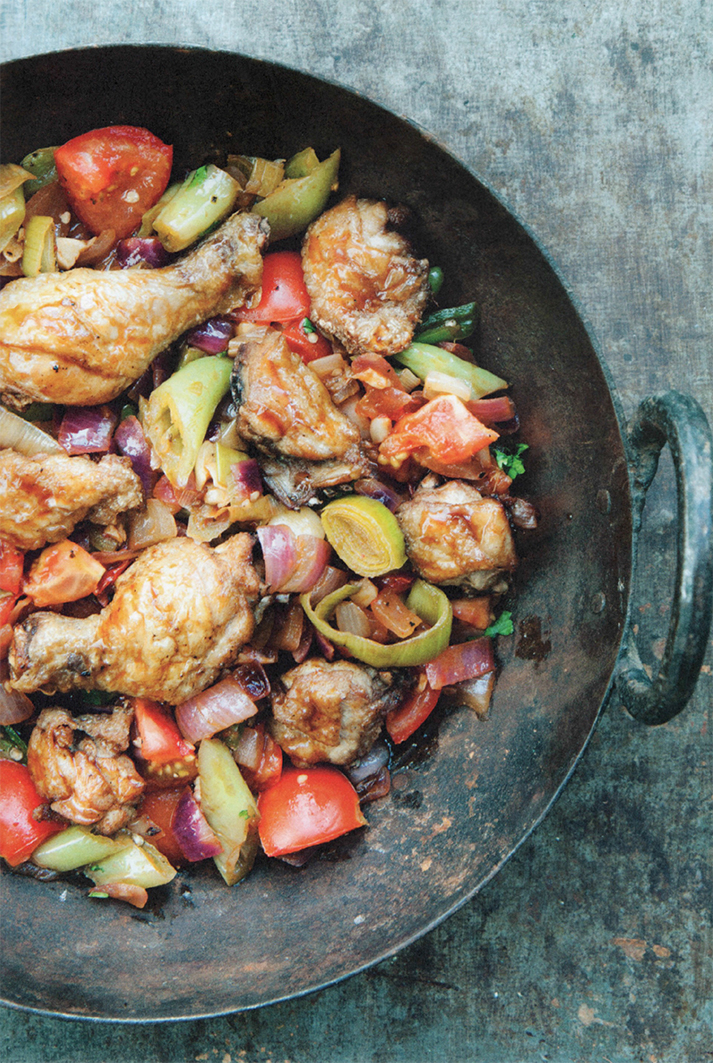 Place the marinade ingredients into a bowl and mix to combine. Add the chicken and marinade for 5 minutes.

Put the 500ml of oil into a wok or high sided frying pan and heat until very hot. Add the chicken a few pieces at a time and fry until golden brown, then set aside.

Place a large frying pan onto a medium heat and add the 2 tbsp of oil. Once hot add the garlic and fry for a minute then add the chillies, onions, peppers and leek.

Cook for 5 minutes then add the tomatoes, chilli powder, salt, pepper, tomato sauce and oyster sauce. Continue to cook for 3 minutes then remove from the heat and toss in the deep fried chicken. Season to taste and finish with a handful of coriander leaves.