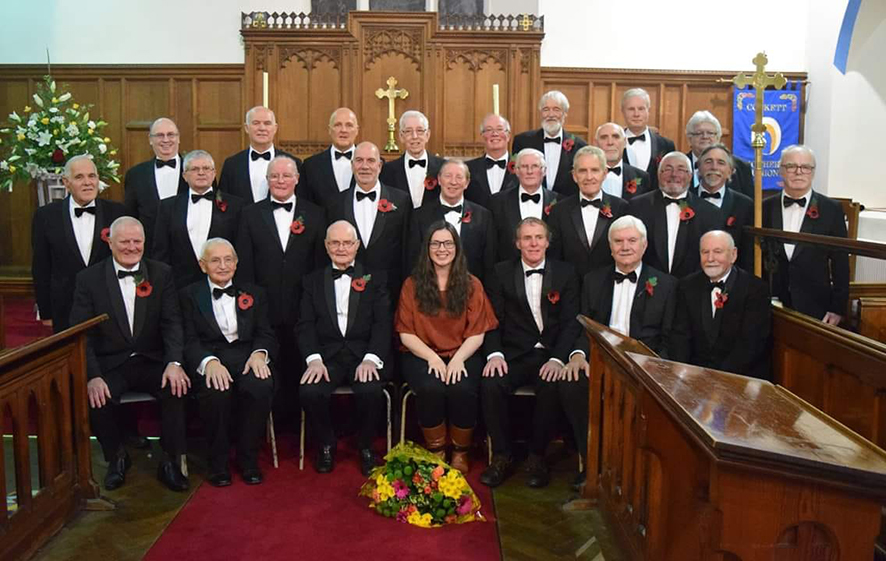 Swansea Male Choir is thrilled to be appearing at a Charity Concert in aid of Cancer Research, at the Princess Royal Theatre, Civic Centre, Port Talbot, on 4 March at 19.00. Appearing with the choir will be Connie Fisher, Keely Morgan, Osian Clarke, Samuel Morris, Gareth Evans, Marc Skone and Owain Huw. Tickets are available from the theatre or the choir. 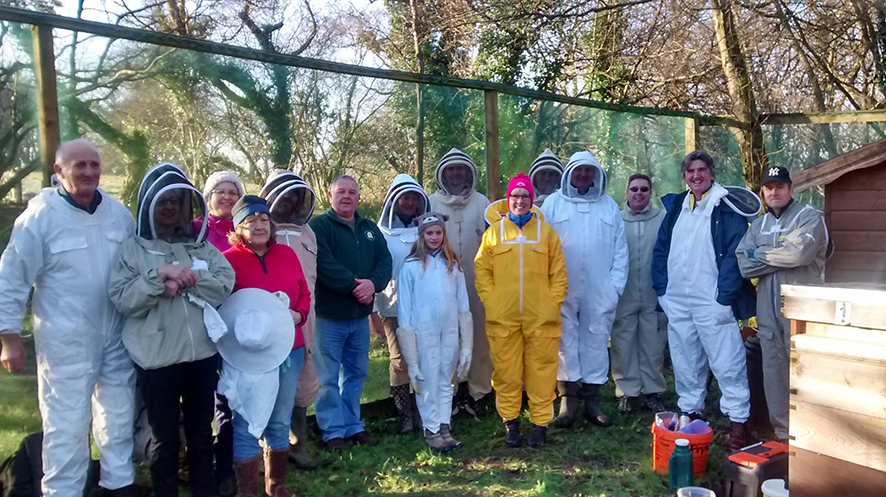 Beginner’s courses start on Wednesday 20 February 19.00 to 21.00 held at Pontarddulais Comprehensive School. Costs: £90 single, £160 joint. Fee includes 10 weeks of theory and practical sessions in the apiary and full membership of the society. For more information and how to enrol please go to the society’s website. Swanseabeekeepers.org.uk

The society is pleased to announce that in 2019 there are four places on the Beginner Course that are sponsored. The places are for 16-25 year old and sponsorship covers 50% of the single course costs. These places will be allocated on a first come, first served basis and anyone interested should initially contact the society’s chairman on dsocarrol@yahoo.co.uk. 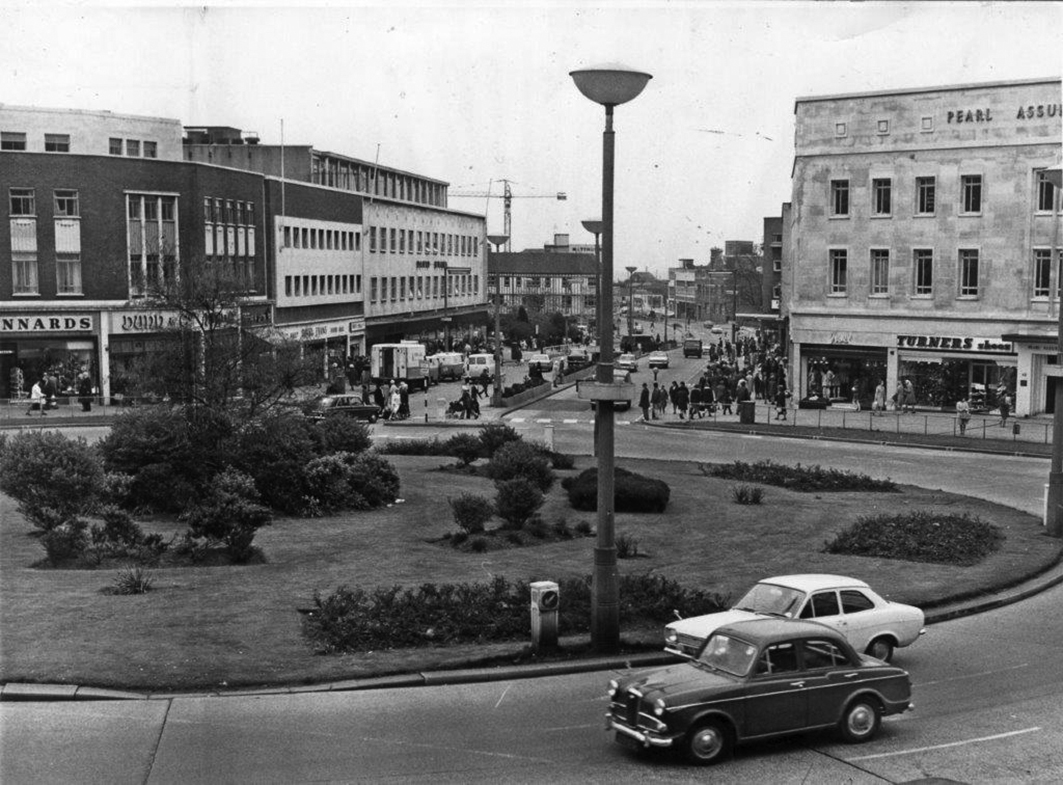 SWANSEA – THE TIME OF OUR LIVES ROYAL REVIVAL

Work is once again underway to bring a new lease of life to The Kingsway, Swansea. The plan is to revitalise this lengthy boulevard and introduce some greenery back into the city streetscape. This look back in time across the roundabout (pic right) at the top of the thoroughfare where it meets College Street and Orchard Street was captured by a camera-man in 1971.

The roundabout was later excavated to create a pedestrian underpass, only to be filled in again a few decades later to accommodate 21st century pedestrianisation and a variety of traffic flow changes.

The image is one of more than 300 offered up by Swansea the time of our lives, the latest and 19th consecutive book from former city journalist and publisher David Roberts. On sale now, the book captures some fantastic glimpses of Swansea in the past as well as offering candid shots of the social side of our lives. For details on how to obtain a copy visit www.bryngoldbooks.com or phone 01639 643961. 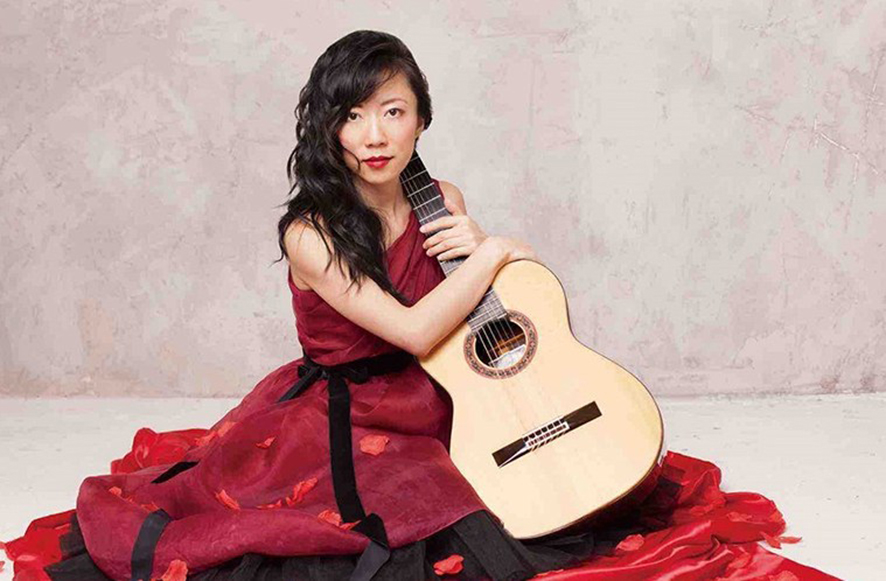 Xuefei was born in 1977 in Beijing and began to study the guitar when 7 years old. Western music and instruments were banned in China until the Cultural Revolution ended in 1976, and Xuefei was a pioneer of the guitar there. As a schoolgirl she became well known through performances in China, Australia, Spain, Japan and Portugal. A performance in Madrid, when she was 14, was attended by the great composer for guitar Joaquin Rodrigo. In 1995 John Williams heard her perform in Beijing, and, deeply impressed, loaned her two valuable Greg Smallman guitars for her conservatory to use.

She has received numerous awards and competition prizes worldwide. Especially notable was the award of an International Scholarship by the Associated Board of the Royal Schools of Music – the first guitarist ever to have this distinction. She has played recitals and concerts in the leading concert halls of the world with many of the world’s greatest orchestras. We are proud that Swansea will share with the Albert and Wigmore Halls, Carnegie Hall and Lincoln Centre, the Philharmonie Berlin, Konzerthaus Vienna and many other great venues the privilege of witnessing her play.

We are most grateful to the Arts Council of Wales “Night Out” scheme and to Swansea City Council for supporting this event. For tickets (just £10, in advance only – don’t delay!), phone RICHARD on 01792-208240, and for more information visit www.swanseaguitars.co.uk and click on “Future Concerts and Events.”

The NT Abertawe Centre meet on the 4th Wednesday of each month at Sketty Parish Hall in De La Beche Road at 19.30

There has been a change to the March talk. It will now be ‘Personal Memories of India’ by speaker Peter Rees.

NT Members and friends are warmly welcomed. Tea and biscuits will be provided. For further information contact Michael Simpson on 01792 404345.

The Twinning Association of Mumbles is holding a wine tasting quiz at West Cross Community Centre on Friday 15 February at 19.00. Tickets are £12 and include wine and substantial nibbles. For further information visit mumblestwinning.org or call 01792 204967. 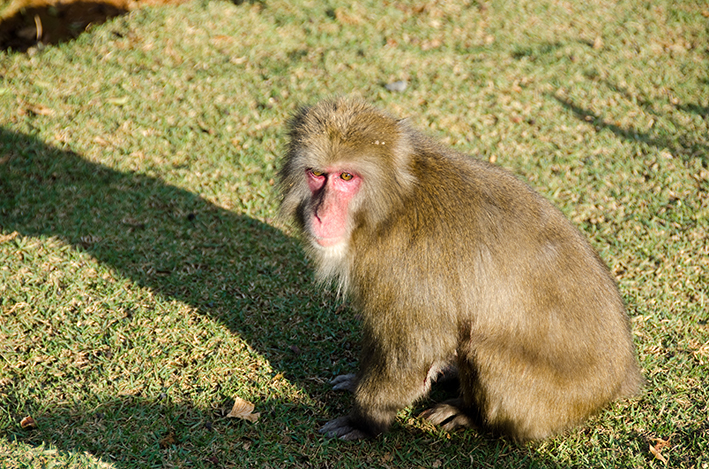 The Pettifor Trust received a call from an animal lover in Spain about the terrible conditions that five Japanese macaque monkeys were enduring in captivity.

Marianne Pettifor, Chair of The Pettifor Trust animal charity explained that they normally only fund animals who need help in south-west Wales, however Marianne got in touch with the Wales Ape & Monkey Sanctuary and they immediately leapt into action and travelled to Spain to see the situation for themselves.

Thanks to the Pettifor Trust, the monkeys who recently arrived at the Sanctuary have settled in and haven’t stopped eating. The monkeys can be seen every day between 10.30 and 17.00.

Get fit and enjoy beautiful music from all around the world. At the Community Centre, Linden Ave, West Cross, SA3 5LE every second Thursday at 19.00 – 21.00.

Everybody is welcome, no partners needed, tuition given. £3 per session including drinks.

THE ROYAL INSTITUTION OF SOUTH WALES

The Royal Institution of South Wales, also known as the Friends of Swansea Museum, will be holding a coffee morning on Thursday 14 March from 10.30 – 12 noon at Swansea Museum. There will be cakes, books, a raffle, and a harp recital.

Tickets will cost £3 available at the door. The Museum is located on Victoria Road.

The Friends of the Welsh National Opera are meeting on Wednesday 20 March at 19.30 in Sketty Parish Church Hall, De La Beche Road, Sketty, for a talk by Zoe Milton Brown entitled “Opera in the Community”. No admission fee. All welcome. 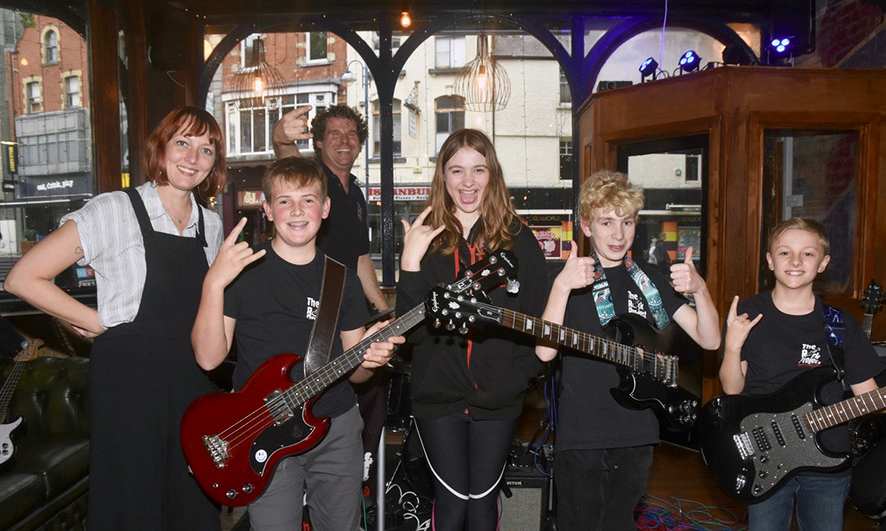 A Swansea rock school is desperate for lead singers to front its string of rising young bands.

The Rock Project Swansea teaches 7-18 year olds how to sing, play the drums, bass and guitar in weekly two-hour sessions. Ben Tiffin from the Rock Project Swansea said: “The singer is the front person of the band and the one that gets most attention. “Since the launch of the schools in Swansea we’ve had a large intake of drummers and guitarists, with a waiting list in some cases, but there’s an urgent need for more singers to come and join us.” Ben explained that the students are taught by professional, gigging musicians, who help to develop stage presence. “We are in a place famed for its singers – the Land of Song – so I’m pretty sure the talent is there, but it could be that young people are shy of taking centre stage,” he said.“One of the things we do at The Rock Project is to gently build confidence. It’s a step-by-step approach, from performing in front of the vocal coach, to singing in rehearsals with the other students through to small gigs and eventually an end of year concert. “Our aim is not only to build musical skills, but also confidence and the ability to perform on stage. It’s all done gradually, but the transformation we see among students is amazing,” Ben added.

One half of each session involves the students being tutored in their chosen instrument, while in the second part they put what they’ve learnt into practice to come together and play as a band.

The Rock Project Swansea has three separate weekly schools which take place on Friday, Saturday and Sundays. All of the instruments are supplied.