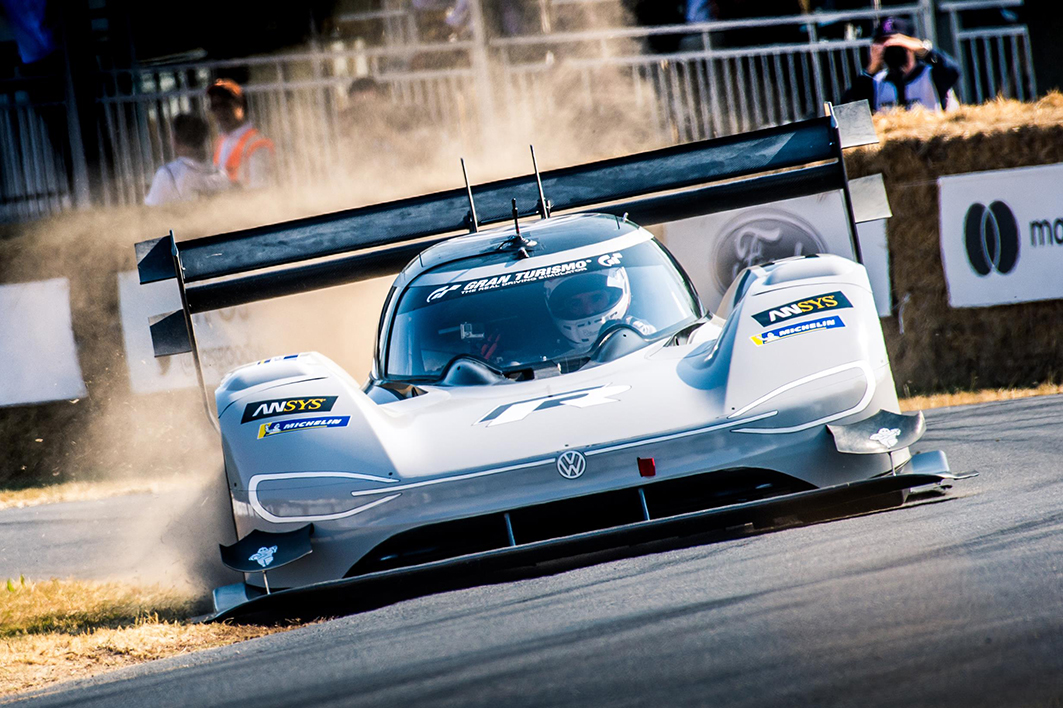 THEME ANNOUNCED FOR 2019 FESTIVAL OF SPEED

Goodwood is thrilled to announce that the theme for the 2019 Festival of Speed presented by MasterCard, which takes place from 4-7 July, will be “Speed Kings – Motorsport’s Record Breakers”.

Motorsport has always been about pushing man and machine to the very limit, and this year, Goodwood will celebrate the people and machinery that set the benchmark or raise the bar.

The focus will not just be on the Land Speed Record, but on every area of record breaking in motorsport, from the most consecutive wins, to most championships, fastest laps, most poles set by a manufacturer and many more.

This year marks 20 years since Nick Heidfeld took the outright record up the Goodwood Hill, covering the 1.16-mile course in 41.6 seconds at the wheel of a McLaren MP4/13. In 2018, the Electric Volkswagen I.D.R, Pikes Peak car came close to taking the crown; 2019 could be the year we celebrate a new record holder.

Head of Motorsport Content Will Kinsman said, “We are delighted with this year’s theme, as it offers an opportunity to celebrate the ultimate heroes of motorsport past, present and future. The team are working hard to ensure the paddocks are bursting with the most talented drivers and riders alongside the most iconic road and race machines in the world. They are also delving into the more obscure corners of the motorsport world to ensure the Festival of Speed maintains and enhances its reputation as the greatest motorsport show on earth.”

Tickets for the Festival of Speed are available from www.goodwood.com and from the Goodwood Ticket Office on 01243 755 055. 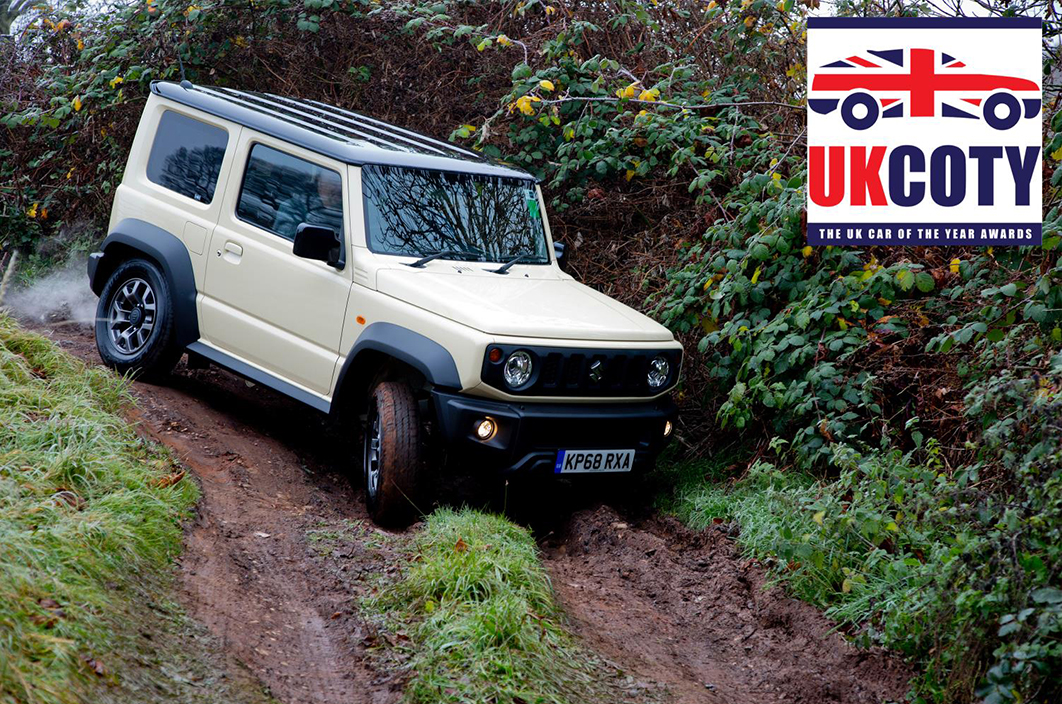 Suzuki GB PLC is very pleased to announce that the recently launched Jimny has won the Best 4×4 category at the UK Car of The Year Awards 2019. Jimny was comprehensively judged by the group of 29 journalists on the voting panel with several comments including:

“It’s so rare to find a car that provokes such enthusiasm from such a wide variety of people. It gets people animated and talking about cars, which too few new models can manage.”
Paul Barker – Company Car Today

“If we are talking about building a 4×4 that is fit for purpose Suzuki has aced it; the latest Jimny not only looks fantastic but it’s also a genuinely great off-roader, not to mention extremely affordable to buy and run.”
Chris Knapman – Car Gurus

“Once in a while a car appears that people are drawn to irrespective of price or brand. The honesty, purity of design and robustness of the Jimny makes it deserving of an award.”
Jonny Smith – TV Presenter

Jimny is powered by a 101PS 1.5-litre petrol engine and is fitted with ALLGRIP PRO selectable four- wheel drive with low transfer gear as standard equipment.

We at Bay have fallen for it too! 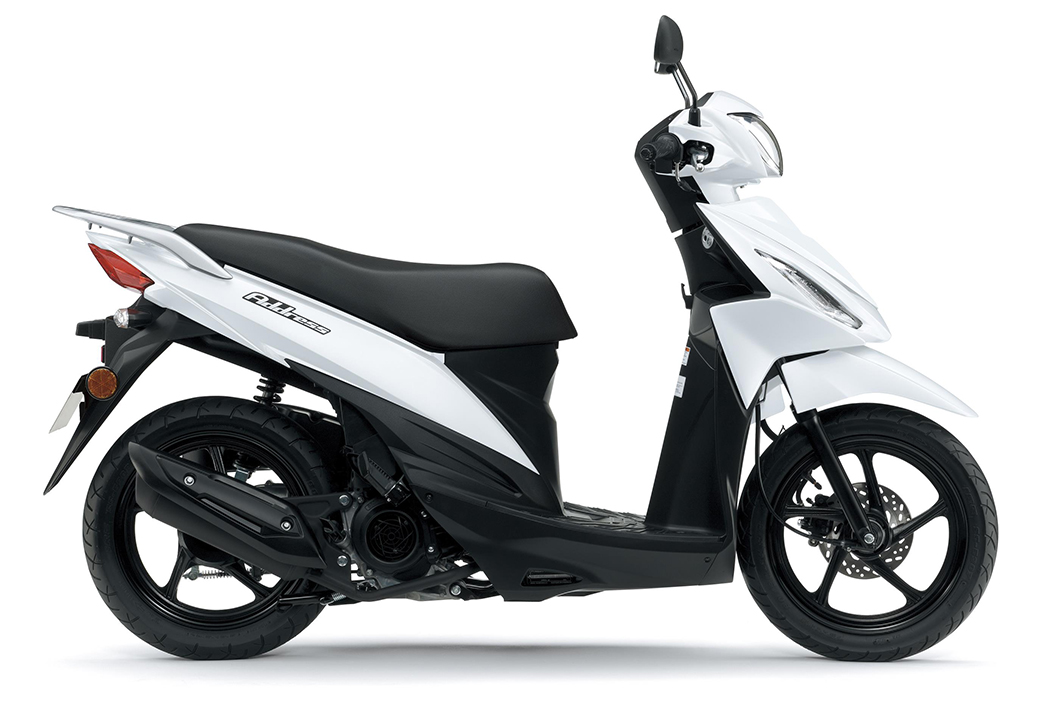 Suzuki’s congestion-busting and fuel-efficient ADDRESS scooter is now available with low rate 3% finance over three years, with a minimum £300 deposit.

Achieving over 130mpg is easy on the 113cc A1 licence-friendly machine, meaning over 150 miles between fill-ups with its 5.2 litre fuel tank. Zipping around town is also easy thanks to a slim design and light weight, yet there’s over 20 litres of storage for excellent practicality. A full-face helmet can be conveniently accommodated under the seat, while two pockets up front provide additional storage. Security is also bolstered with a magnetic ignition cover.

In addition, the ADDRESS also comes with one year’s free road side assistance, Data-tag MASTER security system and 3-year warranty as standard from Suzuki, and can also be ridden on L-plate with a valid CBT certificate.

The low rate 3% finance offer, available until 31 March 2019, means you can save time, spend less and smile more with the ADDRESS for £54.44 per month with the minimum £300 deposit and no end of term final payment. 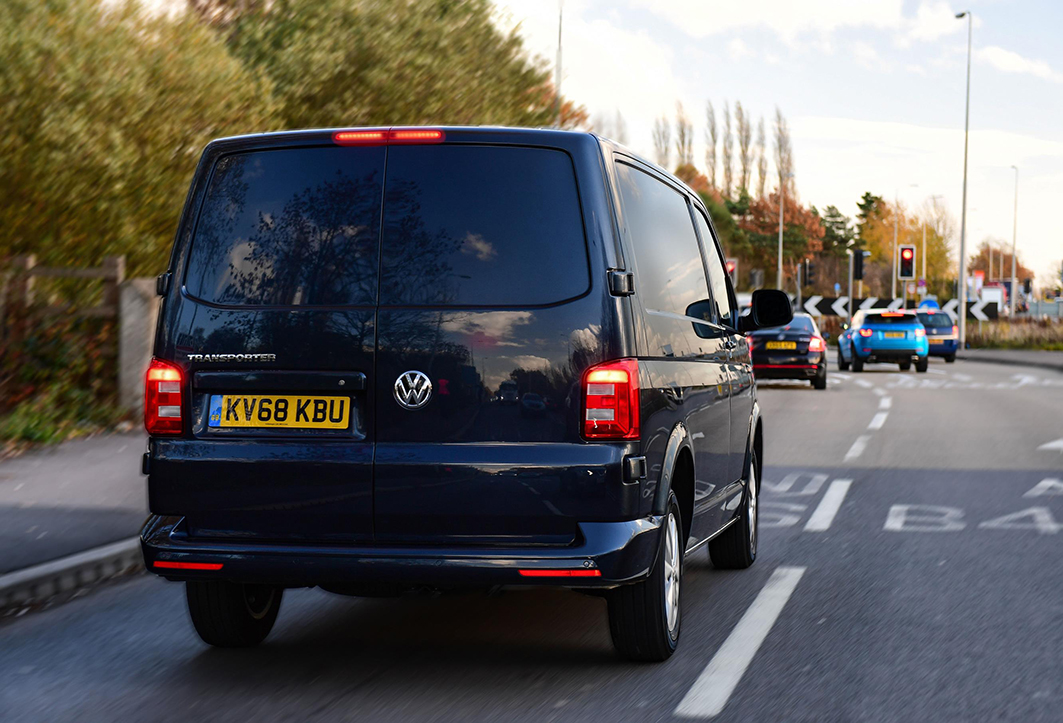 Van drivers are risking accidents by failing to leave enough distance to stop, according to research by Volkswagen Commercial Vehicles, that shows over half of van drivers don’t know how heavy loads impact braking distances.

The majority of van drivers carry up to half a tonne of equipment on a daily basis which can increase braking distances by up to 36% – equal to an extra five metres to stop at 60mph – as revealed in exclusive tests carried out by Volkswagen Commercial Vehicles.

The brand conducted a series of brake tests at the MIRA Proving Grounds in Nuneaton on its range of vans, with the Caddy, Transporter and Crafter carrying varying weights from empty to 500kg at both 30mph and 60mph.

But a survey revealed over half of van drivers couldn’t identify how much longer it would take to brake when driving a loaded van, while just 17% could correctly identify the Highway Code advised 30mph stopping distances Carl zuDohna, Director of Volkswagen Commercial Vehicles, said:“Braking distances in the Highway Code are based on an advised standard and don’t take-into-account the loads that many van drivers carry. Our research highlights an important safety message that van drivers could really benefit from.”