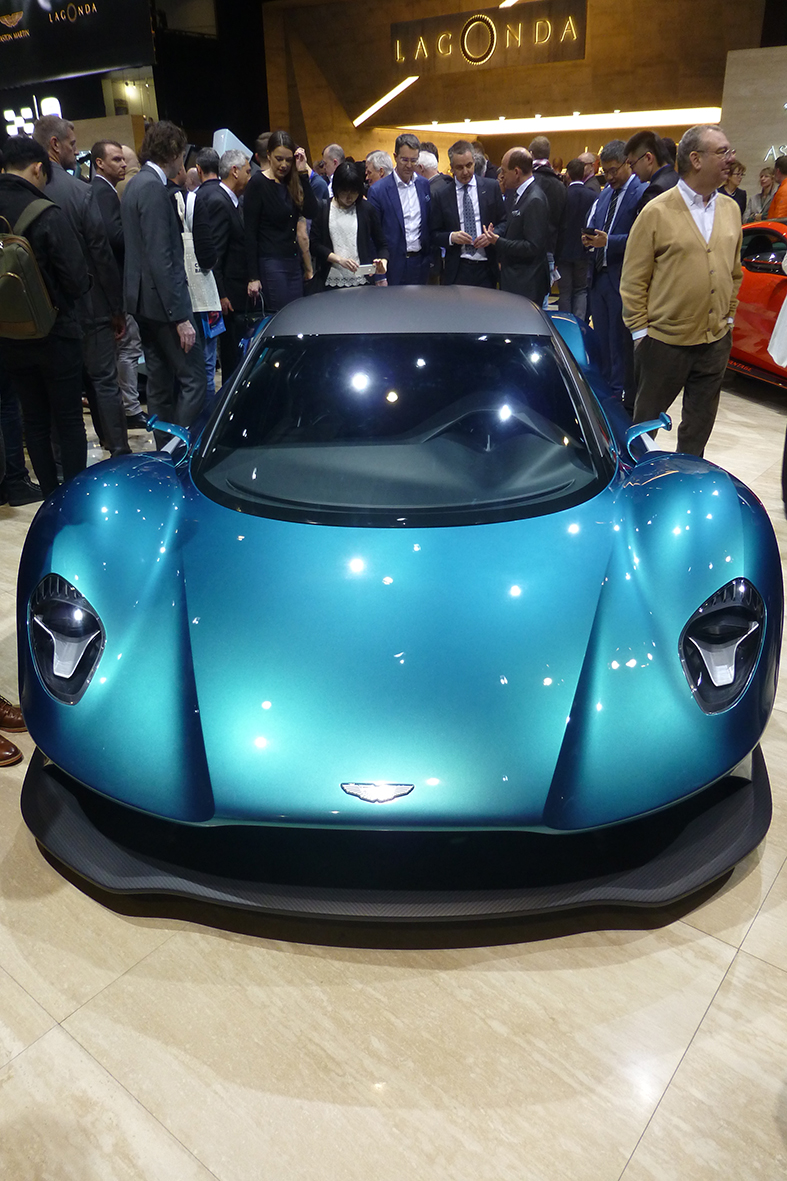 Aston Martin chose the 89th Geneva Motor Show to complete a trio of world debuts with the first glimpse of the breath-taking Vanquish Vision Concept.

Reviving an iconic nameplate tradition-ally reserved for Aston Martin’s flag-ship production model, the advanced design study provides further evidence of the proudly British brand’s intent to compete in one of the most hotly contested market sectors in the automotive world with this Gaydon built offering.

“Firstly, what a pleasure to revive the Vanquish name. Synonymous with our series production flagships, it felt entirely appropriate to attach it to such a significant car. The Vanquish Vision Concept marks another pivotal moment in Aston Martin’s history, and another critical step in delivering the Second Century Plan. Our first series production rear mid-engined supercar will be a transformational moment for the brand, for it is the car that will propel Aston Martin into a sector of the market traditionally seen as the heartland of luxury sports cars.” 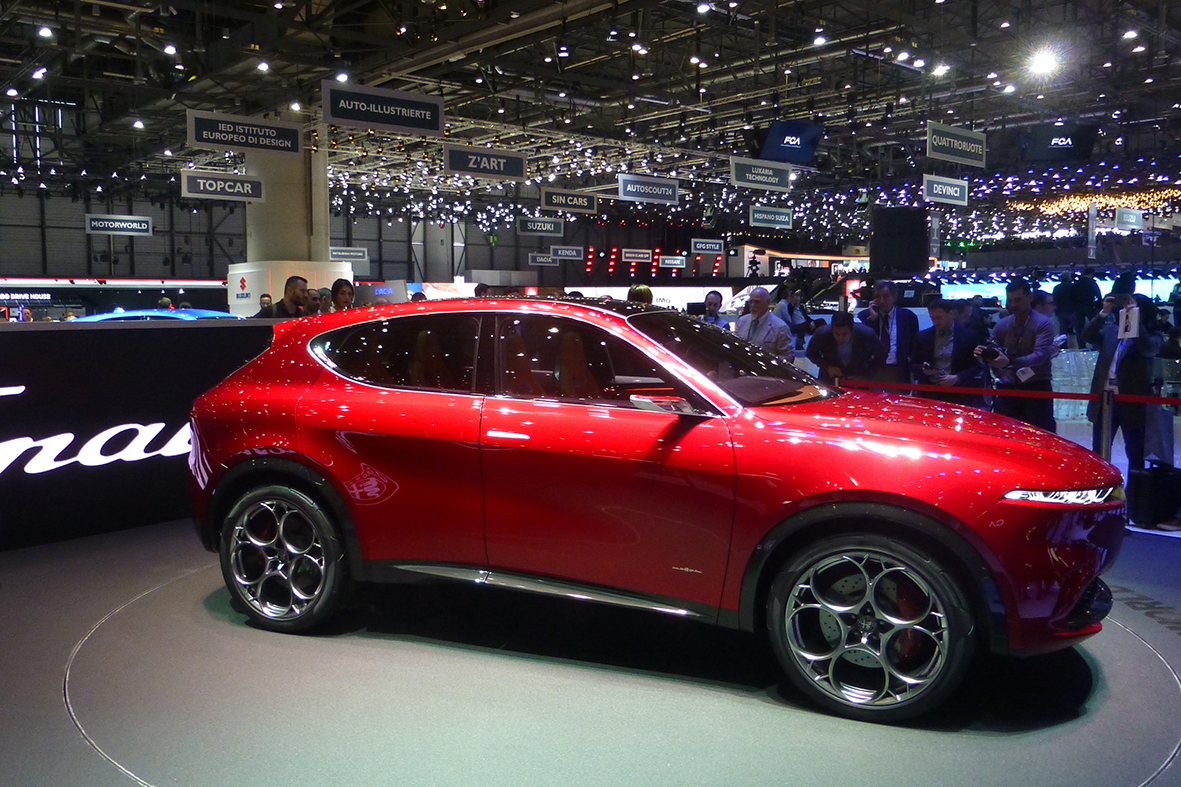 Alfa Romeo was breaking into the electric car world at the 2019 Geneva International Motor Show with the new Alfa Romeo Tonale mid-size SUV concept. The Tonale is the first plug-in hybrid and the first mid-size utility vehicle from Alfa Romeo. Its goal: “To deliver the best driving dynamics in the segment and to apply electrification in perfect Alfa Romeo style”. 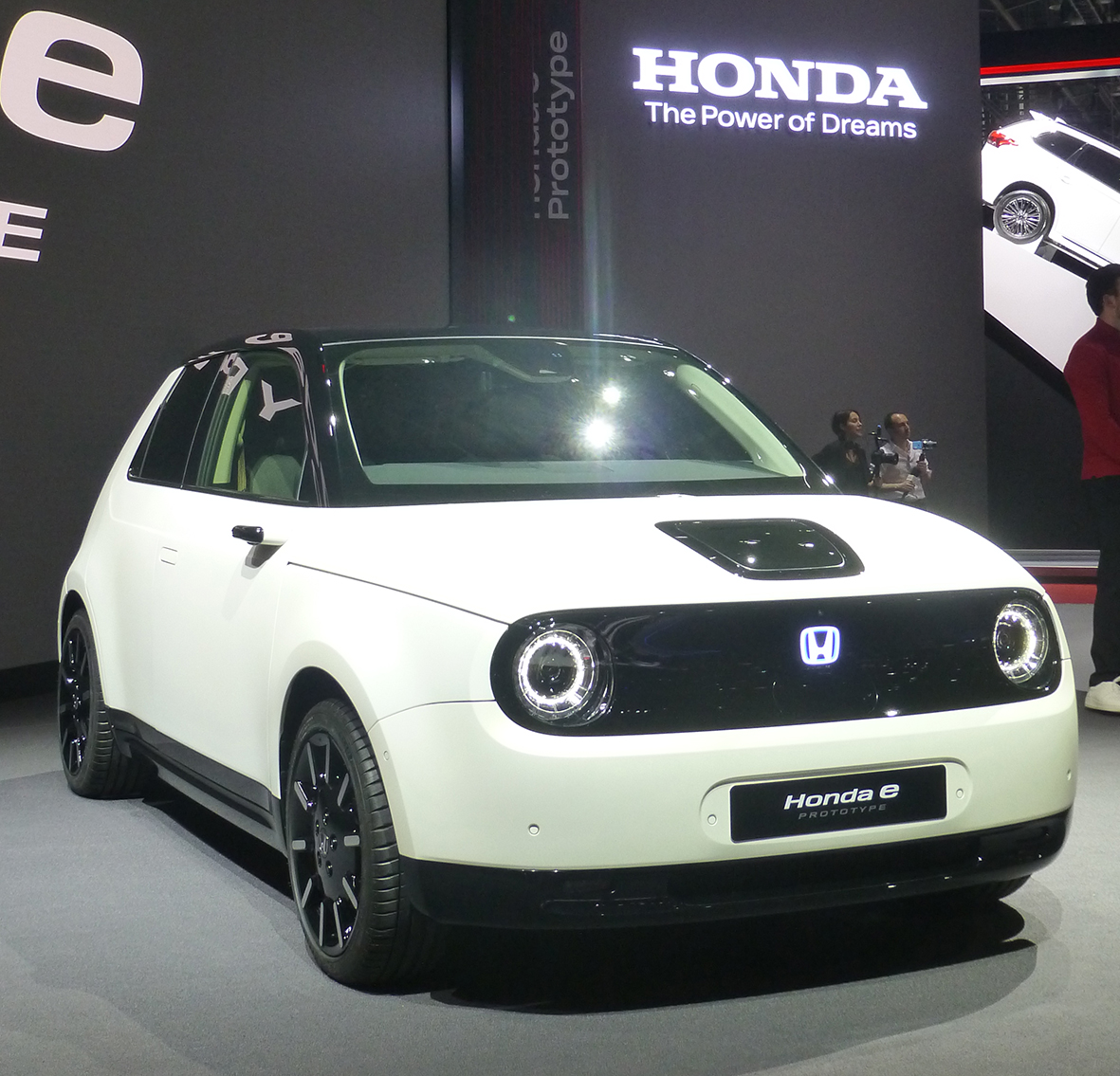 HONDA COMMITS TO TOTAL ELECTRIFICATION in Europe by 2025

Further proof of Honda’s electrification ambition was seen in the shape of the Honda e Prototype. Unveil-ed for the first time at Geneva, the car previews Honda’s first production battery electric vehicle for the European market. Positioned as an urban commuter, the car features a competitive range of over 200km and a ‘fast charge’ functionality providing 80% range in just 30 minutes. It also features trade-mark Honda driving dynamics with a sporty rear wheel drive configuration. The production version of the Honda e Prototype will be unveiled later this year. Customers can register for updates on the Honda website now, and will be able to place a reservation for the car in selected European markets in early summer. To date Honda has received 15,000 registrations of interest for the Honda e Prototype. 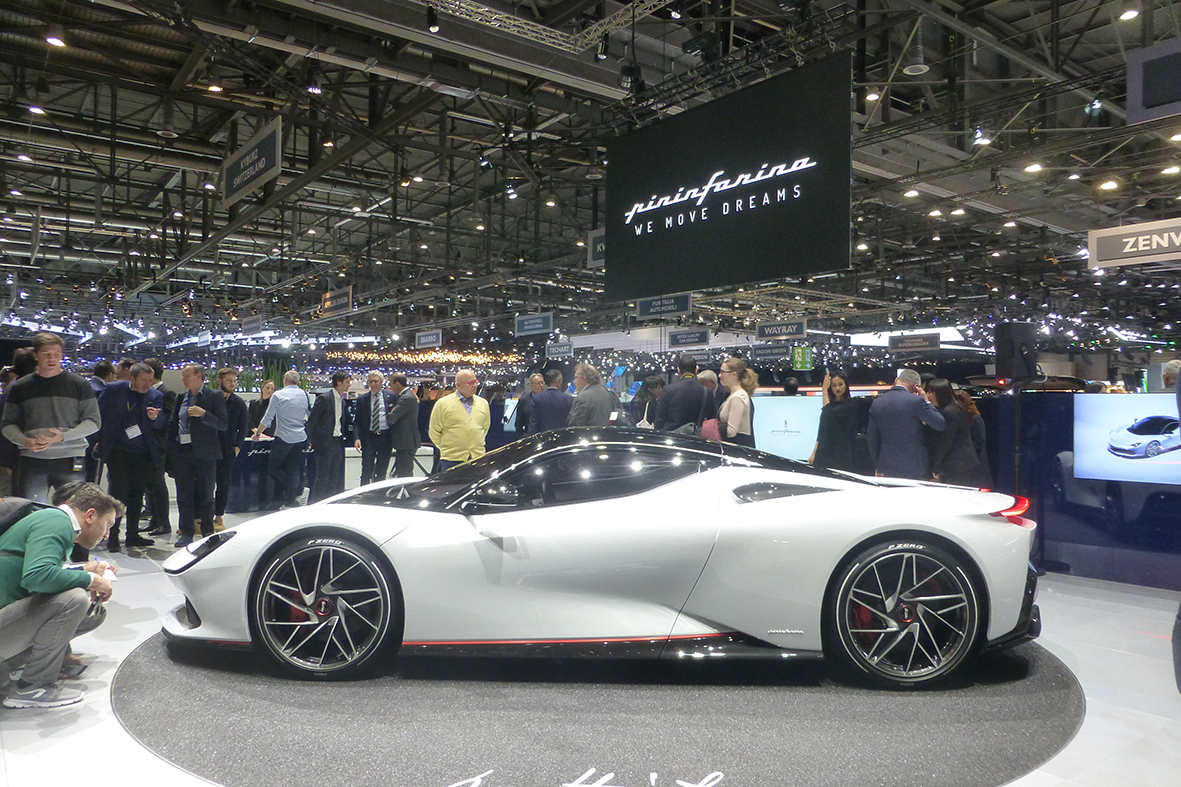 Michael Perschke, CEO, Automobili Pininfarina, said: “The Battista represents a beautiful dream for us all. In just 12 months we have set up an amazing new electric car brand that delivers on the Pininfarina-family dream to see a luxury car solely badged Pininfarina. The best possible technical partners have joined us on this journey to develop the Battista with zero emissions and more power than is possible from an internal combustion engine. The Battista will be the most powerful car ever designed and will make you fall in love with electric power.” In celebration of the Battista’s electric performance and the spotlight it shines on automotive sustain-ability, it’s reveal was shared by Nico Rosberg (right), the 2016 FIA Formula 1 World Champion. 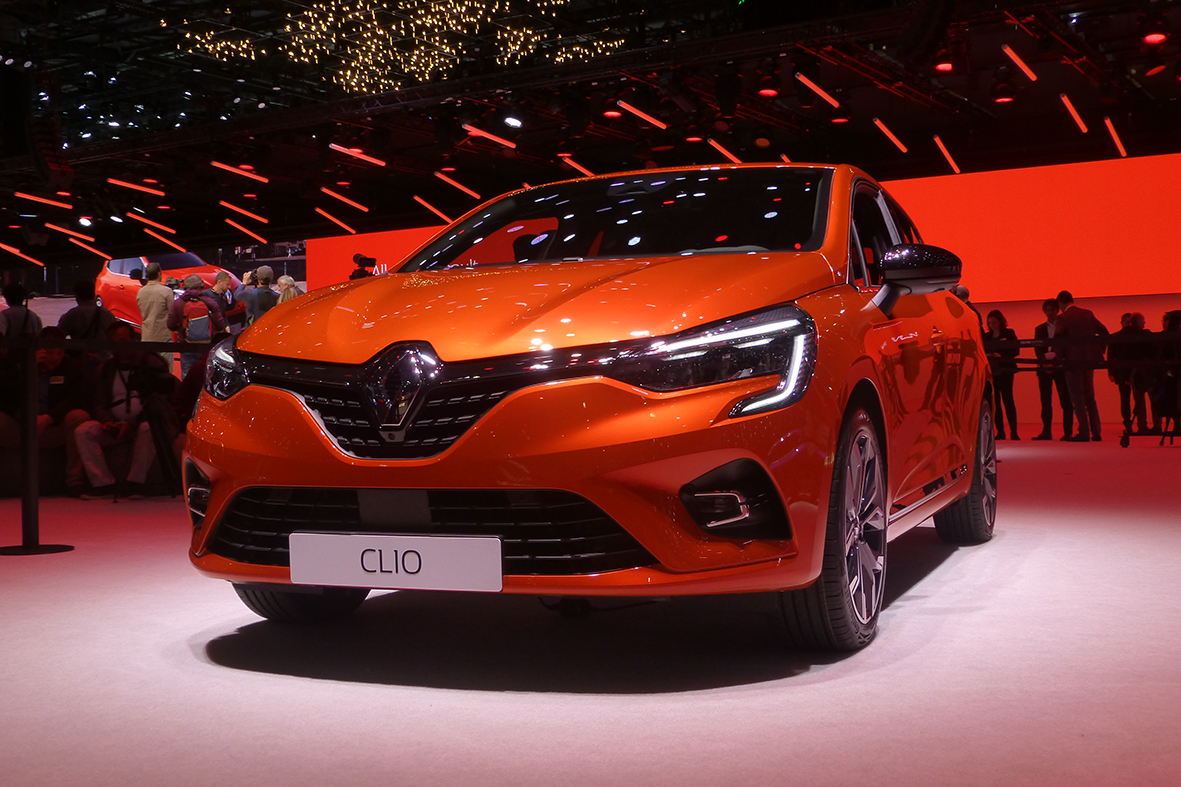 Renault is presented the All-New Clio, the fifth generation of the automotive icon. “The fifth-generation Clio is very important for us as it is the best-seller in its segment and the second best-selling car in Europe, all categories combined. The Clio is an icon, and the latest features the very best of the previous generations. The exterior design of Clio IV won over our customers and continues to do so today, so we chose to keep that DNA while bringing modernity and elegance to the new model. The interior has undergone a true revolution, with a considerable improvement in perceived quality, greater sophistication and technology. It is the best Clio ever.”  Said Laurens van den Acker, Senior Vice President, Corporate Design. 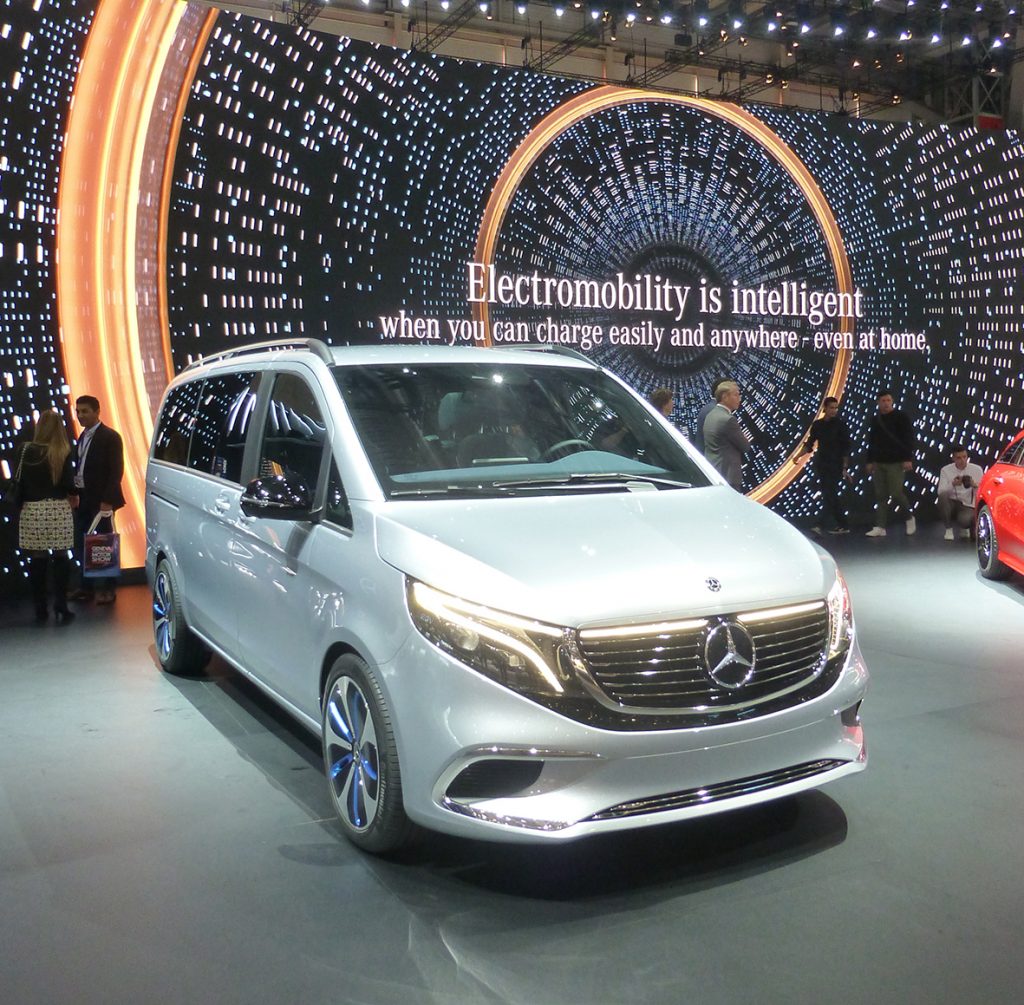 CONCEPT EQV: MERCEDES-BENZ IS PROVIDING AN INSIGHT INTO THE ELECTRIC FUTURE OF THE PREMIUM MPV

Technical highlights of the vehicle include a range of up to 400 kilometres and rapid charging to enable a range of 100 kilometres within just fifteen minutes. What’s more, the vehicle offers the greatest possible level of comfort in its interior and maximum functionality, for example thanks to the diverse range of possible seating configurations.

“ The Concept EQV offers all of the brand-typical attributes familiar from this segment which Mercedes-Benz customers have come to know, appreciate and also expect. As a family companion, a leisure-time adventurer or a shuttle vehicle with lounge ambience, the combination of these characteristics with a battery- electric drive mean the Concept EQV is a concept car with a future.” explained Wilfried Porth, Member of the Daimler AG Board of Management for Human Resources and Director of Labour Relations, Mercedes-Benz Vans.