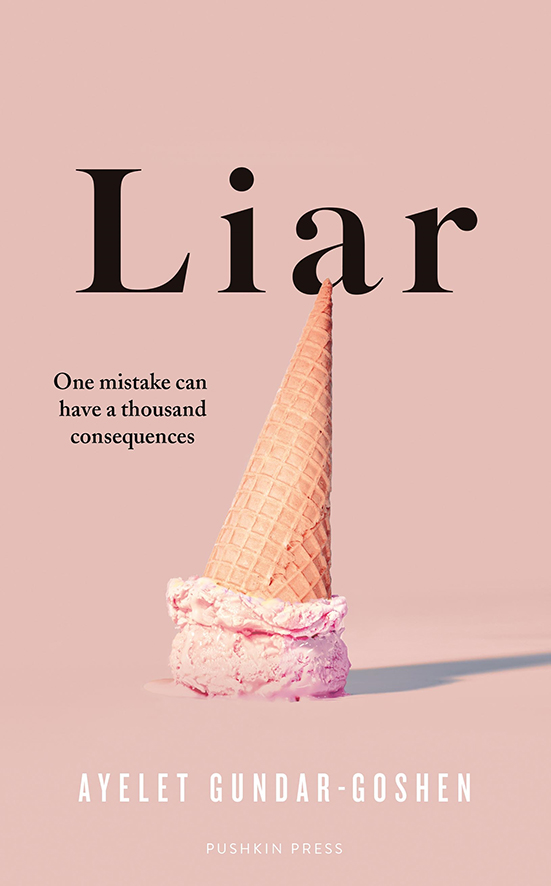 When an author is being interviewed by BBC Hard Talk’s Stephen Sackur, you can expect a memorable inter-change. Sackur selects only the most eminent, the most controversial and the most daring writers for his extremely tough interviews. Among the most remarkable of his subjects was the anti-Mafia Italian writer, activist and journalist Roberto Saviano, who Sackur interviewed in 2015 while Saviano was under police protection because of a Mafia death threat, not unlike Sir Salman Rushdie’s infamous fatwa.

The third of her high-profile novels, Liar is a modern urban fable, dealing with the swiftly altered truths of a digital age. Gundar-Goshen’s teen-aged protagonist Nofar, gets her first taste of media attention after suffering verbal abuse from a once famous singer at her ice-cream counter. The police and the media misread the situation for attempted rape, exacerbated by the singer’s confession to the crime. But there are witnesses to the ‘non-rape’ who blackmail Nofar into more lies—each lie generating another—-from all the players in this fast-paced novel till the fabric of the narrative is inextricably interwoven with lies, lies that are both cause and effect. Gundar-Goshen creates a pattern of untruths that we recognise in contemporary life as the essence of the rubbish published daily in mainstream, broadcast and social media—-endlessly replicating its ugly self.

Stephen Sackur ‘s penetrating questions elicited thought-provoking responses from Gundar-Goshen, who drew parallels between Israel’s current political and sociological anomalies and the ambiguous moral position of most nations and ideologies worldwide—including our own. 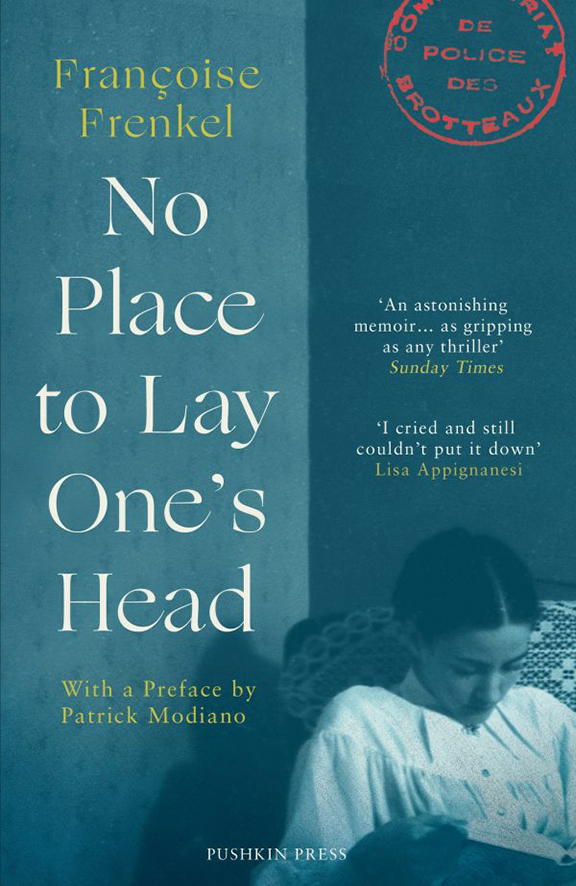 Of the two reasons for selecting this novel for my review list, one was that it boasted a preface written by Nobel Laureate Patrick Modiano; the other, more compelling, was that it opens with a chapter entitled, ‘A French Bookshop in Berlin’—both irresistible contributing factors to an unknown writer’s appeal. Francoise Frenkel created, in 1921, a wonder-ful French bookshop in Berlin, the cynosure of the city’s intellectual elite, complete with literary readings and soirees.

Frenkel’s Jewish origins started to become an issue as the twin horrors of anti-Semitism and Nazi persecution reared their ugly heads and forced our heroine to flee across Europe, just one step ahead of her oppressors. The book describes the pathos of ‘having no place to lay one’s head’, as Frenkel is imprisoned in France, till she finally succeeds in finding refuge in Switzerland—-after three harrowing attempts to cross the border.

Frenkel’s is a gentle and pain-filled chronicle of the helplessness of innocent citizens hounded by a vile regime. She is so vulnerable and so crushed by her misfortunes that when she finally reaches a safe haven, every reader heaves a compassionate sigh of relief.

No Place to Lay One’s Head is further evidence of Pushkin Press’ ability to pick a literary winner—after rescuing the manuscript from a flea market and translating it from the original French.

No Place to Lay One’s Head by Françoise Frenkel, translated from the French by Stephanie Smee, has won the prestigious Jewish Quarterly Wingate literary prize 2019. 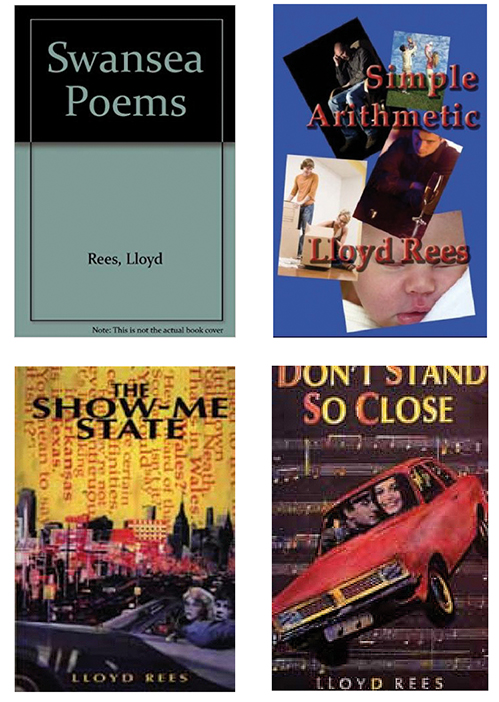 When I first came across Swansea Poems, a collection of poetry by Swansea academic Lloyd Rees, it was December 2000, and I remember buying three copies of the book: one for myself which Lloyd signed, a second for my dear (now late) friend and mentor Ian Spratling whose Wolff Steel offices featured in the poem St Helen’s Rd, and a third copy for my Mumbai colleague Meena Bhende, who loved Dylan Thomas, and would see the strong resemblance to Under Milkwood straight away. Swansea Poems (Christopher Davies £6.50) is a poetic overview of our own Llareggub, a nod to the striking personality of each street, easily recognised by locals and the worldwide student diaspora alike.

“They call it Restaurant Row, this cramp

With all the edible riches of the East,

“All human life and diversity

Are here for those whose hearts search:

A mosque and a Quaker meeting house

For the certain; for the less so, a damp church.”

And if you thought William Wordsworth had said the last word on our national flower, I refer you to Rees’ collection Simple Arithmetic (Cinnamon Press £7.99) and offer you this stanza from his poem entitled April:

“There are daffodils teeming

They conspire in knots

is the age of flowers

and the daffodil will be king.”

Lloyd Rees is a retired academic with a body of work that includes two novels and four volumes of poetry. His campus novel The Show-Me State (Seren £6.95) is a Malcolm Bradbury/David Lodge style narrative about a British visiting lecturer’s adventures in an American University. Based in Missouri, this fast-paced novel has a legitimate place in any discussion of the genre. Rees’ second novel Don’t Stand So Close (Seren £6.95) is the story of a school teacher and his developing relationships with his pupils and his career as an educator.

Lloyd Rees’ poetry is of extraordinary distinction, his grasp of the urban dynamic unparalleled. I rate him as one of the finest living Welsh poets writing in English. 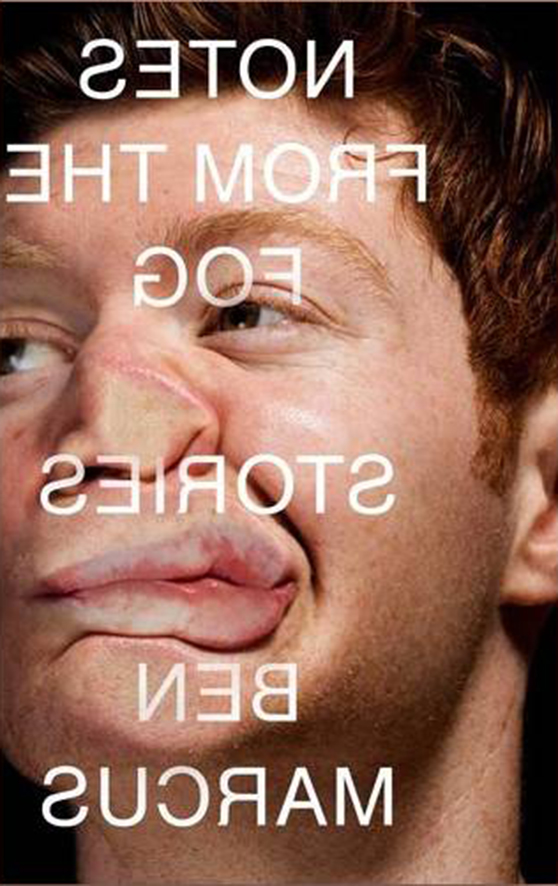 Once again, with Notes from The Fog, distinguished British publisher Granta brings us the dazzling proficiency of American writer Ben Marcus. In this collection of short stories Marcus delivers a series of deeply disturbing narratives. As metatags of human malfunction, Ben Marcus’ doom-laden stories develop themes of protagonists in varying states of psychosis, seeing the world through weirdly distorted viewpoints.

In the first story, Cold Little Bird, an outwardly normal family unit of two average middle-class parents, Helen and Martin, and their two young sons, 10-year-old Jonah and the younger Lester, starts disintegrating under the subversive attacks of the scary Jonah who grimly challenges every precept of his parents’ being. He not only explains that he does not love them, but when they persist in showing normal parental affection despite his objections, he threatens politely and quietly to complain about their behaviour to the authorities at school. He rejects his parents coldly and firmly on a daily basis, creating an emotional quicksand in which their—-and the reader’s—- emotional equilibrium is shaken to the core.

As evidence of the breadth of Marcus’ virtuosity, take a look at the story entitled Blueprints for St Louis. Protagonists Helen and Roy are designers of memorials for the macabre aftermath of major calamities. We accompany them as they consider the design for a theme park to be created to commemorate aterrorist attack on a newly-built skyscraper. The terrorists had placed the bombs in the foundations, ticking lethally away till the building was completed and occupied. The bombs detonated two years later, timed to maximise the toll of death and destruction. While discussing ideas for the memorial, Helen and Roy are led into deeply revealing arguments, ranging from the mundane to the metaphysical culminating in a monument reflecting the fear and uncertainty that is symptomatic of our modern age.

All thirteen of the stories in this collection are equally profound and affecting. Ben Marcus’ huge strength is his sure-footed precision of style, every word le mot juste, every phrase crackling like lightning. Notes from the Fog is a collection of stories reflecting the results of intense and relentless analysis, each probing mercilessly to test the strength of social boundaries, as fragile psyches attempt to interpret an outside world through domestic interfaces that are full of hidden menace.

Ben Marcus is a young writer of great daring, unafraid to enter and explore inner worlds of fear, anxiety, suspicion and uncertainty. Notes from the Fog is a tour de force of twenty-first century imagination and well worth adding to your library.