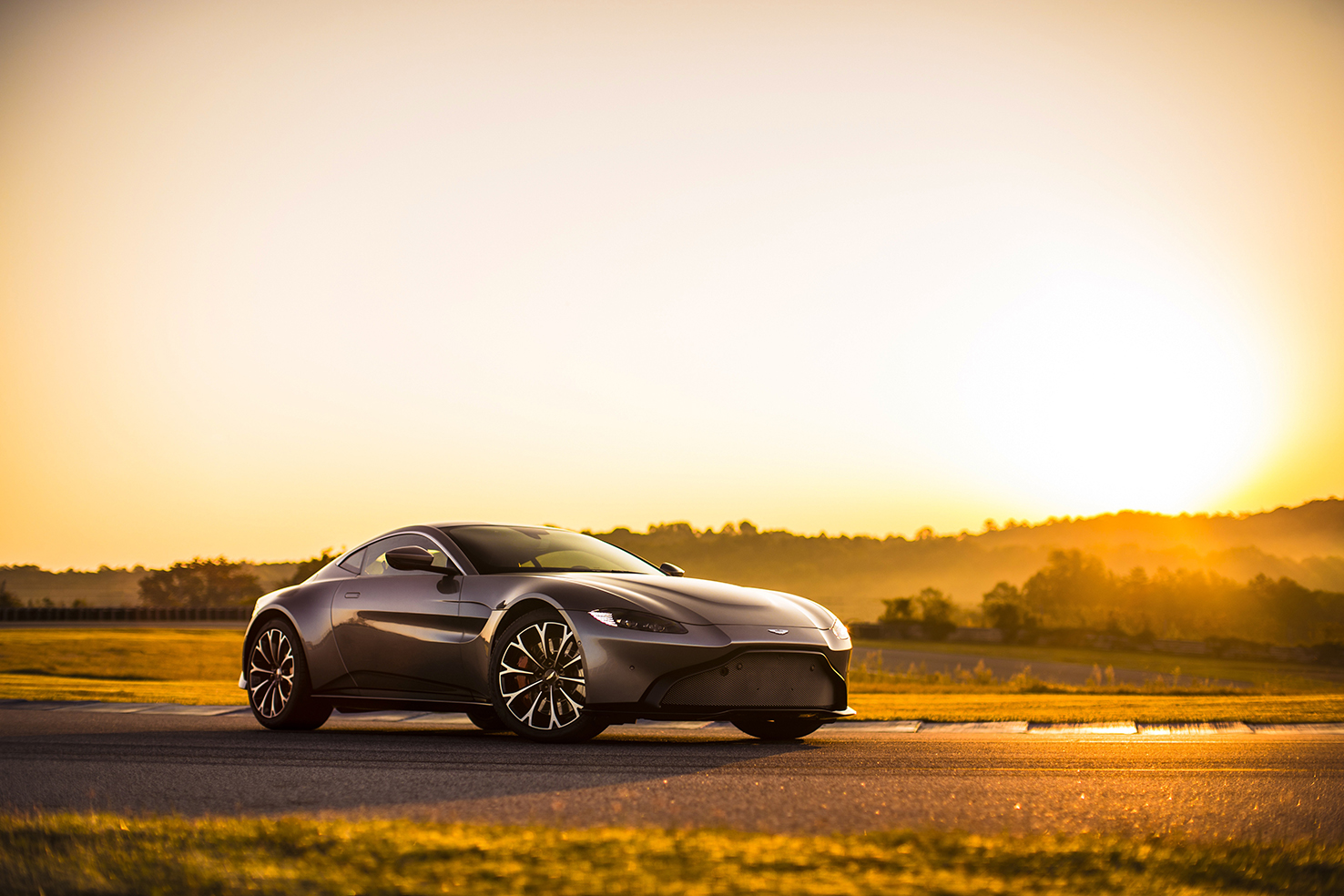 I’ve been incredibly lucky. Or should that say privileged? I’ve driven quite a number of new Aston Martins. The N420 Vantage was the first; I got hopelessly lost in that one. Then came a Rapide, closely followed-up by a DBS. Next a Virage – they don’t make them anymore – and then another Vantage, an S, I think. Yes, that‘s right. It was blue, with suspension so hard it literally threw me out of its driver’s seat when I hit a bump on the Fosse Way.

I’ve also driven the Vanquish, and the Vanquish S in both hard-top and soft-top – that’s Volante in Aston-speak – form, and so too the new DB11. But, I think my favourite drive was in the manual Vantage V12 S through Snowdonia. Or perhaps was it the N430 Vantage, up the Welsh Marches on, as I recall, a particularly frosty morning. I really should really check my notes.

I think my Aston Martin’s driven tally currently stands at 14.

If I’m honest, I’ve always preferred the Vantage to any of Aston Martin’s larger cars – it’s more of sports car you see, less the GT. Its more modest dimensions mean the Vantage is the easier to manoeuvre too – but then I am barely 5’ 7” with my boots on. 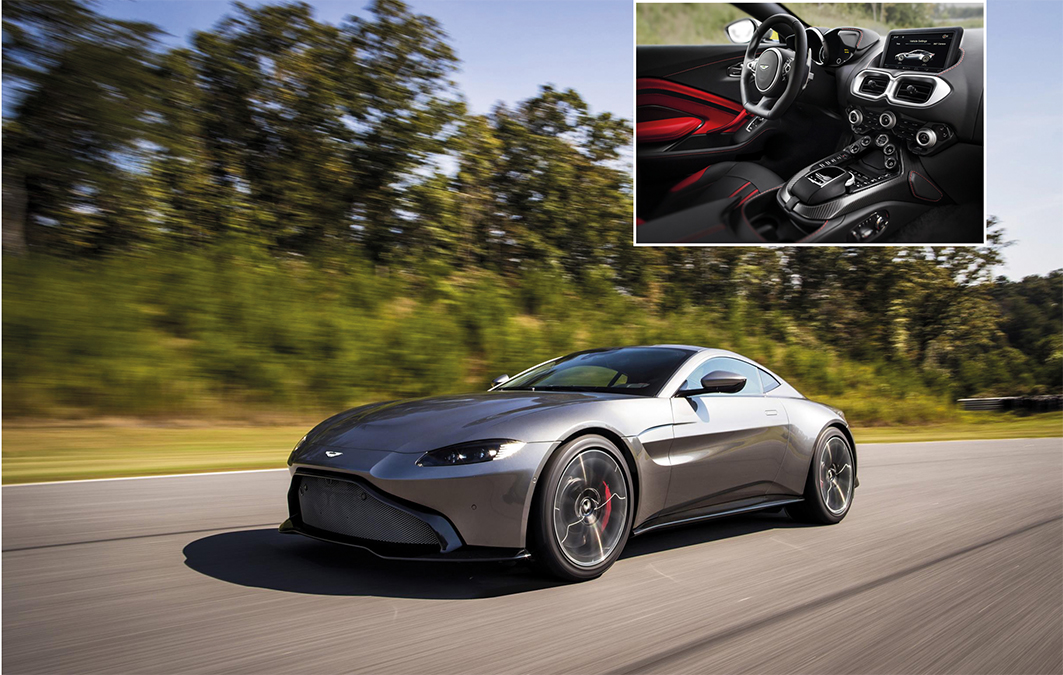 The smaller car it may be but make no mistake the Vantage represents a big deal. Not only is it the entry level into Aston Martin ownership, it’s also their best-seller. And this, the all-new one, just happens to be the first new Vantage since 2005. Needless to say then, when the opportunity arrived to spend a few days in its company, I was very keen to see whether my long-held affinity still remained.

The new Vantage is based on a shortened version of the same bonded aluminium platform that underpins the DB11, it also shares the same 8-speed gearbox. Nevertheless dynamically that’s probably where the similarities both start and end. As previously mentioned the DB11 is a GT, a bit of boulevardier. The Vantage on the other hand is most definitely more of a brute.

Swing open its swan-wing door and thread yourself in, and if you’ve driven the previous Vantage you’ll instantly notice both familiarities as well as significant differences. The driving position for instance; ensconced in soft leather, you still sit low and semi-recumbent, your knees higher than your bum.

But this is an entirely new cockpit. Ahead of you sits Aston’s new almost quadractic steering wheel, ahead of that their new (albeit Mercedes sourced) digital dashboard.  I have to admit I still prefer the old analogue dials – they had more character – but there’s no denying this electronic one is far, far, easier to read. And there are buttons, lots and lots of buttons, scattered across the centre console. They’re all soft touch of course and they feel very nicely engineered, but they do make the Vantage’s interior feel awfully busy. There’s no glovebox either. Still at least the boot’s a good size; it’ll happily swallow a weekends or more luggage. 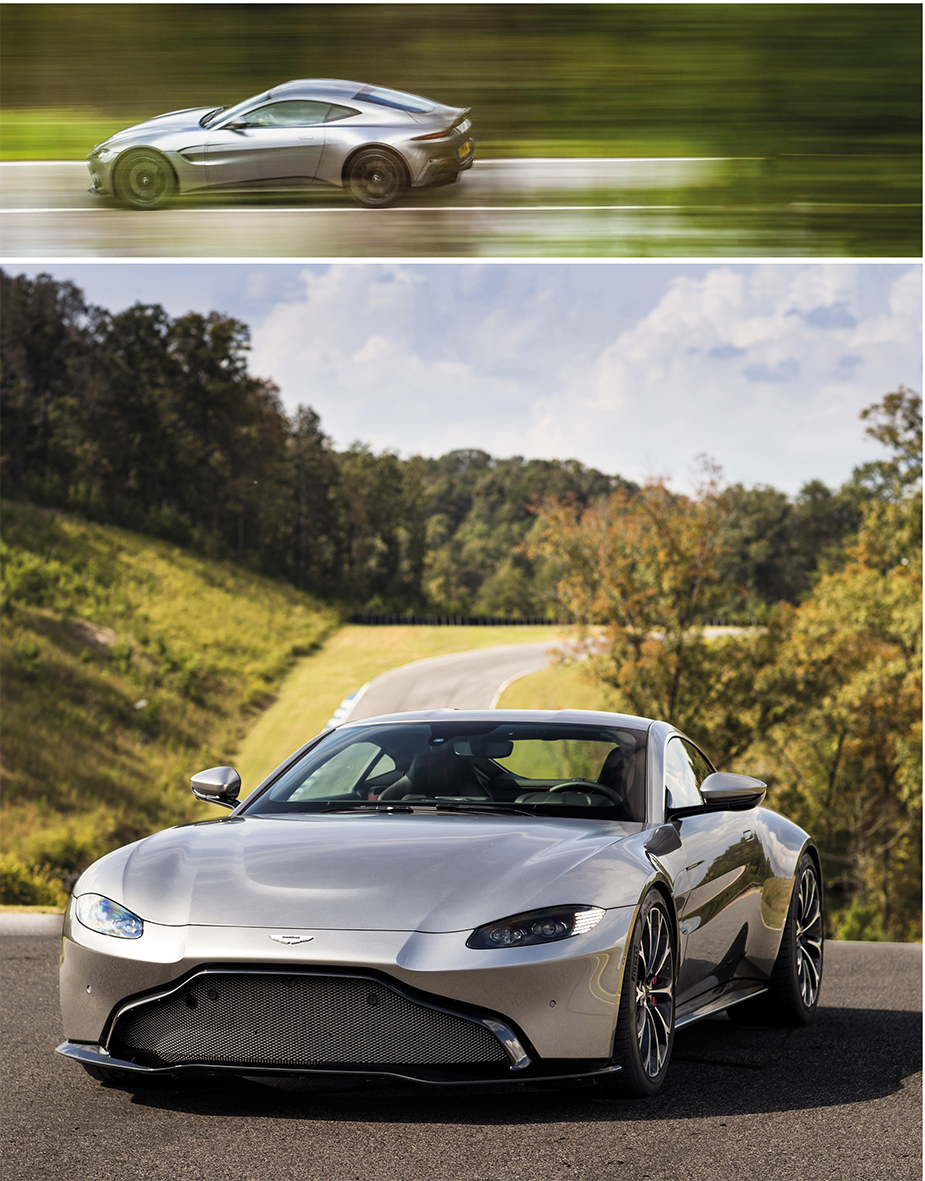 Once aboard you can’t see the end of the bonnet from the body-hugging driver’s seat, but thanks to the Vantage’s beautifully weighted, direct, and now electronic power-steering, you somehow instinctively know where it is. There’s also a camera, thankfully, to help you with parking. In fact visibility isn’t that bad. The view rearwards is surprisingly good, and you’ll always catch a glimpse of the Vantage’s unashamedly muscular rear arches in the door mirrors.

Press the starter and the motor shatters the silence. It’s bassy, deep, and deliciously woofily, just like a big and beautifully built V8 should be. Select Drive either by button or by weighty paddle-shifter, and let the fun begin.

Instantly the Vantage is responsive. There’s no noticeable turbo lag – despite there being two – and the 4.0 litre motor feels incredibly torquey regardless of your choice of gear. Choose to be lazy and it still feels like a very quick car. But then 503 bhp has a tendency to do that.

Such is its tractability and surprisingly easy-going nature, that any ham-fistedness is simply shrugged-off; the Vantage just gets on with the job of conveying you, your passenger, and your weekend away luggage in surprising comfort. Motorway cruising speeds equate to little more than to 2000 rpm in eighth. And as long as you’re prepared to put up with the inevitable tyre rumble the near steam-roller wide rear tyres create, endless gawps from kerbside bystanders – the new Vantage looks very like a certain Mr Craig’s limited edition DB10 – and 25ish MPG – as long as you drive carefully that is – you could happily cross continents in this car.

You could cheerfully annihilate most of its competition too. It’s wonderfully balanced thanks to Aston’s engineers mounting the engine as far back as possible, and in either Sport+ or Track modes, both of which are just a button press away, it is devilishly quick. Quite how quick inevitably even sportier versions of this new Vantage will be are currently anyone’s guess. Like the proverbial, off a shovel, one imagines.

Did you notice I said most of the competition?

The Vantage’s biggest rival will come in the very familiar shape of Porsche’s new 911 (or 992 to those for whom such things matter). The Porsche incidentally, is also nearly £30,000 cheaper. Needless to say I’m desperate to drive one of those too.

Will the new 911 be better than the new Vantage? These things are always subjective after all, and until I drive one I really can’t say.

What I do know however is this: The new Vantage is the best Aston Martin I’ve driven in quite some time.

Many thanks to Kevin, Sophie and Claudia at Aston Martin for the loan of their Vantage