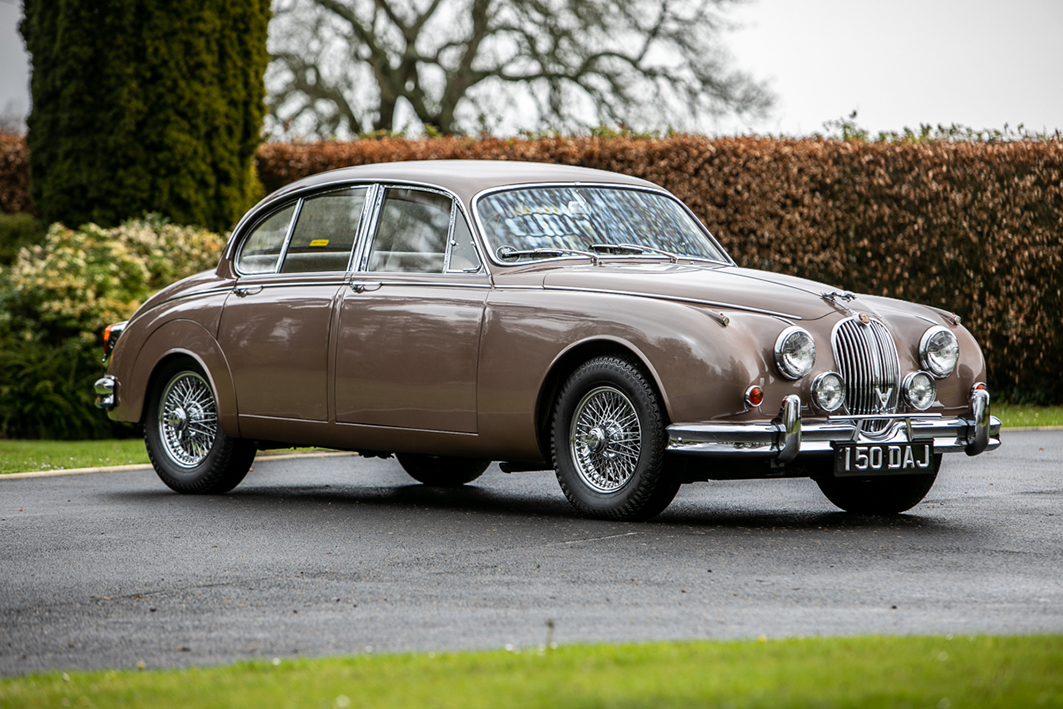 Silverstone Auctions are to bring super rare, original, elegant and sophisticated cars to the British Marques May sale at Heythrop Park on the 11th May.

It is extremely rare to be able to find real British classics with genuine low mileage and when we talk low mile-age we are looking at two cars with under 10,000 miles, a 1975 Jensen Interceptor III and a 1962 Jaguar MKII 3.8 manual with Overdrive (above).

For all Jaguar enthusiasts the MKII 3.8 is a real classic, but what makes this 1962 car even more so, is the fact it has just 8,725 miles on the clock and comes in manual with overdrive. The car has substantial history having started out in 1962 and used as a “Sunday car” before the owner passed away leaving his wife to care for the car. In the 1980s a lucky neighbour seized the opportunity to acquire the car before selling it on in the 1990s to the current vendor who had bought it for his father. Beautifully presented in opalescent bronze with cream leather interior which is gently patinated and sitting on chrome wire wheels, this car has been in storage for a fair proportion of its time. Beautifully preserved, with the doors shutting with a satisfying click and maintained by marque specialists, it is accompanied by all the original documents, handbooks, toolkit plus the article of the car as featured in Classic Cars. This really is a remarkable car and a wonderful opportunity to acquire a classic Jaguar in such condition with this low mileage at an estimated £45,000 to £55,000.

A 1975 Jensen Interceptor MKIII with just over 9,000 miles and only three owners, is also set to get bidders waving their paddles. This car looks likely to be your best possible opportunity of securing a low mileage, low ownership and never restored Jensen Interceptor. Supplied new in April 1975 in old English white with a red leather interior, this car has had just 3 owners and the current vendor had the car gifted to him by his father.   The car has always been dry stored, never required any major work and has recently been lightly recommissioned by a highly regarded marque specialist. In time warp condition, this car represents a unique opportunity to own an Interceptor with all its original factory finishes intact, which include the fluted bonnet, burr walnut facias and Radiomobile. The Interceptor comes with its original toolkit, a substantial history folder with original documents, handbook, wealth of invoices and MOTs corroborating the indicated mileage. If you are a Jensen enthusiast or someone who collects the “Holy Grail” of classic cars then this has to be a must, estimated at £60,000 to £70,000.

Arwel Richards, Auction Manager for the Heythrop sale commented: “The British Marques sale has some really significant cars being offered, with very interesting history of the British car industry.”

“We are delighted to be offering these cars amongst our lots on the 11th May at Heythrop, which will undoubtably generate a lot of interest.”

“With a Classic Car Sale the day before, with some equally rare and exotic cars, we are looking forward to a great weekend of sales.”

Enquiries for 18-month lease deals with a one-month initial payment increased 190% year-on-year in March, with Volvo vehicles the most popular choice on this type of lease deal. 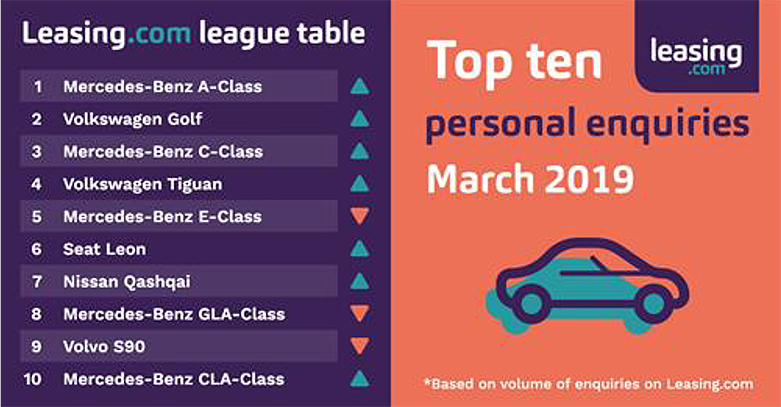 Although Volvo has launched its own subscription service, Care by Volvo, which includes servicing, maintenance and insurance, prices for this start at £500 a month for the V60. However, leasing enquiries for 18-month lease deals with one month upfront on Volvos cost between £300 and £400 a month.

Paul Harrison, Head of Strategic Partnerships at Leasing.com said: “As uncertainty takes a bite out of consumer confidence, it appears more and more people are favouring shorter-term contracts with no large initial payment.

“These are likely to be consumers coming out of existing finance deals who want or need a new car, but do not want to commit to large initial payments or lengthy contracts in a very uncertain market. There is a clear demand for short-term flexibility, but ultimately the monthly price for this flexibility has to be right for consumer budgets.”

Overall, the Mercedes A-class remains the most popular car to lease, according to the Leasing.com League Table. Four other Mercedes models appeared in the top ten for March, with the CLA benefiting from particularly attractive rates ahead of the all-new model arriving later this year. 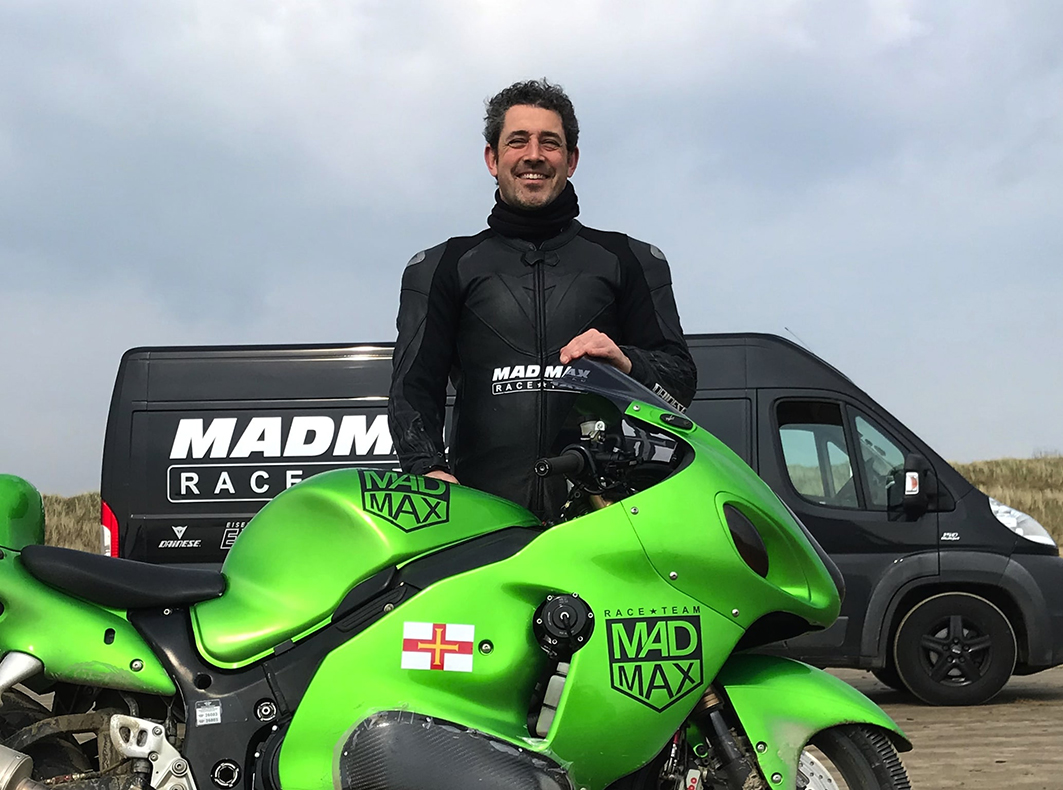 Riding a specially made 400bhp supercharged Suzuki Hayabusa that was built and prepared by Eisenberg’s MADMAX Racing Team, he set a two-way average of 182.40mph on Saturday 6 April.

In 1927, Sir Malcolm Campbell reached 174.8mph at Pendine in his iconic aero-engined Blue Bird. That record was unbroken until 2015, when actor Idris Elba achieved 180.361mph along the historic beach in a 650hp Bentley Continental Super Sport twin-turbo W12 – yet the intrepid Eisenberg needed only a single run in both directions on the ‘Green Monster’ to surpass them both, with a rear tyre that was found to be falling apart after the first run!

“The bike had been spinning the rear wheel for two miles at 240mph,” explained Eisenberg. The MADMAX team fitted a new tyre during the permitted one-hour turn-around time, enabling Eisenberg to complete his return run and establish the new record. For the third run, a harder compound of tyre was used, but the extreme demands of running at maximum rpm for nearly three miles – and constant wheelspin at such high revs – took its toll on the motorcycle’s highly stressed engine.

“I was doing 195mph approaching the end of the mile,” said Eisenberg of the moment the engine blew, “and my helmet visor and leathers were sprayed with black engine oil, obscuring my vision. I lost sight of the finish flags, but I couldn’t just slam on the brakes due to the sand. Fortunately, I managed to keep it straight and bring it to a stop”.

They will be back at the legendary venue during the Speed Week on 18/19th May with their 1200bhp Porsche Sand Racer. Painstakingly developed from a 2015 911 Turbo, this extreme machine will be driven by Eisenberg in an attempt to break the outright Flying Mile record.

His goal will also be to establish a new benchmark for the highest speed ever achieved at Pendine by a wheel-powered vehicle – a record that Eisenberg currently holds at 201.5mph on the MADMAX ‘Green Monster’, making the Suzuki the fastest-ever motorbike on sand.