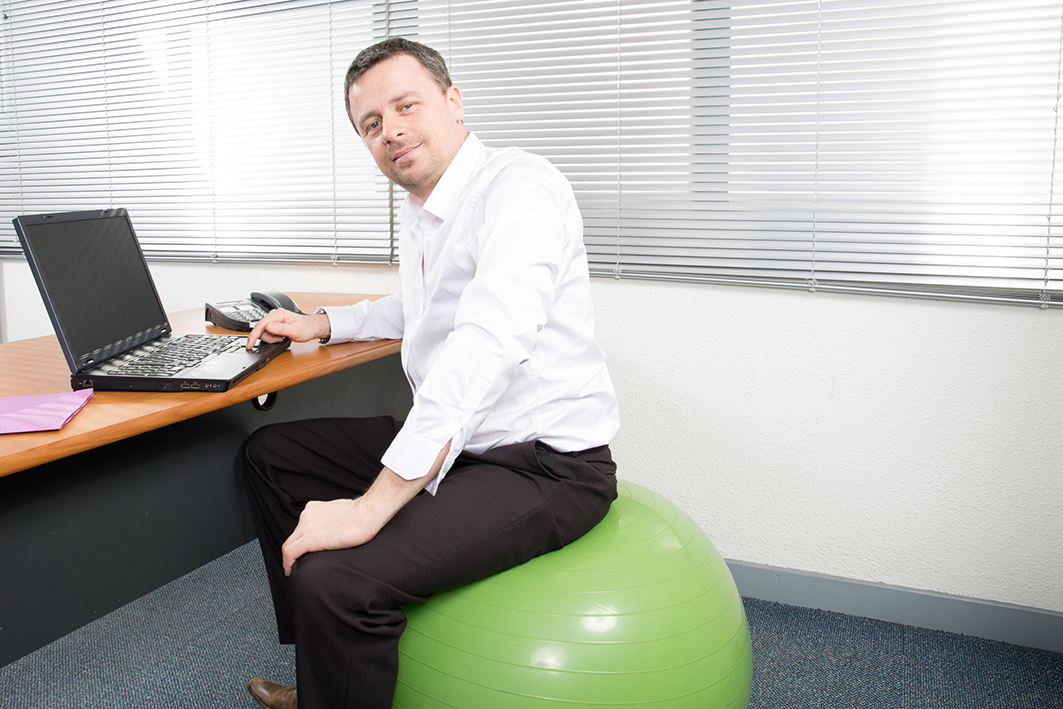 A couple of years ago, I was chauffered by bus from Schipol airport to a university campus in Amsterdam. As I looked out of the bus window, I noticed how the cycle paths in Amsterdam looked like a second established road system, complete with cycling traffic lights. I also noticed that most of the office windows extended from floor to ceiling, allowing me to look inside other people’s places of work. I saw lots of desks, but I did not see as many office chairs. Instead, there were Swiss balls parked up by the work stations. It all looked very modern and fashionable. I reflected on my own Swiss ball in the office and how I eventually removed it for fear of being ridiculed by my colleagues. Yet now, I see how certain progressive countries are campaigning for people to sit less and move more. There has even been an awareness campaign claiming that Sitting is the New Smoking.

https://ajph.aphapublications.org/doi/pdf/10.2105/AJPH.2018.304649 is the link to the recent Journal of Public Health article, published in November 2018, stating that when we sit down for more than eight hours each day, we actually reduce our life expectancy by 10-20%. Further analysis of these claims, have failed to show that sitting does, in actual fact, harm us as badly as smoking, but rather than split hairs over which habit is worse, why not swap the office chair for an exercise ball and thereby avoid a sedentary style of working in the first place? 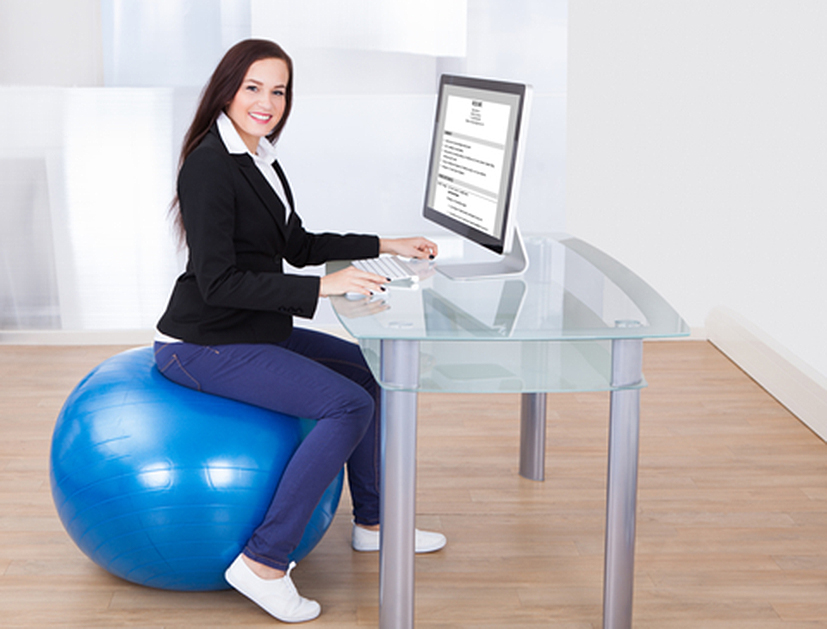 A simple exercises ball costs around six pounds. It takes a little getting used to, since the natural impulse when sitting on a ball is the same as when testing out a new mattress- we bounce! Heaven forbid that bounc-ing on an exercise ball at work may be fun, since work is not play, after all. But, if employers understood that by swapping the static office chair with a cheap and cheerful Swiss ball, the workforce was less likely to require sickness leave, I suspect that the humble exercise ball would suddenly be taken more seriously.

So, let us look at the evidence supporting the use of an exercise ball at work in lieu of an office chair:

In 2016, an article in the Journal of Clinical and Diagnostic Research reported that an important core stabiliser called transversus abdominis was used more when performing exercises on an exercise ball as opposed to exercising on an exercise mat. https://europepmc.org/articles/PMC5296563.

Again in 2016, a randomised controlled trial was published in the journal “Spine”, which showed that sitting on an exercise ball for 90 minutes for five days a week over an eight week period resulted in improved core stability muscles, but no significant influence on back pain https://pdfs.semanticscholar.org/da77/f728d386df299969a55d4161359b1e66b6cd.pdf.

In 2016, yet again, another publication reported improved balance in older people who exercised with a Swiss ball https://core.ac.uk/download/pdf/74352781.pdf.

A 2013 report showed that the Swiss ball improved sitting posture in office workers, https://www.researchgate.net/publication/233956183_Sitting_on_Stability_Balls_Biomechanics_Evaluation_in_a_Workplace_Setting but sadly, they also found that approximately 40% of workers using the Swiss ball experienced lower back pain. This report of back pain with prolonged use has been mirrored in other publications, although it was unclear whether the Swiss balls were fully inflated at high pressure, since the authors also reported that there was increased contact between the derriere and the balls in comparison with a conventional chair. The increased sitting surface would occur with a partly deflated ball and a less pressured ball is more stable, allowing for less optimal sitting postures to creep in.

This is a link to a totally non-scientific article regarding the use of a Swiss ball in the office. I’ve included this link due to the number of Swiss ball users who commented on the site http://www.gearfire.net/10-reasons-to-use-an-exercise-ball-as-your-chair/

The main down-side to sitting on a Swiss ball has to be Negative Attention. As one article reported so eloquently, it is easy to look like a total “donkey hollow” https://jezebel.com/sitting-on-an-exercise-ball-at-work-yields-no-results-o-472679928 while bouncing around the office on a large inflatable pink ball.  So, in the UK, we may worry about our image, but in other progressive countries, the office exercise ball is like a well-kept secret, or, as the Dutch say, “Nu komt de aap uit de mouw”. So there!