Choir members / on the door  www.swanseaphilchoir.org.

On Thursday 21st February the staff at the Brynhyfryd House nursing home in West Cross hosted a coffee afternoon in aid of Pancreatic Cancer UK. Together with friends and families they raised an amazing £620 in memory of Roy Escort. 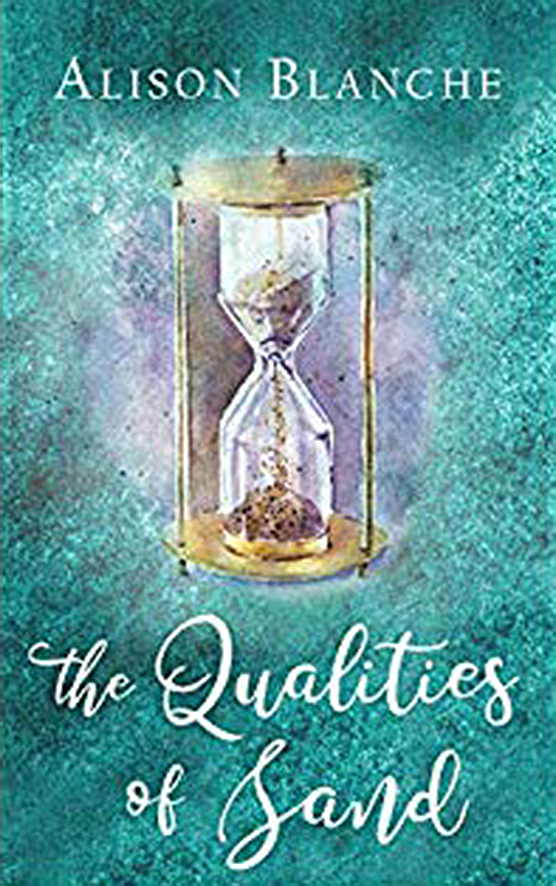 THE QUALITIES OF SAND ALISON BLANCHE

The Qualities of Sand is the debut self-published novel by Alison Blanche. Partly set in and around Swansea and Gower, it deals with the subject of adoption.

Do we judge ourselves more harshly than others judge us? Would our lives have been very different if we had trusted someone with our innermost secrets?

Everyone is hiding something. Martha has kept her secret all her adult life, hiding her own feelings as she helps her son John cope with the loss of his wife Evie and raise their two young children. Tom is a paralegal. It’s his job to delve into the lives of others and uncover the truth, but is he equally perceptive in his private life? Alice harbours the darkest secret of all – too terrified to tell anyone. And even Evie, prior to her untimely death, surreptitiously sets in motion the events that will change all their lives.
On a beautiful autumnal day, at a picturesque beach on the South Wales coast, a breath-taking castle is made out of sand…

Congratulations to Diane Athernought of Mumbles on winning tickets to see the Solid Silver 60s concert in the Grand Theatre. Diane correctly answered the question. Who did Peter Noone sing with? The answer was Herman’s Hermits. 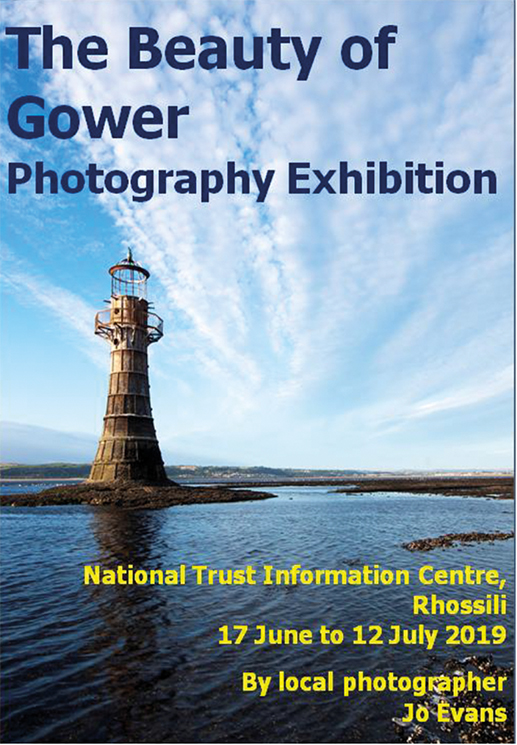 THE BEAUTY OF GOWER JO EVANS

There will be a photography exhibition by local photographer, Jo Evans at the National Trust Information Centre, Rhossili 17 June to 12 July 10.30 to 16.30 daily. FREE entry.

Gower is famous throughout the world for its beauty and photographs of well-known views often appear in the national press.

Local landscape photographer Jo Evans has produced a collection which displays the breadth of incredible views that our local landscape can offer.

Members of Swansea Round Table and Mumbles 41 Club have targeted a number of local charities in recent months that will benefit from monies they have raised principally via the annual Christmas sleigh run last December.

Thanks to the extremely generous giving on the part of the public in excess of £2,000 will go to local charities such as Ty Laura Children’s Home, Swansea 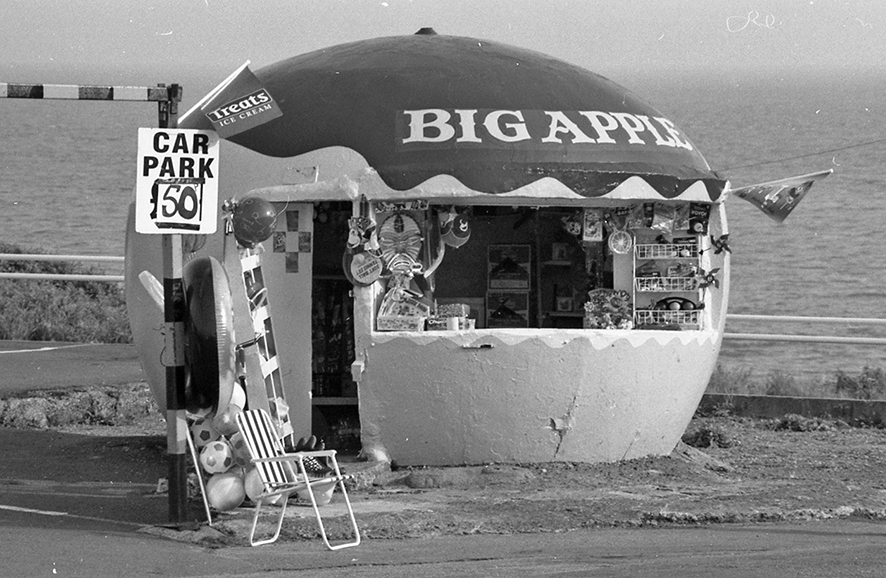 SWANSEA – THE TIME OF OUR LIVES APPLE OF OUR EYES

The Big Apple has been one of the city’s most recognisable landmarks for generations, and recently it has been given listed status by Welsh Government heritage body Cadw. They value the elliptical concrete building for its special architectural interest as a rare and unusual example of a seaside refreshment kiosk. Even if that wasn’t the case, the iconic structure is not short of a few friends. After suffering extensive damage when it was hit by a Ford Fiesta in August 2009, more than 27,000 people backed a campaign to safeguard its future that saw it repaired and rebuilt. The image, captured in the 1980s, is one of more than 300 nostalgic images in Swansea the time of our lives, the latest and 21st consecutive book produced by David Roberts. It captures many fantastic glimpses of Swansea in the past as well as offering candid shots of the social side of all our lives.

For details on how to obtain a copy or share pictures for a follow up book this year, visit www.bryngoldbooks.com or phone 01639 643961.

WHEN THE RAVENS CALL STEPHEN GULLICK

Local author Stephen Gullick has self-published a novel which is set in and around South Wales.

Recently widowed Robin Hemming is drifting – drinking too much and more than a little self-pitying. Then things start happening: he unexpectedly comes into a large inheritance; his brother-in-law John, persuades him to go on a walking holiday in West Wales; someone else appears interested in Robin’s news and, in particular, the gift that John implies Robin will receive during his holiday.

The lucky winner of the Burgon & Ball tools was Mr M Barnston of Porthcawl.

Enjoy a live and interactive animal showcase with Geraint ‘The Snakeman’ Hopkins. Go along and find out all about snakes, spiders and lizards and handle some if you dare. Learn about the conservation and welfare of these fascinating creatures and be entertained by the many tales of Geraint and his companions.

Join in a crafty workshop at the castle and make your own mediaeval crown, princess tiara, badge or bookmark.

Drop in any time between 11.30 and 15.30. Suitable for children aged 3 – 11. £1 per child plus normal admission charges apply. Parents are required to stay with the child during the session.